The situation is actually pretty good, relatively speaking. Things will heat up even more once the students return in the fall. There are students out there putting money down right now for suites they won't occupy till August that's how desperate some are.

there is also many of students out there trying to sublet their current units for the summer months so they don't have to give up their suite  and come back and have to find a new, higher priced rental

I wonder if the owners of the buildings are aware of this. I know I wouldn't be allowed to sublet.

Indeed. Many are doing it without the lanflord’s permission, and they might find they have no apartment upon their return to Victoria. Subletting is a huge no-no unless you’ve got written permission.

Indeed. Many are doing it without the lanflord’s permission, and they might find they have no apartment upon their return to Victoria. Subletting is a huge no-no unless you’ve got written permission.


I dont get why they wouldn't get the written permission. Landlords are basically not allowed to say no to sublet requests.

When was that rule implemented?

For assignments, a landlord can collect information and perform a credit check on a proposed tenant and can refuse to allow the assignment if they aren’t satisfied that the proposed tenant will be able or likely to pay rent. The fees associated with confirming a proposed tenant’s suitability cannot be passed on to the original tenant.

However dispute resolution is possible if:

Tenants can apply for dispute resolution if they believe their landlord has been unreasonable in refusing to allow a sublet or assignment.

When was that rule implemented?


been the rule forever but not sure how well it’s ever been tested.

The way I read the tenancy act if the rental is month to month then the tenant can not automatically sublease. If it is fixed term and there is 6 months or more remaining on the term then the landlord can not “unreasonably” withhold a sublease.

Assignment and subletting
34 (1) Unless the landlord consents in writing, a tenant must not assign a tenancy agreement or sublet a rental unit.
(2) If a fixed term tenancy agreement has 6 months or more remaining in the term, the landlord must not unreasonably withhold the consent required under subsection (1).
(3) A landlord must not charge a tenant anything for considering, investigating or consenting to an assignment or sublease under this section.

^ yeah good point. That's actually one of the rare arguments in favour of going month to month!

Couldn't you just let a "guest" stay in your unit and you continue to pay the rent? Obviously has some risk associated with it.

A guest is no longer a guest after 7 days (I think).

There are only so many days a guest can stay. I was going to have someone stay in my place when I went on vacation in February. My landlord said I either had to put them on the lease or sublet to them for a month.

Here is how “guests” are referred to.

Per Sparky's link, 14 consecutive day limit is not an unreasonable maximum (it's not in the law, but it is in one of the RTB decisions). So having someone 'house-sit' for a month does not have to be allowed by a landlord.

My guest would of been there for a total of 40 days.

I wonder how this subletting works when it comes time for the person to leave the premises and they say they don't want to?

You think you got it bad...

One tenant who didn’t want to be named told The Post that he and the others had just been ordered to vacate the top floors.

He said the landlord — whom he would not name — had charged him $600 a month for his tiny unit, where he’d lived  for the past two months.

He couldn’t say how many tenants shared the condo with him. “I don’t know exactly how many,” he said, as he walked away carrying two large suitcases. “But there was a good amount.” 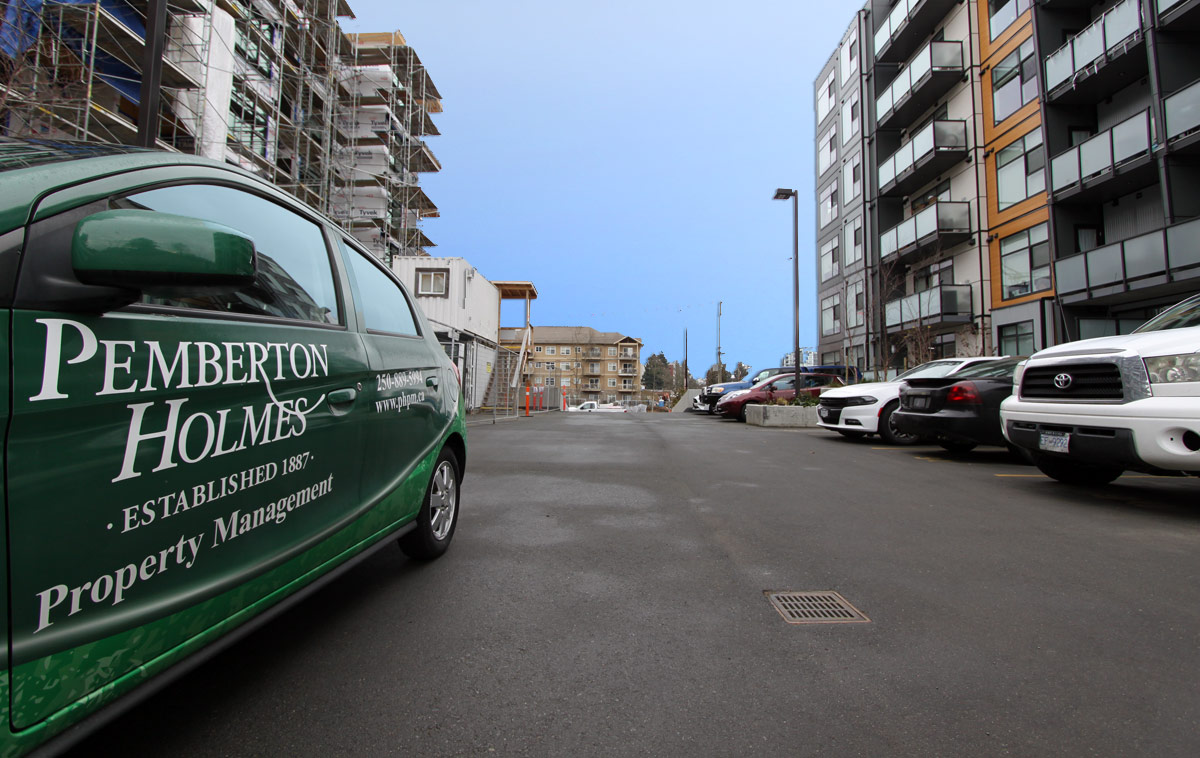 A Pemberton Holmes vehicle is parked between two Langford rental properties, Peatt Commons, phase 1 which is now fully leased, and Peatt Commons, phase 2 slated for completion in early 2020. The Westshore, and in particular the City of Langford, has absorbed the Capital Region's majority of new rental density since 2015, with much of the inventory of modern apartments managed by Pemberton Holmes' Property Management Division.

fA surge of purpose-built rental apartments on Victoria’s Westshore has been a driving force in the rebound of housing availability in the Capital during a prolonged vacancy crunch.

Since the mid-2010s dozens of rental complexes have materialized from Sooke to Sidney, but nowhere has their impact been more pronounced than in the City of Langford where 2,000 out of a regional total of 3,700 new apartment suites were completed in recent years, according to Citified’s data.
With a population of 35,000, the municipality has absorbed Greater Victoria’s highest per-capita share of new rental inventory thanks largely to its rapid-fire municipal approvals process, a welcoming attitude towards densification and the public’s growing recognition of Langford as a desirable urban-meets-suburban community. [Full article]

Since the mid-2010s dozens of rental complexes have materialized from Sooke to Sidney, but nowhere has their impact been more pronounced than in the City of Langford where 2,000 out of a regional total of 3,700 new apartment suites were completed in recent years, according to Citified’s data.

Good to know. So these are completed units? What's the time period covered? And how do those numbers compare to the City of Victoria?

If Langford is a new urban center, that boosts the case for improved use of the E&N right-of-way, methinks.

The CMHC's 2018 rental market report shows Langford/View Royal/Colwood/Sooke together as having more rental apartments than Oak Bay does, but they're still a long way behind Esquimalt. 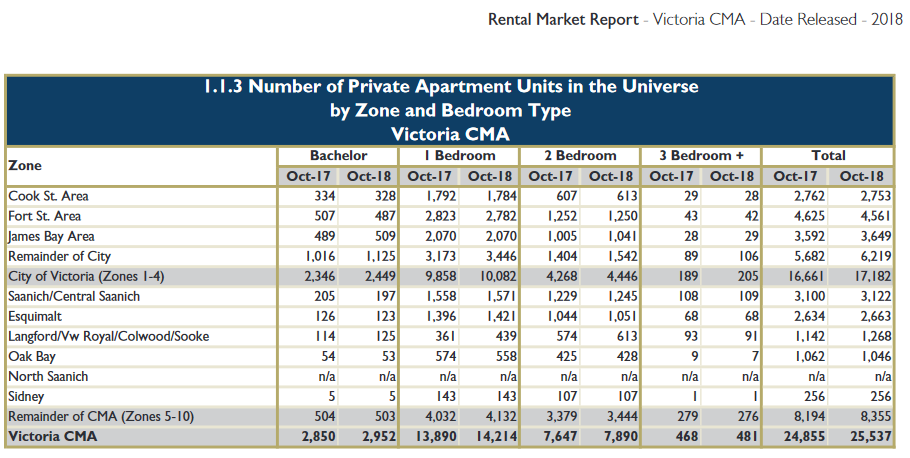 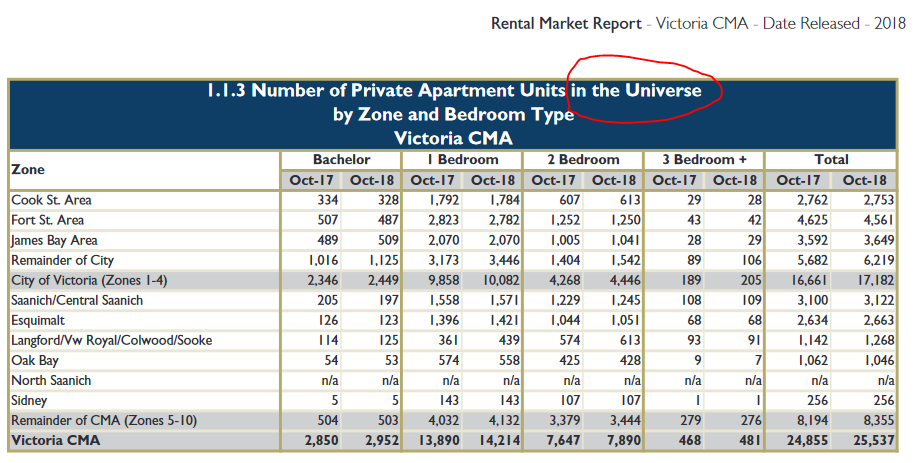