Deaths of notable Victorians (and others)

Just to reiterate this is the Tom Ferris of Ferris’ Oyster Bar, not the SD61 school board trustee.

I don't know why one didn't bite the bullet and call himself Thomas because for years I thought they were the same guy.

Leroy Earl (Bus) Fuller, the 90-year-old founder of the B.C.-based Earls and Joey restaurant chains, died on the weekend, according to a statement from his family.

The long-time resident of West Vancouver leaves behind a restaurant legacy that spans 65 years.

^Very sad. We can thank him for bridging the gap between expensive formal dining and reliable cheap chain restaurants.

and making "somewhat fancy" easy to find in other cities.  what i mean is you know what you are/were getting if you ran into an earls or cactus or moxies in another city.  there are still not a lot of chains in that space really.  keg or milestones i guess. compared to chain outlets in the fast food space anyway.  like mcdonalds tim hortons other burger and chicken and taco places.

She served in the Dental Corps in WWII and was an Eaton's manager and then a long time union delegate, CUPE BC President and national Vice President. She was  the NDP candidate in the 1979 provincial election. Although the NDP dominated the south island and stole seats from the Socreds that year, Overgaard was ultimately unsuccessful as she ran in wealthy Oak-Bay/Gordon Head where she lost to Socred Brian Smith and barely edged out an unusually strong showing by the Conservative candidate.

Ryan Nicholson, a Victoria-raised makeup-effects artist with more than 140 film and television credits, died Tuesday after a two-year battle with brain cancer. He was 47.

He was a member of Disturbed Company, one of Victoria’s first rap acts, and ran Front Row Video in Fernwood before it closed in the late 1990s.

Born in Hampshire, England, Hoar was known on that side of the Atlantic as a cyclist. Although he placed well in races in Britain, Ireland, Egypt and Holland, and competed in the 1954 British Empire and Commonwealth Games in Vancouver, his greatest fame came from the 1955 Tour de France, when he won the Lanterne Rouge.

He built the wheelchair in which [Man in Motion Rick] Hansen began his round-the-world journey (and that the Man in Motion crashed while preparing for the Boston marathon...)

Research scientist and tree physiologist Dr. George Sydney Puritch passed away at the age of 76. He invented effective ways of killing bugs with fatty acids and developed Safers Insecticidal Soap. 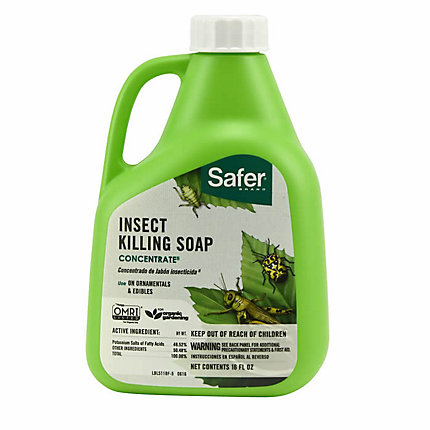 He came to Canada along with his father and three other brothers where they started the famous Dutch Bakery on Fort Street.

Wayne Kalnciems, the voice of Monty's Showroom Pub at the Victoria Plaza Hotel and the man who was recently called up by local media to opine on the massive fire that brought down the building, has passed away. I think he was in his late 40s.

He was a lot of fun. Way too young to leave us.

He was a lot of fun. Way too young to leave us.

that article puts him at ~45 now.  with a 13-year-old son now.  article also reminds us he did that boob cruise that had some of the harbour users upset at least when the first one happened.

I suspected Hobbis was worried about tourists on his little ferry boats witnessing lewd, alcohol-fuelled hijinks. But he told me that’s not the case. It’s more the principle of the thing.

"I’m offended on behalf of my wife, my daughters and my granddaughters. It’s just not the kind of event we need in downtown Victoria," said Hobbis, whose wife chairs the Downtown Victoria Business Association. "Should we sign up for a boob cruise that advertises naked women and liquor? Jesus Murphy."

Before Chicken permanently leaves the roost, his swan song will be mounting the second annual Boob Cruise.

Devotees of cocktails, music and exotic dancers can pay $99 to take the yacht trip on July 12 (tickets at Lyle’s Place).

It will be enjoyable, promised Kalnciems. After all, the first one went swimmingly.

“Nobody died,” he said. “Nobody fell overboard, nobody got murdered.”

Here's the article about Fernando Fernandez, the biker that died in Port Renfrew:

He owned Fernando's Music Service and Mariner's Pizza and later worked in the health care industry.

We missed this important passing from this August: farmer Vern Michell at age 88.

“He started farming when he was 13 years old with his grandpa, using a horse and a plow,” said [his son] Terry. Later on, he helped to clear land for various infrastructure projects. “He talked about those days all the time.”

But if Michell learned early on what it means to earn bread with the sweat of his brow, Michell also spent his youth playing baseball, digging for clams and fishing for coho after a day’s work, and he never considered farming a biblical curse. If anything, it was a calling, passed on from previous generations.

Michell readily followed his ancestors footsteps, working alongside family members, including his two late brothers, Francis and Wilmer. This generational project has made Michell’s Farm an iconic part of the Peninsula. Since its establishment in the latter part of the 19th century, Michell’s Farm has grown from 100 acres to its current size of 400-plus acres, producing over 4,000 tonnes of produce annually, in proving that farming has a future in the 21st century.

Here's the article about Fernando Fernandez, the biker that died in Port Renfrew:

He owned Fernando's Music Service and Mariner's Pizza and later worked in the health care industry.

he was riding with friends when it happened. but of a freak crash sounds like. also sounds like maybe his friends did not notice his crash initially.

The stretch where he crashed is notorious for motorcycles going full throttle. I’ve been passed by a bike easily going 200km/h, while I was doing 80. The bike appeared (overtook me) and disappeared ahead within seconds, it was going so fast.

In fact, the entire route between Sooke and Renfrew is notorious for bike accidents due to the windy road and unforgiving conditions like moisture where you don’t expect it and lots of bumps.

If you took Economics at UVic you likely know of Professor Emeritus Colin Jones.

...he joined the Department of Economics at University of Victoria as an instructor in 1963. He was promoted to professor in 1979 and served as department chair from 1999-2000. Professor Jones retired in 2002 but continued to teach part-time until 2006.

In 1970 he lectured on one of his specialties, the NHL. Unlike in business where destroying your competitors leads to success, Jones said an NHL team's box office success depends on uncertainty: that idea that any team can potentially win and that overall league stability depends on the draft and reserve.

Peter Smart has died. He was Professor Emeritus in Mathematics at Royal Roads Military College. In 1974 Smart ran federally for the NDP in the Esquimalt-Saanich riding losing to PC Don Munro.