Nope headed for the airport now. Be home at 8:00

Of all the times I've been to Tofino/Ucleulet I've never come across the Bog Trail in Pacific Rim National Park until this past weekend. 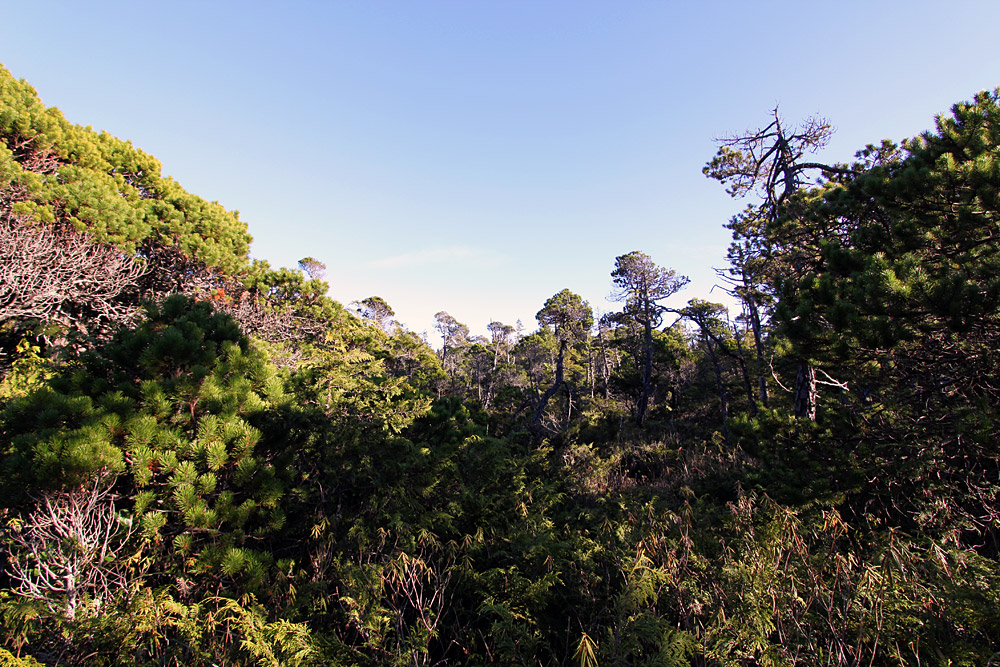 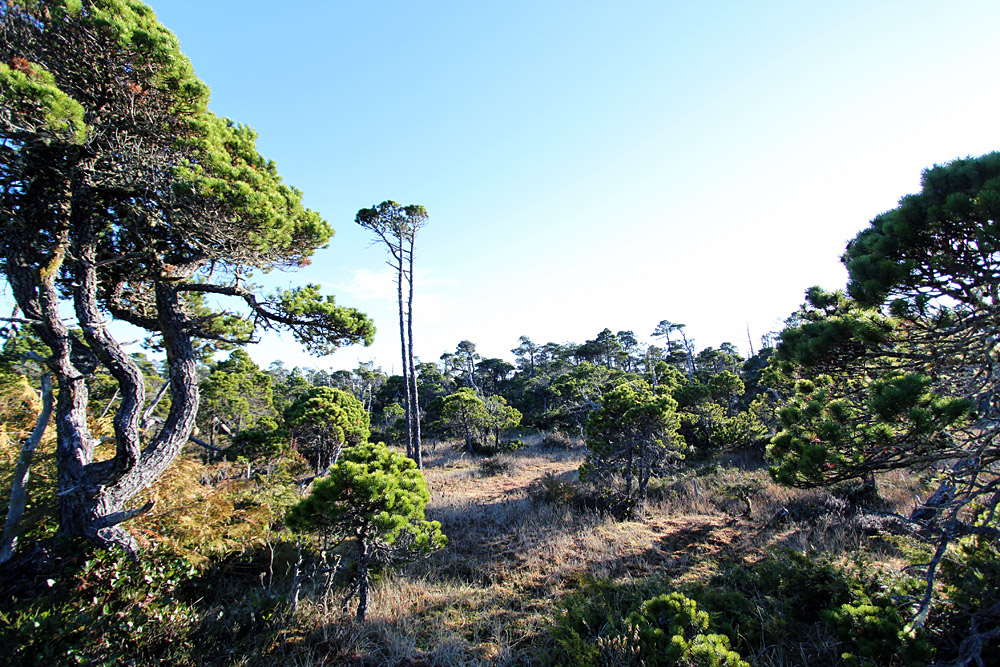 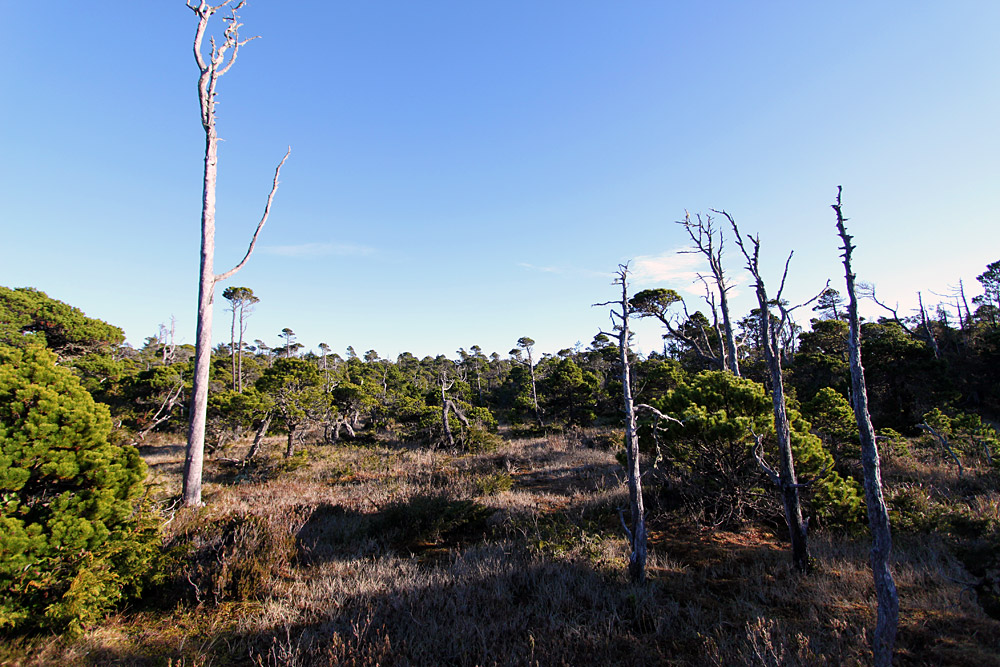 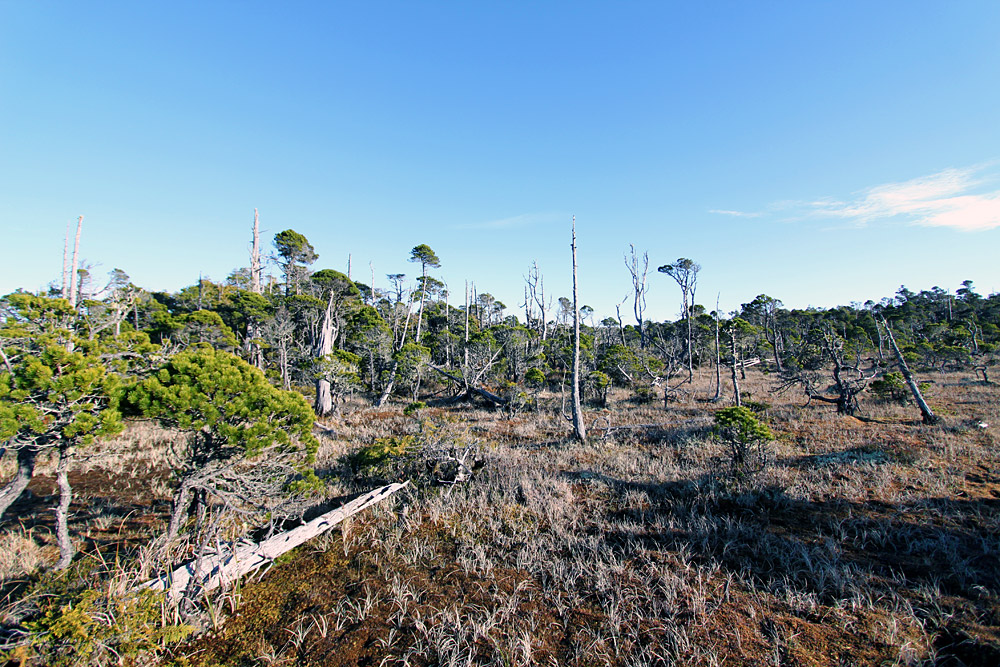 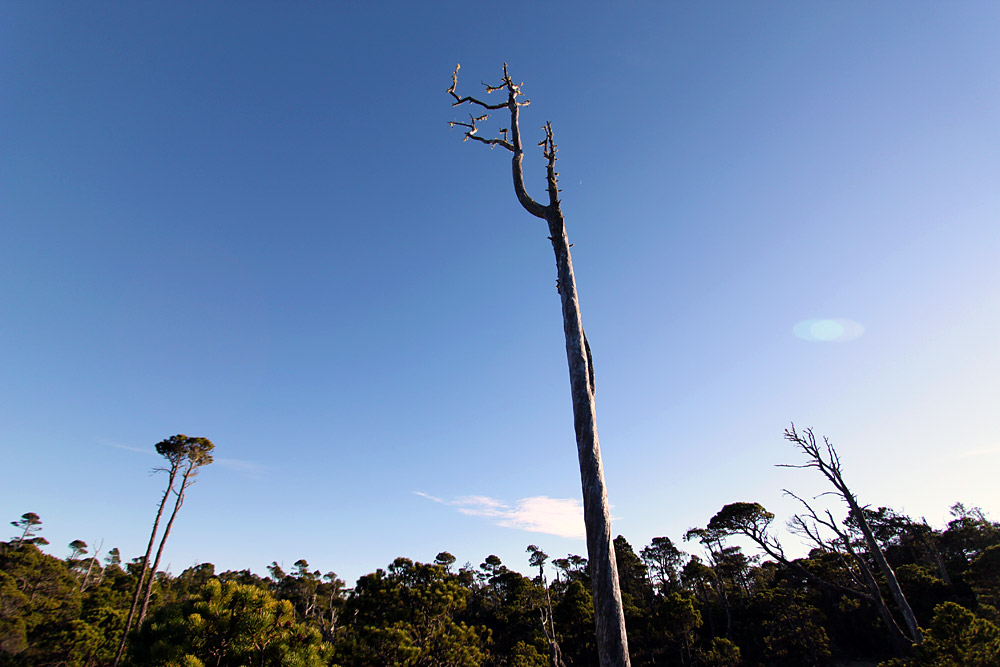 Mrs. Sparky and I are planning on travelling to as many gulf islands as we can by car this year and see what the different islands have to offer.

This weekend we went to Gabriola and stayed at Marina's Hideaway Bed and Breakfast. This was our first B&B experience and we honestly did not know what to expect. This facility is situated on the North West corner of the island and I must say it was absolutely delightful. The breakfasts were superb and the accommodations were private, super clean, and tranquil. Here is the view from our deck. 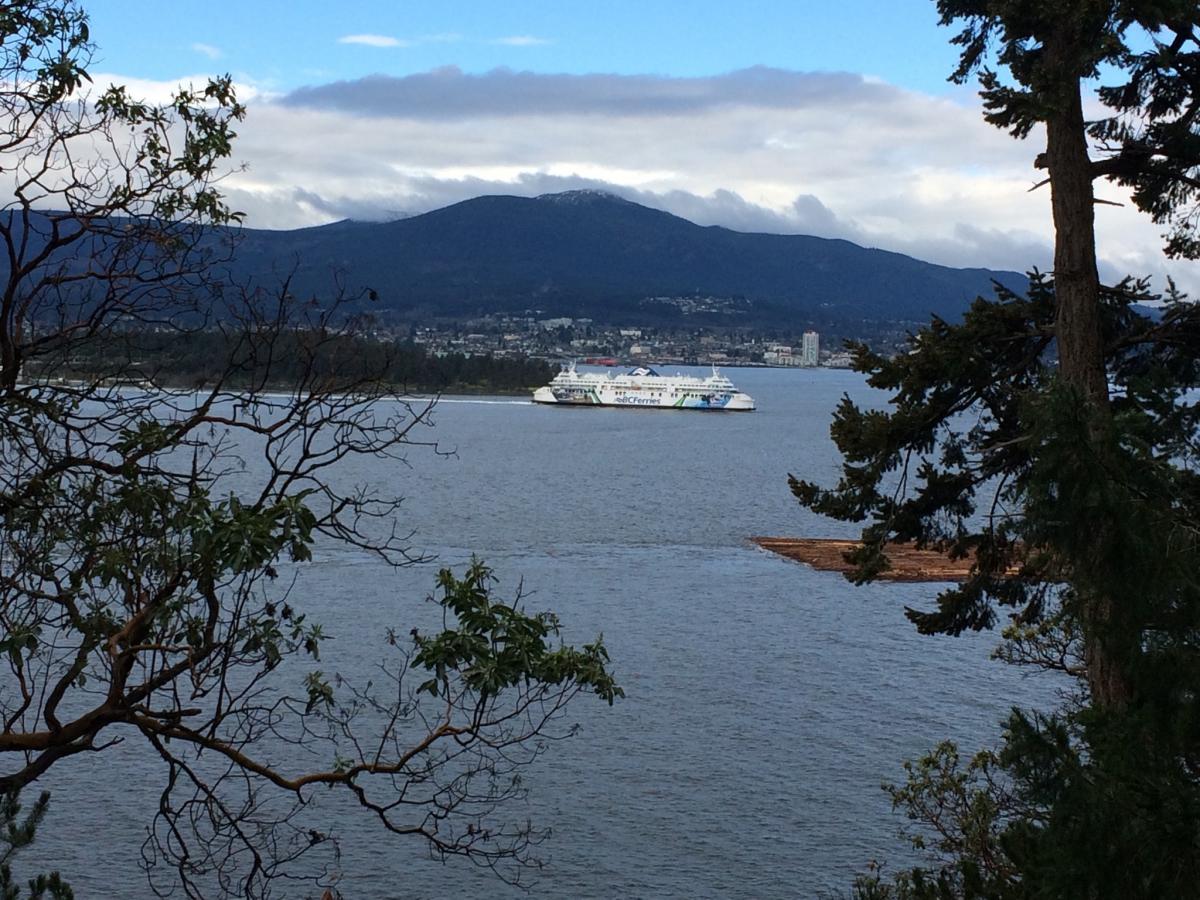 The island was kind of fun to explore. There are a ton of hiking trails, a few parks, a marina, and a little shopping village.

There are a few restaurants there, and the ones we went to served very high calibre meals. Here is our view from the dinning table at the Surf Lodge. 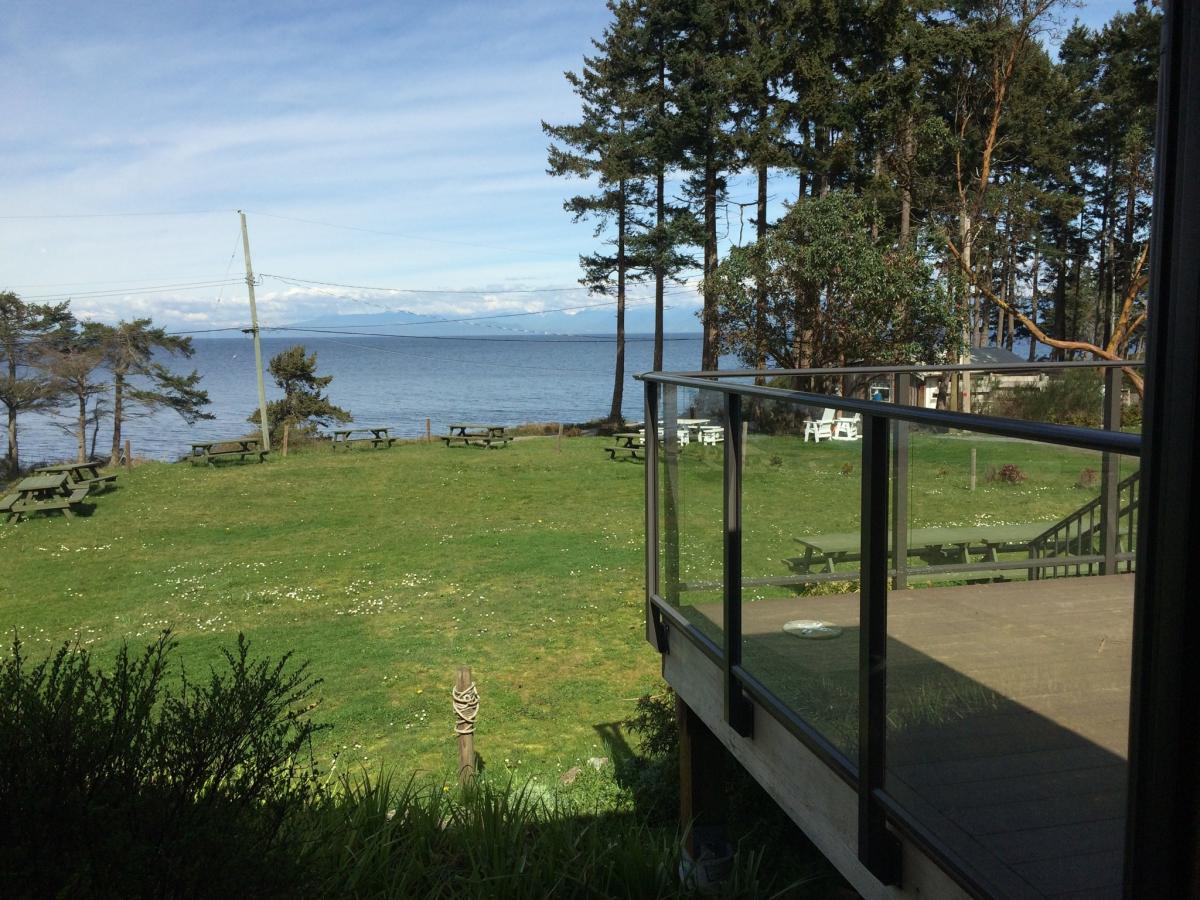 The ferry leaves from behind the Nanaimo downtown shopping mall and takes 25 minutes or so. Well worth the experience.

Our second island in the series is a favourite of ours, although our last visit was in the late 70's. It has mellowed a little since then as the hippie culture of yesteryear has matured, but the eclectic vibe of the island is alive and well.

This island is off the beaten track. You won't come here by accident, but be careful. A large number of permanent residents didn't know that they would spend the rest of their lives here when they first stepped foot on this mystical island in the Pacific.

The weatherman promised to deliver a summer-like weekend, so we broke from our normal weekday pattern and began our journey early last Friday on the Mill Bay ferry. This is probably the only ferry in our province that is not absolutely necessary, but traveling this route is absolutely delightful. We use this ferry whenever possible. The drive from Mill Bay will take us to Buckley Bay where another ferry took us by cable to Denman Island, then across Denman to the third ferry which delivered us to our destination.

Perched high on a cliff overlooking the Salish Sea is a small cabin waiting for us to arrive. We immediately unpack our things and get settled. We switch ourselves over to island time. 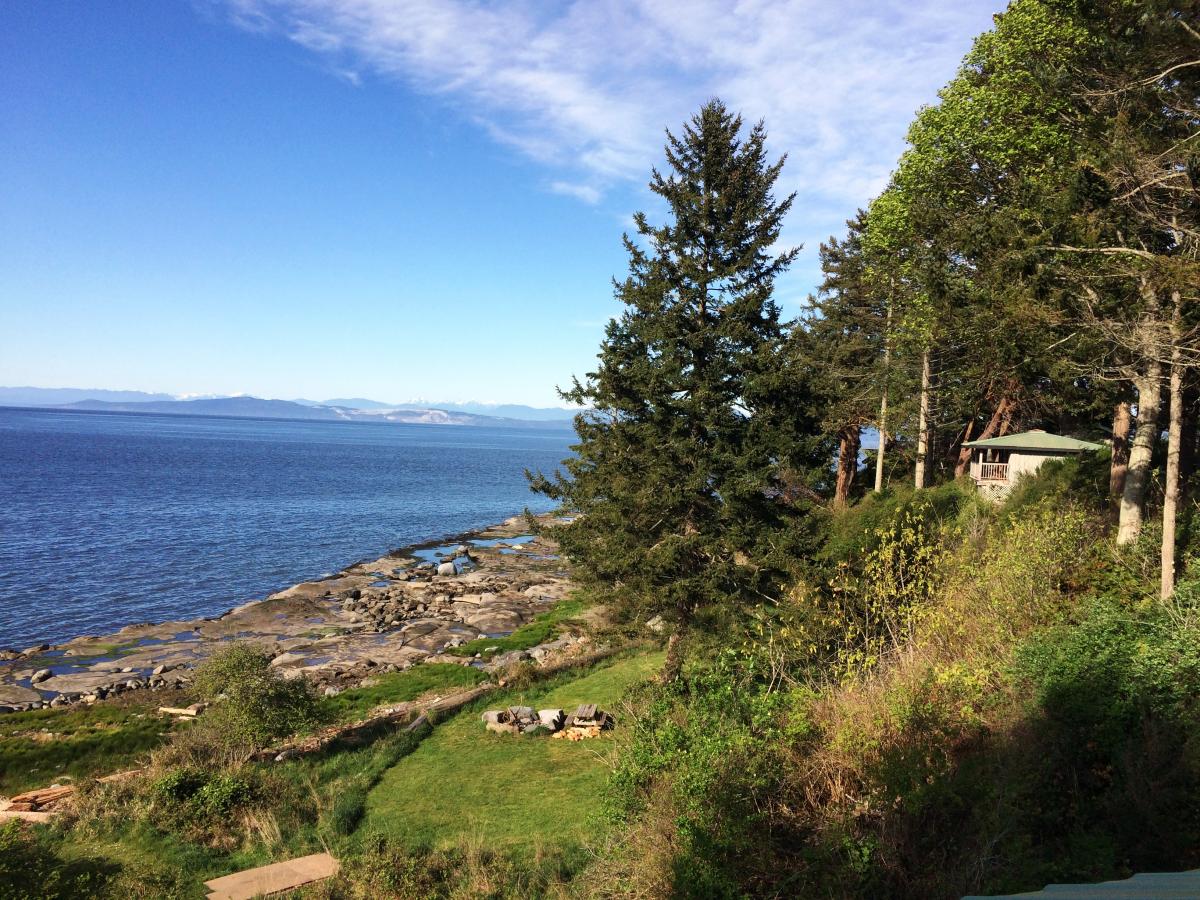 Step one is to listen in to the homegrown FM radio station. CHFR started out as a pirate radio broadcast over a decade ago but was "busted" by the feds when a listener complained. They now operate legally with a vast number of volunteers, each sharing DJ duties and playing almost every genre of music you could imagine. The entire time we were on the island, we did not hear a song that we had heard before or learned of a musician that we have heard before. Shame on us. They have their own cute little building located by the baseball field. The sign on the inside of the front door clearly states that liquor is not to be taken outside the studio. Perfect. We swung by the station and met "Disheveled", the radio host for the moment. 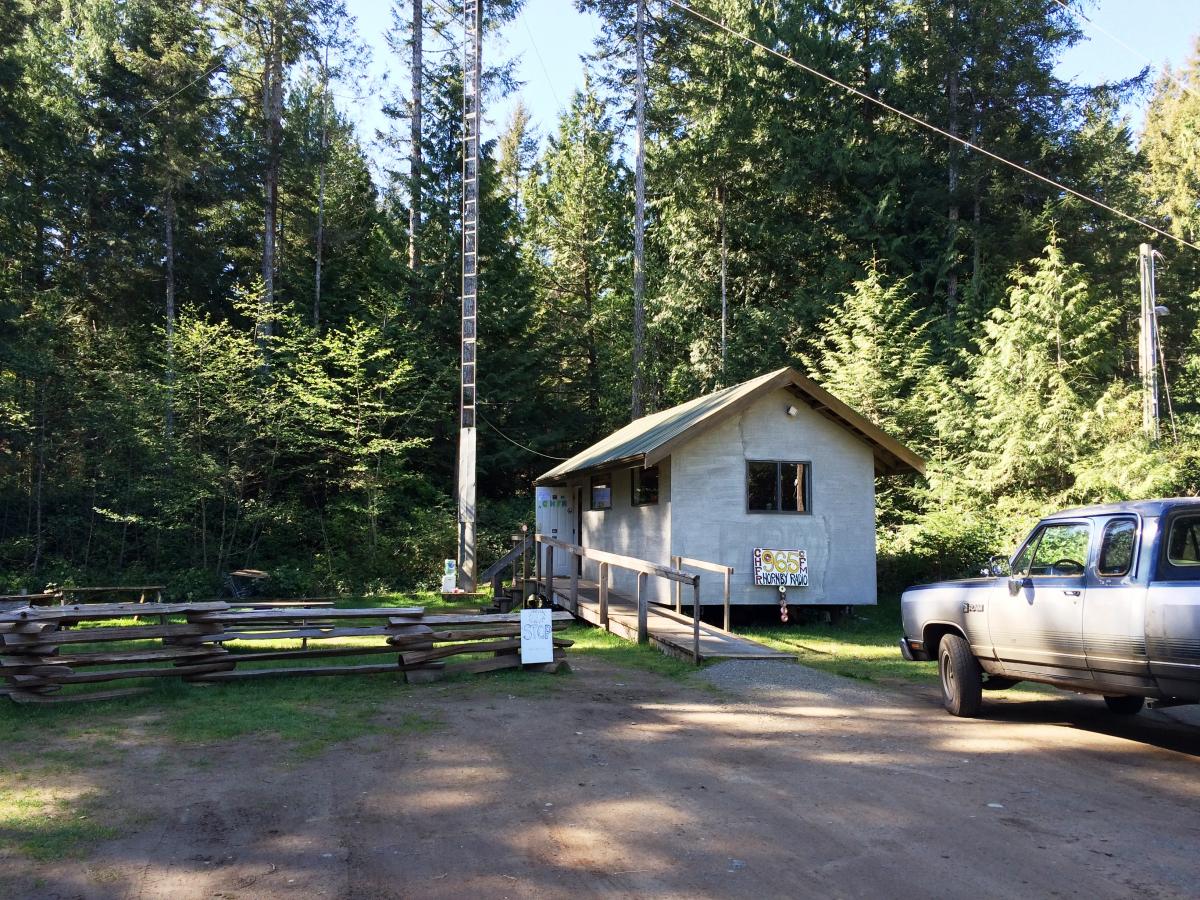 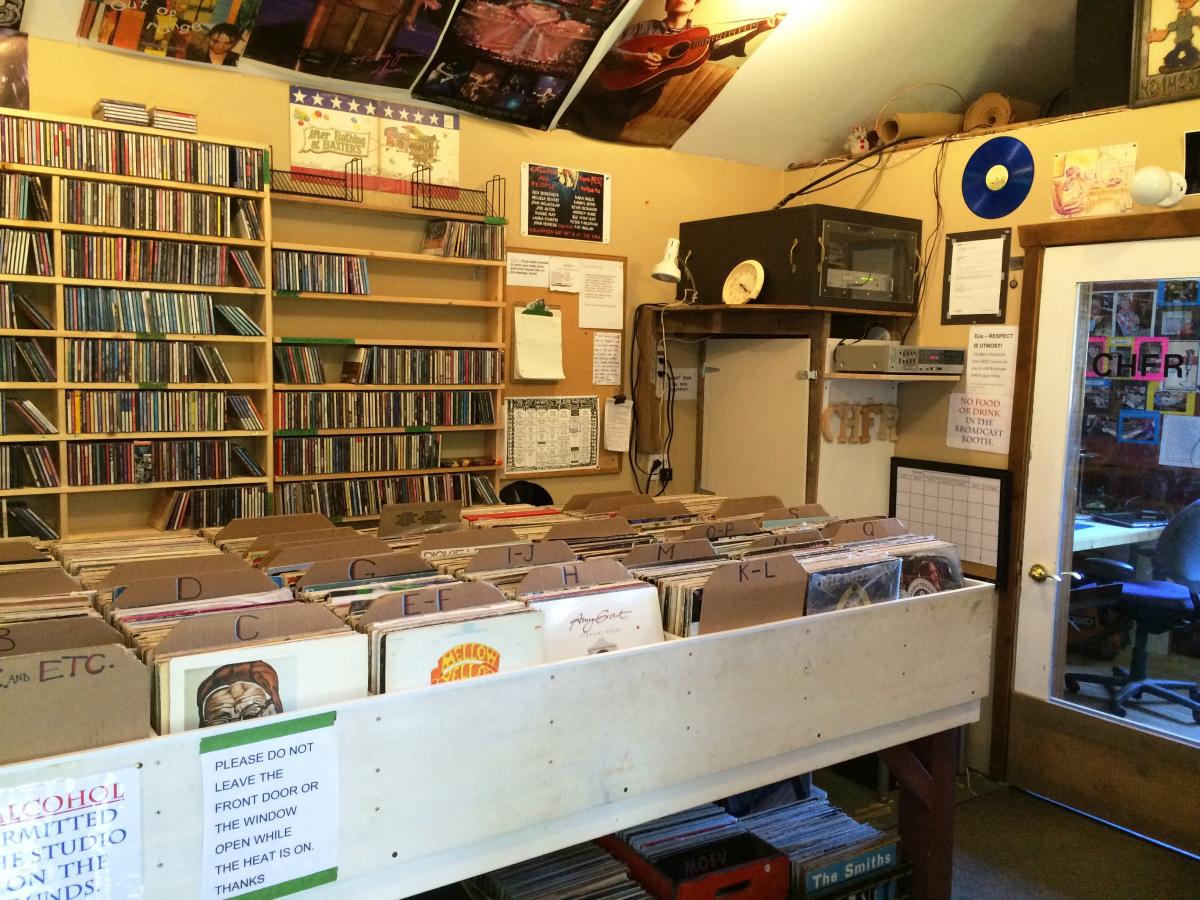 With music in our ears we head out to explore. One needs to expect the unexpected here especially where architecture is concerned. Here is a shot of the community hall. 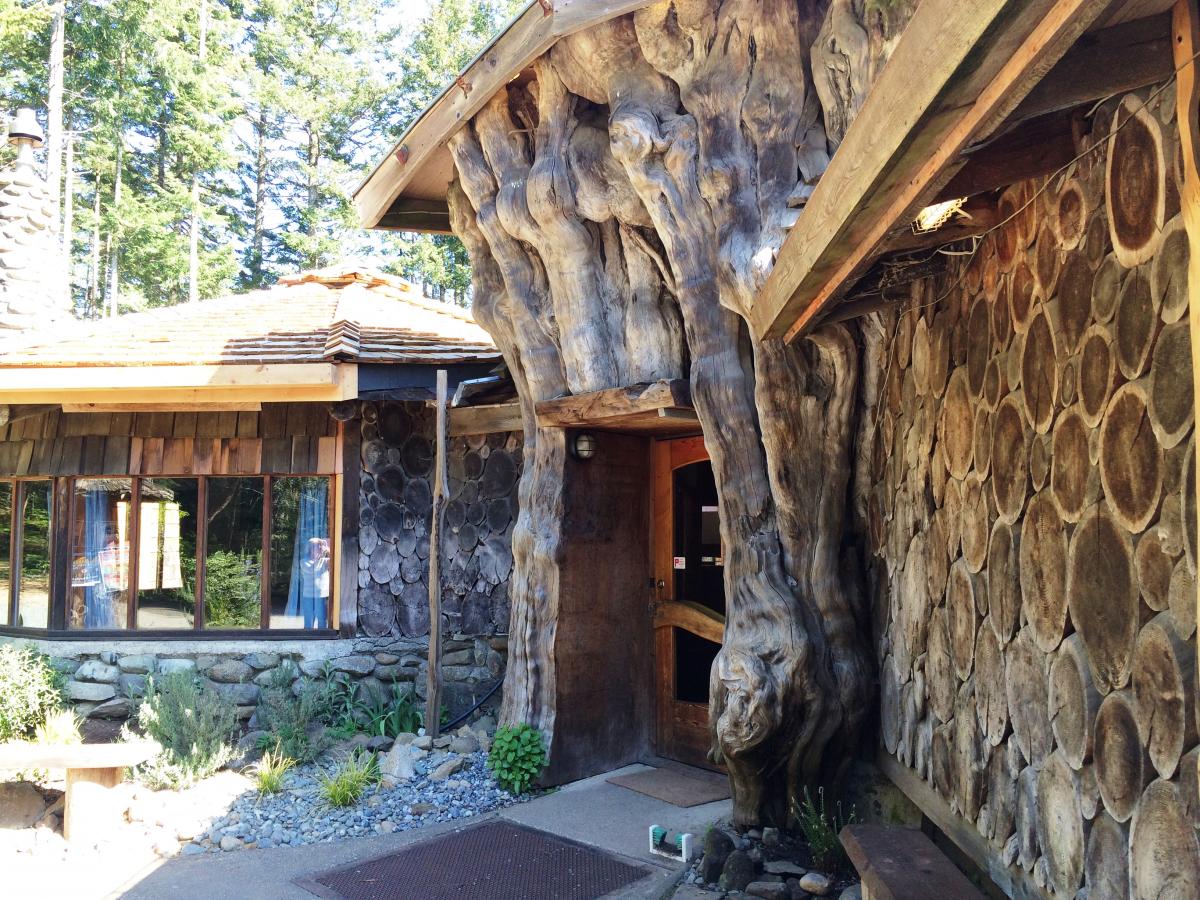 Here is a shot of a home that was probably built in the days when imagination was as important as function. 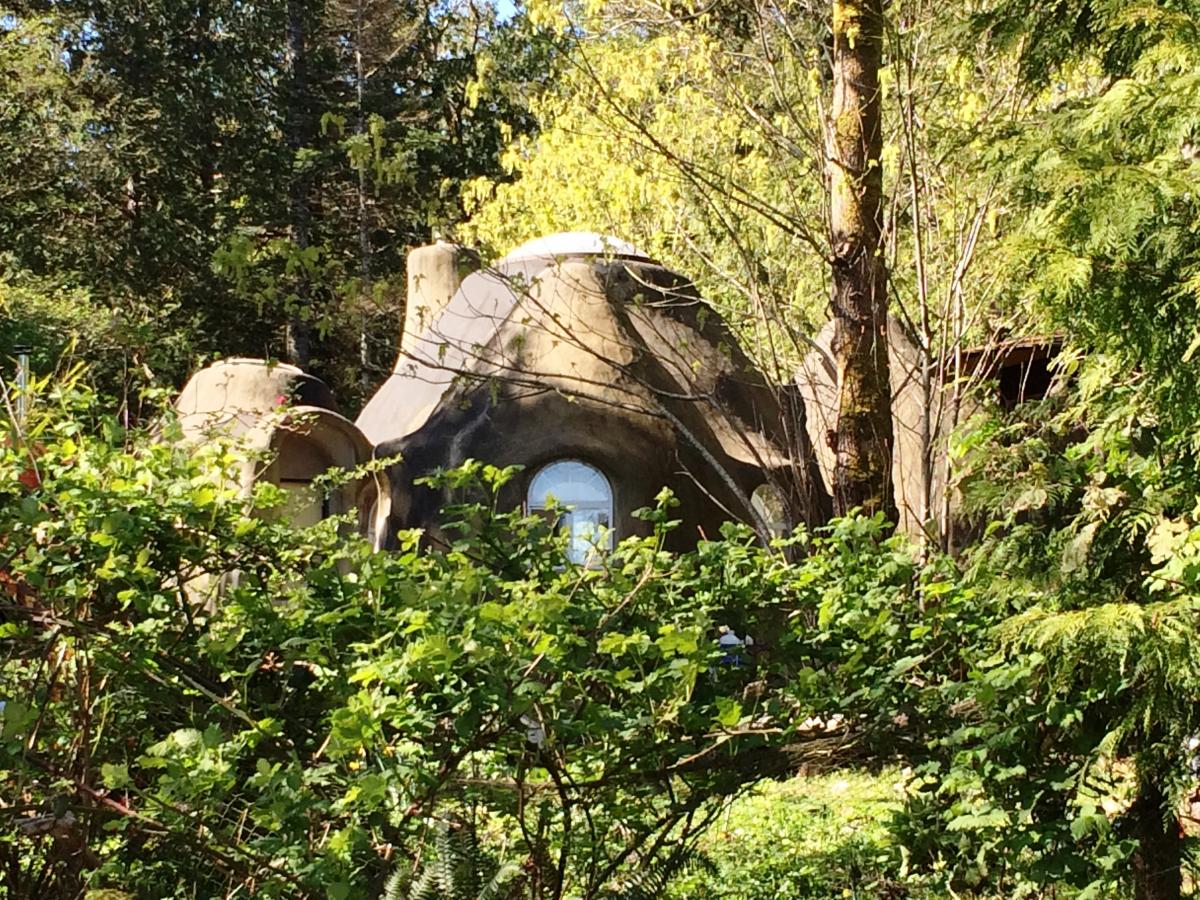 We all need to use protection from time to time so the islanders protect themselves from fire with giant water tanks located strategically for use in an emergency. There is no shortage of artists here that are able to transform an ugly tank into something that would make Andy Warhol drop to his knees. 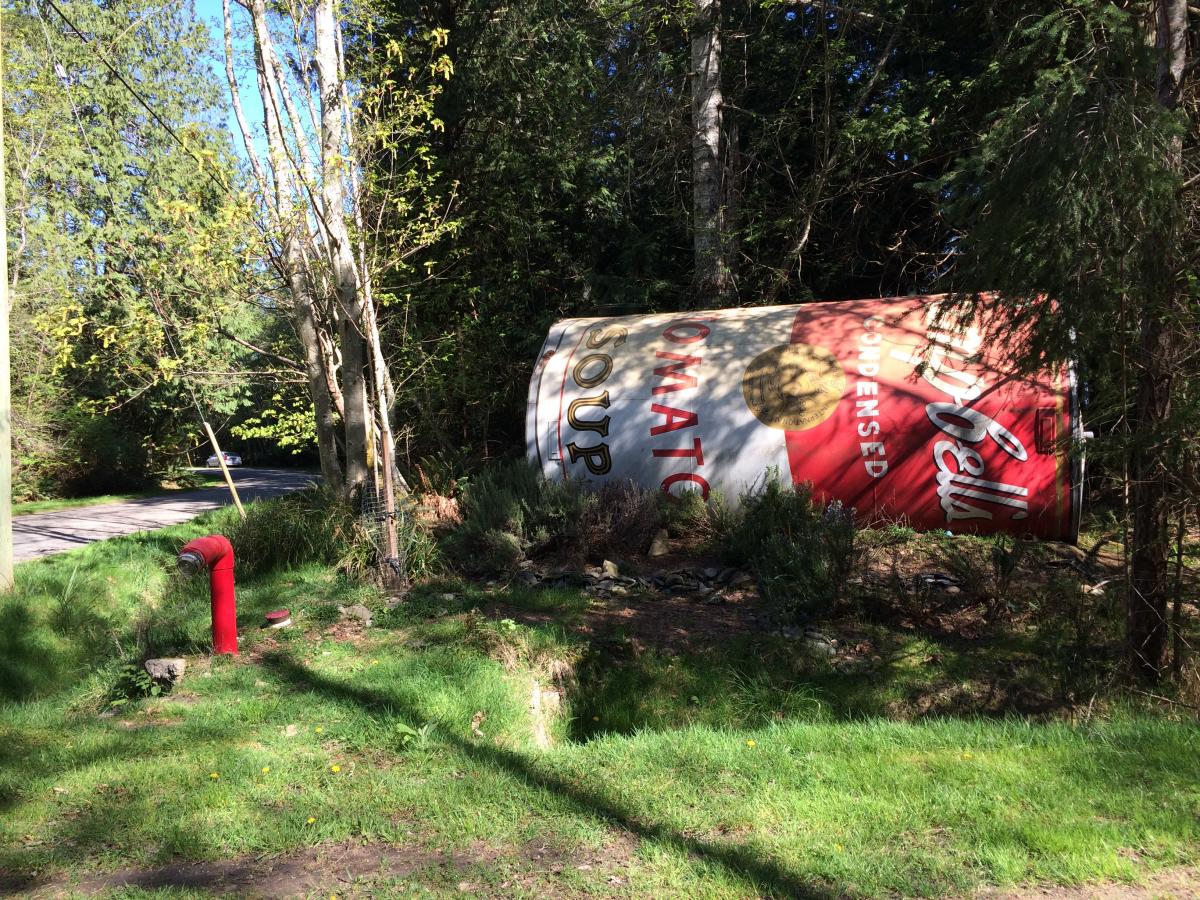 If you have forgotten something when you packed to leave don't worry you can always pick up what you need at the recycle depot on Saturdays. I grabbed a heavy jean jacket for the cool nights and a new VCR (brand new) to play some old tapes of the kids when we get home. Just about everything you might need is at the Free Store. This recycle facility is one of Canada's oldest and it leads the country in the recycle field, all by volunteers of course. 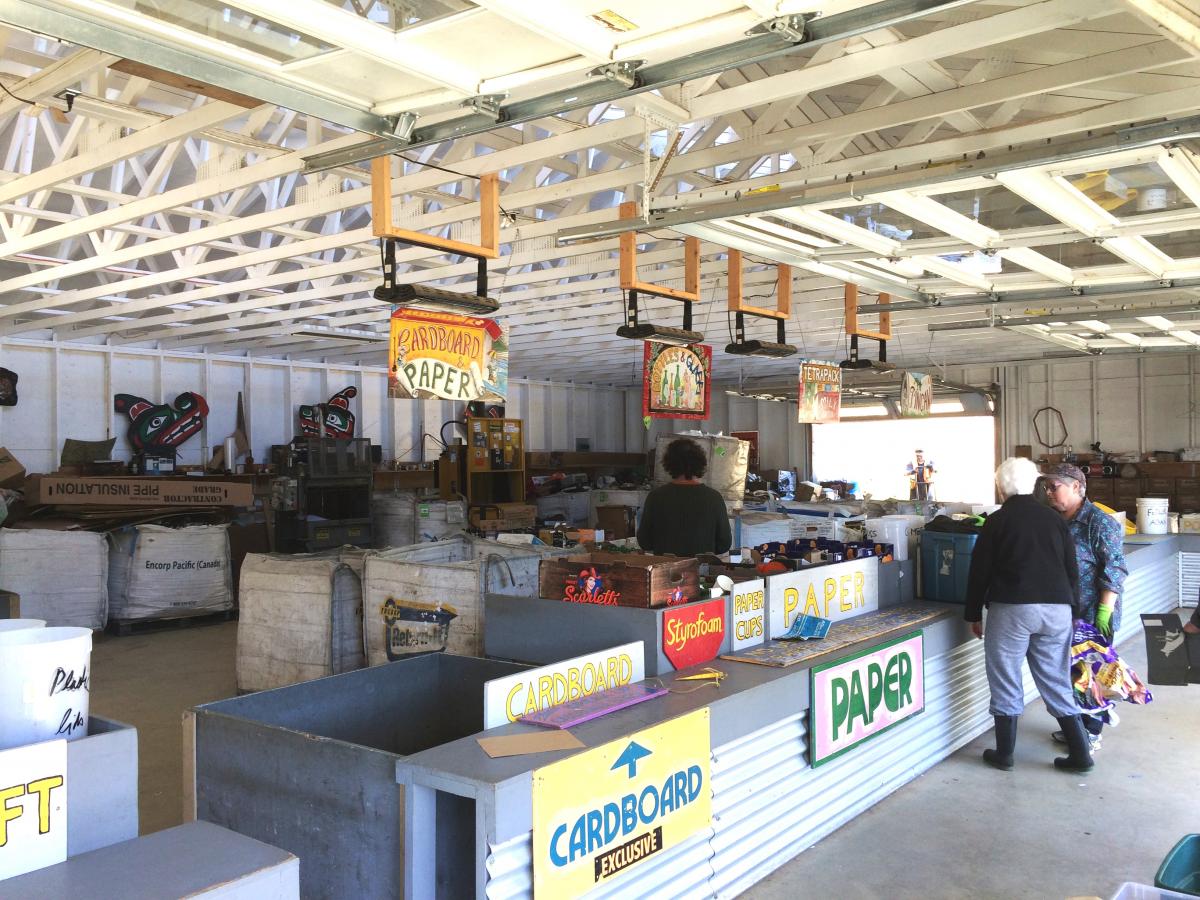 It goes without saying that they lead by example. 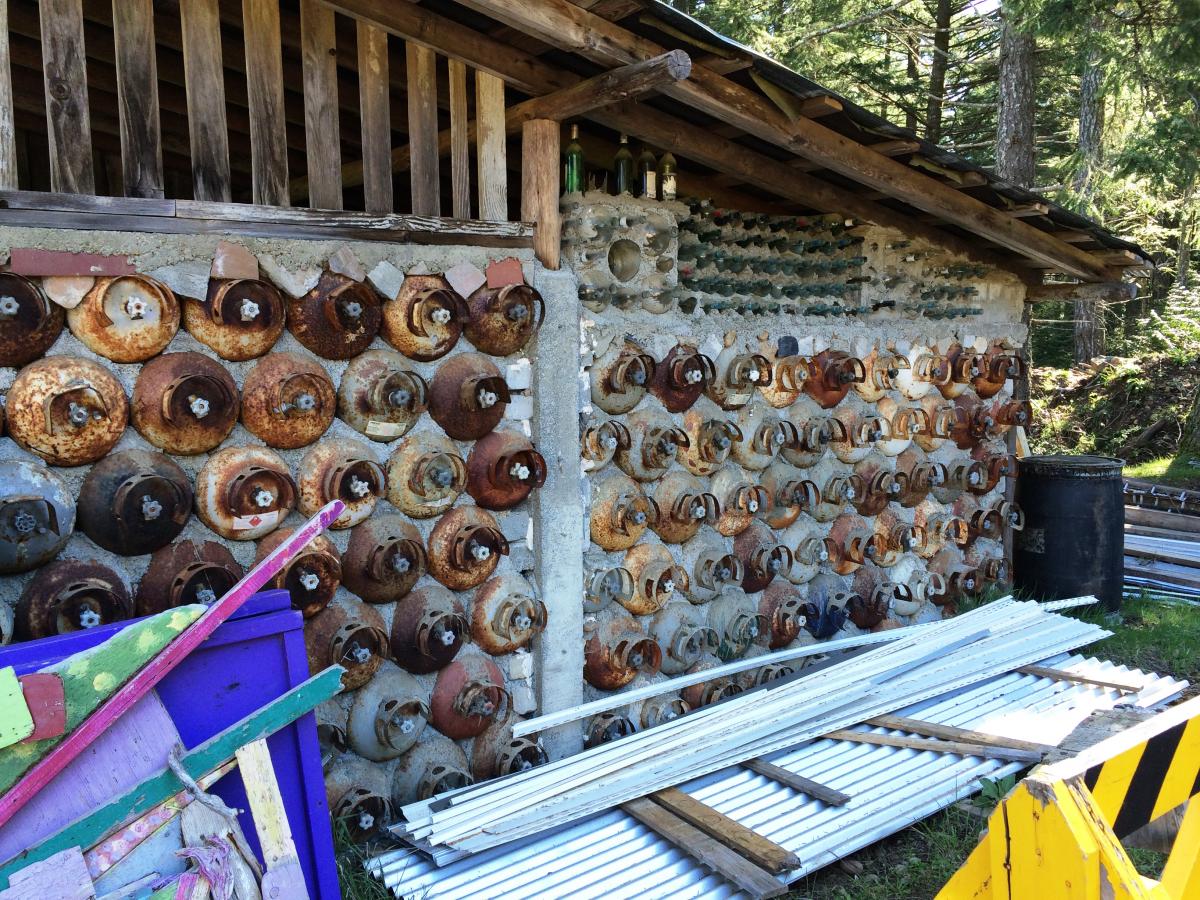 There is one Co-op store, one Co-op gas station, and one Pub. Pay attention to closing times or you will be out of smokes, milk, or beer until they open in the morning. For those with the entrepreneurial spirit, no store no problem. Just pull over like this lady has done for many years and set up shop. 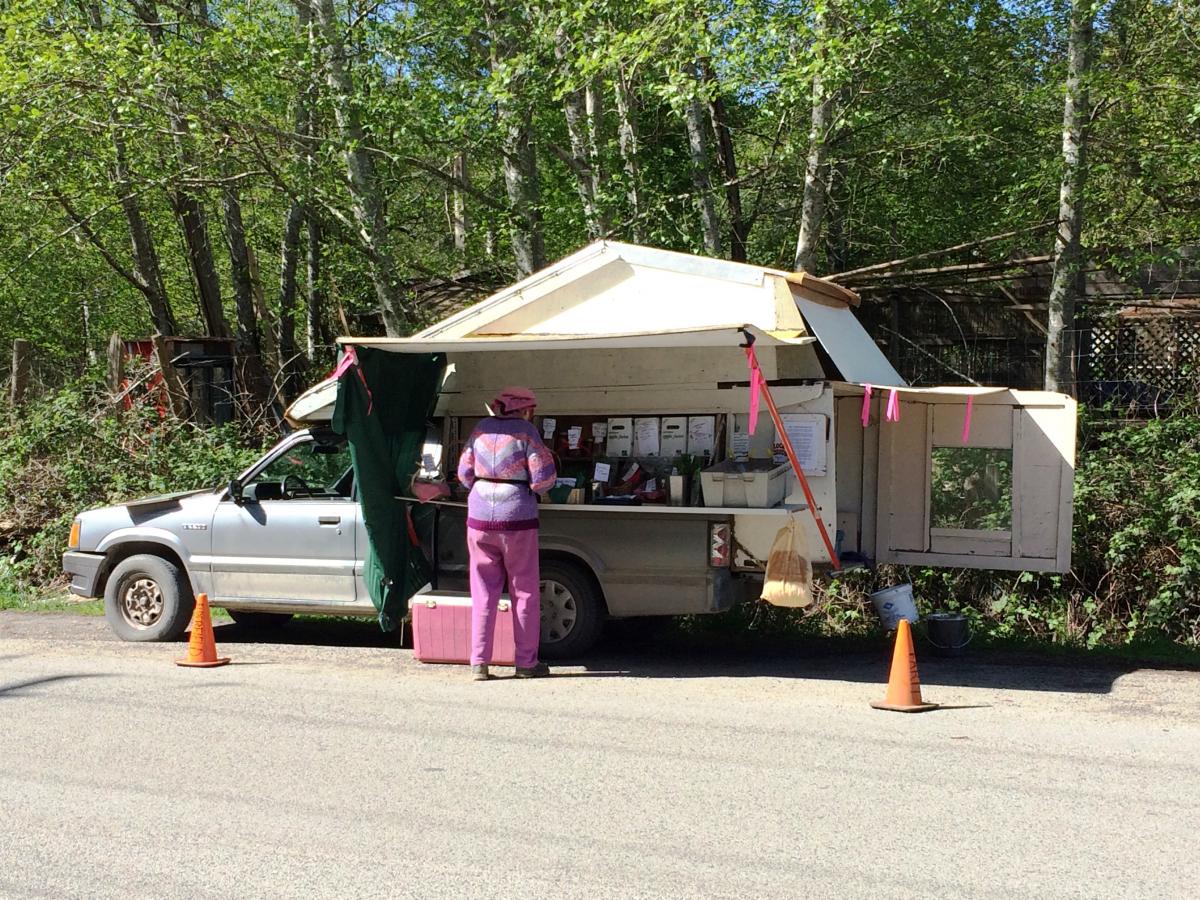 OK now for the good part. For the outdoor enthusiast, you are going to love this place. 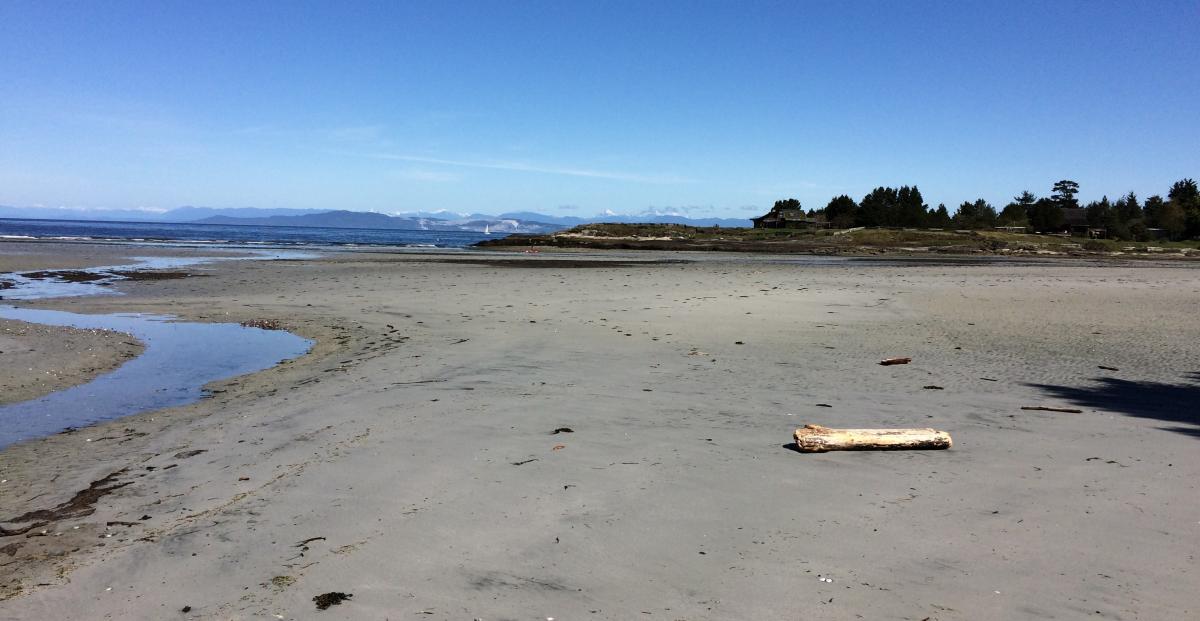 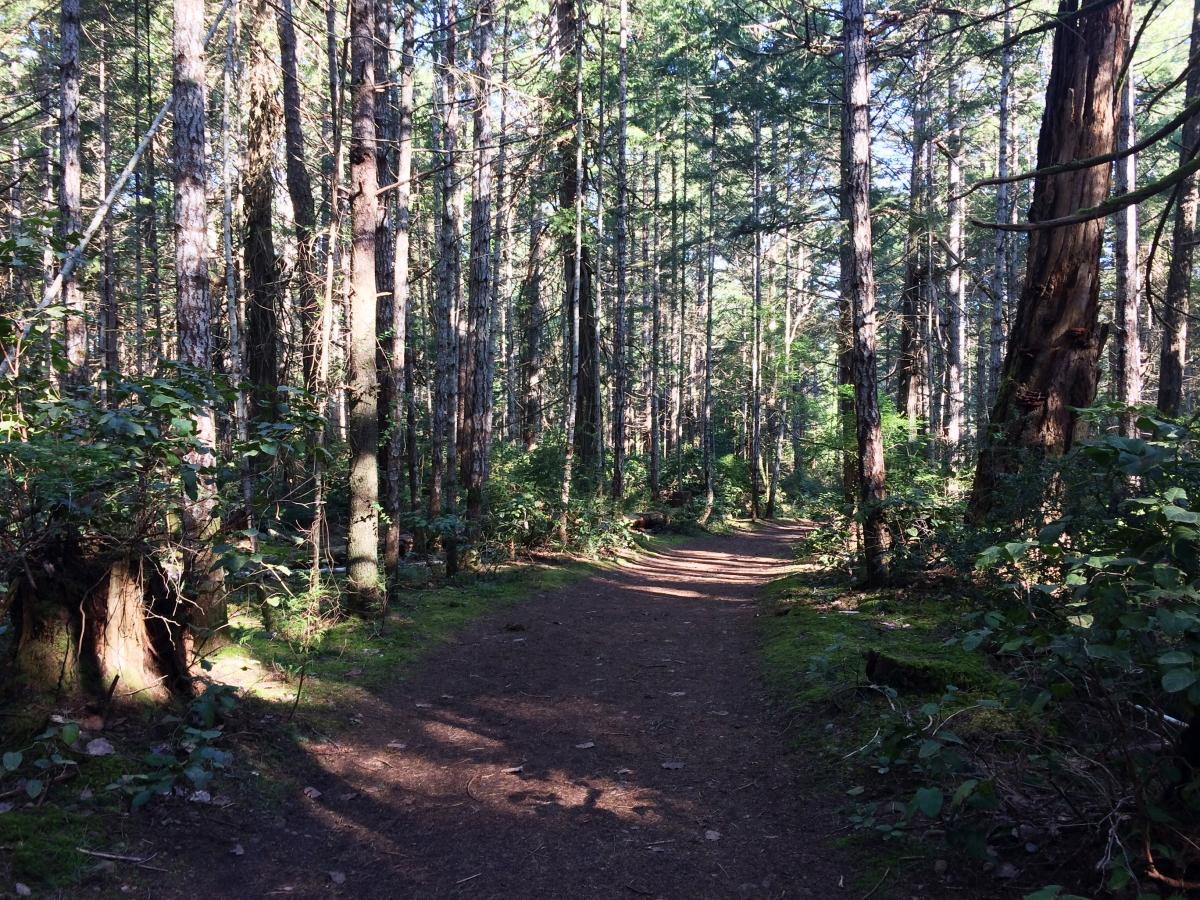 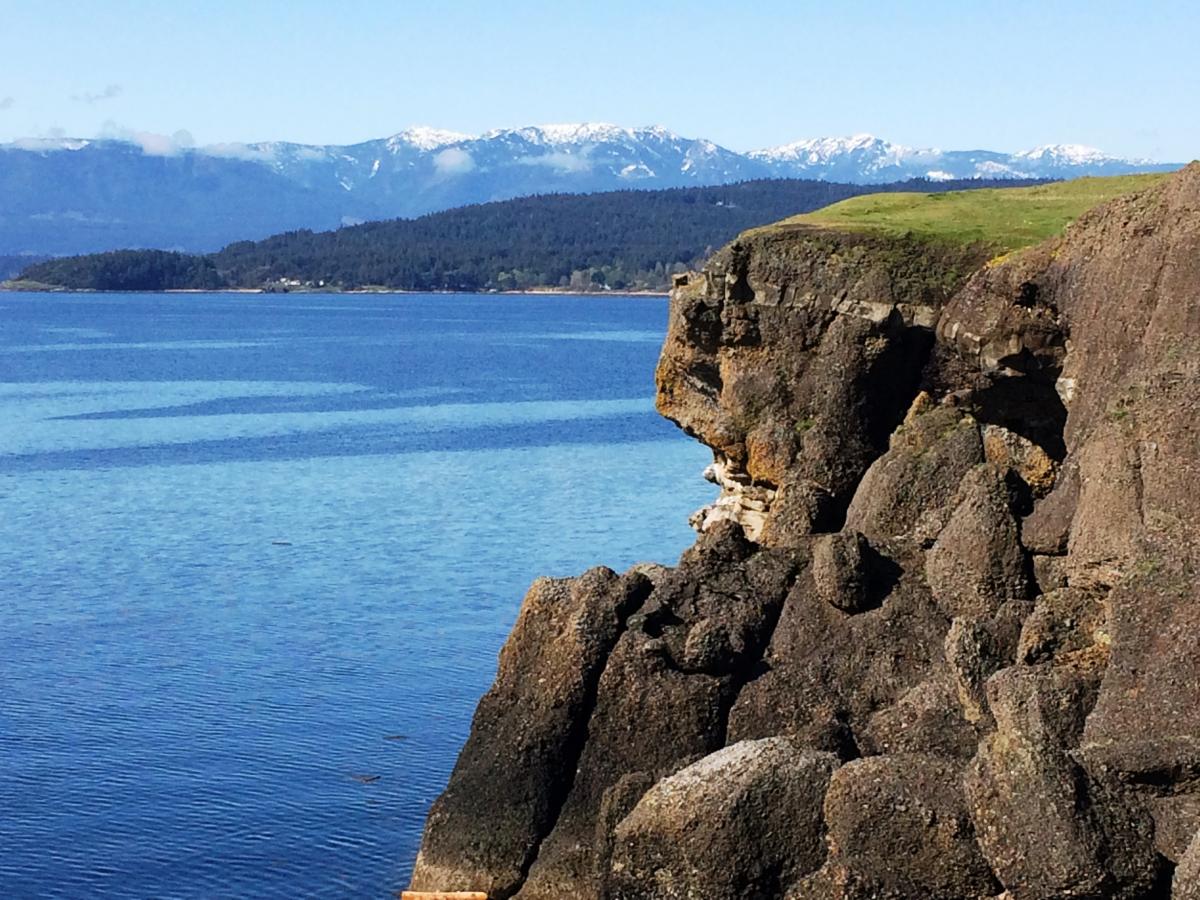 When the day is done it's back to the cabin for a little rest. 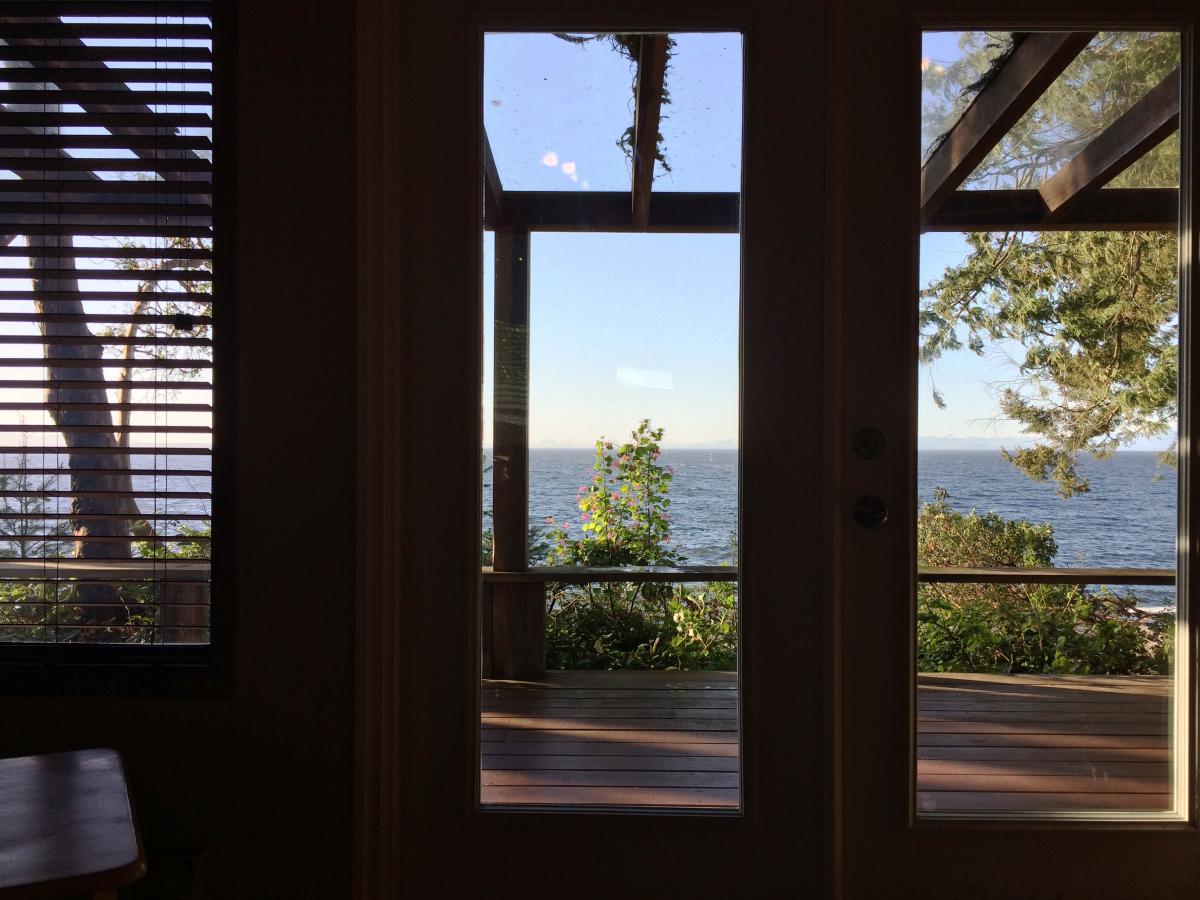 And when the weekend was over we were left with a complete feeling and a little insight into the unusual. Hornby Island. A beautiful little island in the pacific. Be careful though, it's not easy to stop thinking about it. 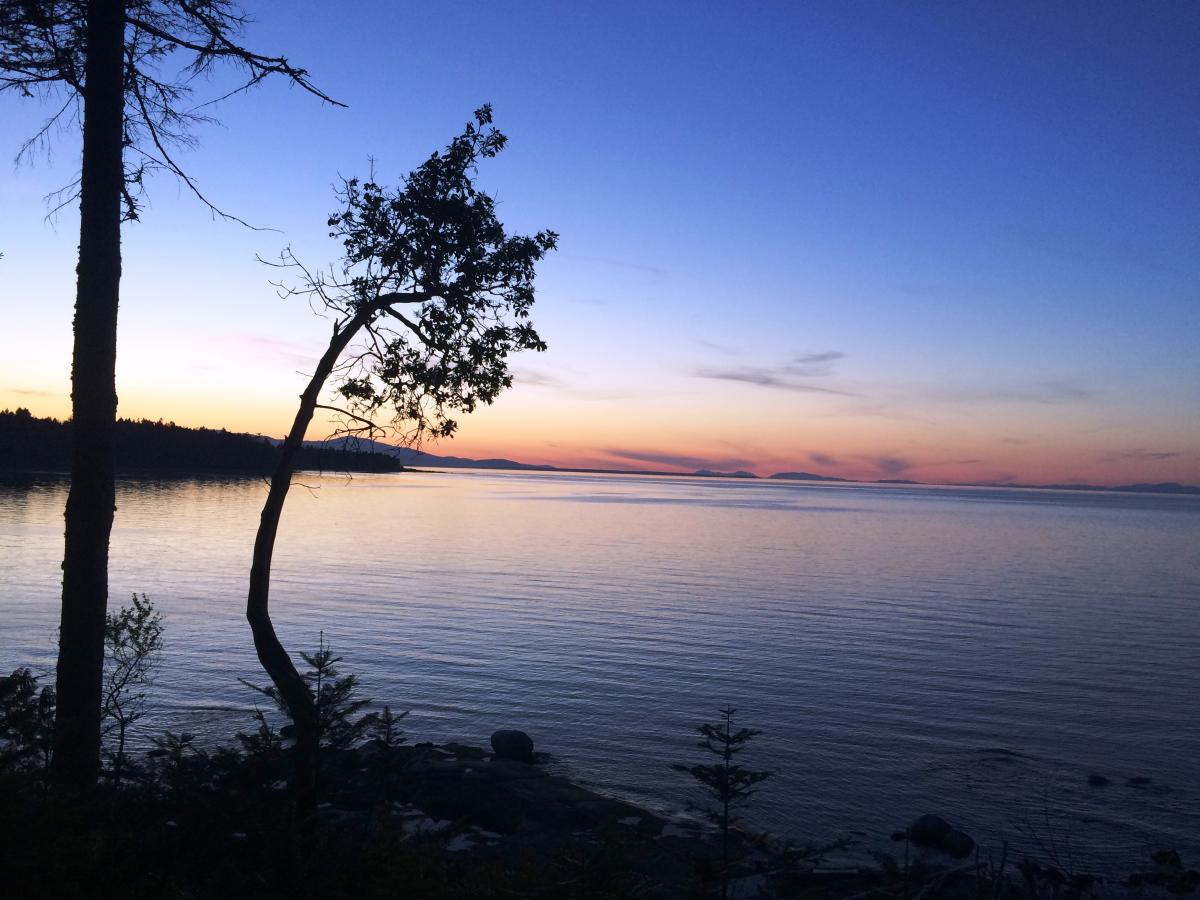 Thanks Johnk. The trip was a hoot.

This is amazing, Sparky, thank you.

I've never been to Hornby but I think you've just inspired me.

Thanks Mike. If anybody needs any info, I would be happy to share what I know.

There is lot's more to this story, but I didn't want the channel to get bogged down with a lot of little details. Mrs. Sparky saw me put on the coat and take the VCR out to the car. She didn't realize that you could have whatever you wanted. I will post some pictures of the crapper at the recycle joint. Wild doesn't do it justice. 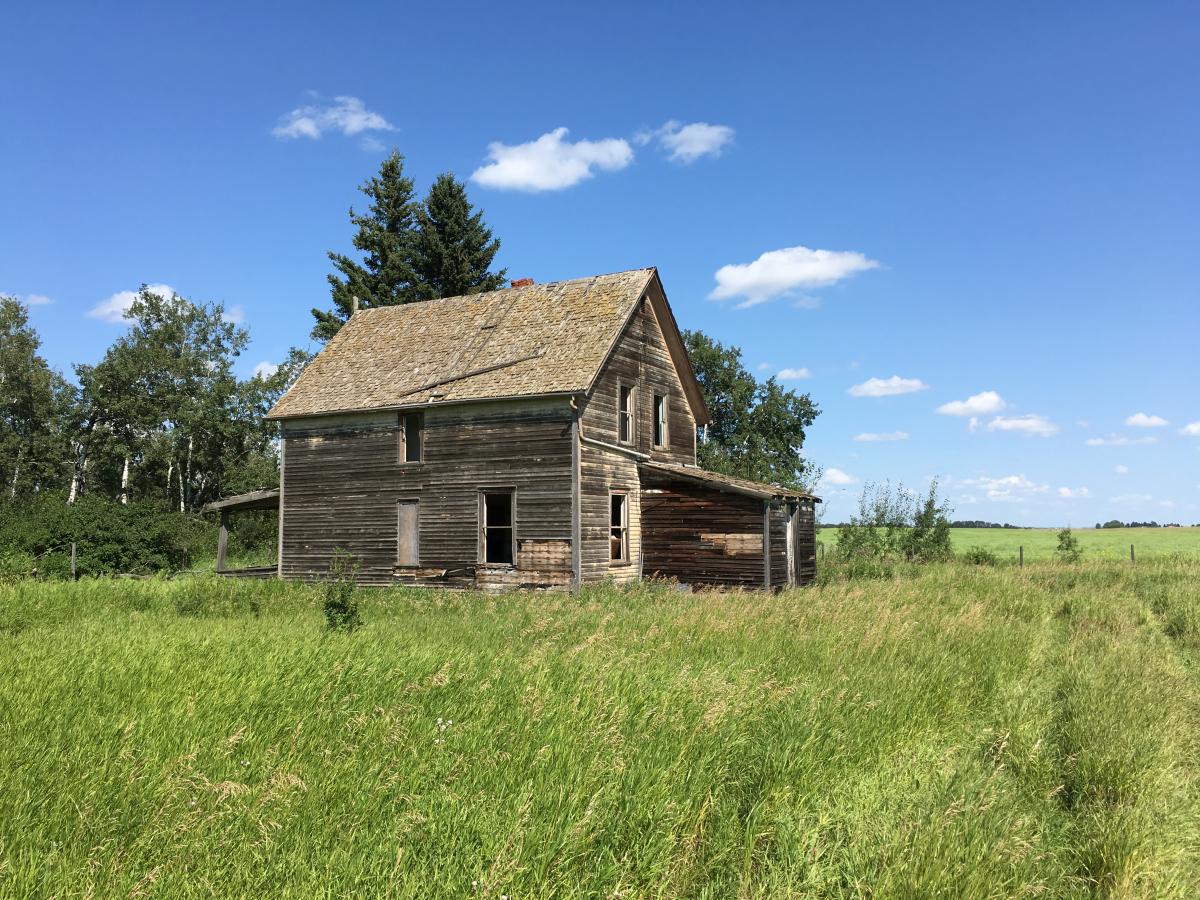 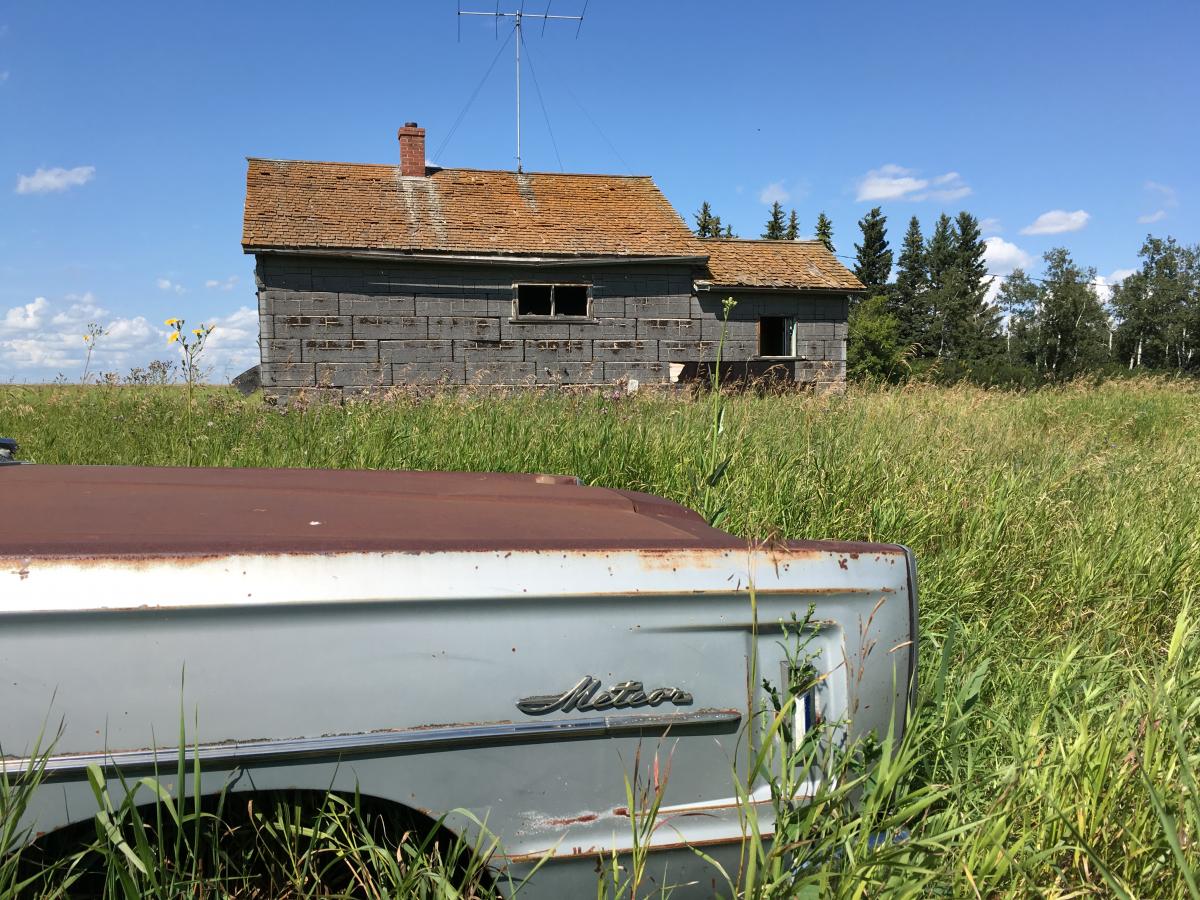 No, but most of that will certainly apply.

No, but most of that will certainly apply.

I received an advanced copy of the bill and this clause was still on the draft.

Yes, for sure.  But sophisticated (read: wealthy) individuals will weigh those costs and benefits.  500,000 to 700,000 Canadians go to Florida alone each year for extended stays.

Heading to Mazatlan in a few weeks, never been to Mexico before.  Any pro-tips?  A few people told me to skip it and go to the Atlantic side instead but that's not an option in this case as the place we are staying is in Mazatlan.

As long as you fill out form 8840 you're OK from a tax point. MSP rules would have to change though, you are only allowed out of country for 6 months usually before you are de-enrolled. You can get a one time exemption for up to two years.

Heading to Mazatlan in a few weeks, never been to Mexico before.  Any pro-tips?  A few people told me to skip it and go to the Atlantic side instead but that's not an option in this case as the place we are staying is in Mazatlan.

Anyway...Mazatlan is a great spot to visit. The town itself is old with some rich qualities. It has a great market and a nice beach. Not as touristy as some of the spots on the east coast but is just fine with me. Less humid as well.