The Emerson is a four-storey, 14-unit luxury condominium residence in the City of Victoria's Fairfield neighbo... (view full profile)
Learn more about the Emerson on Citified.ca


99 replies to this topic 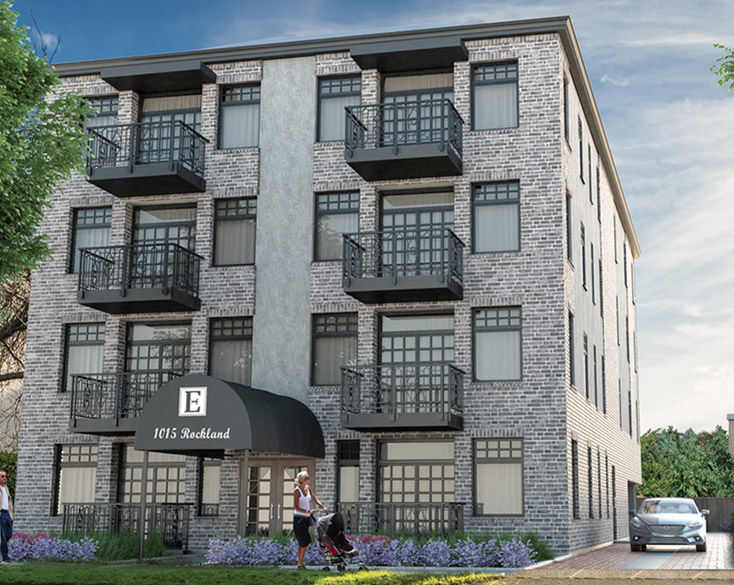 I like this building, it's right across the street from me so I'll see it out my bedroom window.  I don't care for the awning though, makes it seem like a cheap mid-century hotel.

Project only has 1 one bedroom + den unit on the main level priced at $349,000. The remaining are 2 bed & 2bed+den which max out at $575,000. This is a new price point for the abstract world. Sales centre opens Saturday to the public.

Abstract is busy these days! 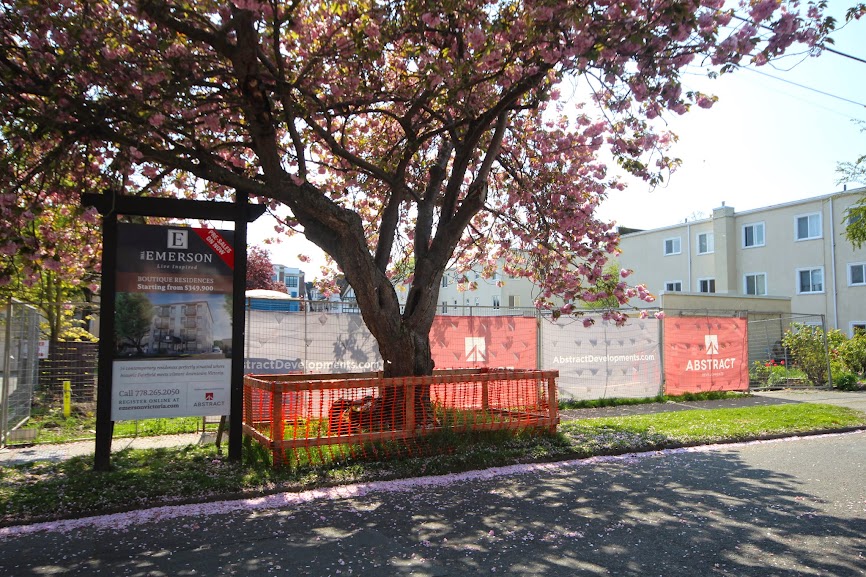 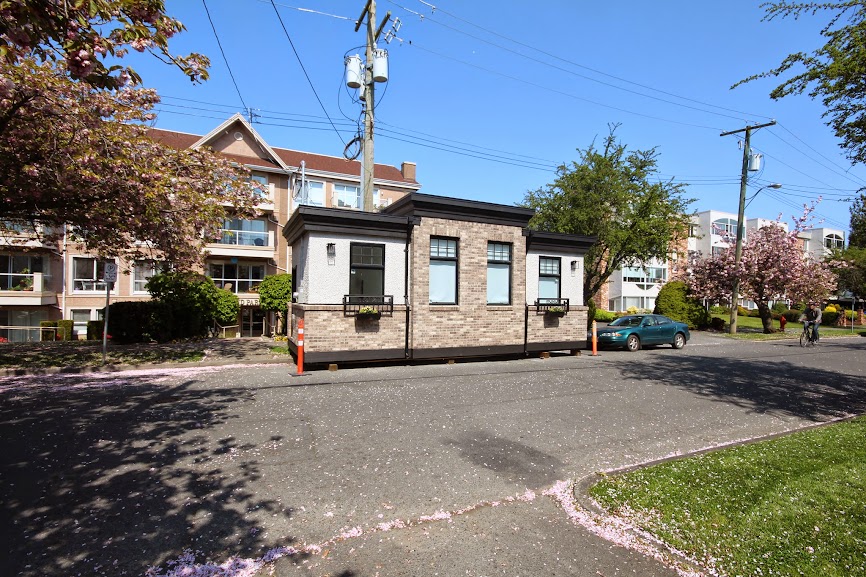 It's smaller than I thought, but the exterior finish is nice.

I believe VHF is a proponent of this type of street-side infill ;-)

The Loft in Vic West. 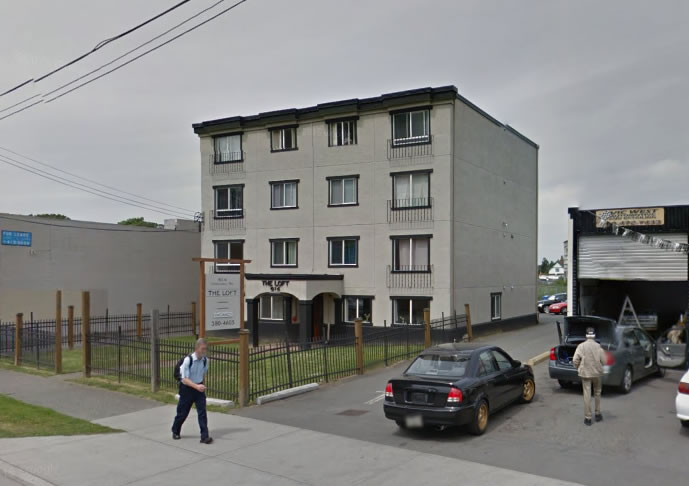 Are you making a comparison Mike?

Materials make all the difference. That Loft building in vic west looks like it's about to crack open and fall over. The stucco just looks cheap.

Excavation should start in June for this project per this T-C Article .  Curiously, the article didn't mention the Fort/Cook redevelopment, which has been in the works much  (the Madison and a development of Abstract's in Cadboro Bay are covered).

Nor was the London Arbor project mentioned, although it consists of only townhomes and no condos.

Perhaps Fort/Cook is still a long ways off? It's quite a large project.

Construction was officially kicked off today. 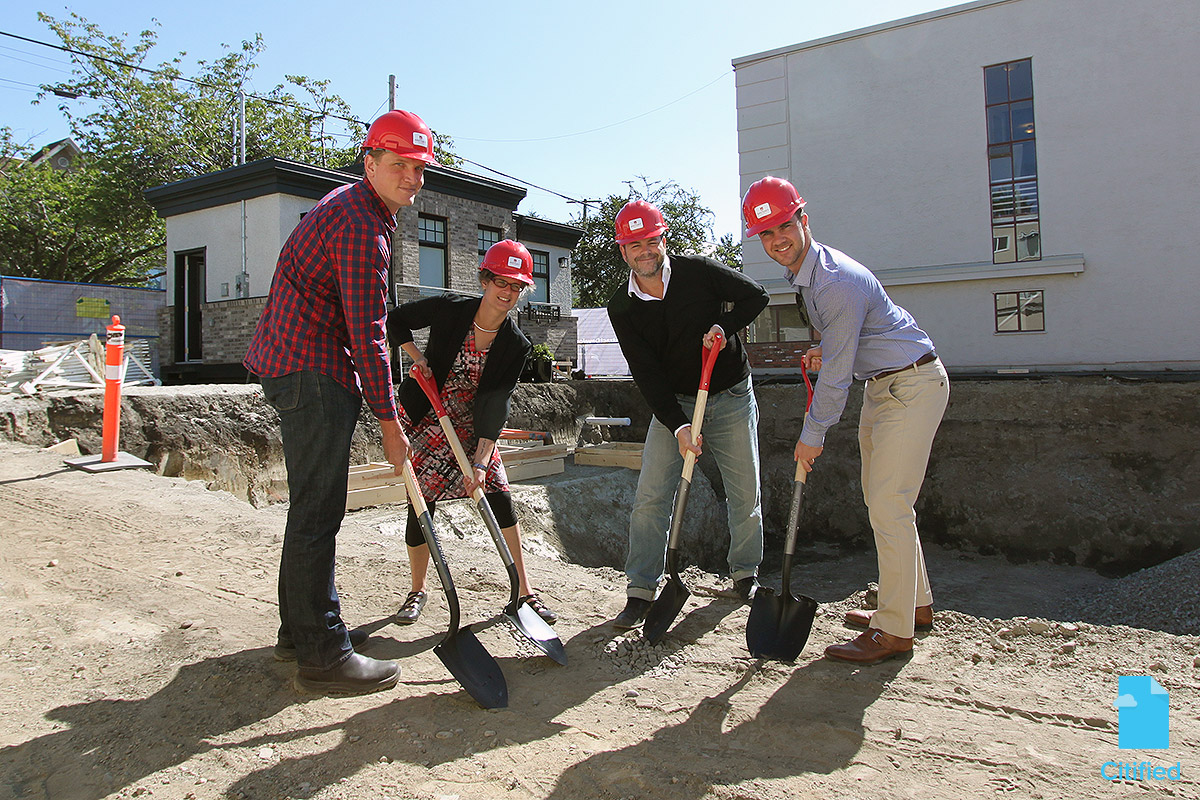 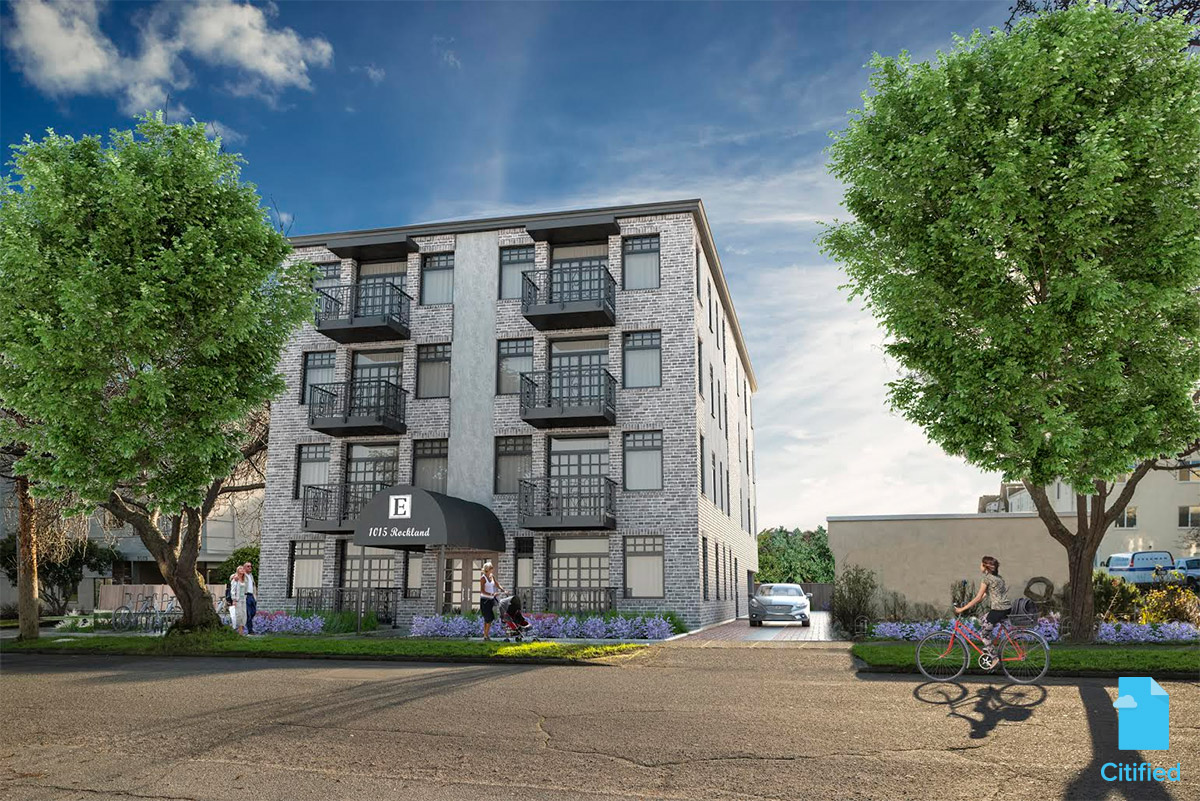 Construction starts at The Emerson condo project in Victoria

Construction has begun on a 14 unit boutique condo development in the 1000-block of Rockland Avenue in the City of Victoria's Fairfield neighbourhood.

The Emerson by Abstract Developments, a four storey woodframe building, is comprised of one and two bedroom units between 650 and 1,000 square feet. Prices range between $350,000 and $650,000 with covered surface parking available with every unit. A show suite is stationed at the construction site and will remain open until Abstract's multi-project show centre opens later this summer on Oak Bay Avenue at Foul Bay Road.

Abstract Developments is having a busy year with three multi-unit projects currently under construction (8 on the Park, Element Beachside Residences, and The Emerson), two planned to hit the market later this year (London Arbor and The Maddison) and several in planning. Recently completed are Village Walk, a four storey condo with ground floor commercial space on the City of Victoria and Oak Bay border, and City Park Townhomes at Rudd Park in Saanich.

The Emerson is expected to be completed by the early spring of 2016. C

© Copyright 2015 by Citified.ca. All rights reserved.

Is Mayor Helps officially assisting in the construction process? She is one busy lady.