The Yates on Yates is one of two 20-storey residential towers on a property spanning the 700-blocks of Yates a... (view full profile)
Learn more about the Yates on Yates on Citified.ca      Official website: yatesonyates.com

[Downtown] The Yates on Yates | Condos; commercial | 20-storeys | Under construction

Perhaps one of them is the former Island Rent a Car at Quadra/Johnson... 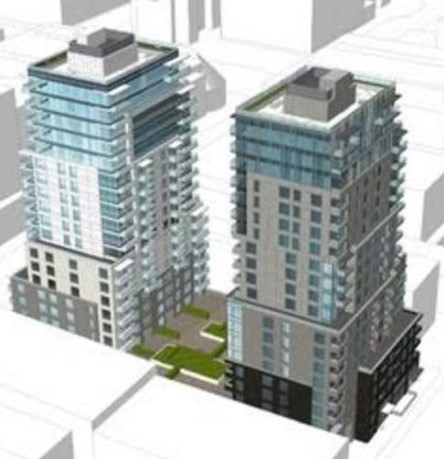 I assume the image shown in Mike's post is mostly just a preliminary massing study and not an actual rendering of the finished towers, since I see little resembling "stacked boxes".

to me there's too much going on. when i saw 'stacked' what came to mind was black & white or the one across from city hall. maybe i just need to see more renderings. in other stacked buildings there are maybe two different looks & they alternate, or there's one look but blocks of floors are shifted to one side to create the stacked effect: 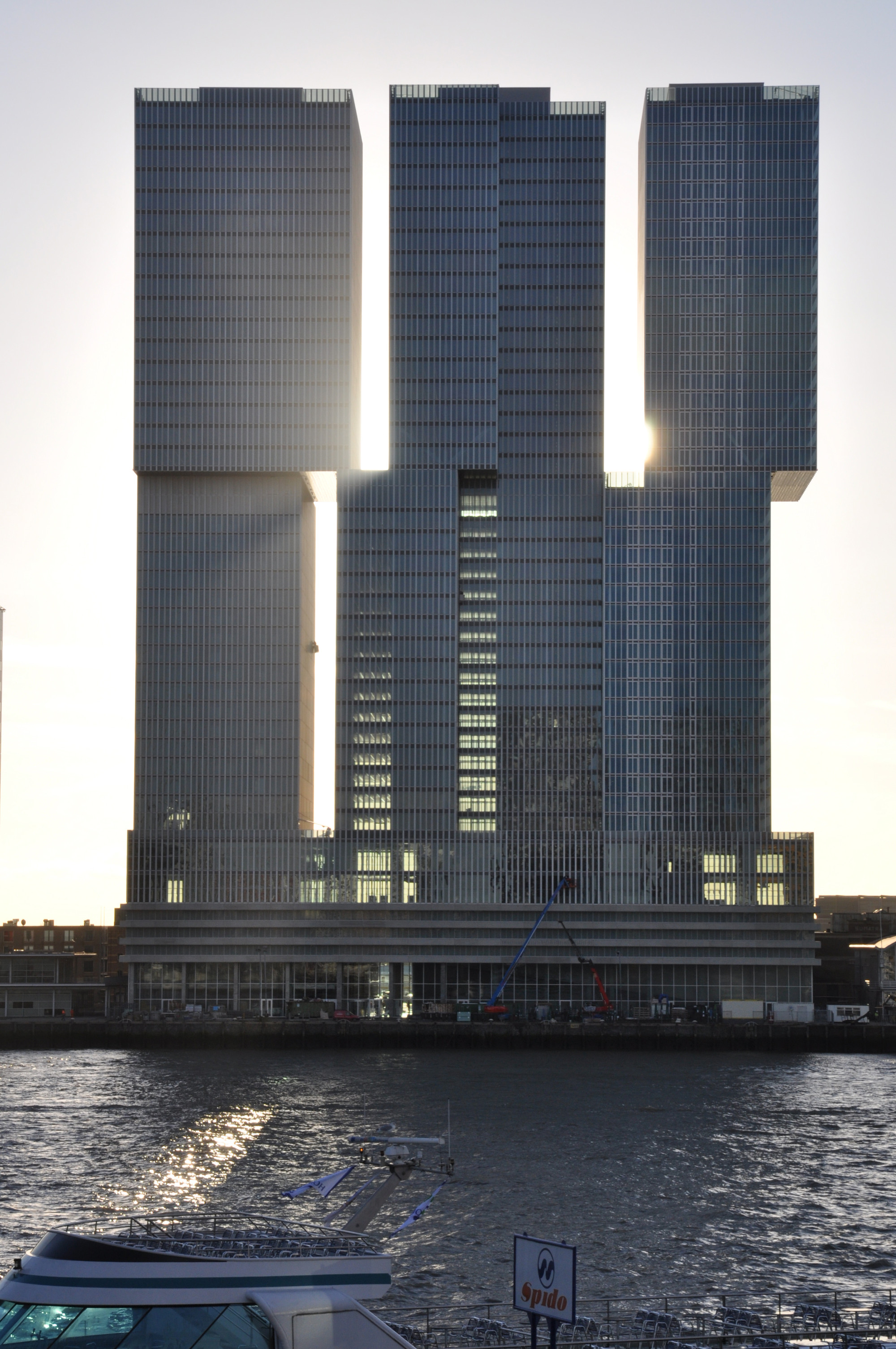 to me there's too much going on. when i saw 'stacked' what came to mind was black & white or the one across from city hall...

This is precisely why I don't want to see "Yello2" go up on this site.

When it seemed apparent yesterday that this was going to be twin buildings, I was hoping that the bases for the towers would be staggered/offset and that they wouldn’t be perfectly perpendicular. I was also hoping for some, even trivial, height variation. I was also hoping that they wouldn’t be attached by a huge podium and that the buildings would be slim. I was also hoping for more glass and interesting finishing materials. This looks like a lot of stucco or painted concrete, to me, which is too bad. The buildings look quite wide north/south and fairly slim east/west. There doesn’t appear to be a massive podium like at 989 Johnson, which is good.  Two thumbs up that these, while very similar, are not identical.

Would it break the bank to put some fins and/or a glass façade and/or lighting features on the roof(s)? I do not like the elevator/utility housings on top. That look has always screamed el cheapo to me. These may be the tallest buildings downtown for some time, they should be special, not have run of the mill elevator housing top hats! I wish more buildings in Victoria had a flat roofline like the Falls.

To me, these look like fancier versions of Era. I do love that Chard is proposing bona fide high rises here. There’s no confusing these for midrises like Corazon or Escher.

Overall, I think I’d give them a ‘B’. Nothing earthshattering, but leaves me wanting more. Some height variation and/or distinction of building 1 vs building 2 with a rooftop feature is needed to get this to a B+ or A-.

22 and 18-storeys would be perfectly a-ok in my books. Just that little bit of variation, a slight jump over the 17-storey plateau we'll see in the 900-block of Yates/Johnson, and downtown Victoria's tallest residential tower (of course, Townline's will be taller still, but still).

I'd agree with that re: Corazon and Escher but I don't think I'd agree re: the Juliet and 834 Johnson. Methinks the tower portion of the Juliet looks heavier in real life than it did in the illustrations. Not necessarily better or worse, but a bit different than I was expecting. The 834 actually surprised me. In real life the tower is almost completely white but I really don't feel like this came across in the rendering (they must have had the sunset on max or something). I'd say the rendering of 834 Johnson looks better than the reality.

These tall towers don't seem to be particularly bulky, which is good. The upper ~12 levels or so seem to be about as svelte as 834 Johnson.

Anyway, as far as I'm concerned Chard has earned a chance to build something taller. His buildings have been proverbial game changers. Take the left tower all by itself and tell me it's a Chard building and I'm already confident that it will be good and possibly great. But put another very similar tower right beside it and I'm not so sure. I really want to see how they're going to distinguish these buildings.

Any comments from folks in the Wave or 834?

this project has a name now

Preliminary designs would see a two-level podium built, with the towers rising above it.

The podium would include bicycle storage, a gym and resident storage. About 6,000 square feet of commercial space will face Yates Street, Chard said.

“We are looking for an animated use as Yates is one of the hearts of downtown Victoria. And the Atrium [built by the Jawl family] has done a great job of revitalizing it and continuing to add to the community. We want to continue to do the same with our commercial as well.”

It is unlikely that the company will sell the commercial space, Chard said.

As for the lower-level on Johnson Street, “we are still trying to determine [uses] at this point,” Chard said.

The first tower, Yates on Yates, will be a 112-unit condominium development with one, two, and three-bedroom units.

“We are still working on the exact unit mix,” Chard said. “We are focusing on livable suites that have a comfortable square footage.”

The company expects to begin sales for the project in the spring. Prices have not been announced.

It is too soon to say what the second tower will hold, Chard said.

"Plans call for three levels of underground parking for building residents, along with commercial parking with hourly and monthly rates. “Parking is becoming scarce in downtown Victoria,” Chard said.“

I think they look great and I hope they start digging the hole a.s.a.p.  ... but now here we go with the armchair architect weighing is on how they should be. Groan.

Certainly seems more feasible to tack on an additional level of commercial parking to what's already needed for a residential project, than to build new standalone parking. Perhaps the City should be doing more encouraging of this than letting developers off the hook in exchange for more bike parking.

At this point Chard could do whatever he wants in Victoria and I would blindly support him. And if he sticks to the trend of Yates on Yates and names the other tower Johnson on Johnson, I might just have to give him all my money too. What a hero to Victoria this guy is.

this project has a name now

Why not Yeats on Yates?

I understand Trump was interested in this site but insisted it be called Hates on Yates.*

With the location near CCH, it'll require Gates on Yates.

Please just build it and I celebrates 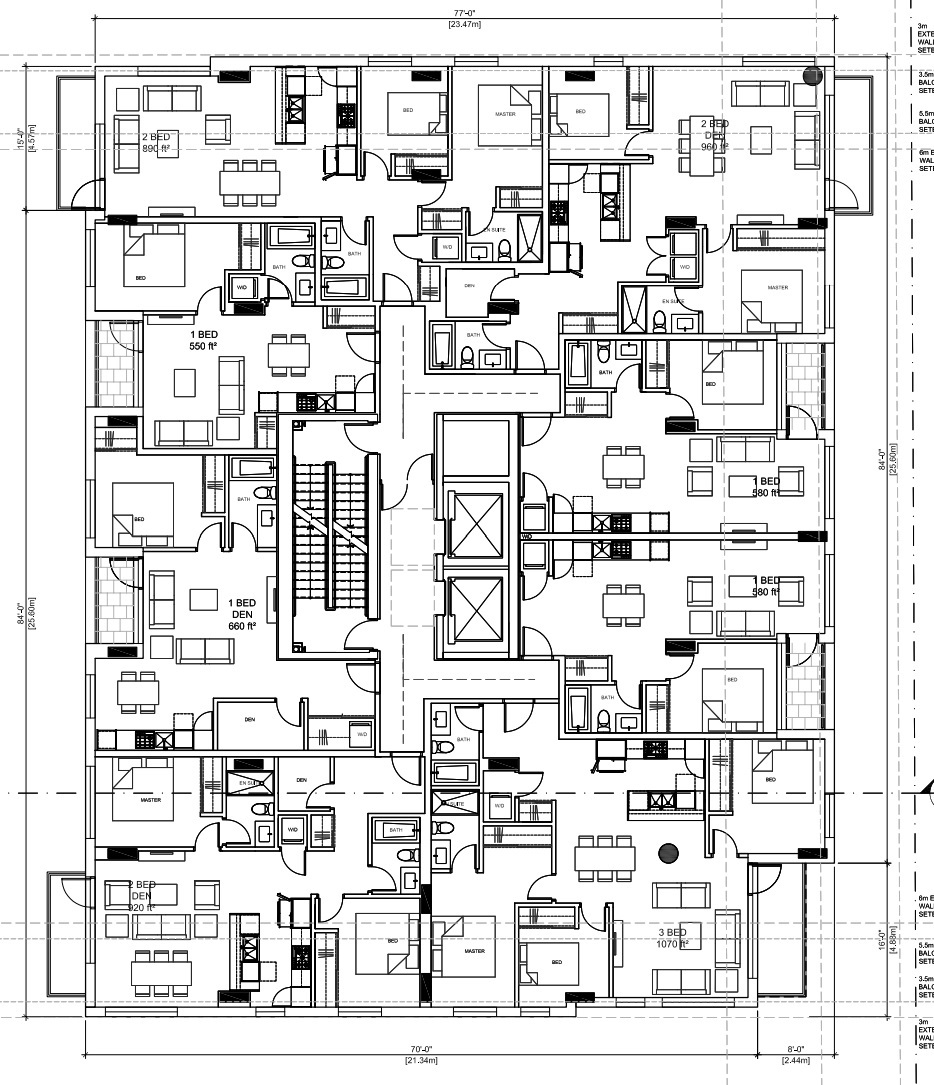