Bellewood Park offers a unique opportunity to experience nature – a place from which one can engage with the... (view full profile)
Learn more about Oaks at Bellewood Park on Citified.ca      Official website: https://goo.gl/ZzVyg4

Okay, to keep the contest legitimate and to avoid any controversy re: the awarding of the prizes, I'll be bound to my original natural guesses on the Mondrian's block. After that I went and checked the map and realized the Sandpiper and HP1 also lined up pretty well in the background.

Games are fun, until someone gets poked in the eye, and the lawyers get involved.

Games are fun, until someone gets poked in the eye, and the lawyers get involved.

If the utility pole is the pole that I think it is then this seems to be the line. So the likeliest suspects would be the Sandpiper or HP1. 989 Johnson seems too far south to include the roof of the old medical building. 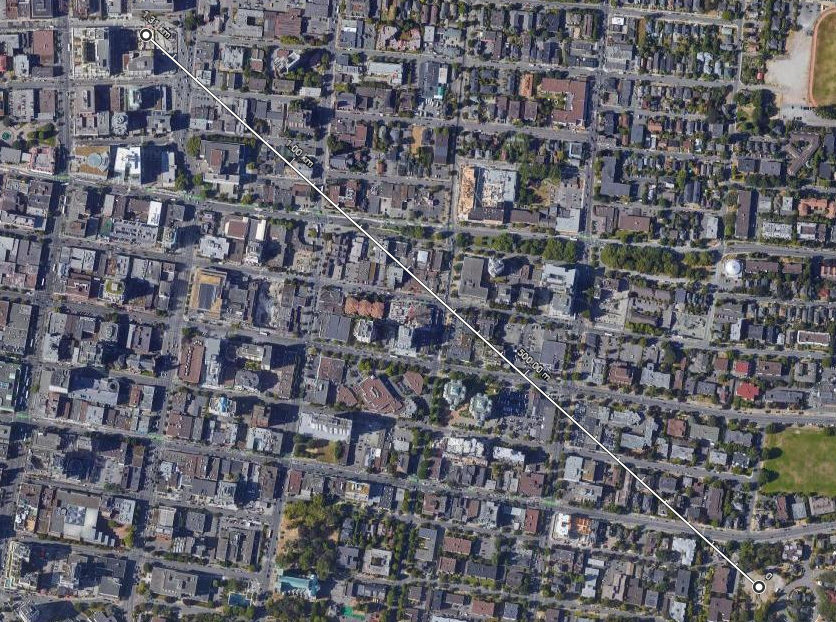 Something's not quite right. I give up. It Mt. Doug were in the picture it would be easier to figure it out.*

*reference to a classic old episode of VibrantVictoria

Come on Marko!!!!!   Give us the location of your Bellewoods photo? Stop droning us along.....

Written by Harold Faltermeyer and Keith Forsey, and recorded by Glenn Frey for the film Beverly Hills Cop (1984)

Come on Marko!!!!!   Give us the location of your Bellewoods photo? Stop droning us along.....

You guys must be fans of Geoguessr.

EDIT: I will join in the fun. Seems like it's north of View but surely south of Johnson, with 1130 View as the halfway point and the dealerships nearby. I'm with tiger11 in his Regents Park guess. The only other guess I'd entertain would be the rooftop of 1030 Yates.

My guess is they are stills pulled from video taken by Marko's drone.

Come on Marko, fun is fun!

But this would make a fun fact kind of game! Take a photo and then guess where it was taken from

Hmmm. 989 Johnson was one of my original guesses and my line in the pic above almost touches it, but for some reason I didn't think that was it. How long are your arms? Were you leaning off the balcony?

Perhaps a "Marko pole" as distinct from a "selfie stick"?

That was an interesting perspective and fun.