call me crazy but i think like the quadra st side better. something about the panels & curves on the corners make it look kind of futuristic. maybe changing the red brick to concrete block would also be an improvement like the facing on the juliet, or that ashley furniture store on the old island hwy. or some colour & glass panels like this (ironically) youth housing, which to me sort of resembles the quadra st side 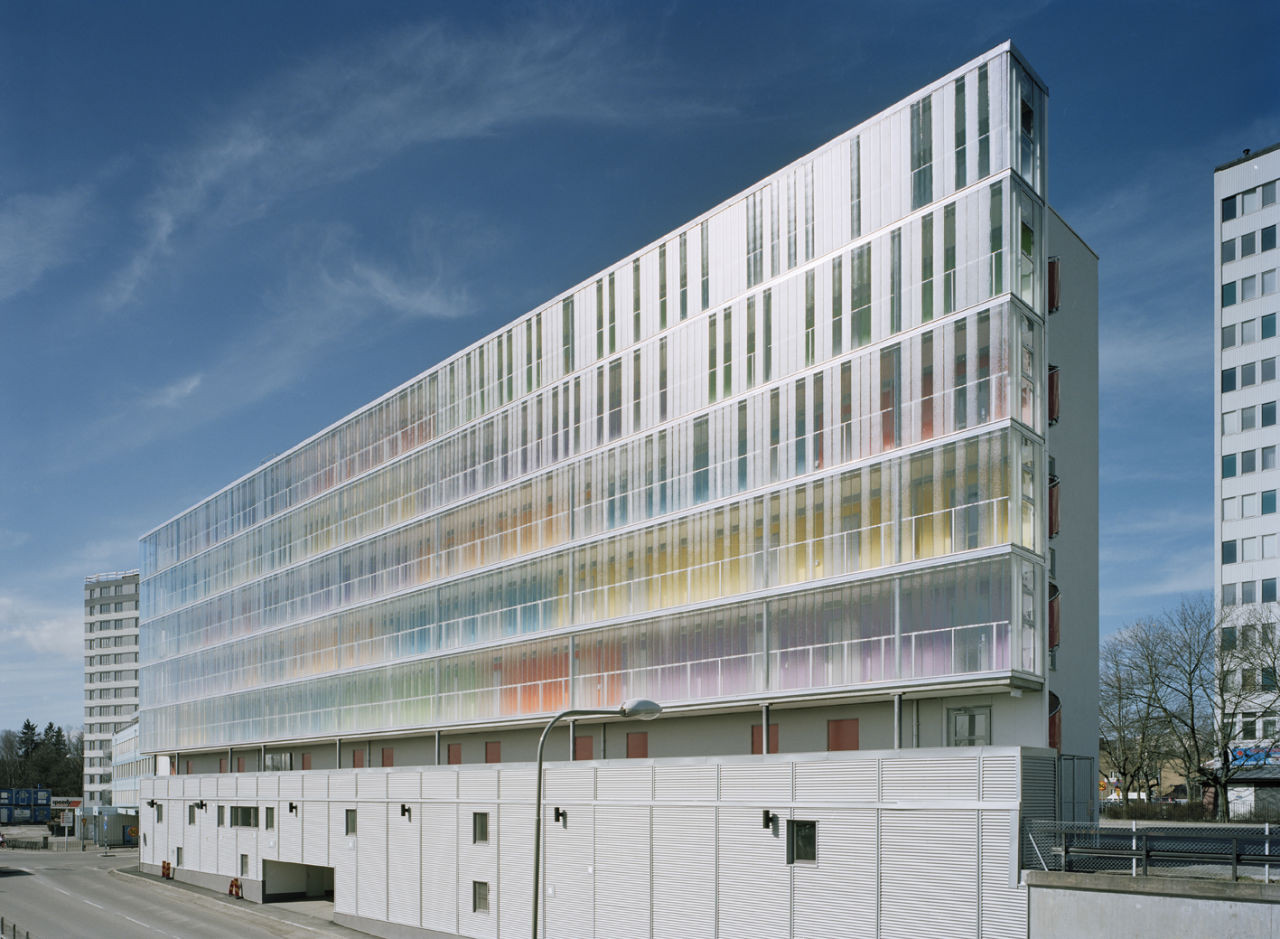 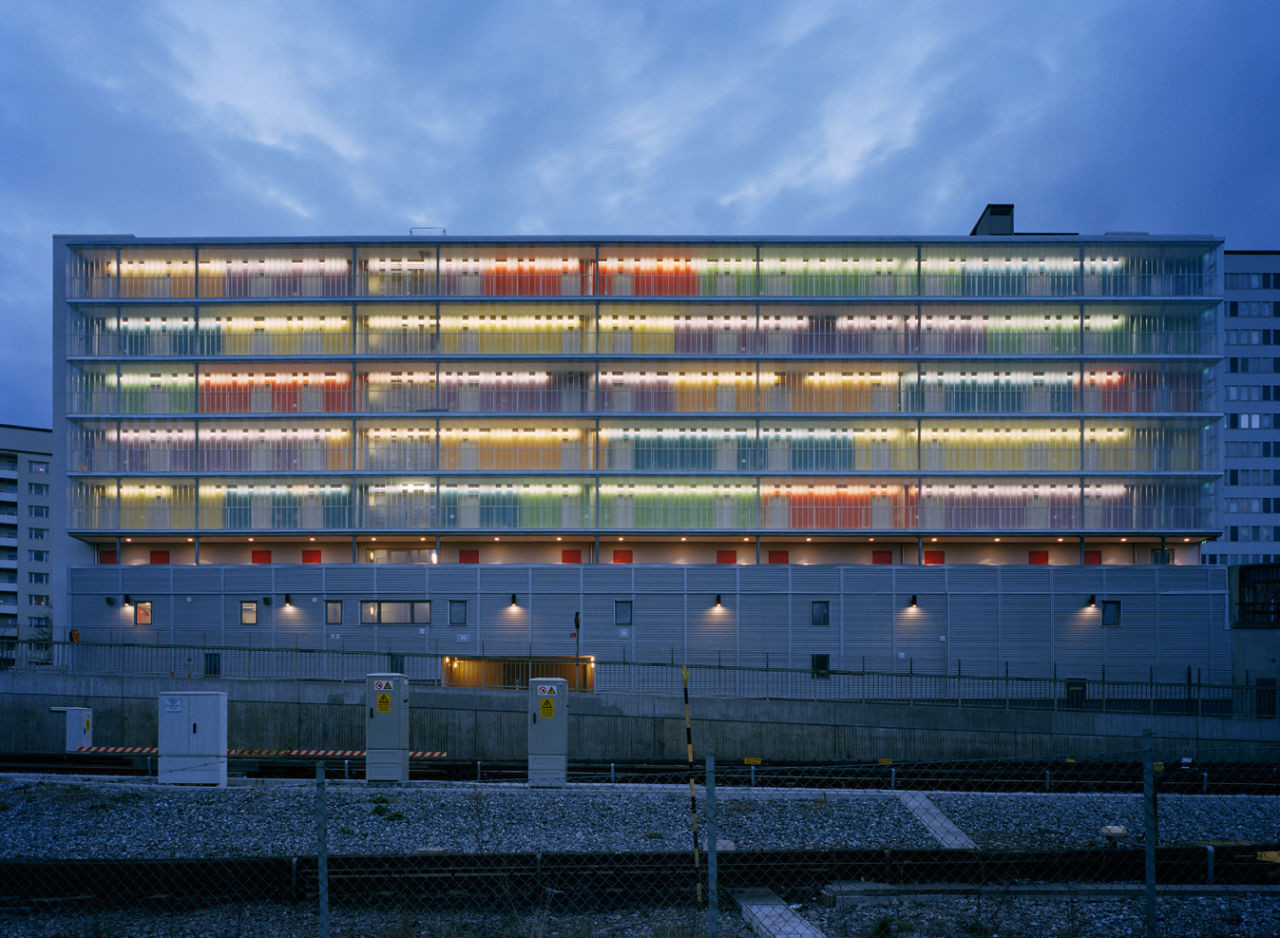 Methinks a modern counterpoint to the brick-heavy sections would be really good if that is indeed what they were going for (and if the white panels look really slick and are otherwise up to the challenge). The curved corner looks great. But the appearance of those balconies doesn't seem right. They don't fit. Maybe the actual balconies would look more modern and less motel-ish?

The brick on the upper floors on the Broughton corner just looks like an afterthought to me. Uninspired. But I suppose we really need to see a picture of the Broughton Street side.

Edit: I have to give it props for mixing things up a bit and for having such a good ground floor. I like the clash of the white against the red brick (that's some of that "spice" that Concert's project for the motel site seems to be missing). This is not your father's retirement residence.

white against the red brick (that's some of that "spice" that Concert's project for the motel site seems to be missing). This is not your father's retirement residence.

Old folks aren't what they used to be. 65 year olds were born in 1952. I have it on good authority that people born in the sixties will be old folks in the near future. Astounding but true.

Only 65 were born in 1952? That seems low. Heck, the membership of VV would account for a big chunk of that.

call me crazy but i think like the quadra st side better...

Rezoning application was received last week, no documents on the dev tracker yet though: https://tender.victo...Number=REZ00613

Rezoning application was received last week, no documents on the dev tracker yet though: https://tender.victo...Number=REZ00613

The attachment is there now (it's a massive document with detailed floor plans etc.), and the design has changed.  Here's one of several new perspective renderings of the project. 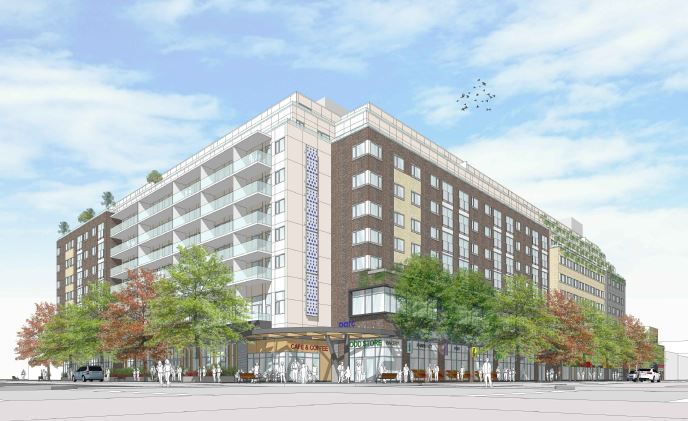 I think I preferred the earlier design with the red brick... the current design seems more 'institutional', which is a look that should be avoided when designing homes for seniors (imo)...

Almost everything that was good about it is gone now. They fixed the motel balconies but downgraded pretty much everything else.

You're exactly right. The reason it looked good before is because it didn't have that canned institutional flavour. Curved glass on the corner, etc. Did somebody scold them because their retirement residence didn't look enough like a retirement residence? Now I'm Nparker, shaking my head at how silly this dance is. Thanks for posting that original rendering aastra!

I agree, I heavily prefer the curved portion on the original rendering - it almost looks like two separate buildings which is enjoyable. The newest proposal looks much more like one, standing building.

Am I counting nine-storeys now?

Am I counting nine-storeys now?

It's just a big 10 floor wall now. It got "Tapestry'ed", without even the redeeming feature of height variation that the Tapestry project will have. Sad.

Your membership card in the "Nparker Fan Club" is on its way.*

Also, look at how the trees are hiding the lower levels. For crying out loud, start requiring (allowing?) developers to build stuff that doesn't need to be hidden behind trees in order to look good. I can imagine the folks in charge being shown rendering "A", and offering all sorts of negative feedback. So then they're shown rendering "B" (exactly the same but with lots of trees), and everybody agrees that the design has been improved significantly.

Also, look at how the trees are hiding the lower levels. For crying out loud, start requiring (allowing?) developers to build stuff that doesn't need to be hidden behind trees in order to look good.

Just be thankful the project is allowed to be taller than the trees. As I recall, that was one of the criticisms directed at the 200 Cook Street project.

I notice that the seagulls have bunched up in the latest rendering as though they are preparing to attack. Even they seemed happier with the earlier design.

So are the usual suspects on vacation or something? This project and the other project for the same block will turn a very lowrise stretch of Fort Street into a midrise wall from Quadra almost to the corner of Blanshard. Where's the canned outrage?