71 replies to this topic

I think some of you are misunderstanding how the Russian hacking would influence the vote.  They didn't hack into the voting machines and turn a "D" to an "R"; they used spear-phishing to attempt to gain access to local government agencies who were providing election related services.  They attempted to steal login credentials and open back doors to software companies involved in voter databases and absentee ballot requests by using those 'spam' e-mails we've all seen.  In some cases, they succeeded and they got in.

So, Comey is correct; they didn't turn a single vote.  That's because the aim of this attack wasn't to turn votes, it was to prevent them from being cast via misplaced absentee ballots or minor errors in a voter's registration information.  It's a much shrewder way of doing it, and one that would be incredibly difficult to catch.  If you went to vote but couldn't because your birth date was wrong (or if your absentee ballot never got to you), you definitely wouldn't suspect that it was the Russians that were responsible.

The beauty of this is that they wouldn't have to do this all over the country to be effective; they would only have to target specific counties in certain key states.

Also, if you consider this to be a bad night for the Democrats I'd like to know what planet you currently reside on.  Here's a list I came across of some of the major take-aways from this testimony.

Trump allegedly intervened in a criminal investigation, as reported by James Comey himself.

Nobody is being prosecuted for obstruction of justice (yet).

Yet is the key word, as Comey has been out of the loop somewhat for a month, so the present reaction is towards OLD NEWS.

It's far from over yet, as the  FBI and others continue to probe deeper.

Jables, there's an equally if not longer list of points that can be turned around at the Dems.

But here's the difference. The Democrats were hoping Trump would get skewered and the public sentiment was that Trump's misdeeds would be aired, but instead the focus turned on the Democrats in an embarrassing way. Suddenly you've got Comey coming clean about things that they had hoped would never be aired, and the outcome of today's session shows that a whole bunch of rocks have been thrown in a glass house.

The mainstream media has also taken a big hit to the chin. Comey definitively stating their Russian hacking coverage was dead wrong sent shockwaves through the media industry, for they all relied on each, ie CNN said this, NYT said that. It was all BS, and now the world knows it.

Actually it seems the world is finding out the leaks were BS... remember Comney said they were dead wrong about the leaks they were reporting on. He never said there were not leaks. So were dud the leaks come from then?

The Democrats that were hoping for a skewering today should keep their expectations in check. What this hearing did was get Comey's unsettling interactions with Trump on the record. Where that leads is up to the special prosecutor. There is no doubt that today was a big day, but this is far from over.

As far as the media goes, I don't see Comey's comments that they got it wrong as a black eye on the Dems or a vindication for the GOP. Why? Because the investigation is still ongoing, and Trump isn't going to be cleared or condemned based on leaks, true or not. Also, Comey did not confirm or deny the accuracy of the leaks themselves; he confirmed that the media was interpreting them incorrectly and out of context. That shouldn't come as a surprise to any reasonable person.

What ultimately matters is what's on the record, and where the investigation leads. I'm confident we're in good hands on that front.

But I do think, however, that the mainstream media has been propped up throughout this whole fake news era. Comey's testimony is damning. So much so that the NYT (and I'm sure other organizations) are now trying to save their skin by claiming they do not support Comey's assertion and will "investigate." Geez Louise.

I mean, really? Who's the person vetting your sources, CNN and NYT? This guy? 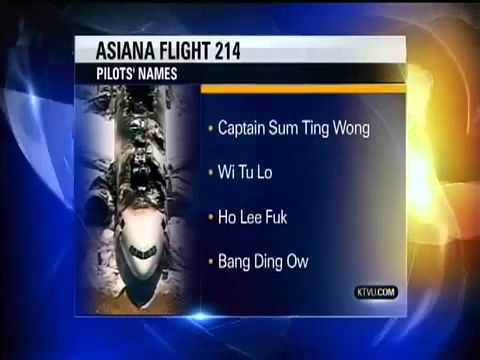 I can see your point about how the media has been taken as gospel recently (if that's what you mean by propped up), but unless we're talking about hyperpartisan media organizations (I am sure we can think of many examples on both sides) I won't denigrate them. They're too important to the democratic system. We can debate their methods and disagree with their conclusions, but the fact is: Their reporting is what prompted these hearings to happen in the first place.

Once again, you are assuming the source are not valid. They could very well of been planted sources? They could of been sourced to plant fake new so that certain people could yell about fake news, and ultimately proce once all is said in done that their claims of fake news are true.

The main takeaway from today is that the Senate Republicans are still running interference for Trump in a big way. Their loyalty is touching as Trump will throw them under a bus whenever it suits him.

Impeachment won't get underway till after 2019 at the earliest and then only if the Democrats win the house in the midterms.

Only the VV peanut gallery could spin this into somehow bad for the democrats...

If Trump ever kicks a baby I'll race over to VV to find out why it was all the Democrats' fault.


You mean like meeting the attorney general in secret on the Tarmac then having that same AG tell the FBI director to change the "wording" of his investigation into his wife's improprieties?

Oh wait that was Bill Clinton

Once again, you are assuming the source are not valid. They could very well of been planted sources? They could of been sourced to plant fake new so that certain people could yell about fake news, and ultimately proce once all is said in done that their claims of fake news are true.

Could very well be the media making up stories in order to get eyeballs. Inside secret for you. In the 'ol days on CFAX when you heard Terry or Joe say that they heard something on 'coffee row', it means that they made it up. Been going on a very long time.

Can anyone tell me why Russia is our enemy in the first place?

Can't be human rights as many of our pals (ie Saudi Arabia, UAE, etc) have far worse records
Can't be the annexation of Crimea as we and the Americans have invaded far more countries in recent years
Can't be the harbouring of Snowden as Ecudor has provided safe harbour to Assange for far longer
Can't be because they are Muslim as they are not
Can't be because they fund terrorism as they don't
Can't be the Chinese as we buy too much crap from them and they haven't done anything to anyone for decades anyways

Is it because our military industrial complex requires that we have an enemy and they are just the most threatening looking one?

Which country did Canada "invade" recently?

But I agree a bit. Blaming Russia is pretty good since blaming any other country that's not white would be less politically correct. Russia is the last white bad guy.

But look Russia publishes "news" insets right into the Washington Post. Why even suggest they do it covertly? Bezos takes their money to publish the Russian government propaganda.

You mean like meeting the attorney general in secret on the Tarmac then having that same AG tell the FBI director to change the "wording" of his investigation into his wife's improprieties?

Oh wait that was Bill Clinton


So... since they are pretty much BOTH guilty (Hill and the Don), neither should get to be president, and no one associated with this with this Presidency should be able to keep a job.

^WHY WOULD HE SAY THAT?! He's now basically accused a frickin' FBI director of perjury for no strategic purpose whatsoever. All he had to do was keep his yap shut.

Makes me wonder if Donald was one of those little boys that repeatedly hits himself in the face during a tantrum.

Comey says he doesn't have tapes and Trump hasn't decided if there are tapes.

In today's world I would guess there are NO tapes, but there could be digital recordings.

Might be very difficult to prove obstruction. Never mind. Follow the money. There are many reasons the tax returns remain locked up.
Trumpf has ties to some extremely unsavoury Russians and Russian money, Felix Sater is a name to watch.

Back to World Events