Passed by on Kings Rd. early this afternoon. Not much apparent change on the backside, except for the one section being opened up. Street view (Oct 2019) for comparison: https://www.google.c...!7i16384!8i8192

The Times Colonist moved its editorial, advertising and business operations to Upper Harbour Place in Vic West last September, and its circulation staff to Esquimalt. The newspaper is not returning to the Douglas Street location, where it had been since the building was completed in 1972.

One of the newspaper’s unions is concerned that a sale of the Times Colonist building could mean layoffs in the future.

​Their concern should be that the TC follows many other papers and goes fully digital with no office and only a skeleton reporting and sales staff working from home.

A proposal to revamp the former Times Colonist building on Douglas Street with a brewery, distillery, brewpub, liquor retail sales and commissary kitchen will go to a public hearing.

Merchant House Capital is planning to create a “campus-style” mix of offices, liquor manufacturing space and a 13-storey residential tower. They are applying to rezone the land to allow for the new uses. An application for the 150-unit tower, to be built on the parking lot, is still being prepared for city council.

Major structural and seismic work is complete in the existing building, at 2621 Douglas St., and construction is expected to be finished in June 2022.

I thought this had been approved ages ago.

I thought this had been approved ages ago.

Yeah ditto...what they are building if not what they were approved for?

I suppose the work they are doing now matches current zoning. but future phases need re-zoning or other consideration.

Odd, it's like our own Mandela effect. I too thought the project has long-ago been approved.

Odd, it's like our own Mandela effect. I too thought the project has long-ago been approved.


The office conversion is already approved and permitted, the distillery component needs approval (along with the next phase- a separate residential building).

Major structural and seismic work is complete in the existing building, at 2621 Douglas St., and construction is expected to be finished in June 2022.

“Nothing like adding a new floor to get more office space. This mezzanine office space overlooks the distillery/brewery space with a full south-facing glass wall. Views of the roof top cafe are also visible. 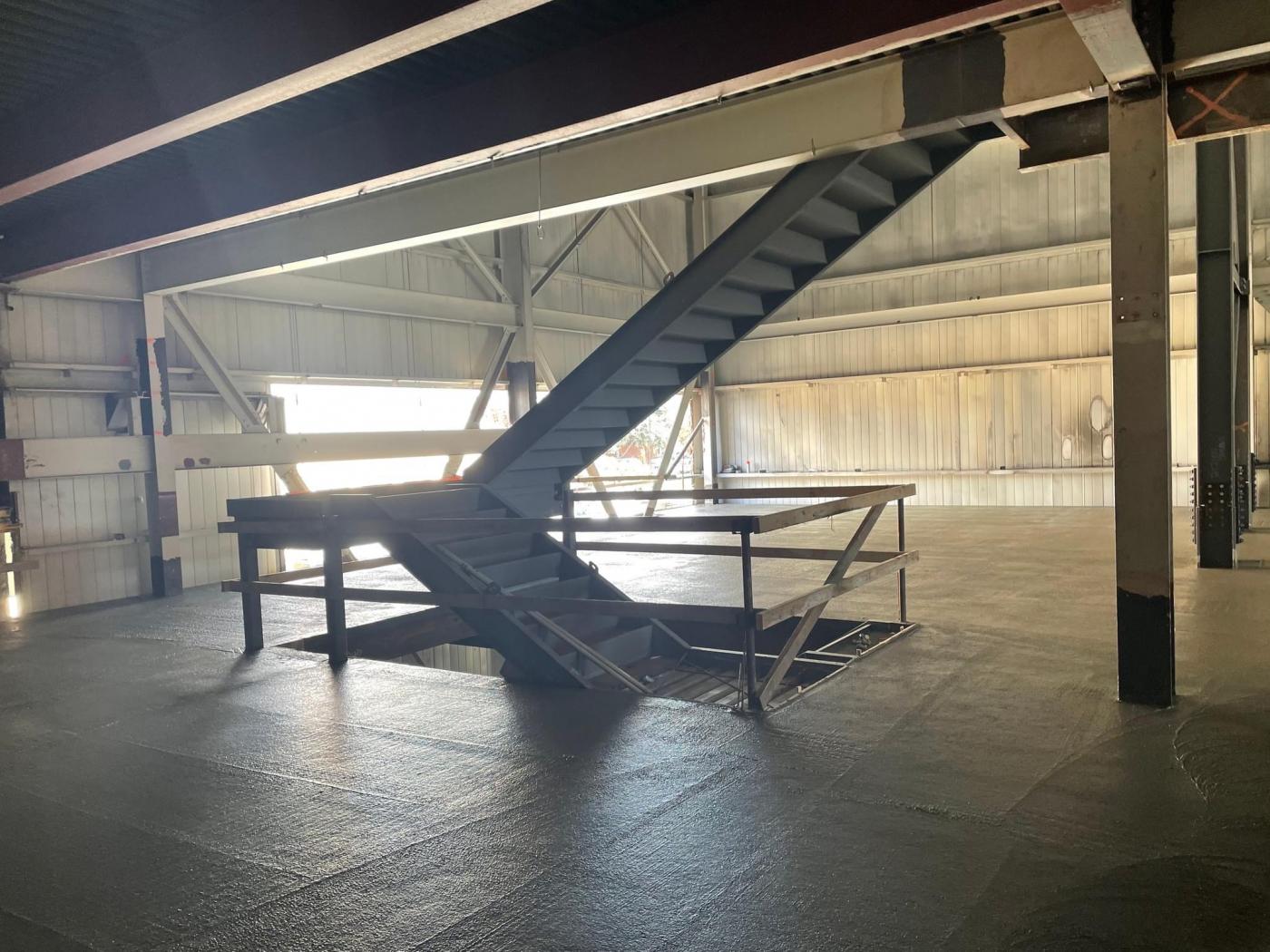 The developer behind the re-imagining of what was the Times Colonist building says the city’s approval of variances allowing a brewery, distillery, pub and commissary kitchen will inject new life into the site.

David Fullbrook, chief executive of Merchant House Capital, said it has now formalized a series of uses for the project that will generate some excitement about the $26.6-million Victoria Press Building project.

“We always imagined this would have some food and some excitement,” said Fullbrook, after Thursday evening’s public hearing which gave him the green light.

Fullbrook said with the zoning now settled, making a deal to bring in a brewer, distiller and publican will be much easier.

We are especially excited that Vancouver based Coho Commissary will be establishing a 20,000 square foot commercial kitchen in the building. Coho rents out kitchen space to food industry businesses that are getting started or expanding while also offering expertise and guidance.

Joining Coho Commissary in the Victoria Press Building will be Zetron, a critical communication technology company based in the United States and Australia. Zetron will be occupying approximately 40,000 sf of leased space on the second level.

Aurinia Pharmaceuticals Inc. has also entered into a lease and will occupy the third floor, including the new mezzanine space established in the Print Reel Room. These remarkable tenants will bring extraordinary life to the building and to Midtown, while enriching the economic ecosystem of Victoria as it evolves to meet the challenges of the 21st Century.

Codan is the outfit that acquired long time Victoria communications firm Daniels Electronics in 2012. No surprise then they would be familiar and very comfortable with signing on in the local market. They do a lot of comms business with various military establishments around the globe so this is a nice 'win' for the city.

Changing the course of autoimmune disease

We are committed to transforming people’s lives by delivering therapeutics that change the course of autoimmune disease. This area includes many of the most challenging and burdensome chronic diseases for global healthcare systems, and on an individual level they often have significant impacts on quality of life.

Through scientific and clinical excellence, deep engagement with patient communities and commercial expertise, we are building our leadership in specialty pharmaceuticals for autoimmune disease to deliver long-term value to patients and the healthcare system.