The Brexit vote and Victoria

Andrew Coyne: Why Canadians shouldn't be smug about the political crises in U.S. and Britain

The difference may simply be that ours were able to get away with it. For we have our own reckless leader, who has taken liberties with the law

U.K. Prime Minister Boris Johnson is prepared to challenge Queen Elizabeth II to dismiss him rather than resign as he attempts to push through Brexit by the Oct. 31 deadline, the Sunday Times reported, citing senior aides.

Johnson would not step aside if his Brexit proposals were rejected by the European Union, and even if members of the U.K. Parliament declare no confidence in his government and agree to a caretaker prime minister to replace him, according to the report.

Andrew Coyne: Why Canadians shouldn't be smug about the political crises in U.S. and Britain

The difference may simply be that ours were able to get away with it. For we have our own reckless leader, who has taken liberties with the law

now just one week until something is supposed to give.

Nothing that happened in the privacy of a country house wedding venue on the Wirral means there will be a deal with the EU in the next seven days.

Nothing has made the obstacles in the way of reaching an agreement magically disappear.

But something has changed today.

After days of various EU players publicly scorning the UK's proposals, explaining the objections and lamenting the weaknesses, there is a tangible willingness, on the bloc's side at least, to see seriously if they can work.

We've discussed here so many times why Ireland's attitude matters so much, so the very public positivity from Mr Varadkar - his "maybe", instead of "no" to Mr Johnson's proposals - is extremely important.

There is hardly any detail out there of the compromises or concessions that might be actually in play to make a deal work.

a deal may be close!

as usual when you run things right to the wire they get done.

Good chance of a Brexit deal but not done yet: UK culture minister

it's cheers all around!  boris really is the next winston churchill.

The Latest: Germany says Brexit deal is a 'diplomatic feat' 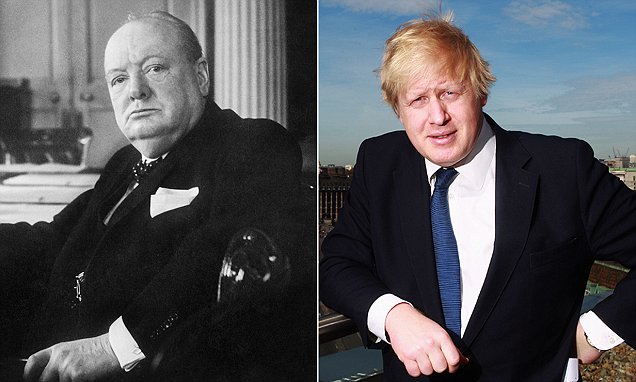 It will be interesting to see if this gets passed by the house of commons.  The deal May agreed on was rejected.  The DUP has already said they will not endorse it.  There is widespread support for a second referendum.

There is widespread support for a second referendum.

That's the only logical thing to do at this point.  I don't think anyone who voted for Brexit knew how complicated it would be.

there will be serious street rioting if there is another referendum.

Boris Johnson’s team were pasty-faced with exhaustion as they briefed journalists about the details of the Brexit deal in Brussels on Thursday afternoon – but the PM himself was unable to suppress a beam of triumph, as he glad-handed his fellow leaders.

Just a week after Johnson’s meeting with the Irish prime minister, Leo Varadkar, at a wedding venue on the Wirral, Downing Street hopes it has now engineered that rare thing in politics – a win-win situation.

If the PM’s deal is passed by MPs on Saturday, he’s well on the way to getting Brexit done (the slogan “Get Brexit Done” was plastered on every available surface at the Tory conference in Manchester last month).

If it’s rejected, and he is forced by the Benn act into requesting an extension against his wishes, it will provide a clear, public demonstration of his claim that he wants to get on and take Britain out of the EU – and recalcitrant MPs have stopped him.

The last few years have underlined the futility of making confident pronouncements about politics. But – whisper it quietly! – today was a victory for Brexit and common sense.

First came the routing of Extinction Rebellion. After activists targeted the tube network in Canning Town – already a bold choice for a bourgeois protest – East End commuters finally fought back. So ferocious was the popular backlash to XR’s overreach that even erstwhile supporters like London Mayor Sadiq Khan were forced to perform ignominious ‘reverse ferrets’ and criticise the group, having applauded their extreme methods for months.

well this is more than a bit of excitement.

Prime Minister Boris Johnson hopes that electing a new crop of lawmakers will provide a solution to the deadlock that has stalled the U.K.'s departure from the European Union.

The House of Commons voted 428-20 — with dozens of lawmakers abstaining — for a bill authorizing an election on Dec. 12. It will become law once it is approved Wednesday by the unelected House of Lords, which does not have the power to overrule the elected Commons.

Johnson is pushing for an election in hopes of breaking the parliamentary stalemate that blocked his plan to take the U.K. out of the European Union this month. This week the EU granted a three-month Brexit extension until Jan. 31.

$5.00 says that they’ll be in the same boat Dec 13th as they are now - a split populace and Parliament, with no clear majority or direction...

Would be nice to see a "politician " (liar) keep his promise. 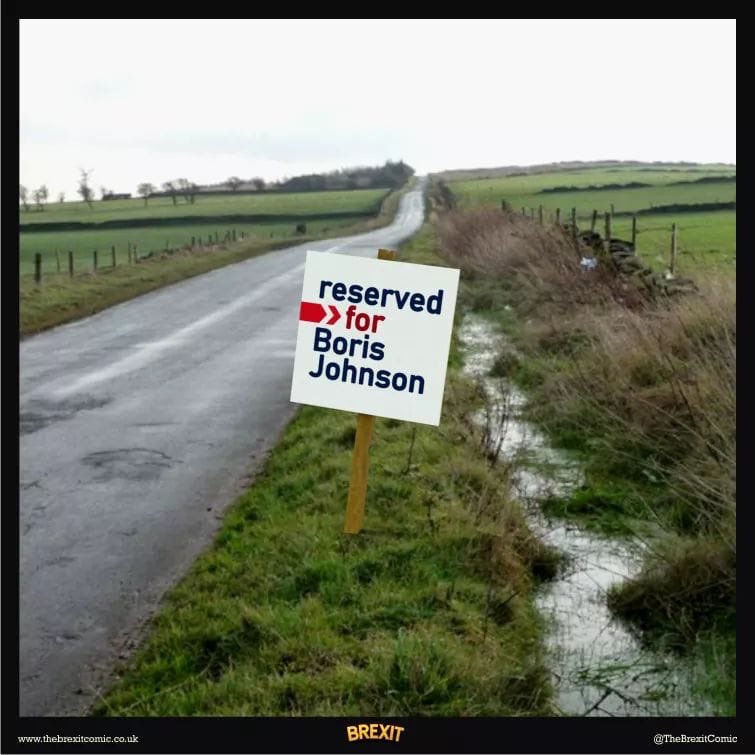 this is a good article.

Boris Johnson has big lead in UK election. That might not mean much

farage is an interesting character i quite like listening to him.  boris really needs to make a deal (maybe even behind closed doors) with him in some way.

Watching the slow moving train wreck of the UK election the one constant that keeps coming up is the antisemitic views of the Labour Party and the milquetoast response by Corbyn. He is having a very hard time speaking out against antisemitism in part because he's fine with the blatant Jew hatred taking place within his ranks.

I wonder how our resident Canadian leftists look at the UK Labour Party in this light. This is way bigger than Andrew Scheer not walking in a Pride Parade...

The Brexit Party will change its name to the Reform Party after the UK leaves the European Union, leader Nigel Farage has said.

It will campaign for changes to the voting system and the abolition of the House of Lords, he told Sky News.

Mr Farage, who has already registered the new party name, said it would "change politics for good".

The announcement comes after a week in which the Brexit Party lost four Members of the European Parliament.

One of the MEPs, Annunziata Rees-Mogg, warned that "the Brexit Party are permitting votes to go away from the Conservatives, providing us with a Remain coalition that will do anything not to honour the Brexit referendum".

And Conservative chair James Cleverly has previously said the party could "frustrate" Brexit.

Use the page links at the lower-left to go to the next page to read additional posts.
Back to World Events