This will be going to a public hearing...

Interesting that street folk have annexed the covered sidewalk on Pandora outside this property. All pedestrians and disability scooters must go the wrong way down the one-way street in order to pass.

Interesting that street folk have annexed the covered sidewalk on Pandora outside this property...

Even more interesting - but not the least bit surprising - the CoV is doing nothing about it.

New plans were uploaded to DevTracker yesterday. Per the revisions letter, the new Step Code means that they are no longer able to use concrete as an exterior material, and they have also had to change around some of the structural walls and columns on advice of their engineer.  The unit count is unchanged.

Here's a new view of the project looking to the NW from the CRA building: 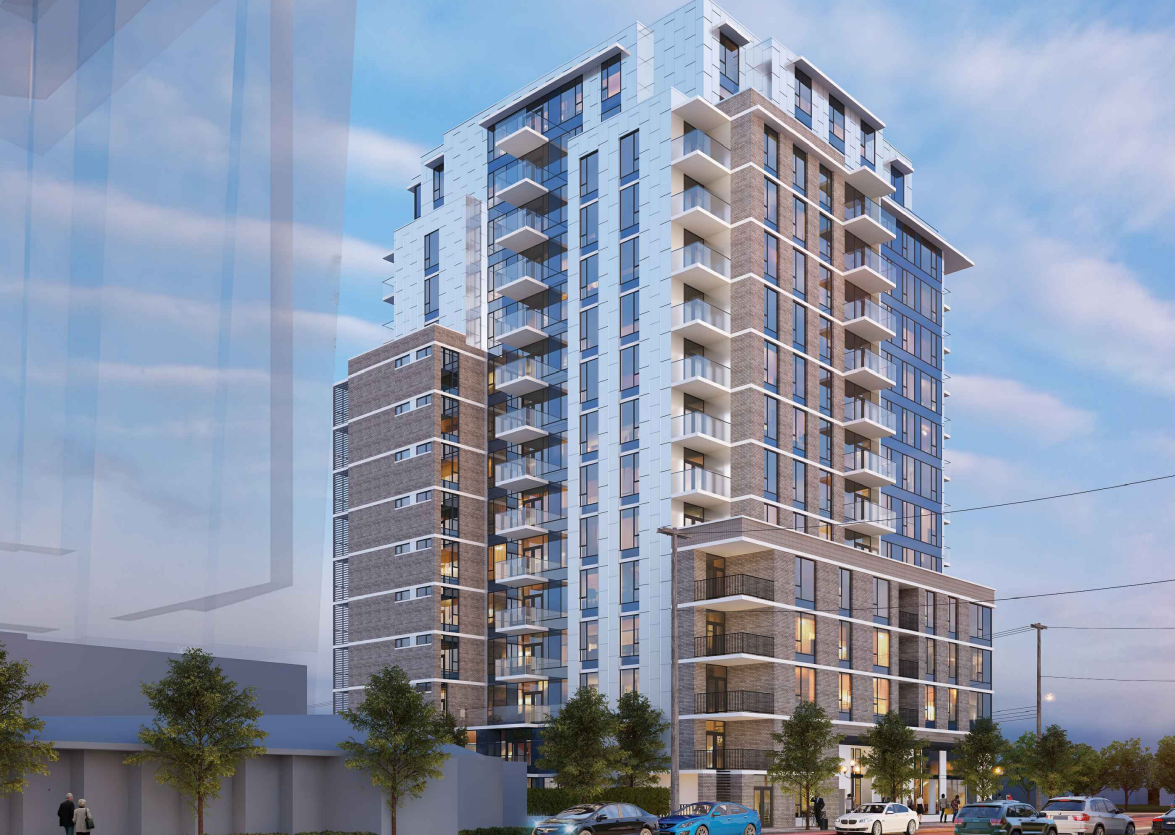 Thank you for the update.

Each unit now comes with its own druggie.

The biggest problem with the shared concept is bathroom cleaning. We all know men have a genetic flaw that prohibits them from comprehending the concept of properly cleaning the bathroom. The average man thinks sufficient bathroom cleaning means mopping up visible bodily fluids with a wad of toilet paper. This creates domestic conflict.


As someone who is responsible for maintaining multiple public washrooms over the years, I can attest the “ladies” room is always the worst and needs the most attention and repair, hands down.

Here are a couple of additional images from last week’s redesign: 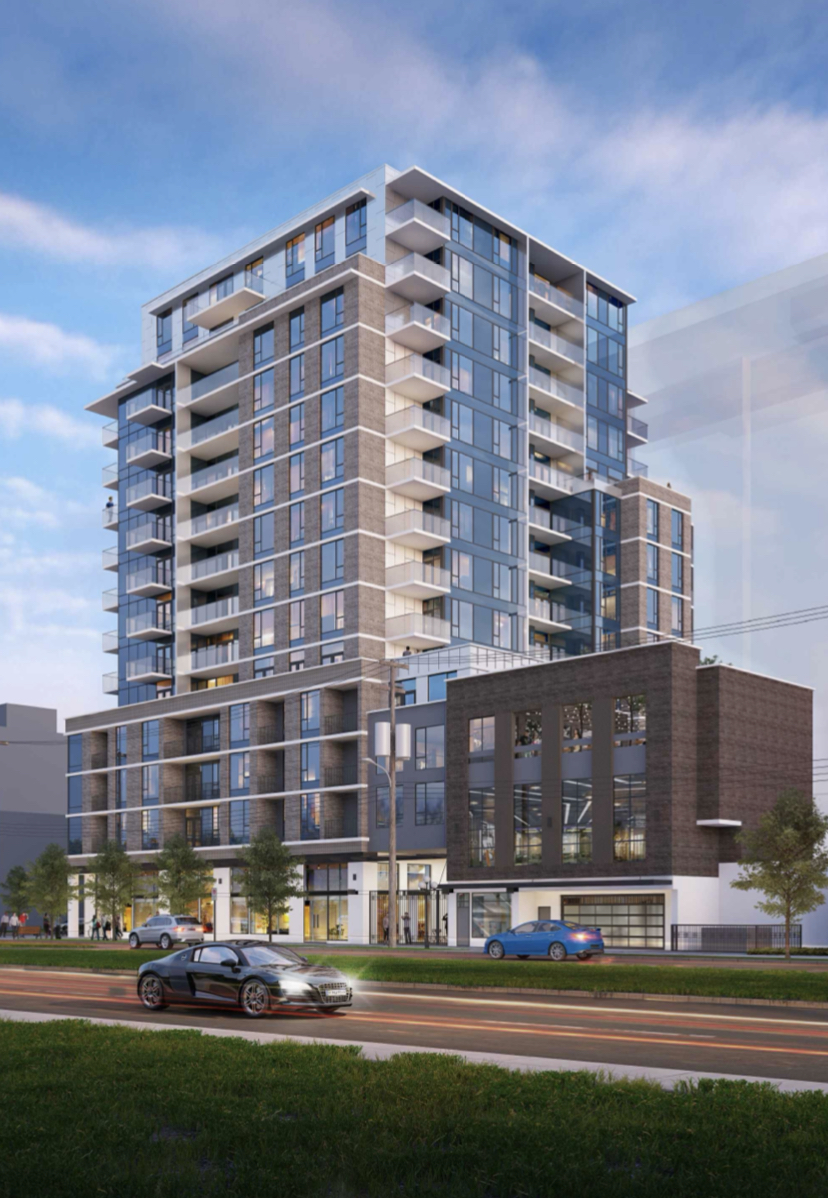 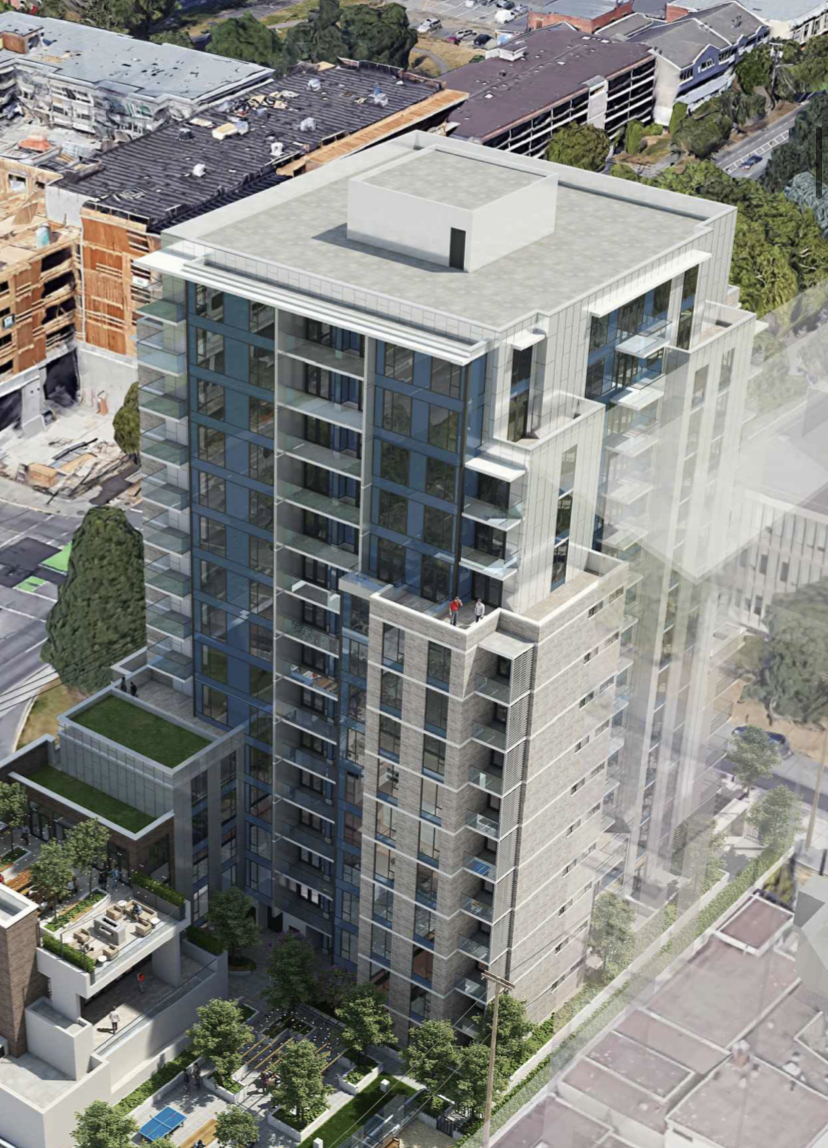 Weird how they are already anticipating the return of the Save on Foods back to a wooden frame.

This will be going to a public hearing...

Does anyone know if this was approved?

No idea if this is the right thread.


A proposal for a 16-storey mixed-use building that would bring rental apartments and co-living units to the border of Harris Green and North Park has been moved to a public hearing.

The design calls for 67 rental apartments ranging from studios to five-bedroom spaces, as well as 54 co-living units, described as a system where residents rent their bedroom, but share communal living spaces with others in a “pod.” A sample four-bedroom pod shows a large communal kitchen, a shared bathroom for two of the tenants and two bedrooms with ensuites.

This will move to a public hearing on Thursday, January 13 (council meeting).

Nearly 3.5 years since first proposed and still not approved. And we wonder why housing is so expensive in this city.

The city can rent most of the pods and just move the druggies in from Pandora.

The city can rent most of the pods and just move the druggies in from Pandora.

You realize that's quite likely to happen.

N Park: I was not kidding, It is very likely to happen. I have trouble seeing any investment trust buying this building so I suspect the lovely taxpayer will happily overpay for it.

N Park: I was not kidding, It is very likely to happen. I have trouble seeing any investment trust buying this building so I suspect the lovely taxpayer will happily overpay for it.

“Low-income people haven’t had access to this new development, to these new units, this affordable housing. What they want is the lower rent in their own housing that they have right now,” he said.

At least he's honest about his job title.