2. The interior of the buildings could be restored and adapted for use as offices and/or meeting space for ­Victoria-sponsored arts, culture and heritage ­organizations. (Perhaps even as an adjunct to City Hall, only two blocks up Pandora?) Such organizations could pay some rent to the city.

For crying out loud, blah civic uses are ALWAYS extolled as the supposedly ideal and sensitive approach. It's the definition of unimaginative. On the one hand we call for innovation, but on the other hand we want more blah civic spaces?

I'm not saying such civic uses should be entirely out of the question, but I AM saying government offices, meeting rooms, and event spaces (the lamest of lame civic uses) should be the very last bright idea that anyone who cares about appropriate use would ever come up with. But instead, it's the first bright idea! (not to mention the only bright idea)

Mike K. offered the following gem of insight when the topic of potential civic uses was raised yet again back in October, 2019:

The interior of the buildings could be restored and adapted for use as offices and/or meeting space for ­Victoria-sponsored arts, culture and heritage ­organizations

^Therefore they're the perfect place for meeting spaces for Victoria arts organizations.

You see what I'm getting at, right? NOBODY would consider those old buildings and say, "It's such a shame that these buildings have been sitting derelict for so many years when they would obviously be the perfect place to hold public-sector or non-profit meetings."

The only reason we would ever contemplate such weak sauce "re-purposing" is because we're deliberately evading and avoiding doing something interesting.

It's a deliberate handcuffing of the potential, and dressing it up as if it were something noble or virtuous (when it's actually just stickling and stubborn).

Yes because open-air "arts" plazas in this city are always such resounding successes (cough...Centennial Square...cough cough). The one we do have - Centennial Square - mostly sits vacant and empty much of the year, that's when its not being overrun by homeless and street people. As of now that 'vacant space' on Wharf Street is little more than a hang out for the overflow street crowd from CS. What makes the NJ location so special that it wouldn't suffer the exact same fate?

Just more excuses..."anything" to prevent building "new" or - GASP! - 'tall' because we all know five whole floors will cast a shadow over the entire planet and throw civilization as we know it back into a Thousand Years of Darkness. Sigh.

Are we supposed to believe Mr. Wheelock doesn't know that the present "viewscapes" along Wharf Street were created in modern times by demolishing some of Victoria's oldest heritage buildings?

For reference, circa 1963 before this piece of Cormorant became Pandora (realignment was via creation of Centennial Square, iirc). Everything green was zoned Light Industrial. 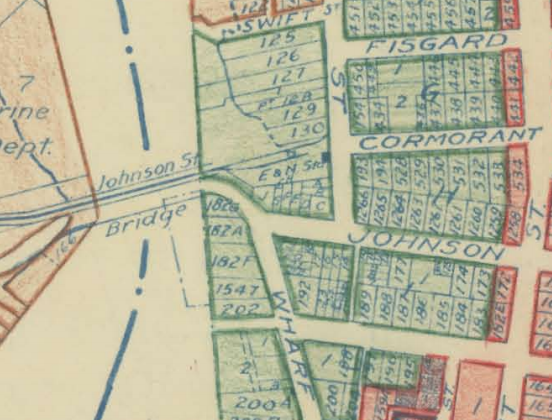 In September, 2020 a heritage researcher and author said:

Instead of trying to hide the buildings in amongst some alien towers, imaginative developers could seize the opportunity to celebrate that history...

In December, 2020 a former president of the Victoria Heritage Foundation and former chair of B.C. Heritage Trust said:

The interior of the buildings could be restored and adapted for use as offices and/or meeting space for Victoria-sponsored arts, culture and heritage ­organizations. (Perhaps even as an adjunct to City Hall...)

It just feels like we're all being trolled, doesn't it?

Good thing it was not up to me since I would annoy everyone. I would let the developer raze both  buildings give him six floors of condos, stepped back from the street and have the developer give half of the ground floor for a new marine Museum.

^That would be the traditional approach to heritage preservation in the CoV, right down to the introduction of modern setbacks where setbacks had never existed before.

But along Wharf Street the approach has tended to be even more enlightened and sensitive. Normally nothing would be built following the hasty demolition. Normally the void would be preserved as waterfront surface parking open space for decades to follow.

This pic is from the 1960s, so already several buildings have been demolished (including the HBC warehouse at the foot of View Street and some buildings right across the street from Northern Junk). But even so, the premise that the old commercial/industrial district was all about waterfront view corridors is obviously revisionist nonsense. The views from the street were created by knocking down the buildings that once lined the street. Just imagine if the focus hadn't been on creating new views from moving automobiles but rather on preserving the buildings and creating a new waterside walkway for pedestrians? It could have been amazing. For crying out loud, even today the prospect of a decent waterside walkway is still controversial. 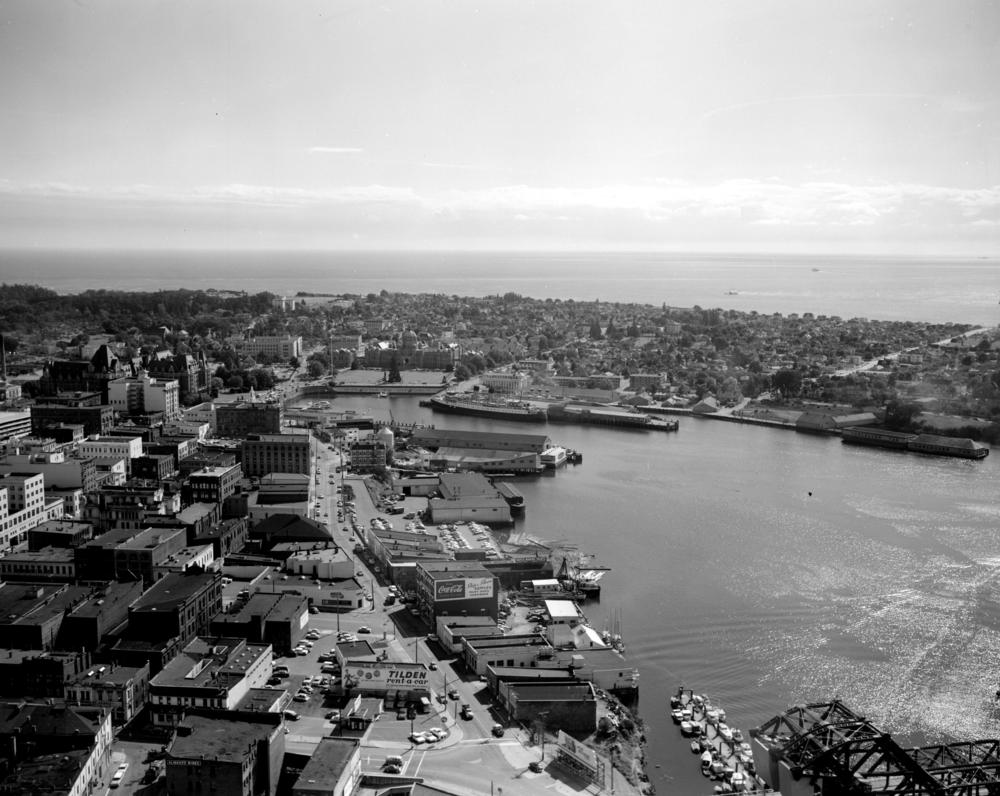 ^And as you've pointed out numerous times, along with new construction would come a new harbourfront walkway with spectacular views geared toward the pedestrian.

It seems like eliminating (or not taking advantage of) "flatiron" spots was an objective in post-WW2 urban planning. See the way it came to a point there just north of Northern Junk? It's easy to imagine the sidewalk on the street side and a walkway along the water side. The corner right across the street from NJ was also something of a flatiron corner. Also, the lost sliver of a block that was eliminated at Pandora & Government as part of the Centennial Square project.

I've observed before how there was that effort to eliminate much of the supposed "chaos" and "confusion" of the old urban realm, and replace it with tidy regularity and uniformity.

And methinks the reason why people were suddenly offended by the supposed chaos and confusion is because they were now driving automobiles regularly and searching for parking spots, etc.

In terms of its overall personality and presence, this current proposal would seem to agree very well with the old formula* for Wharf & Store Streets. Which is ironic, since I'd bet a donut that the effort to confine the project to the footprint of the Northern Junk buildings themselves was never intended to produce a better concept (methinks it was intended to prevent redevelopment from happening at all).

*Of course, we now understand that the old formula for Wharf & Store Streets was all wrong, which is why we're trying to overturn it in the interest of preserving heritage and Victoria's historic built form. 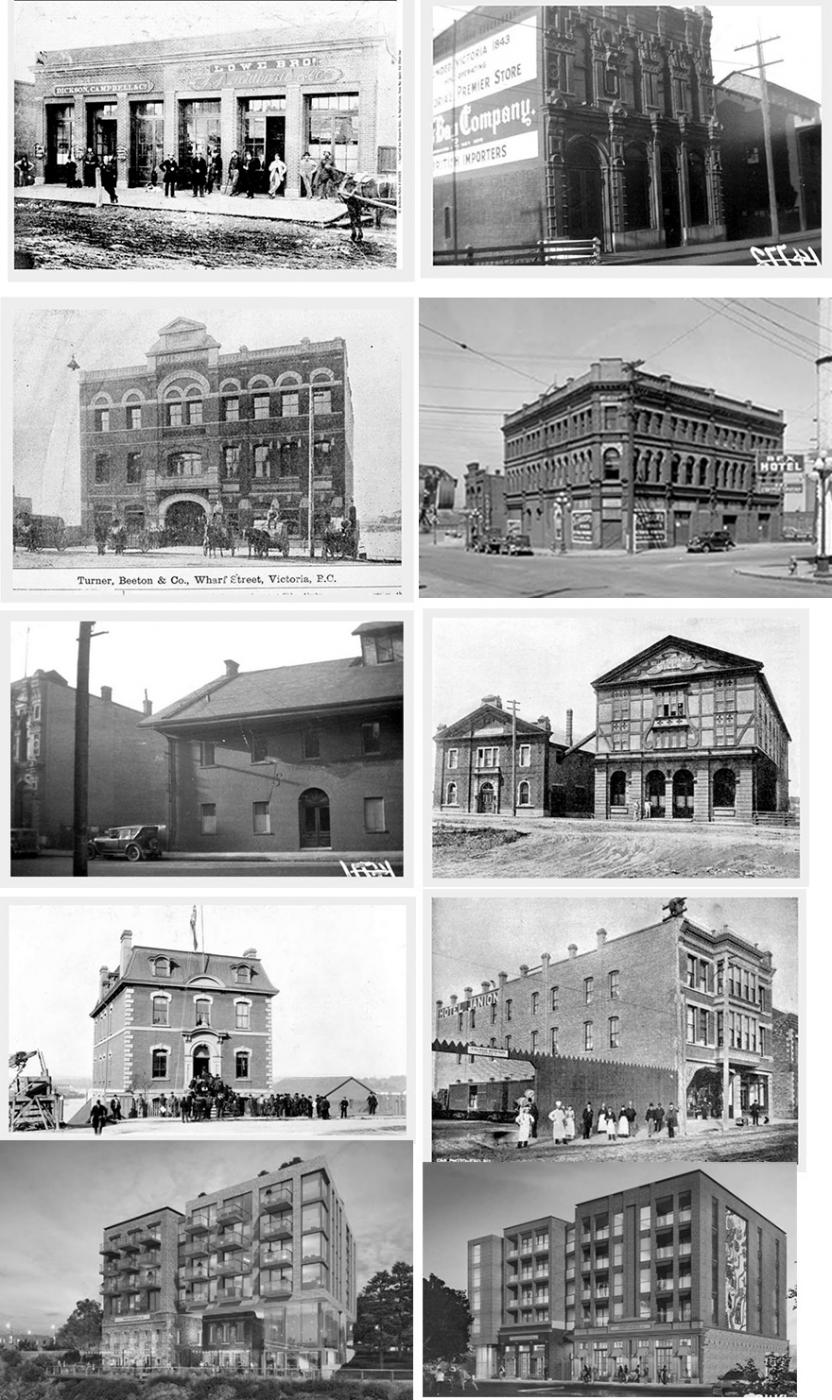 Links to the archival pics shown above:

Here is our Public Engagement Website for the upcoming Public Hearing in April.

There have been so many bad proposals over the years.. but finally I think this one really nails it. It really looks great, and if it comes out as good as the rendering, it’ll be one of my favourite buildings in Victoria. The waterfront side reminds me the warehouse buildings converted to housing along the canals or docksides in a lot of Northern European countries.

This is not a comment against Reliance or the architect, but man does that rendering show how out of place the building is between two "parks." The Old Town guidelines are meant for an urban context, not a standalone building. It would be so nice if that street wall continued south along the harbour pathway.

The waterfront side reminds me the warehouse buildings converted to housing along the canals or docksides in a lot of Northern European countries.

It looks like something you'd see in an older city that was really mature and comfortable with its own urban identity. No walking on eggshells, no apologies. Forget all of the blah conventions and stop worrying about what some other hypothetical/generic city would or would not do. We're going to celebrate & revitalize these decrepit buildings via a visually striking & uniquely site-specific approach. This is what we're doing. We're doing something interesting. Boldly going forward with confidence.

We swung by the site today to remind ourselves what we are dealing with. 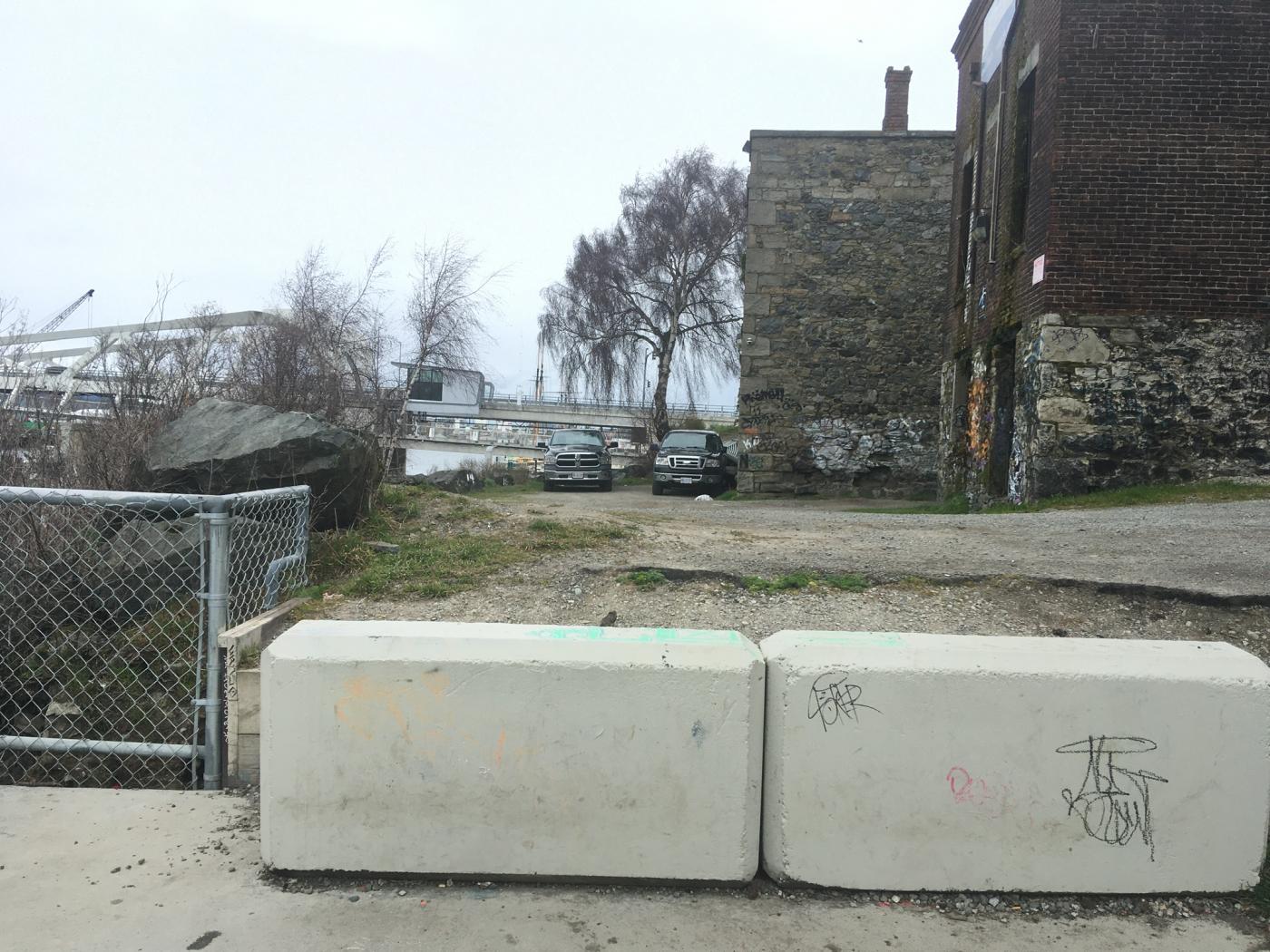 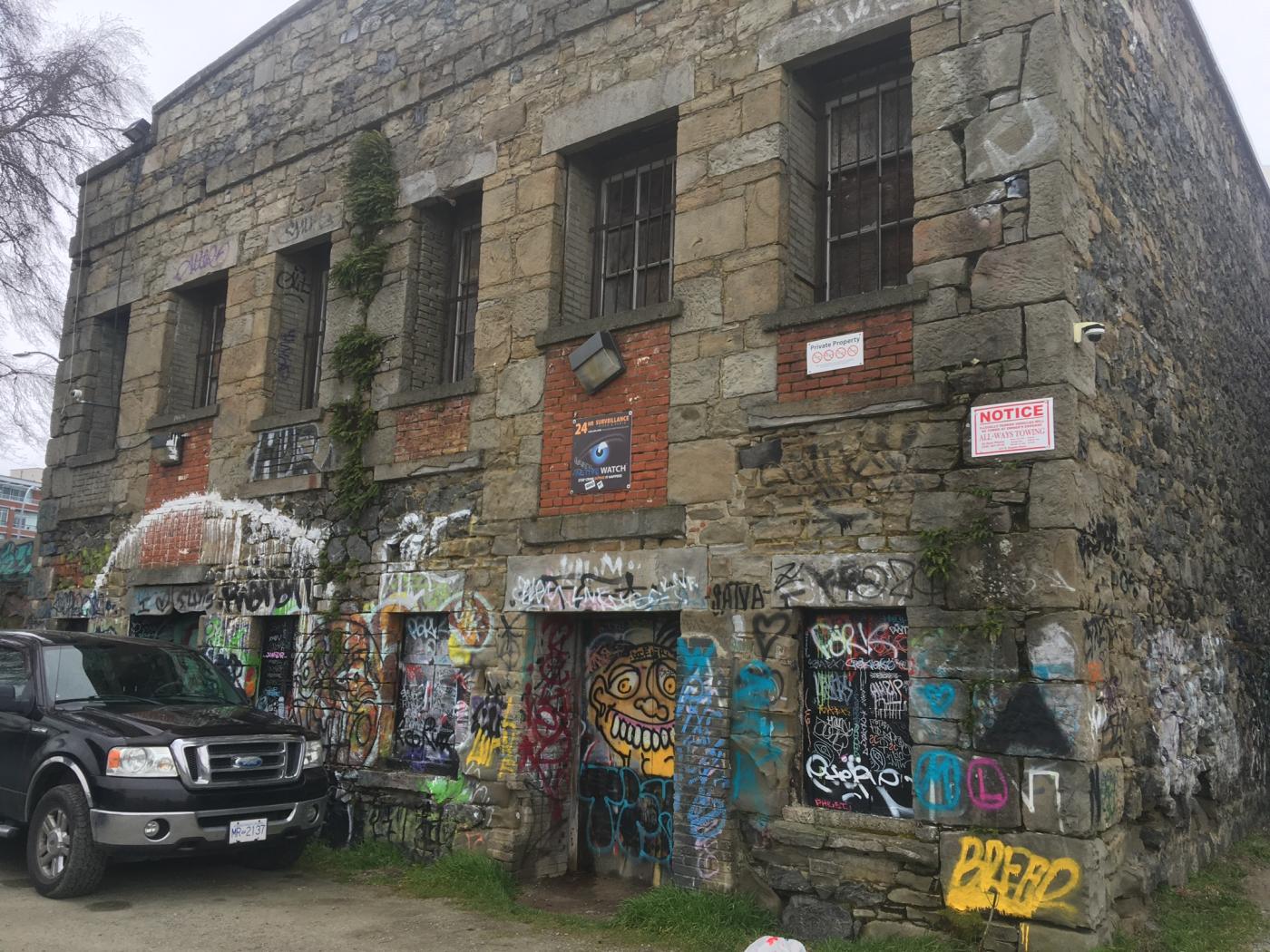 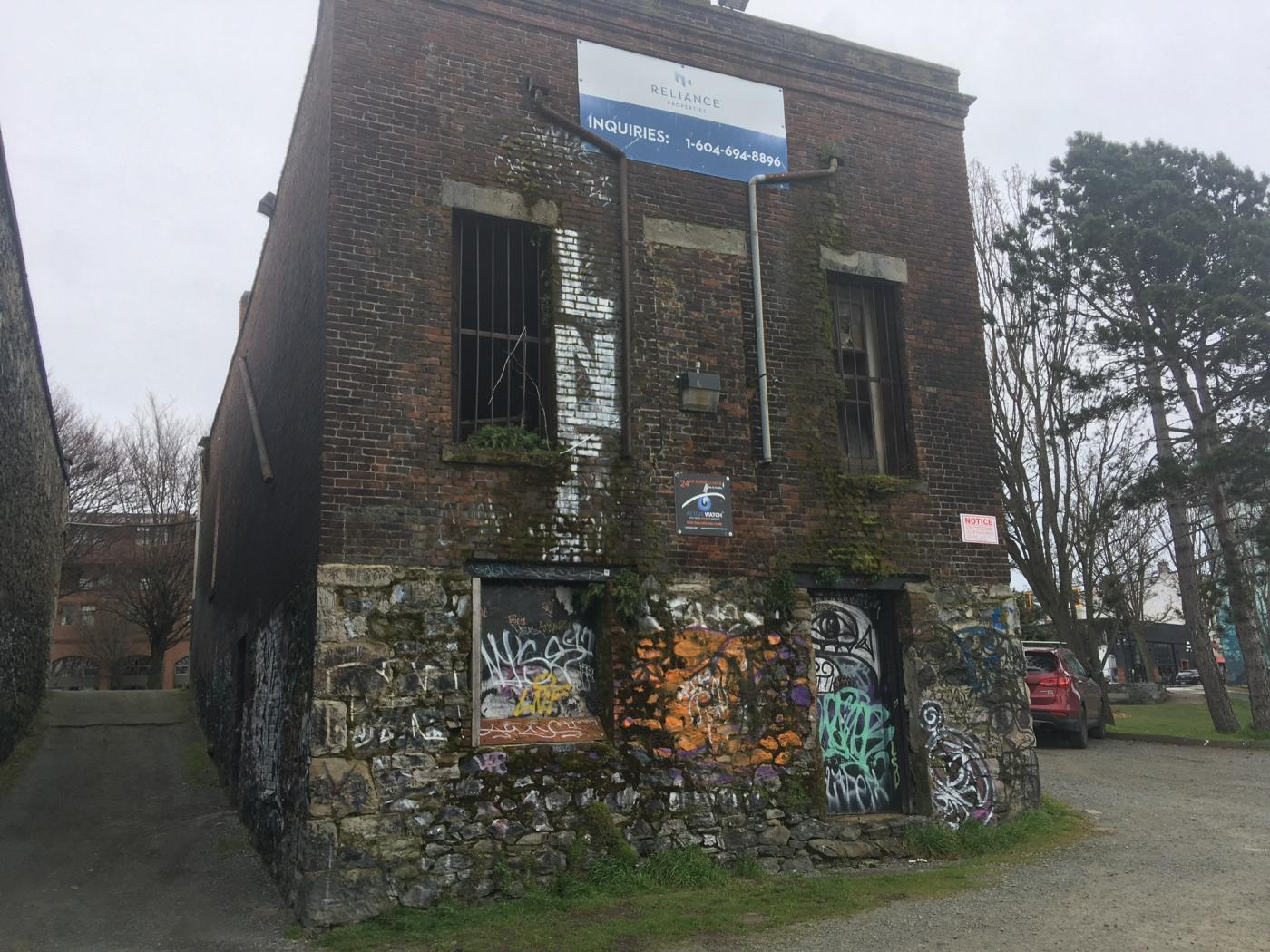 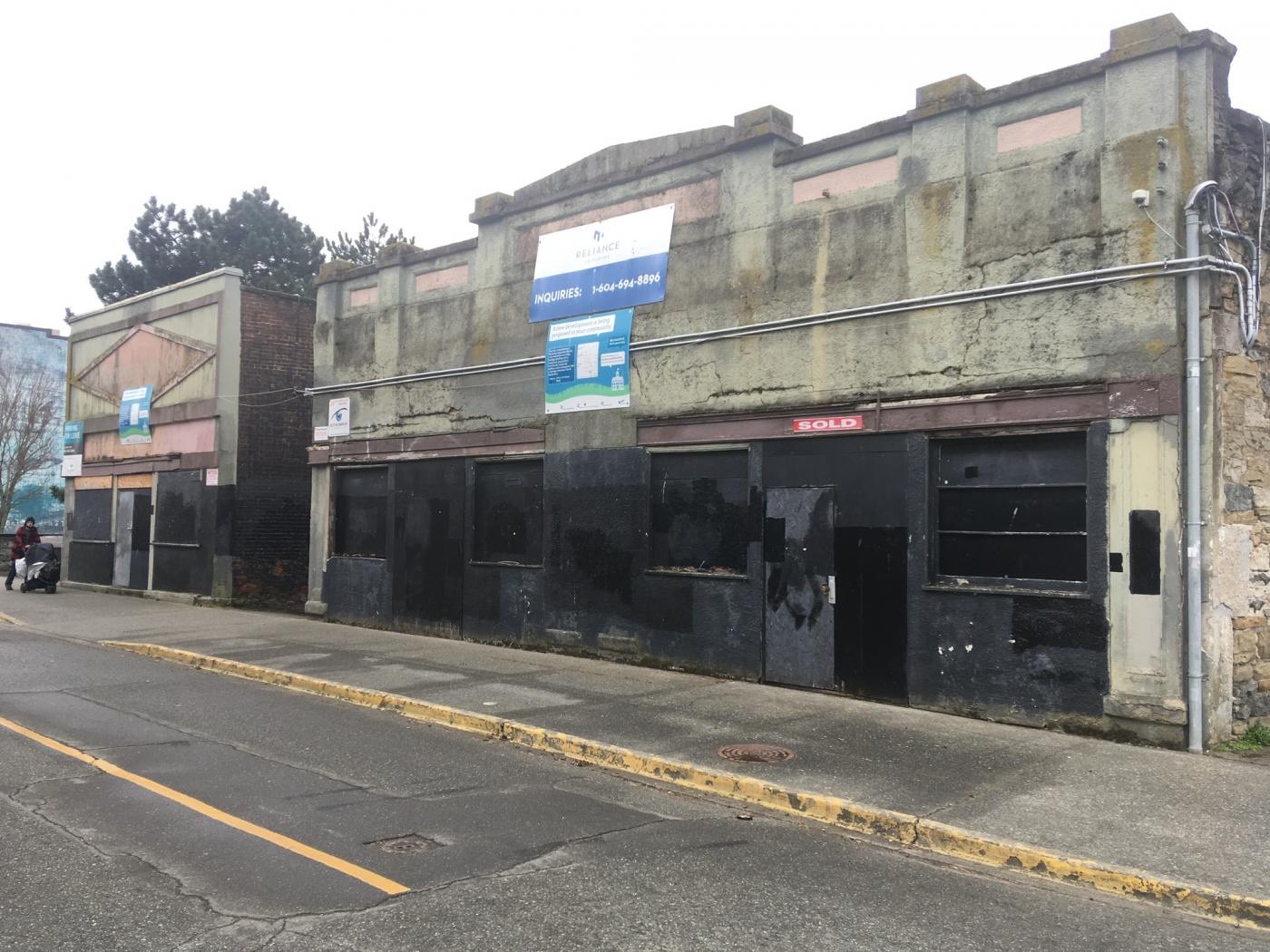 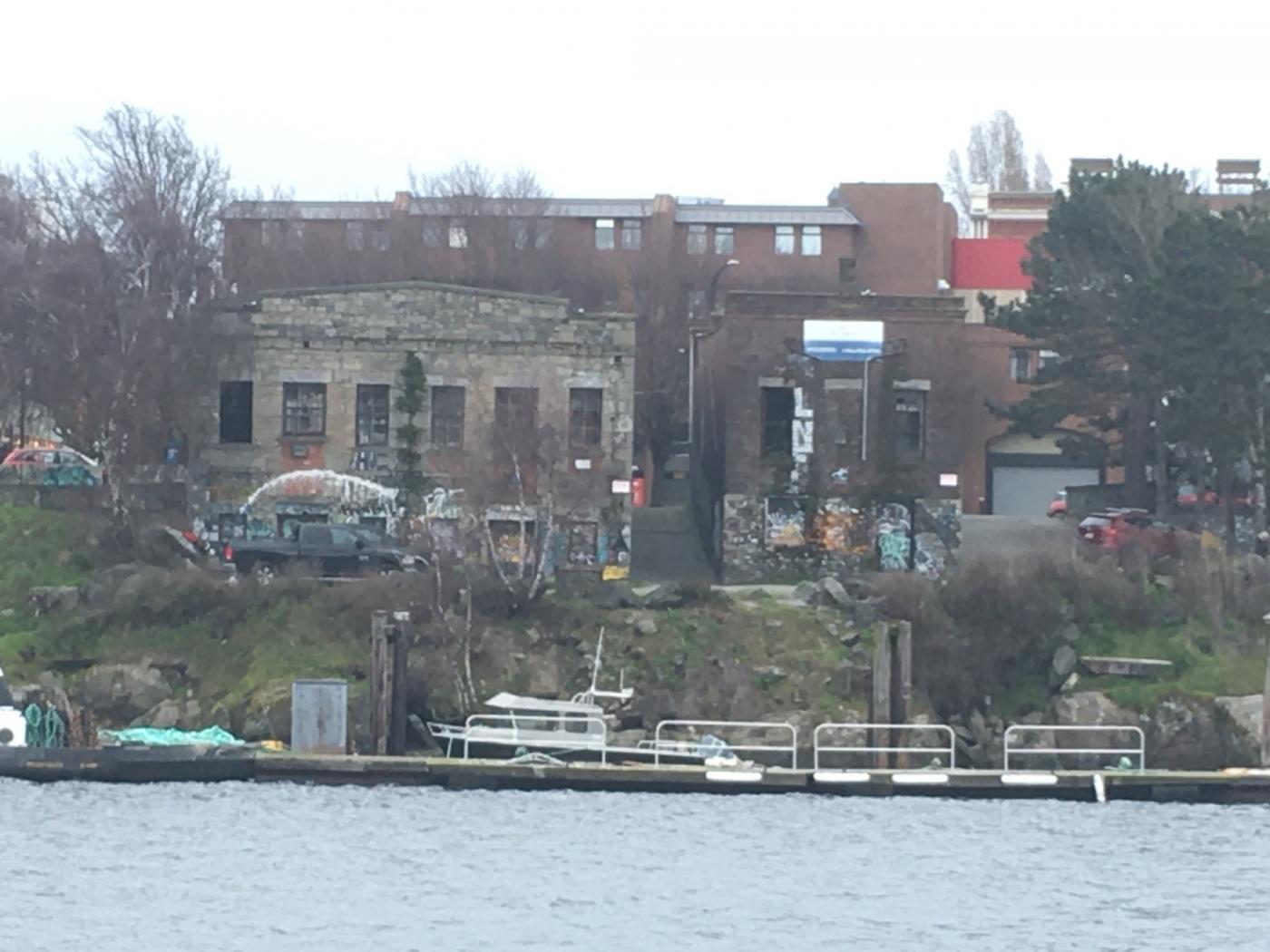 Not seeing much justification there for any urgency. Let's drag out this saga for another 10 years at least.

Seriously though, we may have a looming environmental emergency if & when these buildings eventually fall down or otherwise become unsalvageable: there will surely be a huge flood of crocodile tears from the heritage preservationists directly into the waters of the harbour.