47 replies to this topic

Interior Electronics is a general line electronics distributor that began business in 1963 in Vernon, British Columbia. By 1967 the company had expanded to include branches in Kelowna and Kamloops. In 1971 the company changed ownership and in the tough economy of the early eighties the head office was moved to the Kelowna branch and the Vernon and Kamloops branches were closed.

Kelowna continued to serve the entire interior of British Columbia. In 1989 the current ownership purchased Interior Electronics Ltd. In 1997 we purchased the assets of Queale Electronics Ltd., another general line electronics distributor that has been in business since 1939 and had their head office in Victoria and a branch in Nanaimo.
https://www.interior...s.com/about-us/ 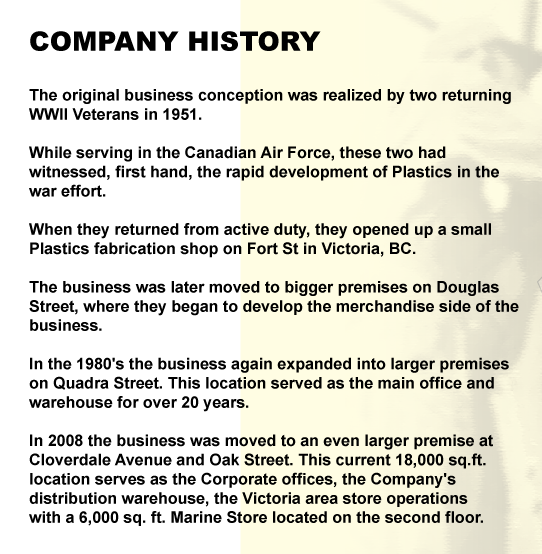 John George Diefenbaker was the Prime Minister of Canada while John F. Kennedy was enjoying unprecedented popularity as President of the United States and transistor radios everywhere were playing hits like Alley-Oop by the Hollywood Argyles. The year was 1960. Peter Dixon and his partner Eric Lewis had been in business for three years. They called the company Ensign Motors Ltd. Peter's idea was to have a regal, British sounding name to suit the Victoria community. The Canadian Navy had their official flag, the White Ensign and the most significant landmark in Victoria at the time was the Empress Hotel (more British heritage). In 1957 Peter and Eric set up business on Quadra Street at Jimmy Little's parking lot for two hundred dollars a month in rent with a portable office and a selection of quality used cars. One year later they took on the Lloyd Wagon and Borg Ward franchises. (Dr.Carl Borg Ward originally built the factory for the German war effort). The partnership continued to grow and in 1960 they proudly became Victoria's Renault dealership moving to a new location at the corner of Quadra and Pandora in down town Victoria. Their new facilities boasted a showroom, parts department and two busy mechanics.

Shortly after, came another move to even better facilities and so during the year 1964 Ensign Motors moved to the corner of Yates and Cook Streets.

To supplement the selection, in 1967 they took on the Root's franchise which included popular models like the Sunbeam Alpine, the Sunbeam Tiger and the Sunbeam Imp.

During the early eighties Gilligan's Island was a very popular TV series and Peter thought that this would make an effective promotion. Allan Hale "Skipper" of Gilligan's Island fame made a series of commercials for Ensign with the message "The Captain Is You", which was run on local television stations. Peter says, "This was one of our best promotions".

That’s not to mention the myriad Island drivers who came out of the speedway, which is Western Canada’s oldest, and was established in 1954. That halcyon list includes the late Billy Foster of Victoria, the first Canadian to race the Indianapolis 500, and the late three-time Daytona 500 racer Roy Smith from Victoria.

Three of those veteran Western Speedway star drivers from yesteryear — Dave Cooper, Bill Smith and Howie Hilton — pulled back the covering during Thursday’s ceremony to unveil a piece of that history with the B.C. Stop of Interest sign that will stand at the entrance gate to the speedway.

You have been a busy beaver.

just when you can’t think of any more a few more float into the head.

Our seasoned staff of AV design and installation professionals include members whose industry experience span over 4 decades.

We pride ourselves on the fact we have been able to assemble a team that represents the best of the best, each having strong specialization in categories such as home automation, commercial design, and high end audio, etc.

From the simplest of TV installations to the most technically advanced custom home or commercial audio projects, Atlas has the experienced and expert staff to confidently handle them all.

We’ve been proudly providing our legendary ATLAS service to the Victoria area and surrounding communities for 51 years. The kind of service only a locally owned & family owned business can deliver. 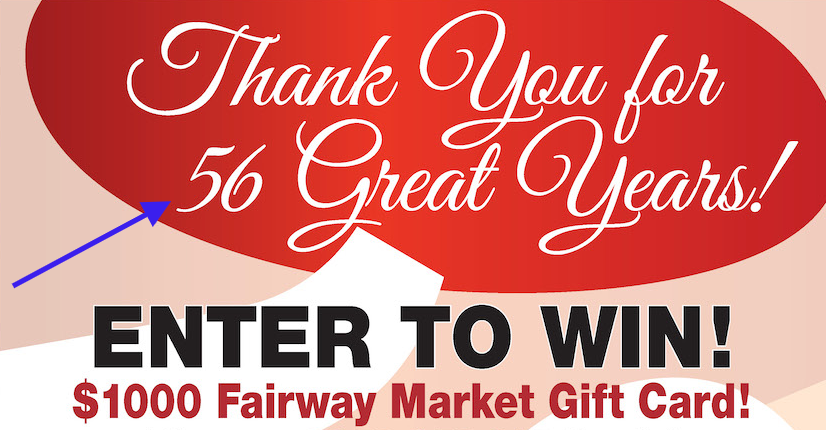 Fairway Market proudly brings years of experience and a family passion for providing quality foods and service to our customers. We have grown from a small family business to one of Vancouver Island’s largest independently owned grocery stores with 10 locations on Vancouver Island. Fairway Market understands the importance of family and community, and continues to build on the earnest foundation laid by Founder/Chairman, Don Yuen.

Locally-owned and operated for 50 years, Victoria Transmission & Auto Care is Victoria’s full service automotive repair shop. Equipped with the latest technologies and tools, and staffed by expertly-trained, certified technicians, we offer the complete range of services, from oil changes, tune-ups, maintenance services and electrical and computer diagnosis, to transmission, brakes, and engine repairs.

Owned by long-time employees Peter Block and Adam Sullivan since July, 2010, ours is still the same family of award-winning professionals that helped make Victoria Transmission & Auto Care a name Vancouver Island motorists have come to trust. 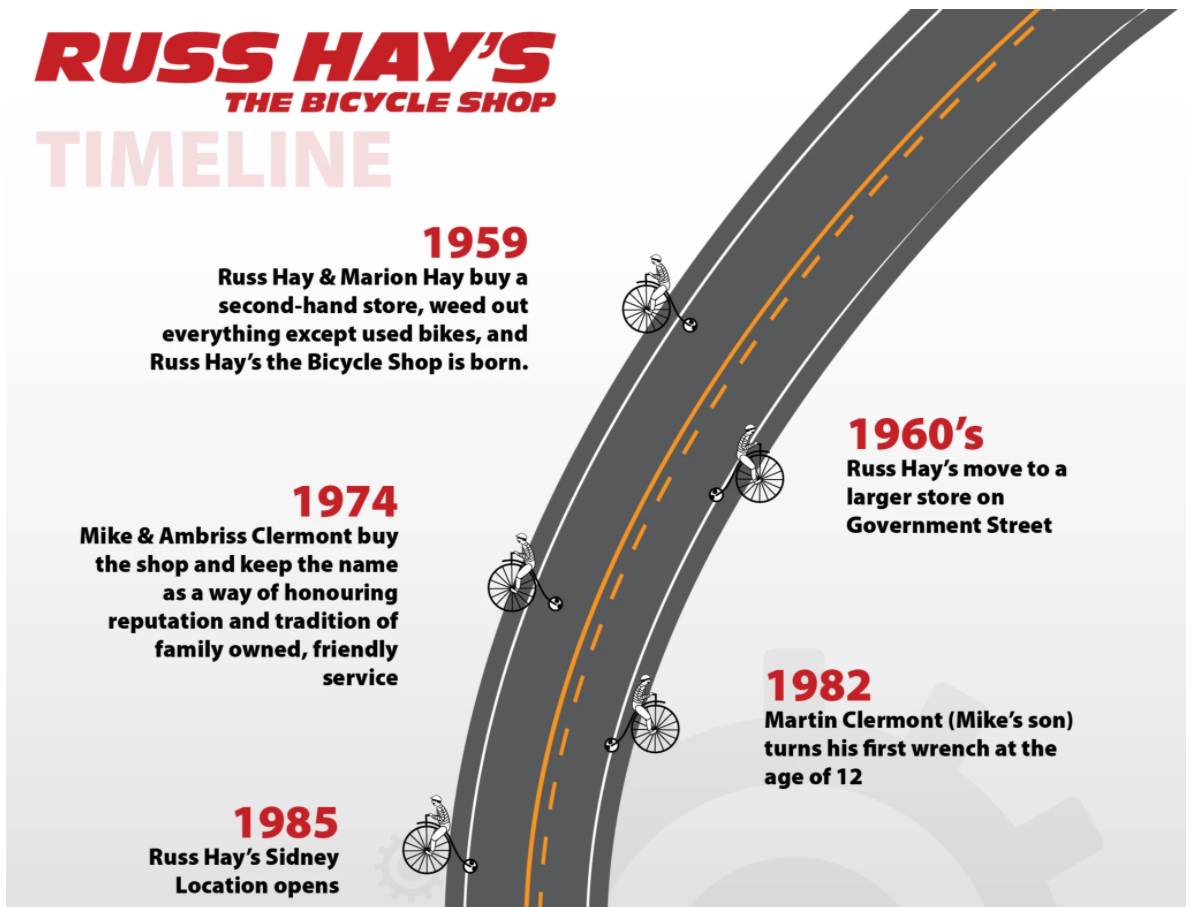 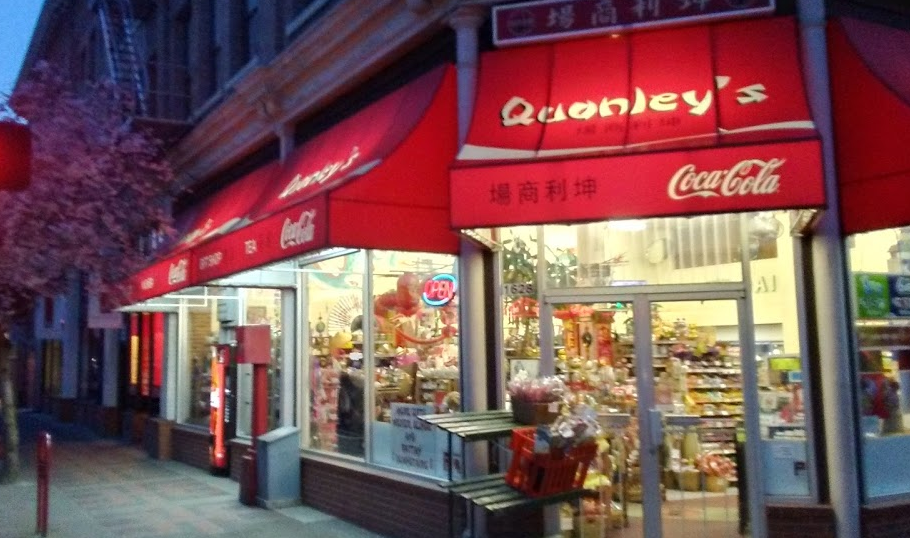 Oct. 29, 1977: A cigarette dropped into a fireworks display was blamed for a $250,000 fire at Quonley’s Market at 1628 Government St. A man in an apartment above the store was killed. The exploding firecrackers and skyrockets resulted in what one witness described as "a war scene."

The Oak Bay breakwater was built in 1959 and funded by the Federal Government of Canada. One side is on Turkey Head Point and the other on Mary Tod Island.

The Oak Bay Marina was built by Bob Wright in 1962. It officially opened in April 1964. The new marina replaced the Oak Bay Boat House built in 1893.

The Oak Bay Marina was home to the Pacific Undersea Gardens opened in 1964 and later relocated to Victoria's inner harbour in 1969, where it operated until its closure on October 17, 2013.

The Oak Bay Marina was also home to Sealand of the Pacific which opened in 1969.

What We Do at Tommy's Auto Upholstery in Victoria

Tommy’s Auto Upholstery is a local, family-owned business that has been serving Victoria since 1949. We specialize in cars and trucks, as well as marine and commercial upholstery. We carry a large inventory so we can provide fast, friendly service.

Gayle runs Lady Mae Uniforms with the help of her twin sister, Debbie. The store has been open since 1943 and has seen many changes. Now it is the source of uniforms for the medical and hospitality industries all across Vancouver Island. Gayle ensures that the store carries the widest selection of styles, prints, and sizes for all genders. Lady Mae also carries a wide selection of shoes for the medical and hospitality industries. Gayle’s carefully selected stock and commitment to each customer’s individual needs has drawn business from all around the world. 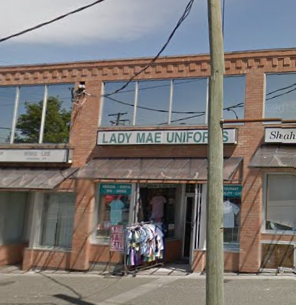 Pretty sure Quonley's dates back to the early 60s at least.

My wife works at VicTrans, great people to work for!

I loved loved loved my time at the OBMG, left just before Bob died. I sure did learn a lot from that organization and had a lot of serious fun.

Pretty sure Quonley's dates back to the early 60s at least.

but also in victoria for more than 50 year is mac's cycle in the shelbourne plaza.

their website does not seem to load but here is is:

We are proud to be part of the Victoria bicycle community, our commitment to quality service and honest sales approach, has solidified our brand as a leader in Victoria cycling.

We are proud of our over 50 years of cycling heritage. We have been keeping cyclists in Victoria on the road for 5 decades and will for another...

Norco is an innovative company that has managed to stay ahead of the cycling curve. It also supports professional cyclists and teams, as well as cycling advocacy initiatives.

We are a fixture in the Victoria BC biking scene, for over 50 years, we have added value to our clients biking experience by sharing the newest cycling trends and making sure our riders are safe.

the service you expect, the quality you deserve

celebrating 50 years this year is the victoria lampshade shop.

Over the years they’ve shifted with the ever changing ebbs, flows and trends. Recently their daughter Allison Spiro has taken over the company, where she continues to shift the business and products in order to achieve excellence.