47 replies to this topic

Since 1975, Ellice Automotive has been owned and operated by local Volkswagen enthusiast Neil Gustafson. Based on the principles of quality workmanship and reliable service, Ellice Automotive has unique capabilities that have established it as a reliable car repair shop in Victoria’s automotive industry. There is no other Volkswagen mechanic in Victoria with the same facilities and expertise as Ellice Automotive, particularly when it comes to auto repair, maintenance, rebuilding, and machining. As Volkswagen repair and machining specialists in Victoria, we strive to make a distinctive and substantial impact on every client. Because of this, we’re grateful to have much of our business come from satisfied repeat customers.

It was the BC Electric Railway that first advertised Deep Bay, later known as Deep Cove, as a destination for day trippers and vacationers. The company initially built the Chalet as a place for public refreshment and as a hotel. As Deep Cove’s popularity grew, six cottages were constructed immediately south of the building and a tennis court appeared on the northern side overlooking the beach. The Chalet rented boats for 25 cents an hour. Weekly evening excursion trains to the Chalet were common before 1920; the combined cost of train fare and an evening dance was 75 cents. As many as 600 visitors began arriving by train on summer weekends, to swim in the blue waters and to view the newly-mown hay fields and woods of North Saanich. Renting locally-owned private cottages close to the terminus cost $3.50 per day.

When Victoria organizations began holding their annual picnics at Deep Cove, programs featured bathing, lunch, sports, dinner and dancing. Men erected change tents in the fields west of the tracks; swimmers scrambled down the banks to the water, where there was a diving platform. Visitors leaned on the wharf railings admiring the scenery. In some cases, organizations supplied the food, with ample cakes, sandwiches, ginger ale, coke cola, ice cream and bags of candies for the children. During the Metropolitan Church choir outing, members played baseball in the meadows overlooking the beach.

Gordon’s Limited, a large Victoria store, held its annual summer picnic at Deep Cove for several years. Spurning the train, the store conveyed employees together with baskets of fruit and other provisions, using a series of touring cars and “tally hos.” Employees took part in foot races, waded or wandered about the cliff top, while the refreshment committee prepared the lunch and large urns of tea.

When the Cholberg Shipyard held its picnic at Deep Cove, 200 men, women and children boarded the train while 50 others travelled by car. Following lunch there were three-legged and wheelbarrow races as well as a tug of war. The yard manager’s wife presented prizes that included one special item, a car. After dinner, during two hours of dancing, the Chalet proprietress Mrs. Cresswell, played the piano on the veranda. Unfortunately, due to bookings, Chalet staff could not celebrate the end of World War 1 with their own picnic until August, 1919.

Now called Deep Cove, the Victoria to Deep Cove line (1913), was one of three passenger railways to serve the Saanich Peninsula, and was closed on November 1, 1924 due to low ridership.[7] The Victoria-Deep Cove interurban's alignment can be traced by Burnside Road, Interurban Road and the Interurban Rail Trail, West Saanich Road, Wallace Drive, Aldous Terrace, Mainwaring Road, one of Victoria International Airport's runways, and Tatlow Road to Deep Cove.[8] Besides the stretch through the airport, the stretch at the Experimental Farm (now called the Sidney/Centre for Plant Health) has also been blocked.

The railway ran north from Victoria through Marigold, along what is now Interurban Road, past the observatory under construction, eventually reaching the vicinity of Brentwood Bay. The Vancouver Portland Cement Co. and Todd Inlet village flourished nearby as well as the newly constructed Brentwood Hotel. After Brentwood Bay, the train veered northeast to Saanichton with its well-known Prairie Inn. From Saanichton the train might pause at the new Dominion Government Experimental Station where visitors could picnic on its grounds. To the west of Wilson Road past the present Victoria International Airport, there was a spur built to allow passengers walking access to Patricia Bay beach. In 1914, the company established The Chalet at the Tatlow station to provide refreshments for large company picnics and vacationers. Starting in 1915, on Fridays, B.C. Electric ran a market produce special for farmers that arrived in Victoria by 7:15 a.m.

It’s no secret that the last 40 (44) years have seen the book industry grow and change in dramatic ways, and Bolen Books has grown and changed along with it. Since we first opened our doors in the winter of 1975, the store has moved through four different locations within Victoria’s Hillside Centre and grown by over 10,000 square feet, arriving at its current location - featuring an independent storefront and two mall entrances - in 1996. In 2013, a dramatic renovation saw our decor modernized leading up to our 4th decade of operations.

this might go back to the 30's.  anyone have more info? 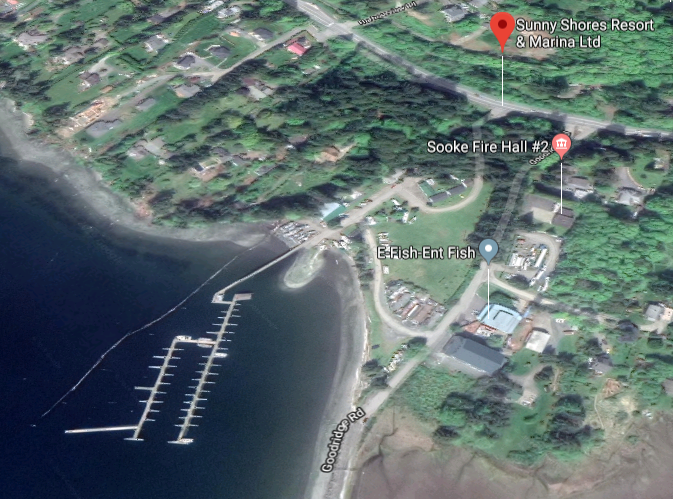 He was a creation of my father (Leif Sorensen).

After taking over Sunny Shores in 1973 he decided we needed to add more things for families to do while staying in the campsites or motel units.

In the mid 1970s we built a miniature golf course and Sookie Sam was born, being the original mascot for this. 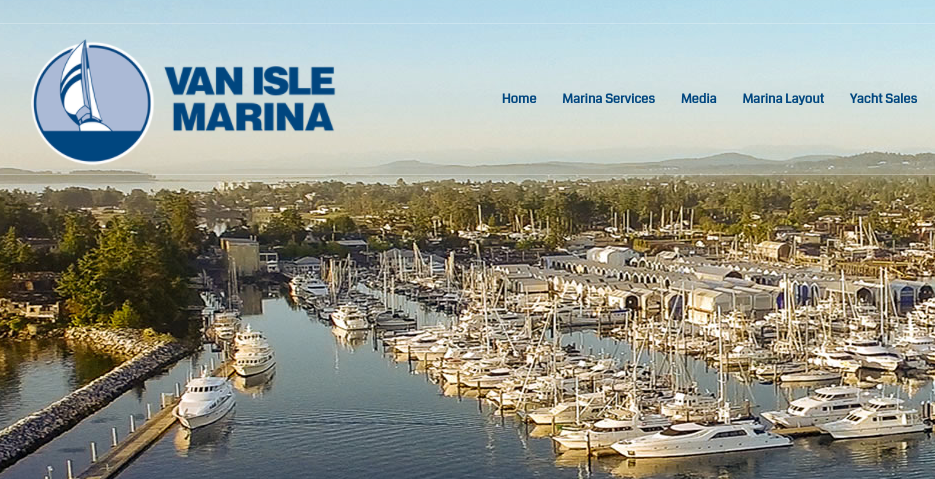 Jennings Florists has been hand-delivering premium floral arrangements and gift baskets to help strengthen relationships, give love and support, and celebrate life’s special moments since 1920. From birthdays to anniversaries to commemorating a loved one, and every little “just because” moment in between.

With Same Day Delivery in the Victoria, BC area, we are dedicated to helping you find the perfect flowers to deliver your message and enhance your special occasion. Our stunning arrangements will allow nature’s beauty to inspire your special moment. And because we are a local florist dedicated to your satisfaction, you can always expect your needs to be treated with all the attention to detail they deserve. 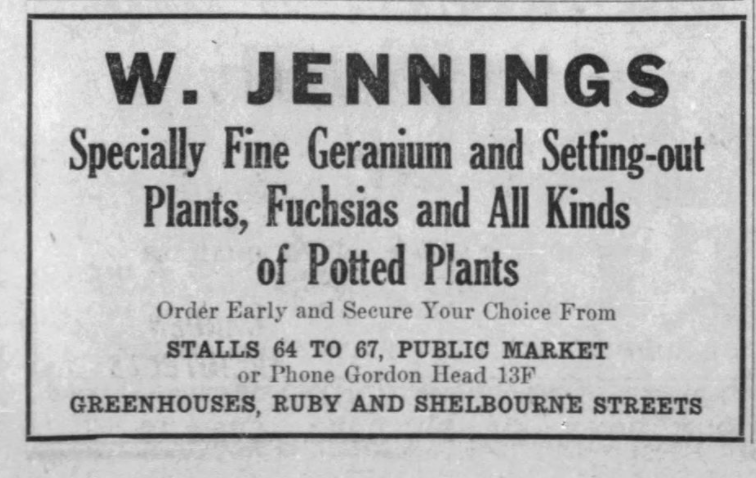 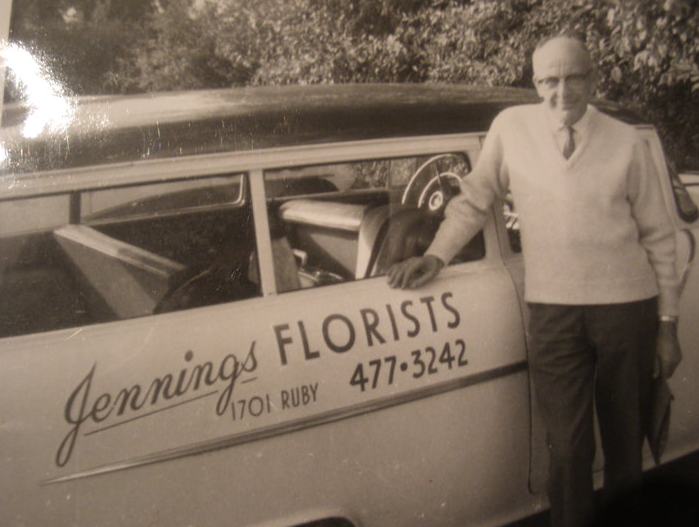