36 replies to this topic

Coming soon: Drive-in -- the sequel
It's just for three weeks, but Mayfair mall is bringing back '50s institution

Capitalizing on nostalgia, Mayfair Shopping Centre is re-creating the drive-in experience this summer on a giant inflatable movie screen. As part of its retro-1950s promotion, drive-in movies will be screened on three consecutive Wednesdays starting this week in the mall parking lot.

Soaring real-estate prices and the impact of home video and multiplex cinemas in 1992 prompted the sun to set on the Cassidy, a drive-in that doubled as a swap meet site on four hectares of land in the farming community south of Nanaimo.

"It just seemed to fit. This is totally the '50s," Mayfair marketing manager Karina Perkins said. "It's a perk for our customers."

Set as it is during the golden age of drive-ins, it seems appropriate that the Mayfair Drive-In's opening-night presentation is Grease. An Affair to Remember follows on July 23, and the series closes July 30 with the Elvis Presley hit Jailhouse Rock.

The films and nostalgic pre-show promos featuring dancing hot dogs will be digitally projected onto a three-storey-high inflatable screen facing Toys R Us in the parking lot at the corner of Blanshard and Finlayson. Patrons who show up with lawn chairs can hear the soundtrack through speakers, and those in cars can listen on an FM frequency.

Perkins said mall management is striving to authenticate the experience.

"The A&W will be running food to the cars, just like the old days, and our concessions will all be open," she said.

The event, co-sponsored by 100.3 the Q and the Times Colonist, is more than just a promotional event.

Each screening will give a designated charity -- Burnside-Gorge Community Centre (July 16), SPCA (July 23) and the Land Conservancy (July 30) -- the opportunity to raise funds through raffles, 50/50 draws and so on.

Admission is free, and prime parking spots will be available on a first-come, first-served basis, Perkins said. Two hundred free VIP passes for each screening are being given away at the mall's concierge desk. Holders must arrive between 7 and 8 p.m.

The Mayfair Drive-In event is being staged in association with FreshAirCinema, a White Rock-based "outdoor movie company" that provides the giant screen, projector, FM transmitters and speakers to recreate the classic drive-in.

Co-owner Jason Bashnick, 29, said he started the company three years ago after being "blown away" by the concept of using gigantic inflatable screens while he was living in Australia.

Since no one was doing it in Western Canada, he decided to see if there was an audience for it, also opening offices in Red Deer and Regina to serve those regions and surrounding areas.

"Drive-ins are dead, but everyone's still into the drive-in experience, so we essentially bring the drive-in to you."

If you go to the Saanich Archives and search on "theatre" you'll find a few snapshots of the area around the Tillicum drive-in before it was demolished.

I remember seeing Kurt Russell in "The Strongest Man in the World" at the Tillicum drive-in. 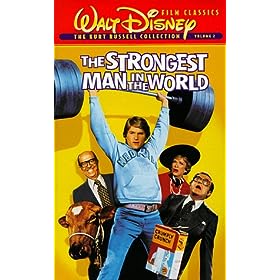 That sounds really fun. Anyone going?

That sounds really fun. Anyone going?

I refuse to participate in entertainment catering only to vehicles. It makes for a terrible carbon footprint. Shame on them.

I'm going in my new Dodge Ram 4X4, "Off Road" "Super Cab" model. Seats six big people comfortably. I'm going to keep it running throughout the movie. Its a diesel. And I'm going to bring some friends that smoke. We're all going to order "Papa Burger Platters".

OMG what a ridiculous way to feel nostalgic. How about going for a walk?

I'm going in my new Dodge Ram 4X4, "Off Road" "Super Cab" model. Seats six big people comfortably. I'm going to keep it running throughout the movie. Its a diesel. And I'm going to bring some friends that smoke. We're all going to order "Papa Burger Platters".

Now we're talking. The spin-off effects will drive the economy for at least the next 6 weeks.

You can walk down and watch it in a lawn chair.

You can walk down and watch it in a lawn chair.

You can also download it for free and watch it at home. And those movies are so old nobody cares about royalties.

Many a happy hour spent in the backseat of a car at the Tillicum drive-in.

Went for a walk by this tonight.

Hilarious ABSOLUTE traffic CHAOS. I will bet it is cancelled next week. The other solution is charge a twoonie as that will keep the Victorians away.

It amuses me no end the amount of effort Victorians will spend in order to get something for free. I wonder what this little flash from the past added to our carbon-footprint?

Yeah Cars along Finlayson were stopped for the 10 minutes while I was watching. THere was a silver van just sitting in the middle of Blanshard. Blanshard backed all the way to Cloverdale. People were honking while the poor volunteers were running round to cars that were waiting telling them there was no more room.

I just couldn't help but laugh.

Oh and the area for people that walked down was basically empty:)

Truth is my bitch!

I think they should play "The Creation of the Humanoids" and see what kind of reaction that would get at the drive-in. May as well go for something authentically drive-in.

Good point about the carbon footprint.
But I suppose there was a method to this madness.
Apparently there was a fair amount of donations collected for the first two showings.
I could not imagine the mayhem trying to leave though.

So will this boondoogle return for another year of chaos?

So will this boondoogle return for another year of chaos?

For 3 summer nights in August, Mayfair's parking lot will be transformed into a drive in movie theatre.
Last year the event attracted over 2,000 people.
This year's movies will take place August 6, 13, and 20.

And up goes the region's carbon footprint once again.