I am sure you already know this, but the blame can probably be laid here: https://www.justice....-dlc/ccrf-ccdl/

Exactly. We keep going full circle on so many of these social issues. We start institutionalizing people again and then 20 years from know the taxpayer will be paying them all for legal settlements.

After more than two decades as a teacher in British Columbia, I have on hundreds of occasions capitalized on what we call a “teachable moment.” These moments are unplanned, spontaneous and often rewarding and enlightening for students and teachers.

IIO is Investigating an Incident in Saanich

Surrey, B.C. – The Independent Investigations Office (IIO) of BC is investigating an incident in Saanich.

Information provided by the Victoria Police Department indicates that on March 16, 2021, a man in custody at the Vancouver Island Regional Correctional Centre (VIRCC) was found to be unresponsive and was transported to a local hospital for treatment.

The IIO was notified on March 18 and commenced an investigation as the man had been in the custody of the Victoria Police Department on March 15 before being transferred to VIRCC.

The IIO will investigate to determine what role, if any, police actions or inactions played in the man’s condition.

The detachment introduced the tool last year, where people can report minor crimes in which there isn’t a witness or suspect and stolen items that don’t involve personal identity, guns, license plates, or insurance decals.

“We get a lot of reports called in that would suitable for online reporting, such as lost license plates, lost (insurance) tags, erratic drivers being reported well after the fact, etc.”

Stanley Fischer (right) died while in a Victoria police jail cell hours after he was arrested on Nov. 15, 1981. Forty years later, his family is questioning his cause of death.

The cause of Stanley Fischer’s Nov. 15, 1981 death while in Victoria police custody is being called into question by his family. The death was ruled a suicide and that Fischer died by asphyxiation after he was found hanging in his cell – just hours after his arrest.

His nephew, Mark Fischer, believes the cause of death was more nefarious, alleging that Stanley was possibly murdered in his jail cell before his death was staged to look like a suicide.

-Only 2 months after the on-reserve RCMP shooting death off Tofino...

Woman Shot Multiple Times by RCMP in Ucluelet
May 8, 2021
A woman is in hospital after she was shot multiple times by RCMP during an incident at the Ucluelet First Nation.

Ucluelet RCMP responded to a residence in Port Albion/Hitac̓u at around 5:12 p.m. on May 8, after receiving reports of a disturbance and a male needing medical assistance, according to a BC RCMP press release.

The RCMP says Ucluelet officers entered the home, encountered a woman holding a weapon, and that shots were fired by the officers.

“The woman suffered gunshot wounds and was transported to hospital by BC Emergency Health Services,” reads the BC RCMP press release.

The man was also transported to hospital and RCMP says there were no other injuries.

Additional details regarding the incident were not provided by the RCMP.

The Yuułuʔiłʔatḥ Government (Ucluelet First Nation) confirmed earlier Saturday night that there was a “serious” incident in Hitac̓u — near Ucluelet.

“Full details are currently under investigation. A statement for public information will be issued when complete details have been provided,” reads a statement posted by the Yuułuʔiłʔatḥ Government.

Surrey, B.C. – The Independent Investigations Office (IIO) of BC is investigating an officer-involved shooting in Ucluelet.

Information provided by the RCMP indicates that on May 8, 2021 at approximately 5:15 p.m., police responded to a residence in the 600-block of Albert Road after receiving a report of a disturbance and a man requiring medical attention. When officers arrived, a man and woman were located, and the woman was found reportedly in possession of a weapon.

Police fired shots, and the woman sustained serious gunshot injuries. Both the man and woman were transported to a hospital for treatment.

The IIO is asking any person with relevant information to please contact the IIO on the witness Line toll-free at 1-855-446-8477 or via the contact form on the iiobc.ca website.

Here's a video Tweet from the VicPD account. I find it hilarious and meme-worthy, but I'm not sure that was the idea. Check out the cool slo-mo:

Slow motion with a big smile is reassuring and a calming image. But they’re not slow motion all the time.

Victoria, BC – VicPD’s Historical Case Review (HCR) Unit is working in partnership with Saanich Police Department investigators and the BC Coroners Service to identify skeletal human remains discovered by recreational divers in the Gorge Waterway in February, 2021.

On February 4th, 2021, VicPD Patrol officers and investigators with our Forensic Identification Section (FIS) were called to the Gorge Waterway near the Tillicum Bridge after recreational divers recovered skeletal human remains. The remains are a partial human cranial bone and were initially suspected to be archeological.

The BC Coroners Service took custody of the remains for further forensic investigation and testing. As a result of that testing, the remains are now believed likely to be historical in nature, but are not believed to be ancient or archeological.

Given the location and investigative needs, the Saanich Police Department and VicPD are working together, utilizing investigators and the Saanich PD Dive Team to further the investigation and assist the BC Coroner in identifying the person.

More information will be released about this file as we are able to share more.

As a result of that testing, the remains are now believed likely to be historical in nature, but are not believed to be ancient or archeological.

talk in English god damn it!

The COVID-19 pandemic has led to some interesting changes in the world of policing, says Sooke’s top cop.

Staff Sgt. Brett Sinden, commander of the Sooke RCMP, provided details of the detachment’s annual performance plan to district council. He highlighted a reduction in property crime and impaired driving.

“It certainly was a year that I’ve never experienced as a police officer,” Sinden said. “COVID helped with some issues. It was a little quiet for a good chunk of the year.”
More: https://www.vicnews....sookes-top-cop/

The Indigenous woman shot by police near Ucluelet over the weekend was renting the Port Alberni apartment where a 33-year-old man was found dead last week, CHEK News has learned.

Terrance Mack, an Indigenous man, was found in a Third Avenue apartment in Port Alberni May 4. Police said they suspected his body had been there for at least two weeks  before they were notified of a smell coming from inside the building. 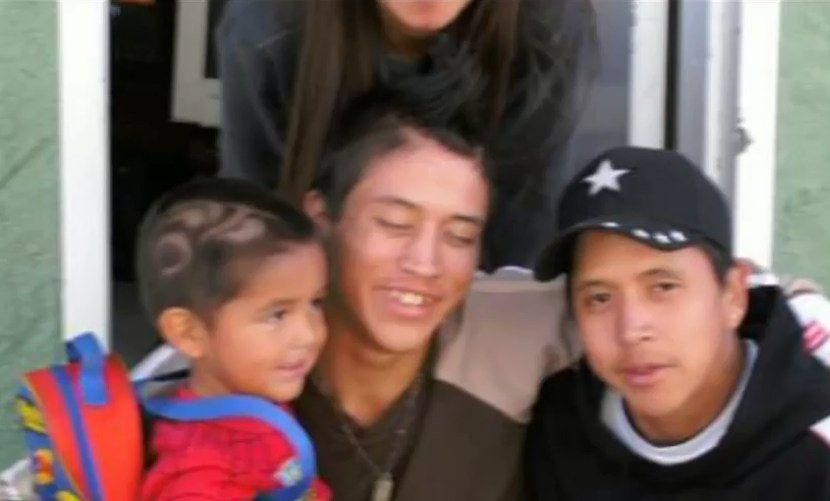 Mack would’ve turned 34 on Thursday and is the father of two children.

Court documents say Melinda Martin was charged with assaulting three people this past Christmas. Two of the victims were family members.

She was supposed to make a court appearance on Wednesday in relation to the assaults, but the judge heard she couldn’t attend because she had been shot by police in Ucluelet this past weekend and is now in hospital in Victoria.

School liaison officers can make a big difference for some kids

16 May 2021
Geoff Johnson is a former superintendent of schools

As the new principal of a 450-pupil inner-city K-7 school, I soon learned that, given the nature of the school population, I had some non-academic work to do with the kids before it was likely they could settle down into any kind of school routine.

Many of them lived in that neighbourhood with a single parent who was waiting for the other parent, almost always the dad, to serve out his time in the nearby federal penitentiary.

For reasons I could only guess at, some of these kids had learned, from early childhood, to be suspicious of authority, especially police officers, who were not to be trusted at all.
More: https://www.timescol...FdSSsowfMx2oYHc

Was this in Chicago? New York? Nanaimo?

The letter writer tells us nothing about where he oversaw an inner city school with kids whose dads were all in jail.

There is a Geoff Johnson on LinkedIn that lives in Mill Bay that is a retired School Superintendent and writes for the TC.

Need to do a little more digging to find the district.

Saanich, how about catching some speeders?

The speeders’ mistakes? They went east of Gordon Head Road into Oak Bay.

Saanich, how about catching some speeders?[/size]

The speeders’ mistakes? They went east of Gordon Head Road into Oak Bay.[/size]


We do regularly see a Saanich officer set up a morning-midday speed trap on the uphill part of Cedar Hill Cross Road, nabbing workers and university students doing 10 over. He’d get about six people per morning.

Well, Mr. Arthur Taylor, you just described the problem - they're set up where they can catch the low hanging fruit and get the best return on investment.

Everyone doing 10 over is actually doing 15 or 20 over

Sgt. Manuel Montero carefully lays shiny bits of cop paraphernalia on a table in the basement of the Oak Bay Police Department. The cap badges, shoulder titles and collar dogs date from the start of the department in 1906 through to today.
More: https://www.vicnews....-aims-to-share/

$109 tickets are waiting for motorists with loud exhausts, says VicPD, which is holding a free noise test session this Thursday, 3-7PM, at Victoria’s Save On Foods Memorial Centre parking lot ahead of a campaign targeting disruptive vehicles.

VicPD says the testing session will not yield tickets unless a vehicle poses an immediate threat to public safety.

As of Friday, June 4th, VicPD confirms it will be taking on a “zero tolerance” approach to loud vehicles in its jurisdictions of Victoria and Esquimalt.

“AFTER [Thursday] there will be ZERO tolerance for unnecessary noise [and] fines of $109 will be issued. Get your vehicle checked out [and] avoid the risk,” VicPD says, with emphasis included in the statement.