39 replies to this topic

If professional baseball makes financial sense, the team should build their own stadium. In fundamentally disagree with any public money being spent on professional sports.

if the city builds it and retains ownership of the stadium it can lease the building out to various tenants provided they offer a positive cash flow, allowing the city to get a return on its investment.

alternatively, the city can redevelop it and lease it at an appropriate rate, so as to provide the city with a suitable return on its cost, to a private operator who will manage and operate the building.

I don't have a problem with the city renovating the facility provided they get a return on the cost or at least break even. i can't fathom how the city redeveloping the grounds to suit baseball would do that however. the crowds aren't there and a diamond limits the attractiveness to a multitude of other sports that could bring in as good if not better crowds than a sub par semi-pro baseball team.

that said, the sports i am referring to are largely amateur anyways.

How about giving control of the stadium to a private company without competitive bids or commitment to investment in the facility?

City staff are still negotiating in secret to turn RAP over to a non-existent baseball team and there has been no word on what sort of deal the team is proposing. Are they going to fund renovations? Are they going to pay a fee for the privilege? Current tenants are being shut out of the process with only vague assurances that they will be able to secure use of the facility after 2012.

Almost all the parks are some sort of R zoning. Hollywood Park is R1-G, Stadacona Park is R1-B

Do we have any idea how much it costs to maintain Royal Athletic... and what revenue the City generates from the current community user groups?

With a little digging I found the 2011 budget for Royal Athletic. Expenditure $509,967 vs revenue $ 374,125. Looks like City needs tenant to bring in added revenue and pay property tax. Assume anyone looking to lease would expect a very long term exclusive before committing capital for improvements.

One option could have Council sell the property. Use proceeds to develop separate sport specific facilities elsewhere in the community. Allow developers higher density in exchange for amenity of smaller neighbourhood park on site.

Selling would be a terrible idea. The stadium is well located within the city and keeping the facility near crystal garden, the curling rink and save on foods arena creates a strong sports precinct within the downtown area. the problem is how difficult the city seems to be at dealing with the property.
the city should be striving for more regular tenants. the highlanders are there and now a baseball team again. letting the victoria rebels go was a bad idea. not sure on the numbers they attracted, but as an open air facility I'd imagine operating the park is not that expensive (confirmed by total operating costs of 500k a year)
further, the city should be looking to lock in some major events each year. beer fest and the music fest are great additions. there should be more of them.
rugby canada is headquartered in langford. with rugby's strong following in victoria the city should be locking in one national men's test game a year which would easily pull 7,000 in vic and possibly even higher if they were to secure a canada usa test match, market the game in vic, seattle and vancouver.
the victoria international 7's should be held at RAP. The city should try to secure a women's national soccer team game a year.
on top of all this, an effort to renovate and improve the facility should be undertaken, maybe this means a lottery to raise funds or private equity (which will only get involved if the city works to get more events at the stadium)
i find it interesting that langford has poached rugby and football from the city and now this (see the bottom comments from stew young)
http://www.timescolo...1873/story.html
i just wonder what the city of victoria is doing sometimes....

there are so many events they could bring to the park in the winter/spring as well - high school soccer finals, high school rugby finals, the smus/oak bay boot game has drawn over 1,000 people several times, major games between castaways, uvic, and James Bay rugby.
it's just about making a bit more of an effort. all of these could draw strong crowds, bring money into the stadium and draw people downtown to spend more money.

what's with victoria? It used to be such a great place. Now it's being outdone by layritz & even a saanich middle school. that field has some real levelling & drainage issues that need sorting out. who do they expect to use it with so many other options? maybe they tried & there was always one neighbour who objected to the possible noise, or there were a couple people who didn't want a private sports team to benefit from the city's investment. maybe they'll do something, I noticed the two diamonds behind the crystal are both dug up. not sure what the plan is there but things are happening. 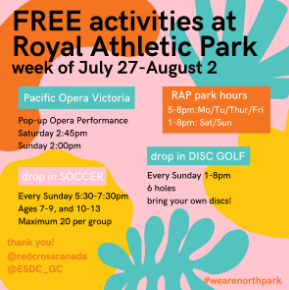 Is this spill over from a battle between certain council members and the current lessee of the park?  There is also a political connection between North Park Neighbourhood Association and certain councilors so it may be stripping the site from city use and repurposing for NPNA?

From the GM of the Cats responding to Councillor Isitt’s claims:

@isitt_ argued baseball only happens ~50 days a year, & park could be used other 315 days.

“Certainly there’s an issue with fecal matter,” @isitt_ told colleagues. He expected few other issues “beyond addressing the fecal matter…”

This proposal would end high school football, rugby and many, many soccer events.

Is the City sort of sending signals to the Cats?

Is the City sort of sending signals to the Cats?

After I got vaccinated my cat started receiving all my signals quite clearly.  Sometimes she gets the Seattle stations better than my rabbit (ears) too.

As Potts struggles to be noticed on Council by making yet another ridiculous motion, along with enough supporting Councillors to send it to City Staff shouldn't really come as a surprise to anybody.

That a Mayor and Council that literally screws up every single thing they touch seems to be on the cusp of screwing up yet something else only means it's just another day in the City of Victoria.

The solution is pretty simple. Saanich allows dogs in sports areas mid-October to mid-March. No reason why RAP couldn't do the same if there is such a need.

The difference is a dedicated high sports complex, and a city park.

Nobody is letting loose dogs into Centennial Stadium or Starlight or Save On.

It would seem that the NPNA has been working hard to get a foot in the door at RAP for a while now this seems just to be a way to "Get the foot in the door" and will most likely be used to get control of the park.

The difference is a dedicated high sports complex, and a city park.

Nobody is letting loose dogs into Centennial Stadium or Starlight or Save On.

Dogs have no problem at Layritz or other sports complexes off season.

I feel badly for the HC folks. They aren't millionaires trying to make a buck, they are family folks who genuinely want to bring family entertainment to the City and inspire youths. Unfortunately, in my opinion, they are thwarted at almost every turn by a Mayor and some council members who live transactional lives and can't understand why people want to have fun and share time with their families if there is nothing in it for them.

Seems strange. Motion tabled and then postponed until next year. I wonder if a deal was cut.

Seems strange. Motion tabled and then postponed until next year. I wonder if a deal was cut.

nope...just backed off cuz' there was too much heat...