Next up should be the travesty at Johnson and Blanshard, northeast corner.

Getting back to this place on Pandora, I feel like this sort of building was designed to fit in with (or maybe even exemplify) the gutted post-war old town rather than the actual old town. It's very bland, there's no detail, no texture, no colour... it's as if it once was a fine old building back in 1900 and then in 1950 it was "modernized" (stripped of its very soul, in other words). I'm just not a fan of this style.

I don't believe it will take much to make this place look nice. A couple balconies, some colour contrasts and glass you can see through. What out Lojo, Lopa is coming for you! Of course the buildings on the south side of the block (on Johnson) would still probably need access but there's a lot of space & nooks & crannies back there, and on the eastern side next to the MEC building. I also wonder if they'll try to increase the connection to Market Square somehow. There's lots of potential for this one I think.

I was sure it was a Toyota dealership. I clearly remember admiring the stainless steel panels on the Celica. We may need a judge's ruling on this.

To put this to bed, it was a Mazda dealership and Peter Pollen owned it during the 80's.  I remember him moving the dealership to the current Mazda site which he also owns when Glen Oak moved to Douglas St.

If memory stands correct, it was the construction unions who developed the old Mazda dealership site

I've been in this building before. From what I recall, and what the overhead picture above shows, the upper floors aren't that wide, removing the Hudson type problem of needing an interior lighting solution.

This will be a great addition to a formerly confused block! The (many!) issues with the bridge aside, you can't help but think it's played a part in the changes to the area.

The trees also play a large role in giving pedestrians 595 Pandora amnesia. They'll need to be reigned in a little bit, I'd say.

If you think about that block only a few years ago there was this government office building with the reflective windows, the derelict Chinese buildings that will be condos and the large empty parking lot with the half saved facade from the burned out building that is now Union.  It won't be the same area say from 2012 going 5 years forward

Just walked around this building. With a few simple changes, it really is not an ugly building. I think it will quite easily be made nice. Great potential for patio space on that top floor!

If you think about that block only a few years ago there was this government office building with the reflective windows, the derelict Chinese buildings that will be condos and the large empty parking lot with the half saved facade from the burned out building that is now Union.  It won't be the same area say from 2012 going 5 years forward

Aren't those supposed to be rentals as well?

I'd love to know the demographic make up of the renters moving into downtown with the influx of new rental units. My hunch is they are largely young people, and probably have decent jobs based on the pricepoints we're seeing on the rentals. Really great for the downtown! Perfect coffee buying, breakfast restaurant and local beer bar crowd.

Aren't those supposed to be rentals as well?

They could be rentals, I just assumed 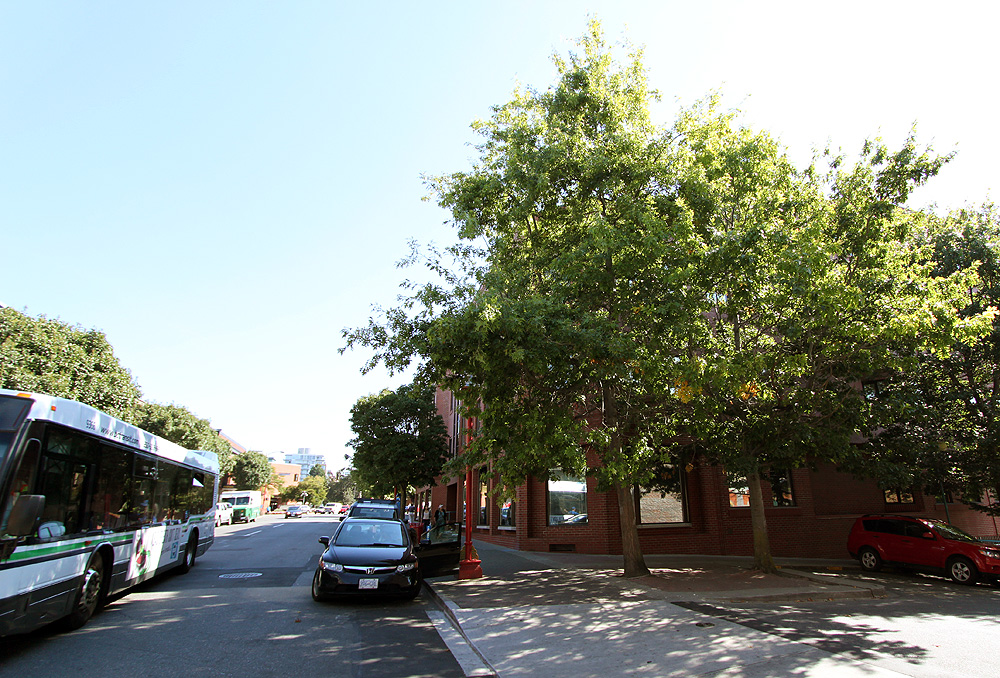 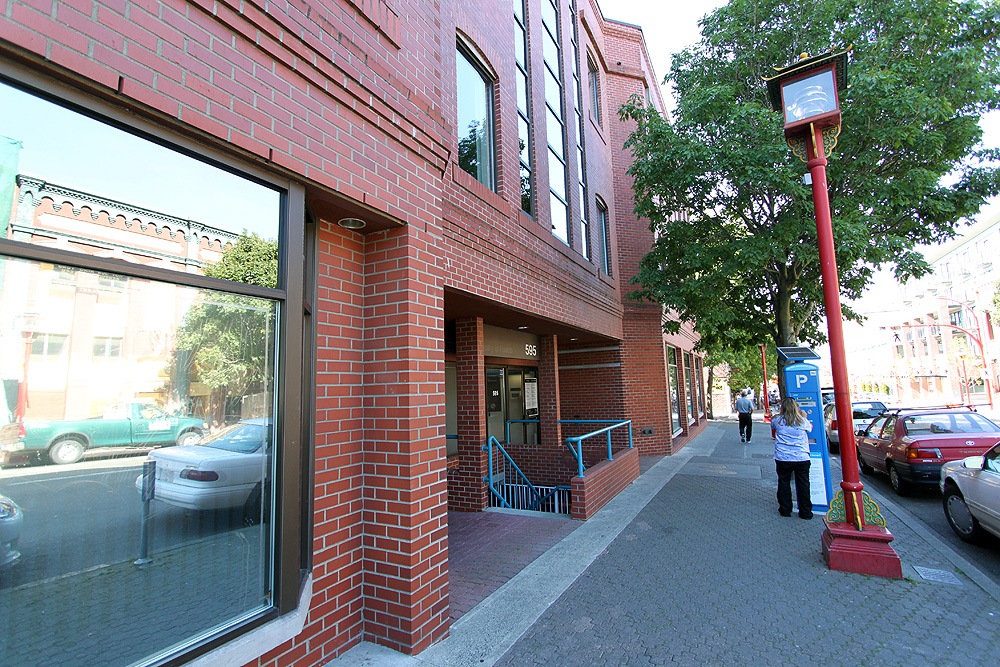 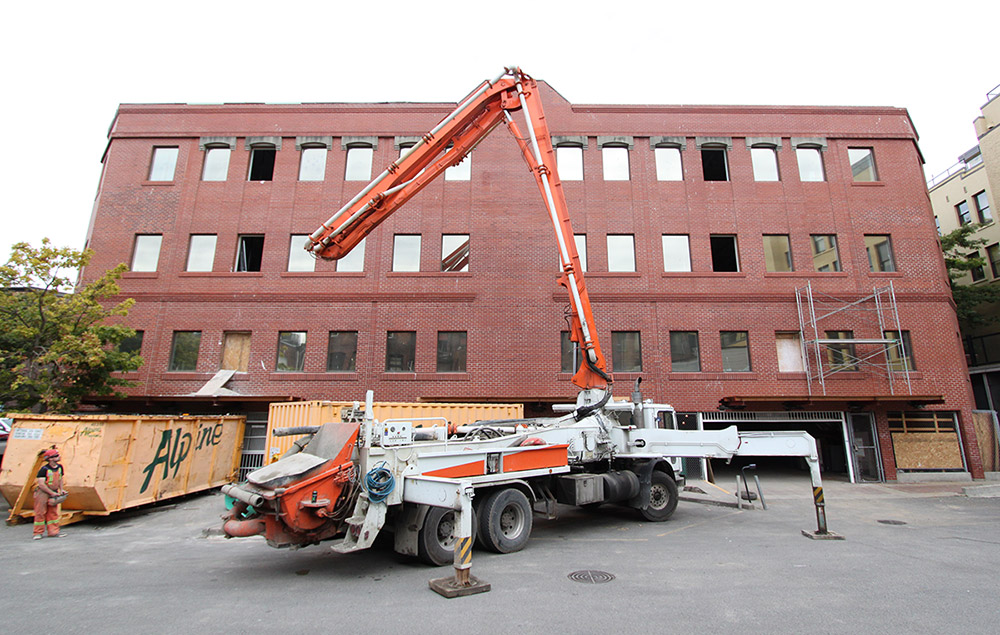 A former government office building in the 500-block of Pandora Avenue is in the midst of a conversion into rental apartments and ground floor retail spaces.

Victoria-based Cielo Properties is transforming the 1980’s-era four storey building at 595 Pandora Avenue in Old Town, sitting vacant since Service Canada moved to Douglas and Johnson Streets approximately two years ago, in to a five storey mixed-use residential and commercial development with 53 residences and 4,700 square feet of commercial space above a covered parking garage. [Full article]

vic news. i think there's a typo in the article. it's sipos, not sipes. & it has a name now too, which seems appropriate considering the location:

A former government office building located in the 500 block of Pandora Avenue will blossom into a four-storey residential and commercial development next spring.

Construction has begun to transform the former Ministry of Forests and Service Canada building at 595 Pandora Ave. into the Abacus — a 51-unit rental apartment complex with approximately 5,000 square feet of commercial space at ground level.

The units, ranging in size from 580 square feet to 1,500 square feet, will boast 10-foot ceilings, granite countertops, hardwood floors and stainless steel appliances. Units on the top floor will have two levels. The building will include a gym and 30 to 40 parking spots.

Victoria-based Cielo Properties is the company transforming the building that was constructed in the 1990s.

Transforming the building into residential homes is no easy task.

According to Sipes, the building has to be 100 per cent seismically compliant to withstand an earthquake. This caused engineers to create a new core around the existing core of the building. Since office space is typically quite open, extra columns for support have also been installed.

When all is said and done, Sipes believes the location will be a big draw for people who want to live downtown and have green amenities, such as bike storage and car charging facilities. There’s also a big demand for more rental housing in the city.

“The market is really calling out for new rentals that have all the bells and whistles versus an old stuffy place that hasn’t been renovated for 40 years,” he said.

A former government office building located in the 500 block of Pandora Avenue will blossom into a four-storey residential and commercial development next spring.

Lots of lumber being delivered to the roof...

They're also doing some serious renovations on that upper floor. 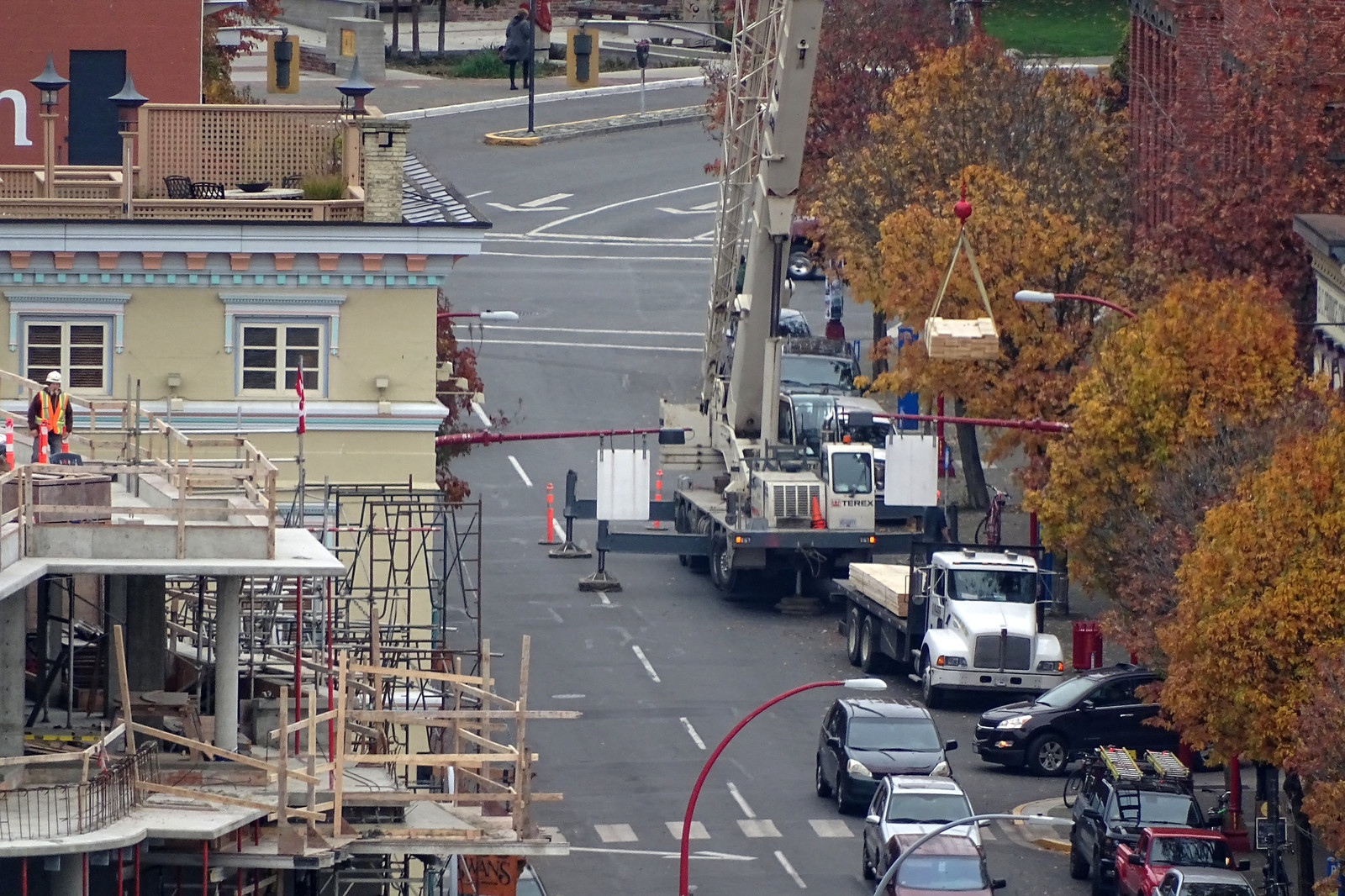 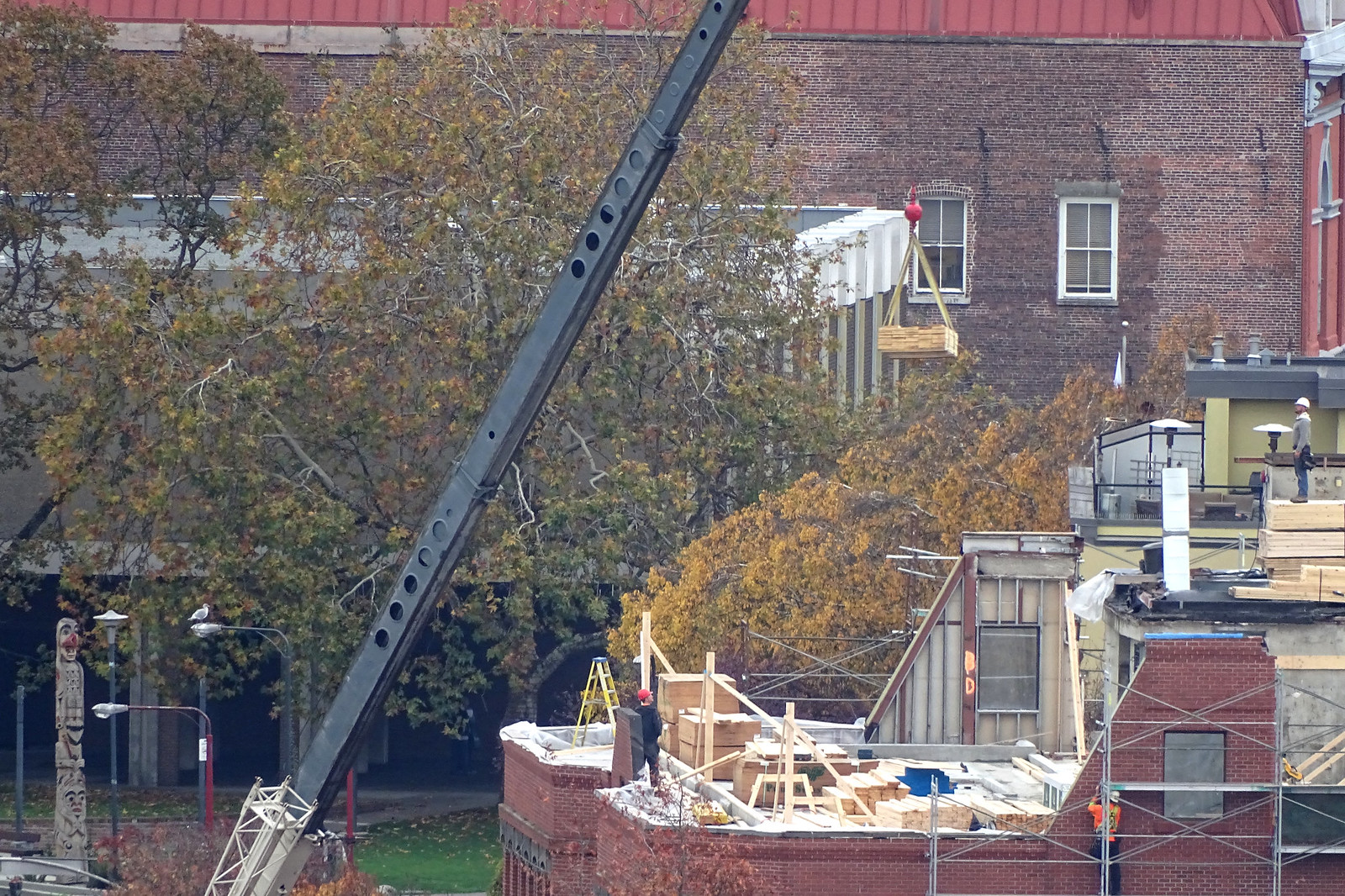 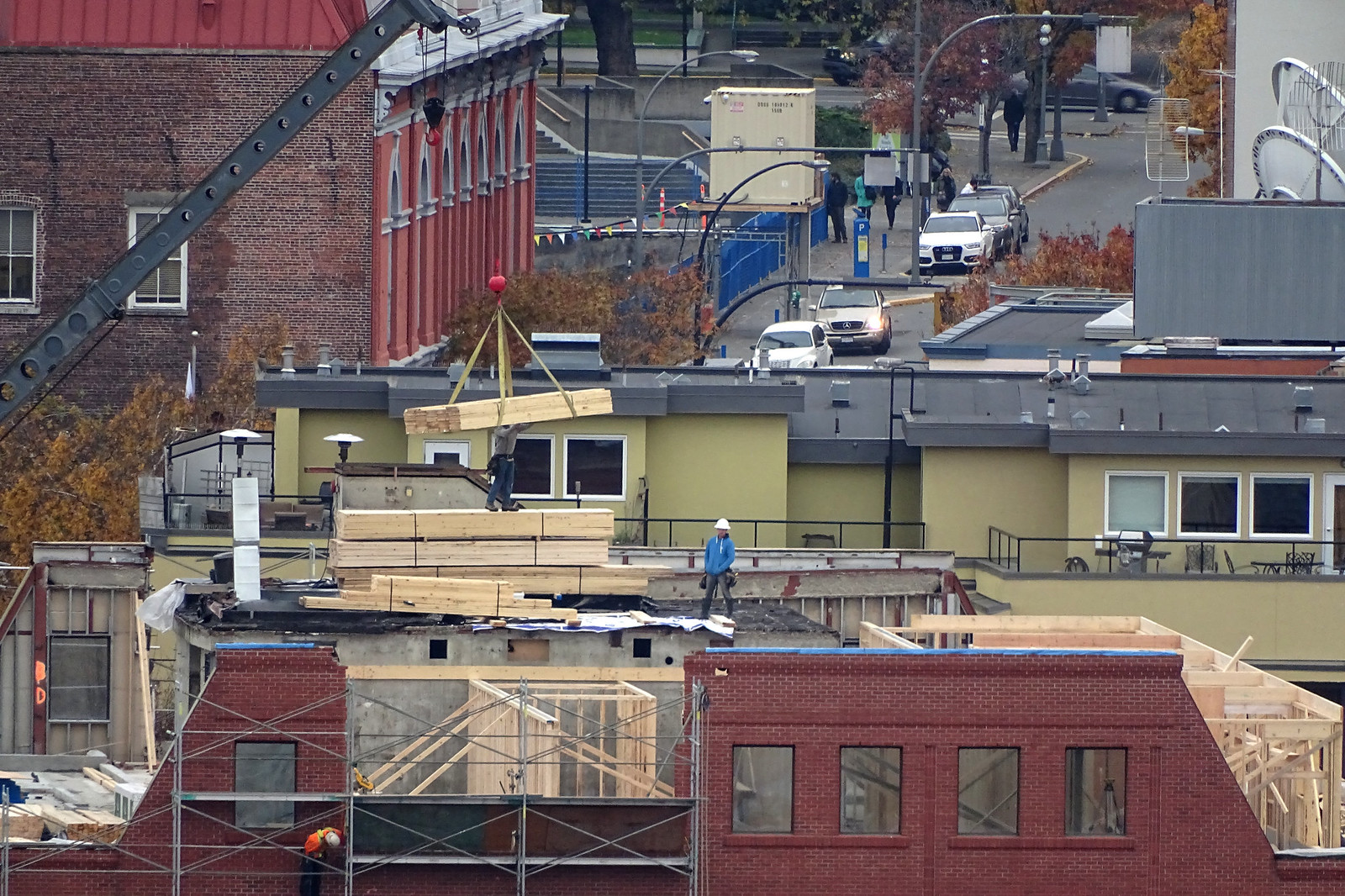 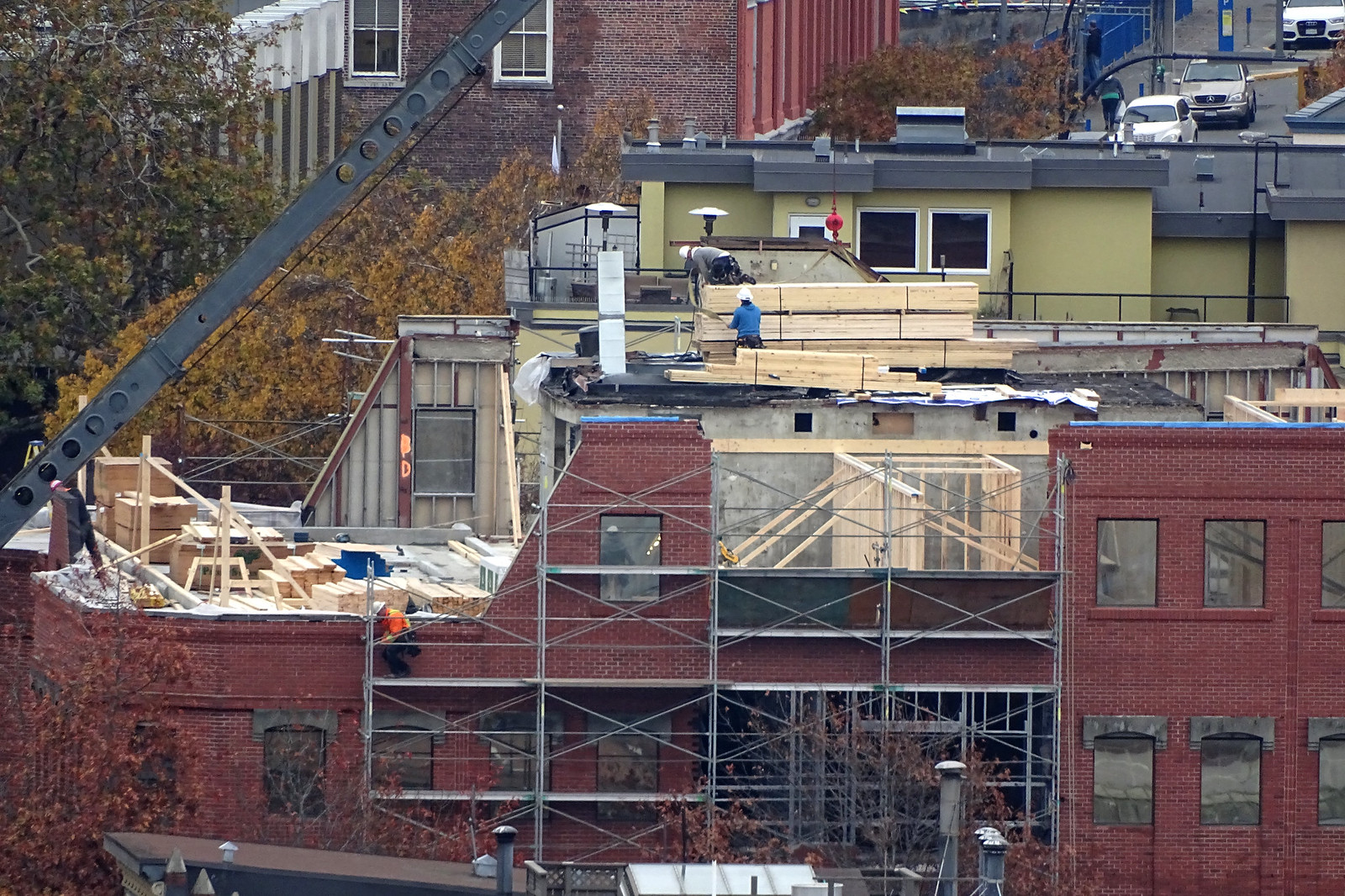 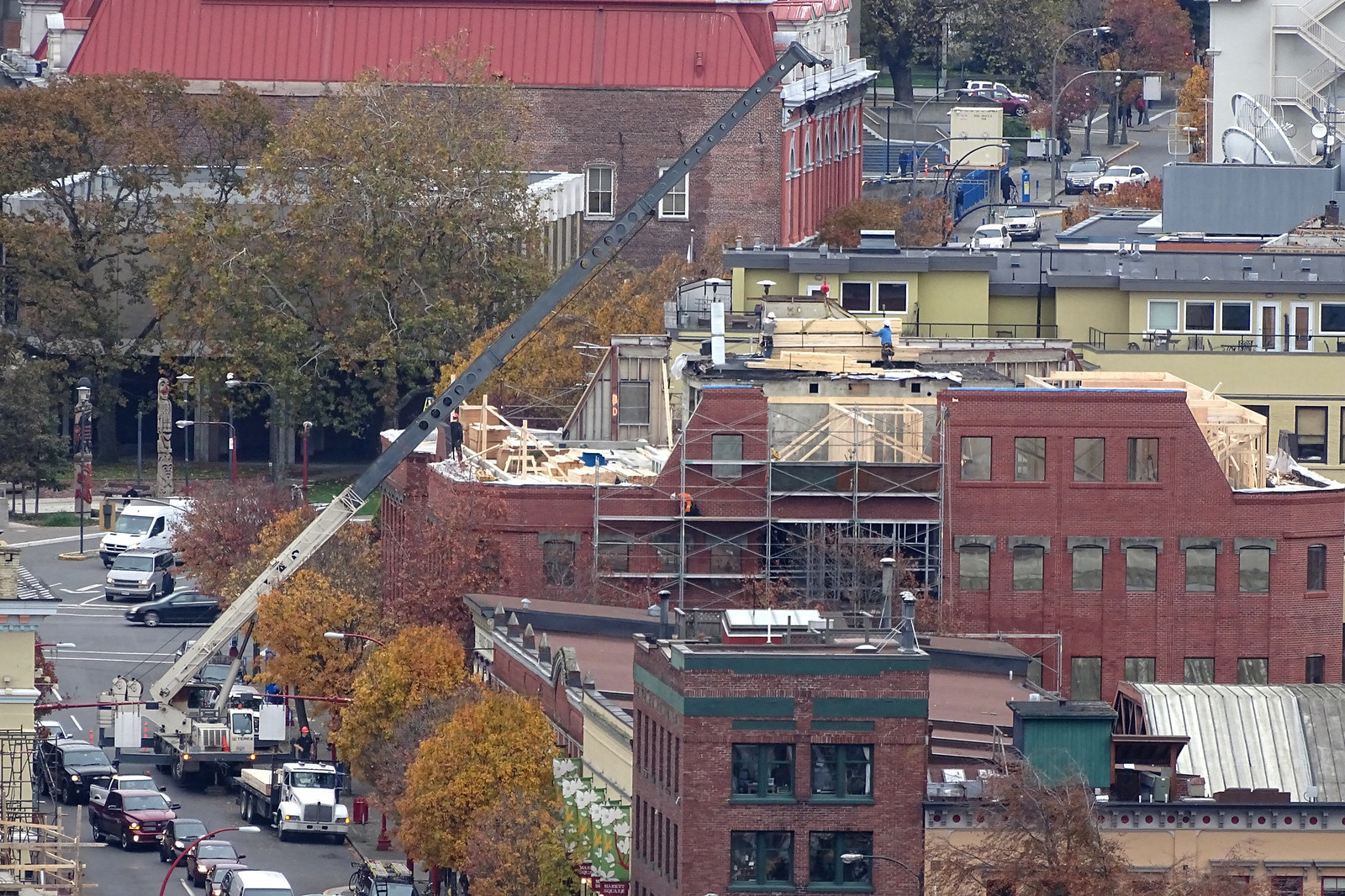 That first picture is a mind-bender, Gary.  I don't understand how the guy on top of Janion and the lady walking up Pandora are both more or less in focus, and appear to be the same size when they're more than a block apart.

You are witnessing what many refer to as "perspective compression", a phenomenon where distant objects that in reality are far apart, appear close together.  This illusion occurs when background objects look larger than they should in reality and hence give the illusion of being closer to the foreground objects.

Of course what's interesting is that it's all relative to your "perspective" or location - not your lens.  The myth is that telephoto lenses, like my 1200 mm (35mm equiv.) superzoom, is what causes the compression when in fact it is my perspective, or more specifically, my distance to the objects I photograph.  The compression phenomenon occurs because the distance to most of the stuff I shoot is MUCH greater than the distances between the foreground and background objects in my shots.  From my camera's perspective, being very far away from the subject, everything appears about the same scale.  If I zoomed out and cropped the image it would exhibit the same perspective compression.  Only if I physically move the camera closer or farther away will the perspective compression change.

Foreground and background objects, the Janion worker and the lady more than a block away, are in focus, again because of the great distance to my subjects - combined with a small aperture (F6.3).  I can't get a shallow DOF from my distance.

This is a good explanation of the effect:  http://blog.scottbid...ns-compression/

The telephoto lens itself does not cause the compression but rather enables the photographer to move farther away from the subject.  It's that distance between the camera and subject that causes the compression effect.  In Scott's example below the background object appears larger and closer to the foreground object because he moved the camera farther away (distance 'a').  Note the first image is cropped (the horizontal line) to give the same framing. 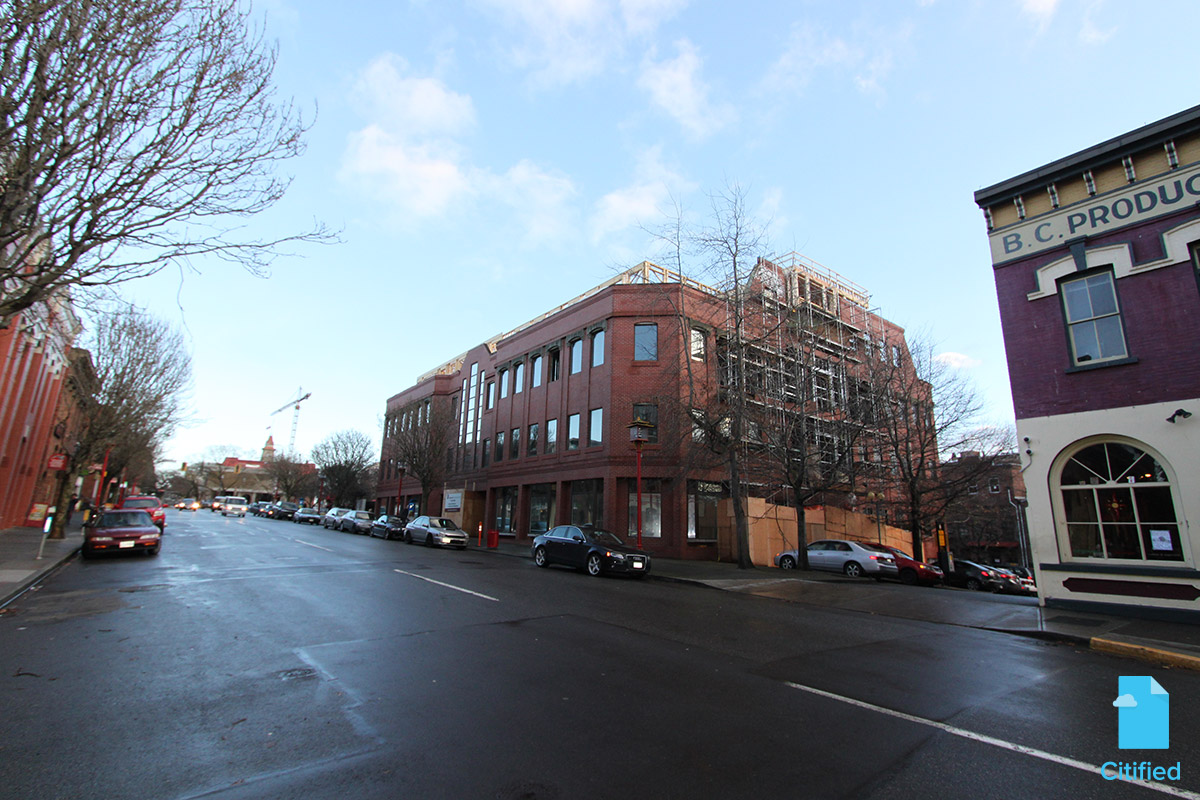