Wowza...whether you like it or not you have to admit this Alberni Street proposal in d/t Vancouver is very different and daring:

Height quite aside it shows the stark contrast between a truly global city like Vancouver, which is clearly more than willing to consider (and likely approve) of an architectural design radically different from the "norm", and Victoria, which all too often gets its collective knickers in a twist over anything higher than ten stories with even a hint of glass or steel incorporated into the final product, (not to mention insufficient red brick)

Yeah, because Vancouverites have never come out in opposition to high rise redevelopment proposals downtown...

C'mon - you have to admit proposed "high" buildings are seldom raked over the coals more than in this town?

The only time Vancouverites generally band together against height - usually of the super tall variety - is when they threaten to block the view-scape of the North Shore mountains, which the city has spent years of effort in terms of defining that view corridor. Otherwise compared to Ye Olde Englande by the Sea, in general, its more than fair to say people in Vancouver don't go "orbital" re: taller building proposals like they do here.....

There has always been anti-height grumbling in Vancouver, going back to the 60's.

"The proposal for the Broadway-Commercial corner presumably is a joke. If it isn't, then it's going to be the urban equivalent of Enbridge's Northern Gateway. Absurd, totally out of proportion, and ultimately doomed."

This one sounds just like it could be in Victoria.

Those opposed to the rezoning at the Feb. 28 hearing cited increased gentrification and property taxes, loss of views, traffic congestion, blocked sunlight and lack of public consultation. Their primary concern was a decline in affordable housing in the area.

Hmmm, "out of scale". Is this Cook Street Village or Vancouver?

Sure enough, a No Tower Coalition has formed in opposition to Boffo’s 12-storey project; its signs are staked in front yards throughout the area, a protest has been staged at Grandview Park and a petition circulated asking council to vote against the proposal on the grounds that it’s out of scale.

I guess the reason I am a bit quick to defend Victoria is because when I first became interested in following the property development scene here, and the Juliet condo building in particular (2007 or so), Corazon, Juliet and the Wave were big deals! They were some of the first major housing projects downtown in ages.

But, it’s a slow process. If you came downtown in 2005, it seemed almost like new construction in downtown Victoria stopped in about 1980. It has taken a while to build momentum, that’s for sure.

In fairness, over the years, the City has approved taller and taller buildings. The city has an OCP that supports high-rises throughout sections of downtown. So far, developers have not gotten the job done in terms of pushing into that next range of buildings – high-rise territory. We’ve have had three or four approved 20+ storey buildings on the books for years, with only one built so far. Hopefully that changes soon (I’m looking at you, Townline).

Checked out the "Vancouver House" tower site yesterday. This is the twisty tower at the foot of the Granville Street Bridge. Looking directly down at the pit from the vantage point of the bridge proved to be a dizzying experience. Seven underground storeys! 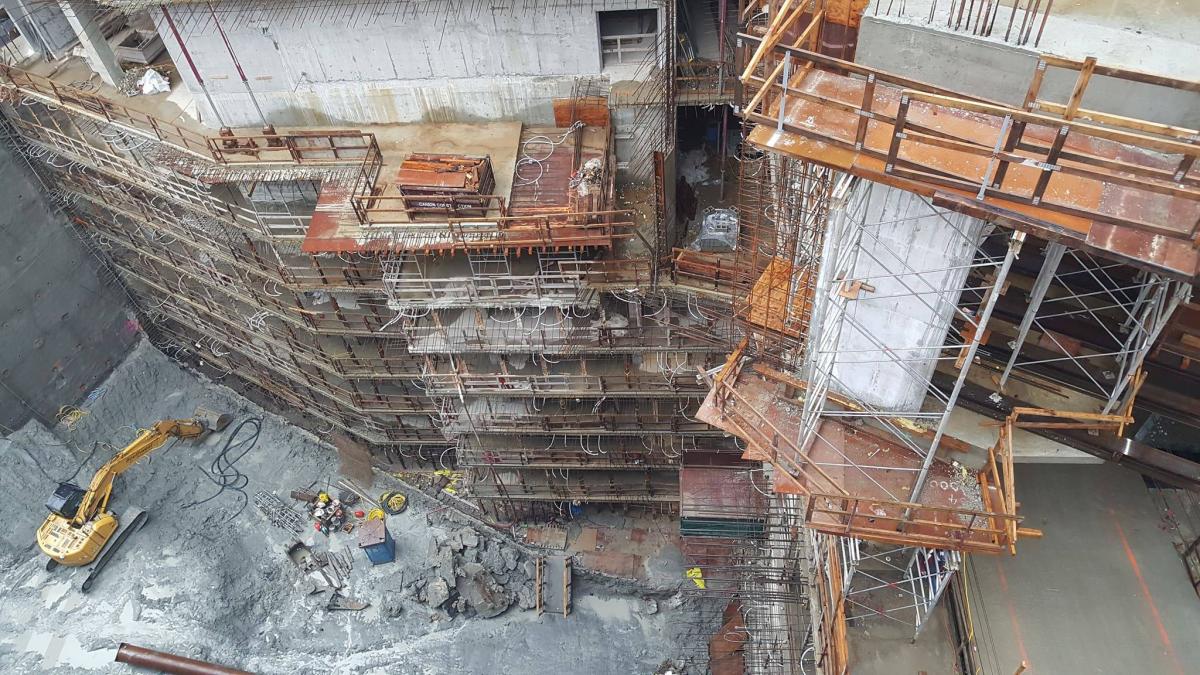 they call the neighbourhood the "Beach District". now that is cool

Just viewing the renderings for this project would give at least one Victoria council member a stroke. I love it.

With an exclusive offering for residents, our special relationship with BMW means on-premises access to a fleet (including the latest models) can be yours to reserve.

What about proximity to bike lanes though?

It's the ideal spot! One block west is the Hornby St two-way protected bike lane! Perhaps the BMW fleet will include one or two of their cruise bikes. 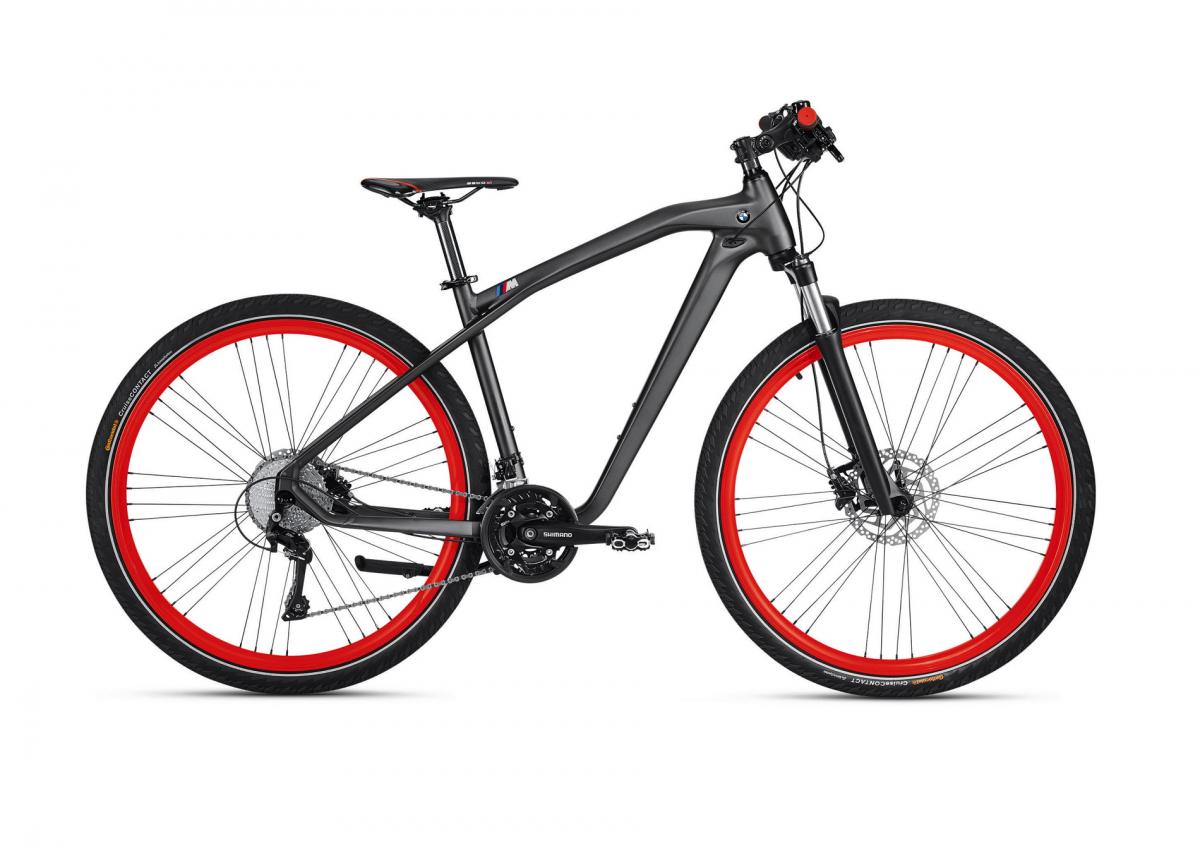 I didn't know Vancouver has proposed a separated bike & pedestrian lanes for the Granville St Bridge. I guess the proven success of the Burrard lanes made it an easy decision.

I didn't know Vancouver has proposed a separated bike & pedestrian lanes for the Granville St Bridge. I guess the proven success of the Burrard lanes made it an easy decision.

Or they went the Victoria route and didn't wait for any measure of success on the existing bike lanes before building the next ones.

$2000 per square foot. Also, my favourite part of this article is "starchitect."

My favourite part is where Jon Stovell hits the nail on the head. There isn't enough development to keep those prices down. Same problem here.

My favourite part is where Jon Stovell hits the nail on the head. There isn't enough development to keep those prices down. Same problem here.

Vancouver council showing that they aren't afraid to venture into more unique architectural territory. This rezoning has been approved (DP still to come), right beside the library and former Canada Post facility (which is also going through the development processes for glass tower additions to the existing structure). via https://dailyhive.co...stbank-approved 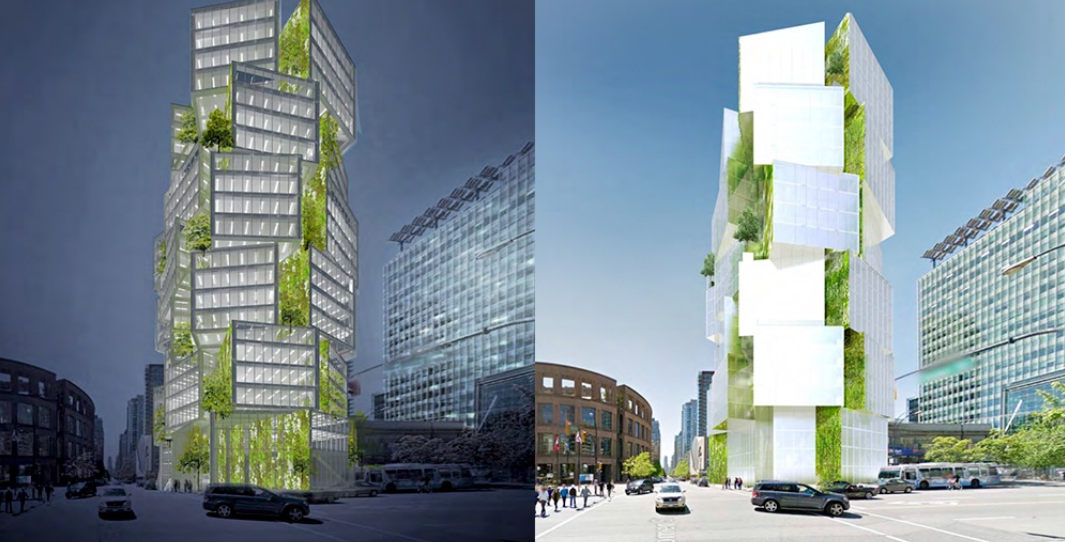 And here is the proposed Canada Post development, not sure where it is at in the development process or whether design changes have been made since this image was released. via http://dailyhive.com...t-redevelopment 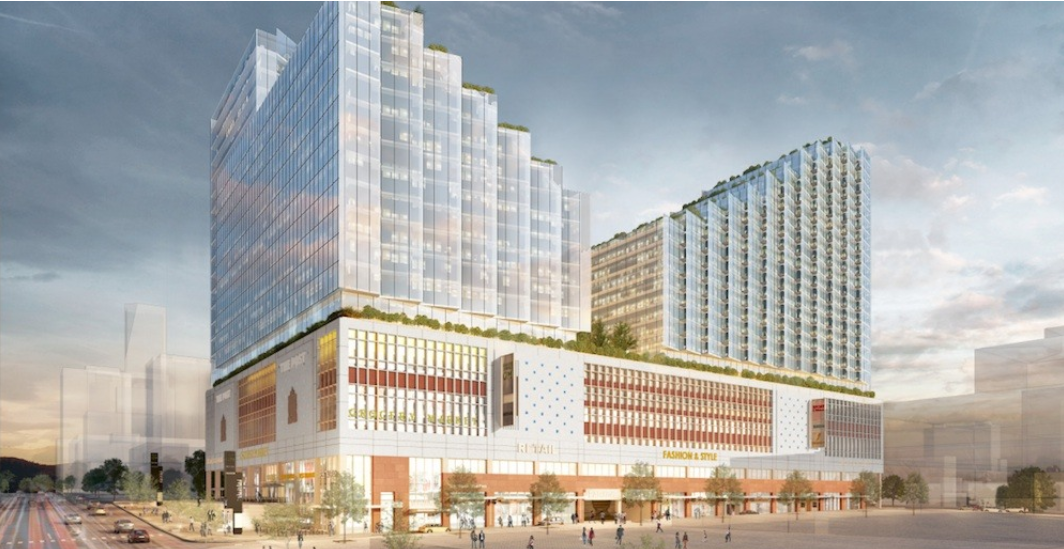 Aren't we lucky our local governments protect us from such monstrosities?