92 replies to this topic

people have an unfounded security fear in ground floor units. I don’t understand it either. every single family home has a ground floor and there seems to be less fear there.

My brother owns a ground floor condo. It was broken into by burglars who damaged his patio's fence during their heist. The strata refused to fix the damage, so my brother had to do makeshift repairs for the safety of his tenants. Then he got fined by the strata for making alterations to the building's exteriors.

March 30th. Lots of activity, with completion for this project just around the corner. 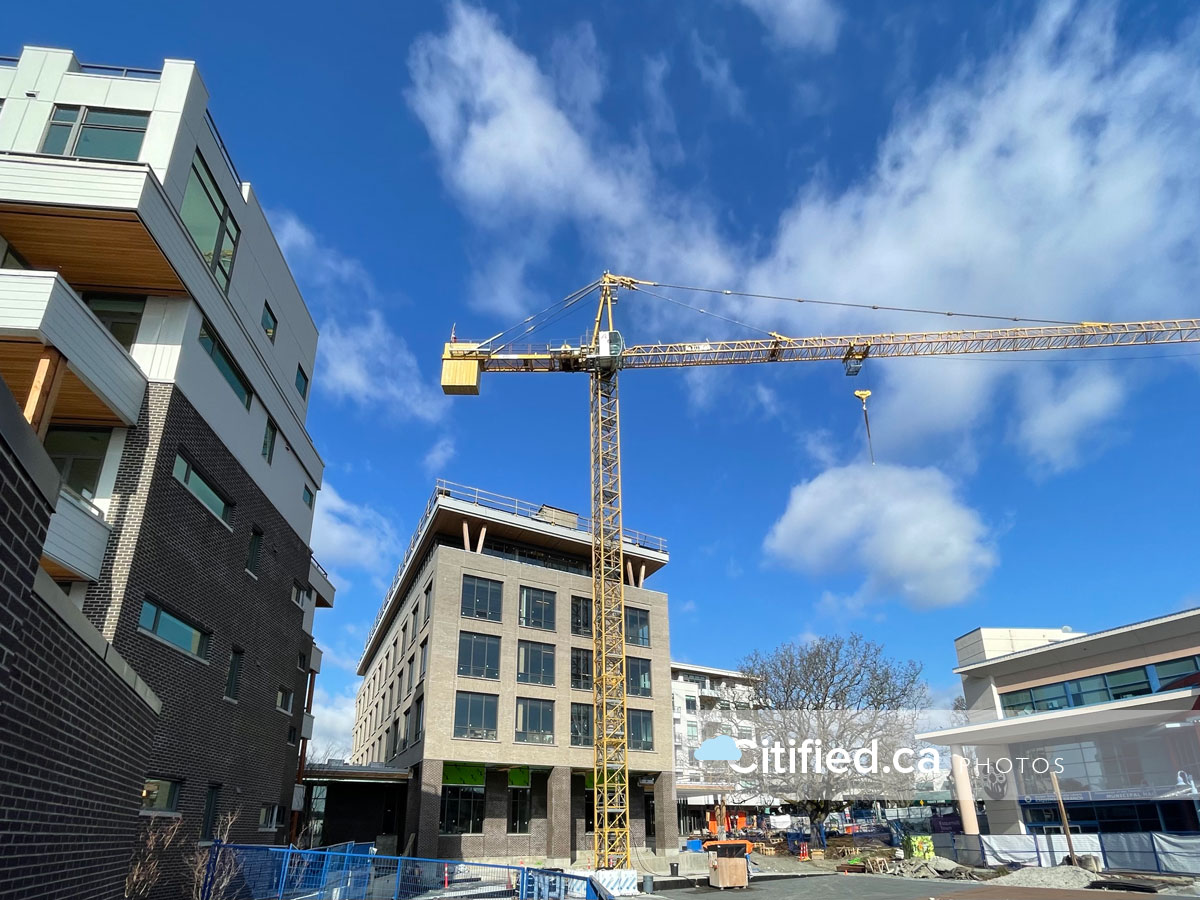 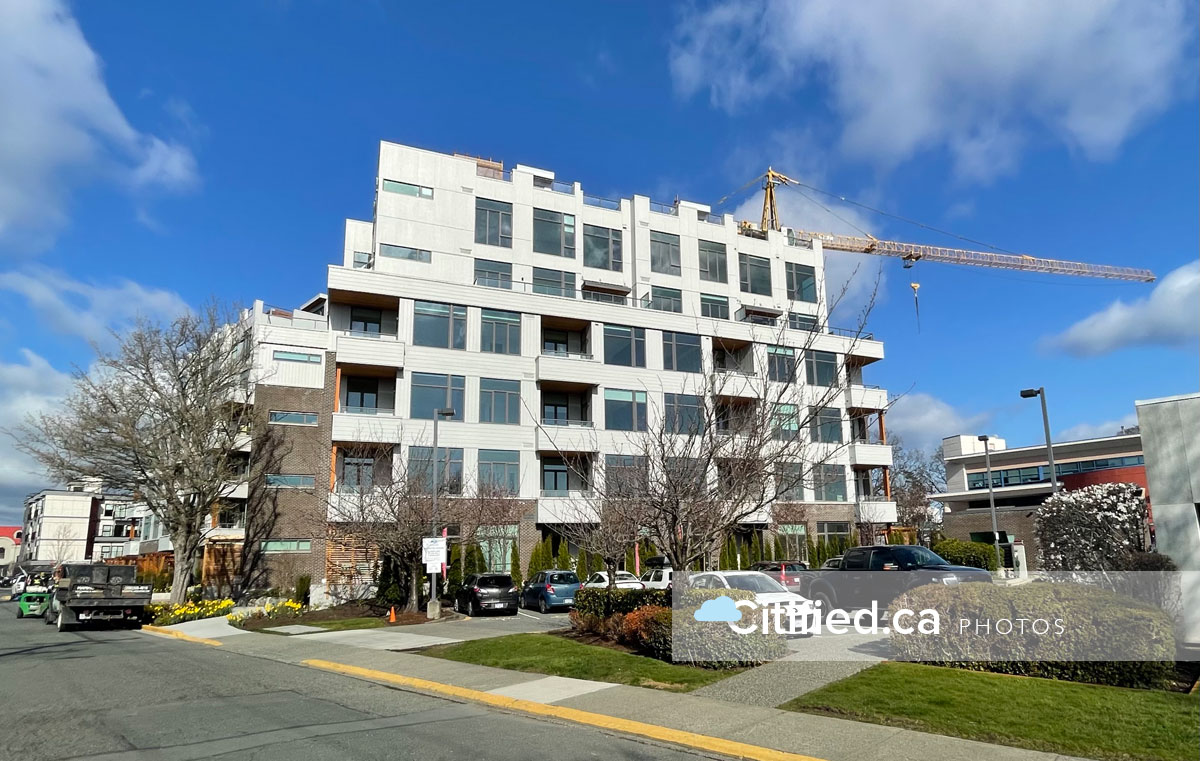 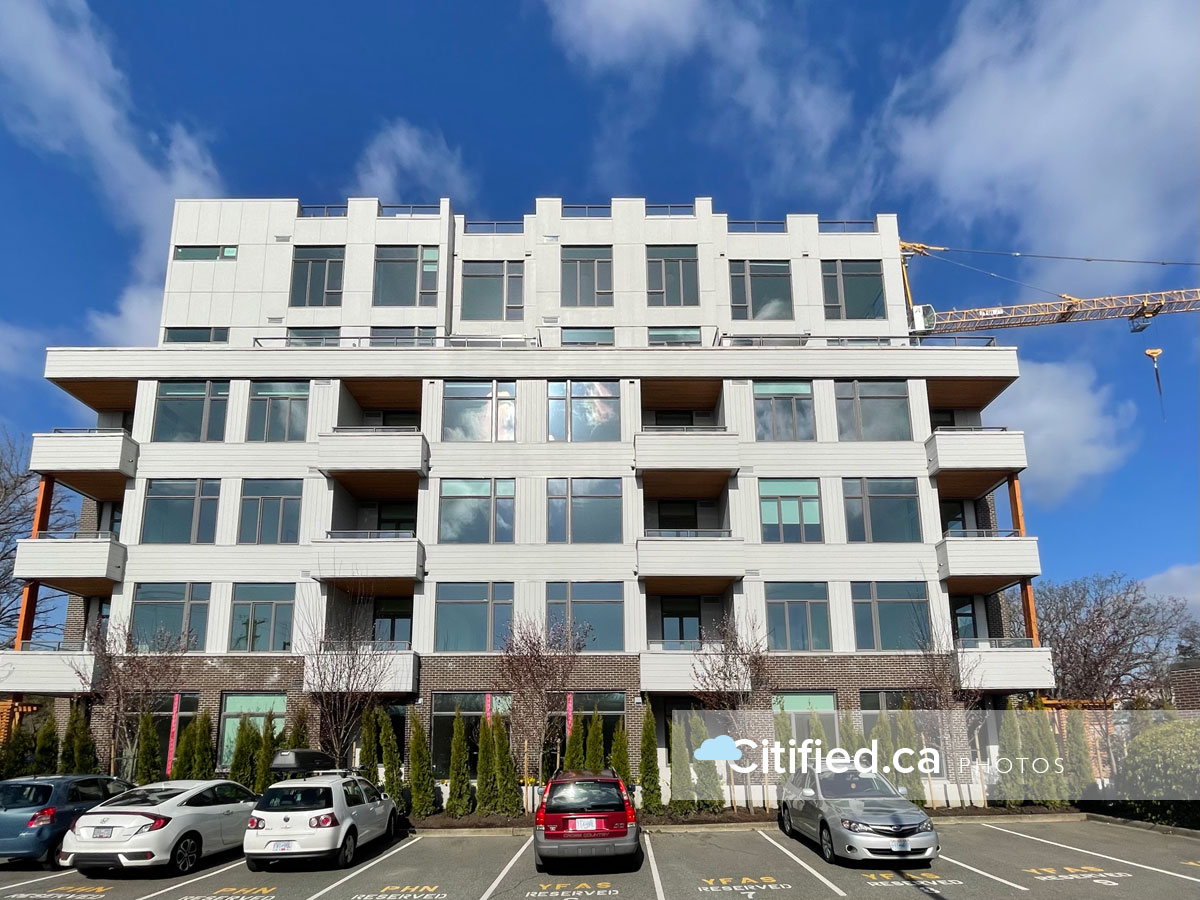 Looks great; lots happening in Esquimalt-Vic West. I know at least a couple of those older 4 floor apartments along Craigflower are also slated to be replaced, although with what I don't know. Presumably new rental buildings.

A Calgary developer - don't know the name of it - has also apparently approached some of our neighbors with apparent interest in a broader land & property acquisition play to buy out multiple homes/properties in our area presumably with the idea of building townhomes. I gather mail-outs have or will be sent out to local residents gauging interest in selling, so they're currently "kicking the tires".

In addition to the update below, Esquimalt Roasting Company will occupy one of two retail spaces at the ground floor of The Spruce, ETS's rental component on Esquimalt Road at Park Place.
Esquimalt's new Town Square nearing completion as rental homes fully leased, condo offering 65% sold-out

The office complex is nearing completion. It's the last phase to be finished. The two condo buildings and the rental building are now completed. 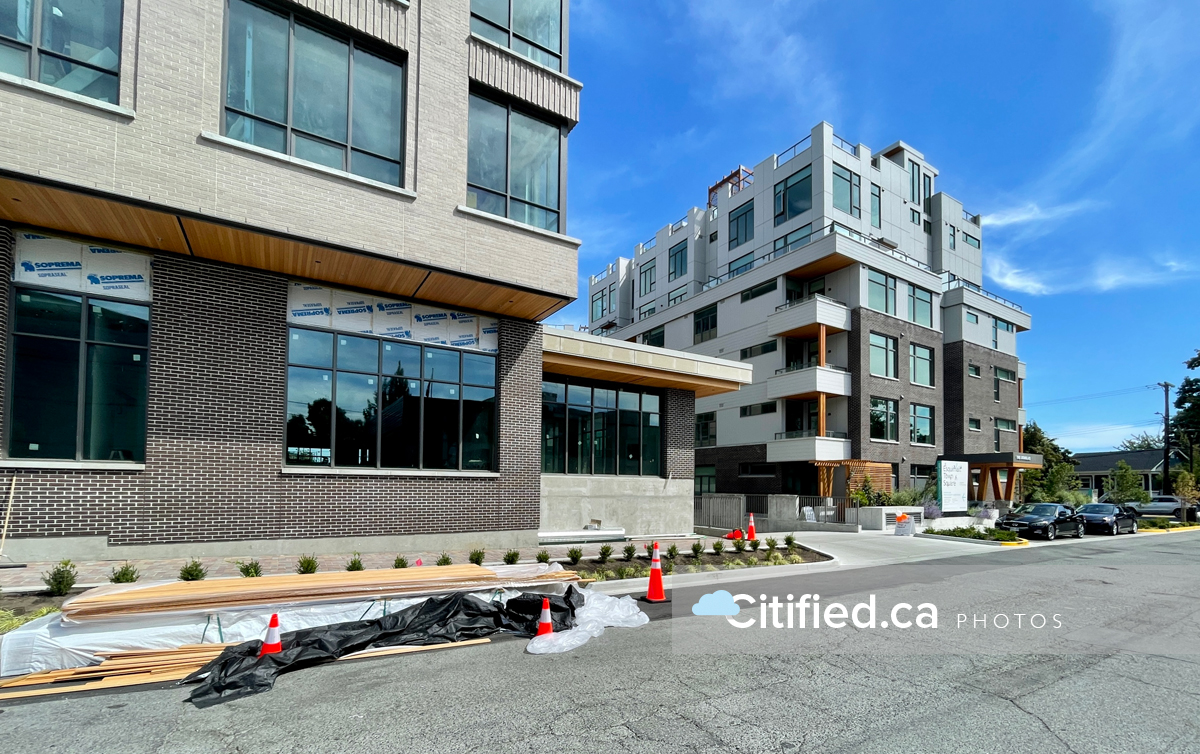 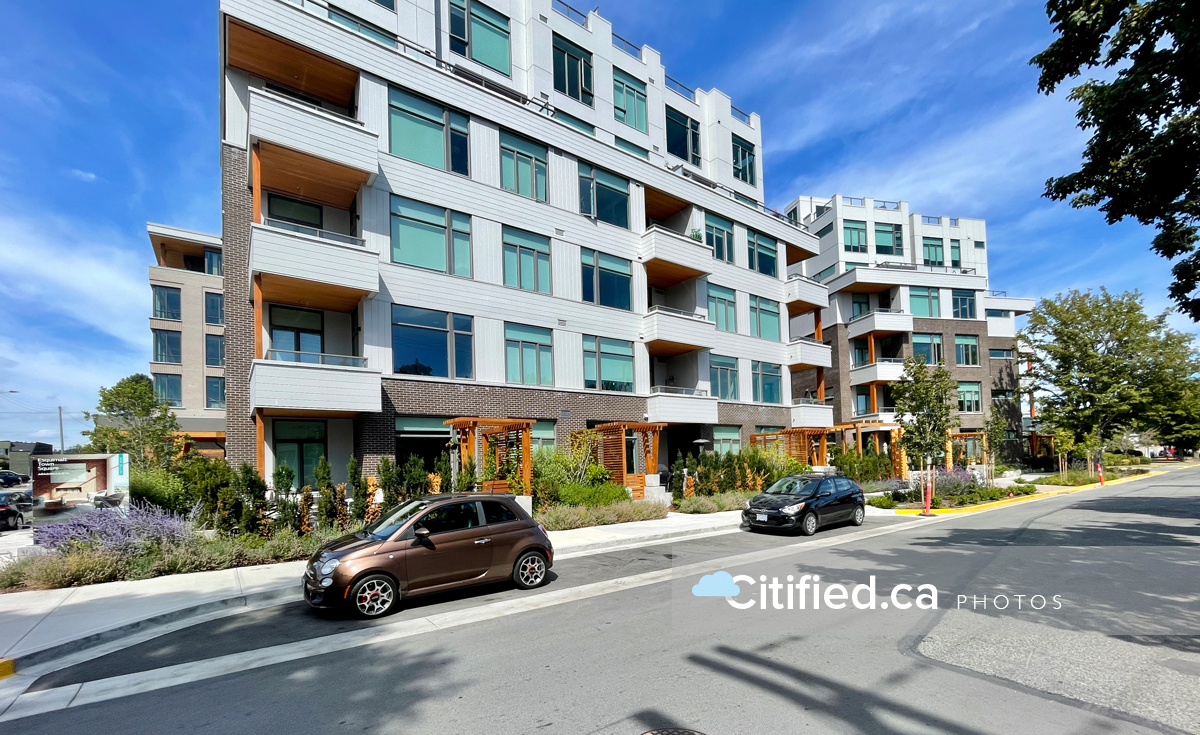 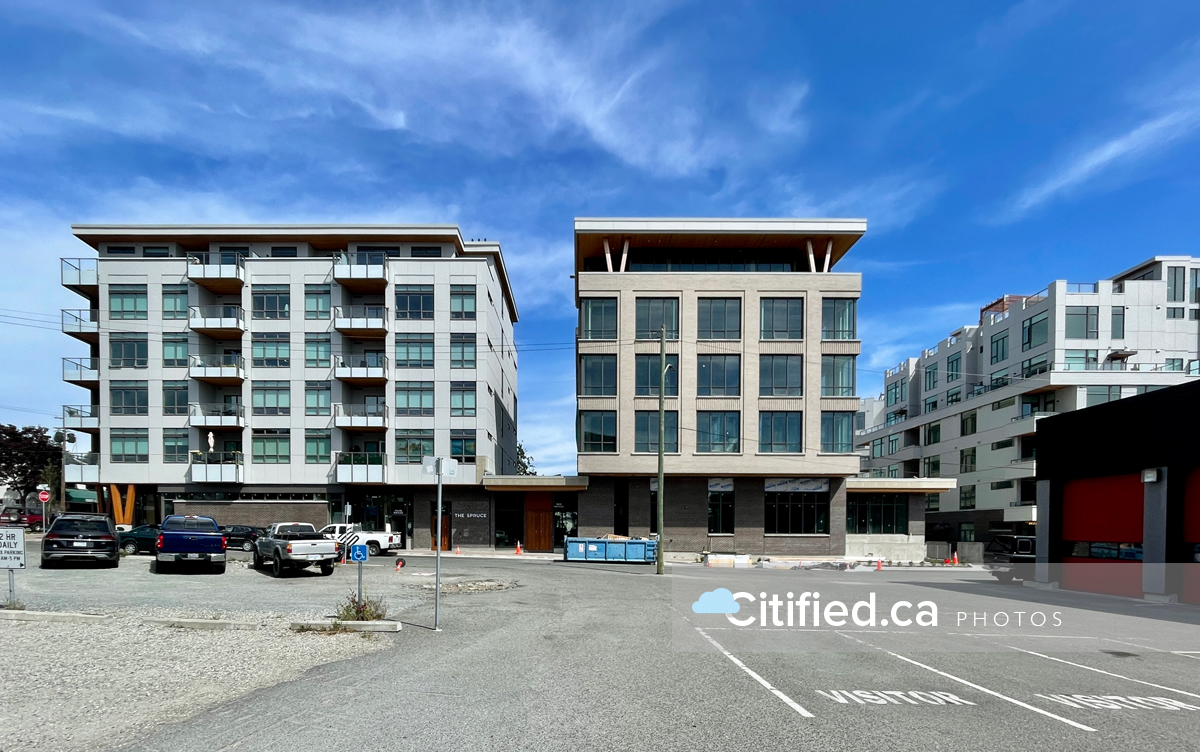 Don’t slight Esquimalt, which has a rich history

I take exception to the statement in the advertisement about “Esquimalt Town Square” on Nov. 13, because it said: “A western suburb of metropolitan Victoria … Esquimalt was once not as well known.”

In 1887, Esquimalt, not Victoria, was chosen as the site to establish the first permanent Army base on the West Coast of Canada. The Royal Canadian Artillery ‘C’ Battery were the first Canadian Troops stationed here.

One of the terms of B.C. joining confereration was the building of the first graving dock in Esquimalt.

Esquimalt, not Victoria, has been headquarters for the Royal Canadian Navy since its beginning as the Naval Service of Canada in 1910. The second graving dock [Panamax], the third largest in the world, opened in 1927 in Esquimalt and continues to serve the ships of the world.

There are many places named Victoria. There is only one Esquimalt and we the residents are proud of who we are. We do not play second fiddle to Victoria. 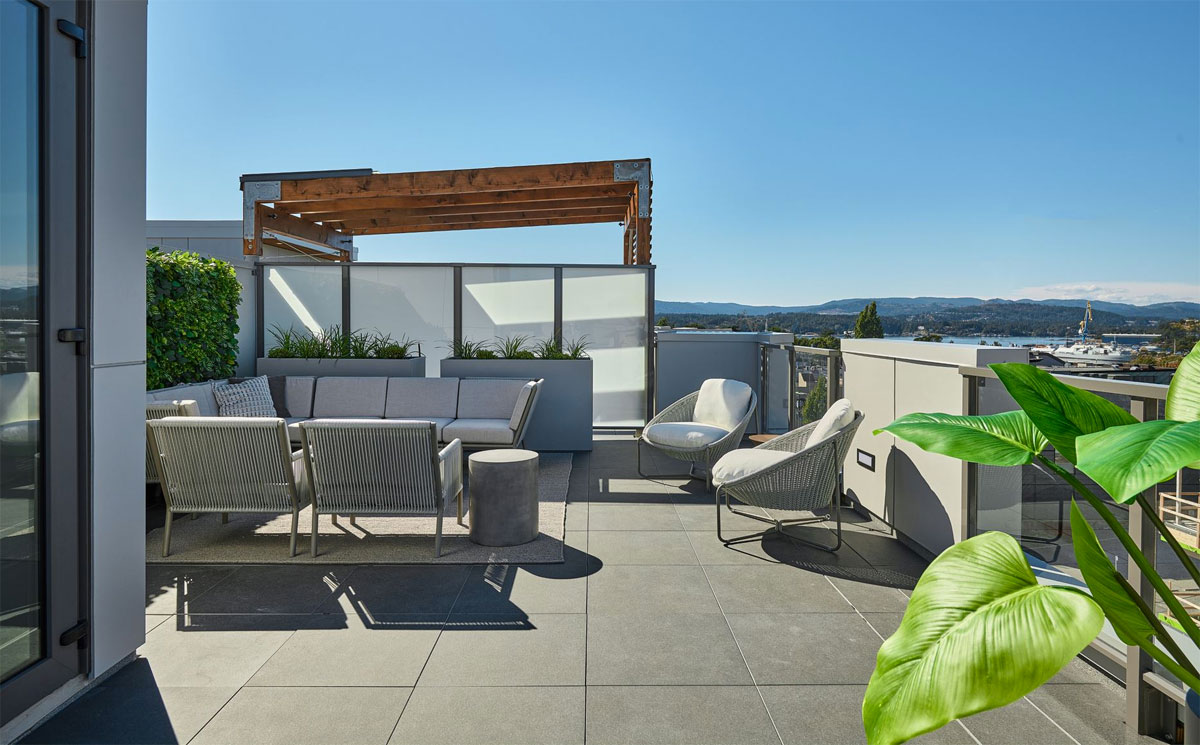 A private pet and child-friendly rooftop terrace, spanning nearly 1,200 square feet, is one of the many luxury features of a move-in ready penthouse residence atop Aragon Properties' The Douglas, a six-storey condominium offering at Esquimalt Town Square. The Douglas' counterpart, The Arbutus, features a similar layout with a private rooftop terrace as part of a two-home final sales release at the newly completed project.

What’s a patio that’s not child friendly look like?

What’s a patio that’s not child friendly look like?

A typical balcony is not exactly a place for a kid to run around on. Kids like to do cartwheels and buzz about.

A typical balcony is not exactly a place for a kid to run around on. Kids like to do cartwheels and buzz about.

But they can't normally cartwheel over a 42" high railing.   It's not even legal to have potential foot-rests that get them a few inches higher on a railing.

I'm also all for cats jumping off if they think they can pull it off.