How to build more awareness on the need for Abundant Housing in Victoria outside of VV?

Our take action section is up and running, if you agree with the principles, please share and take the time to fill out the email to Mayor and Council: https://www.talktoaryze.ca/take-action

Car-lite has me out.

Should have gone with:

Sin of omission, especially on a sensitive subject.

Our take action section is up and running, if you agree with the principles, please share and take the time to fill out the email to Mayor and Council: https://www.talktoaryze.ca/take-action

It's way too vague.

If you looked at the OCP you could already find all of those principles. The challenge in this is in the how - you will get Isitt and Helps agreeing on these principles and disagreeing on specific projects because they disagree on the definition of these highly subjective terms, and also disagree on how to achieve the goals. The public is the same - they have vastly different perspectives but can agree that a region needs 'liveability'. One person's idea of liveability is blazing across town in their Escalade in 20 minutes at 4:45 on a Tuesday. Another's idea is a pot shop on every corner. A third's is being able to ride their cargo bike to Whole Foods and not see a car. This is more or less where we are currently.

It's all moot, however, in that you really should be looking at the next Council. Lobbying the current one is futile at this point. Even if all the incumbents remain, it's not a time period for them to promote large amounts of change. 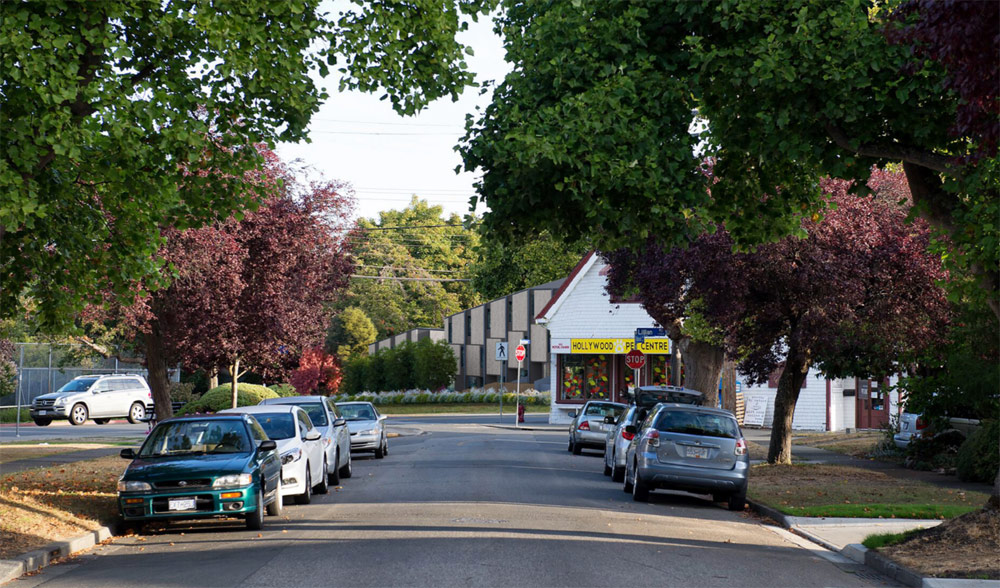 Families, inclusiveness and healthy communities are at the heart of Victoria-based ARYZE Development's recently launched Talk to ARYZE engagement effort. The informational and open dialogue platform hopes to break down housing barriers that are pushing younger generations of Victorians away from the neighbourhoods in which they grew up.

Victoria’s growing disconnect between real-estate development trends and the City’s ‘generation squeeze’ demographic is the backdrop to a new civic engagement portal that hopes to make a positive impact on the region’s housing accessibility and affordability challenges.

Talk to ARYZE, a website created by the partnership of Victoria-based ARYZE Developments and Purdey Group, is the first industry-backed local platform to formally supplant the efforts of grassroots pro-housing organizations through frank and open dialogue on the Capital’s land-use.

“Despite universal calls for solutions to Victoria’s real-estate affordability problem and a strong desire to expedite the construction of new housing, the underlying attitude among many of Victoria’s neighbourhood groups remains antagonistic towards infill development,” says Luke Mari, Director with Purdey Group.

“As developers, we are told that neighbourhoods want more affordability, housing diversity, transit options, parks, and local retail but at the same time, they want to remain the same as it relates to height, character, use, and density. This dichotomy eventually materializes into the very pressures pro-housing groups like Generation Squeeze and Cities for Everyone have identified as key obstacles to affordability among Victoria’s younger generations.” [Full article]

NIMBYism at its finest.

The wrecking ball is incredibly ironic because with runaway land prices, it comes to your neighborhood no matter what. Older single-family homes quickly become teardowns, many residents cash out, buyers demolish whatever is there, they build a monstrous McMansion that takes up as much square footage as humanely possible and resell it for an even more exorbitant price. Then since no one local actually has the family composition to want the house (or the wealth to buy it), it probably becomes a piggy bank for a 1-percenter, gets split into secondary suites or turned into a short-term rental.

Within three years, a quarter of the cul-de-sac I lived in the Lower Mainland was torn down in favor of three-storeys high utilitarian monstrosities. At least they were taken up by inter-generational families, which is common among first-time immigrants. But that demographic simply doesn't move to a city like Victoria. If the phenomenon kicks in high gear here, a lot of the city's neighborhoods are going to look empty and desolate beneath a surface of prosperity. And you bet the bulldozers and the construction noise won't stop.

And what's with the culture of trying to get every Joe and Jane to have a hand on planning decisions? Sure people should be able to express their opinions, but they sure as hell shouldn't be keeping others from doing things with their property unless it reasonably infringes their own rights.

Nice to see some balance to NIMBY in Fairfield

Topical response from the Mayor that mentions both that specific NIMBY and YIMBY response posters in Fairfield. Read the post here.

Topical response from the Mayor that mentions both that specific NIMBY and YIMBY response posters in Fairfield. Read the post here.

Translation: "look at this pretty picture now **** off I have bike lanes to build"

Although the trend of political leaders trying to convince people the solution to affordability is an architectural stroke of genius is really pathetic.

Above these posters another poster has been placed. It reads: “It’s easy to oppose densification from your single family dwelling. Got privilege? For every young family that doesn’t get to live here, one must live in Langford and commute. Let’s put an end to this NIMBYism.”

How do we resolve this conflict?

It's a little presumptuous to assume that someone who lives in Langford or on the West Shore is someone who was forced into that living situation by a lack of an affordable or comparable option in the City of Victoria.

I don't like the phrasing either. But it is not implying everyone in Langford falls into that category, just that it may be the case that someone/ some people may be in that situation.

Predictive text and a tiny keyboard are not my friends!
Back to Urban Design