I never said Victoria was ruined. I simply stated that HP-2 is not an attractive building. I remain hopeful that future development in the area will help to mitigate this. Worst case scenario of course is that HP-2 sets the new standard for high-rises.

Despite its esthetic shortfalls, I thought I'd report that with the installation of the latest deck supports today, the tower has nearly reached its full height. 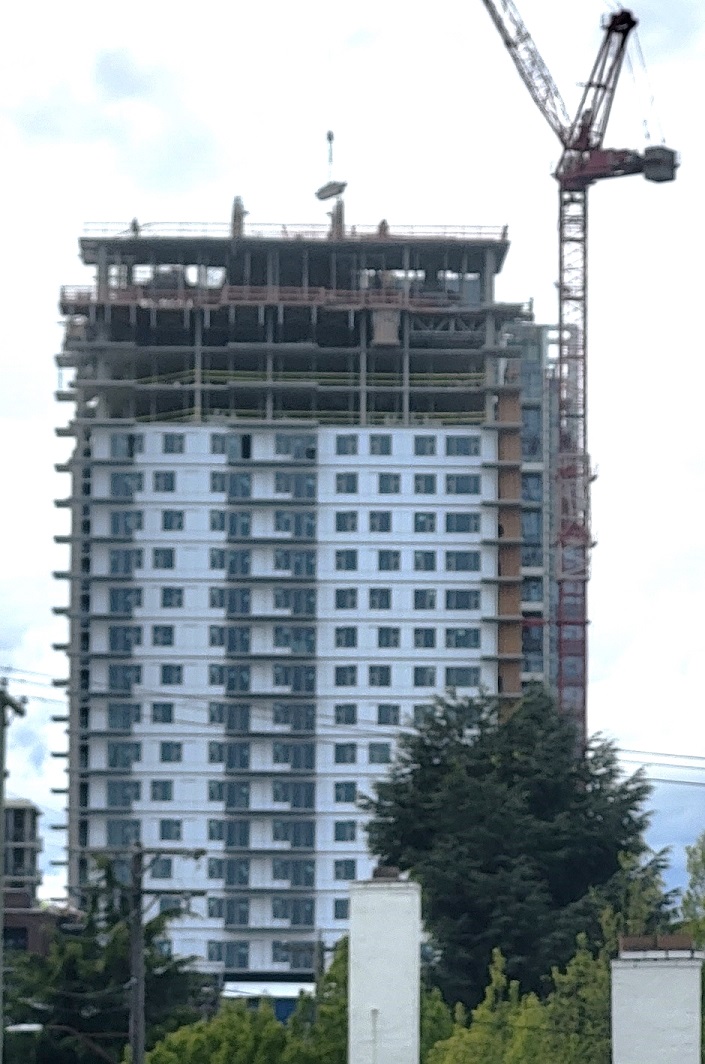 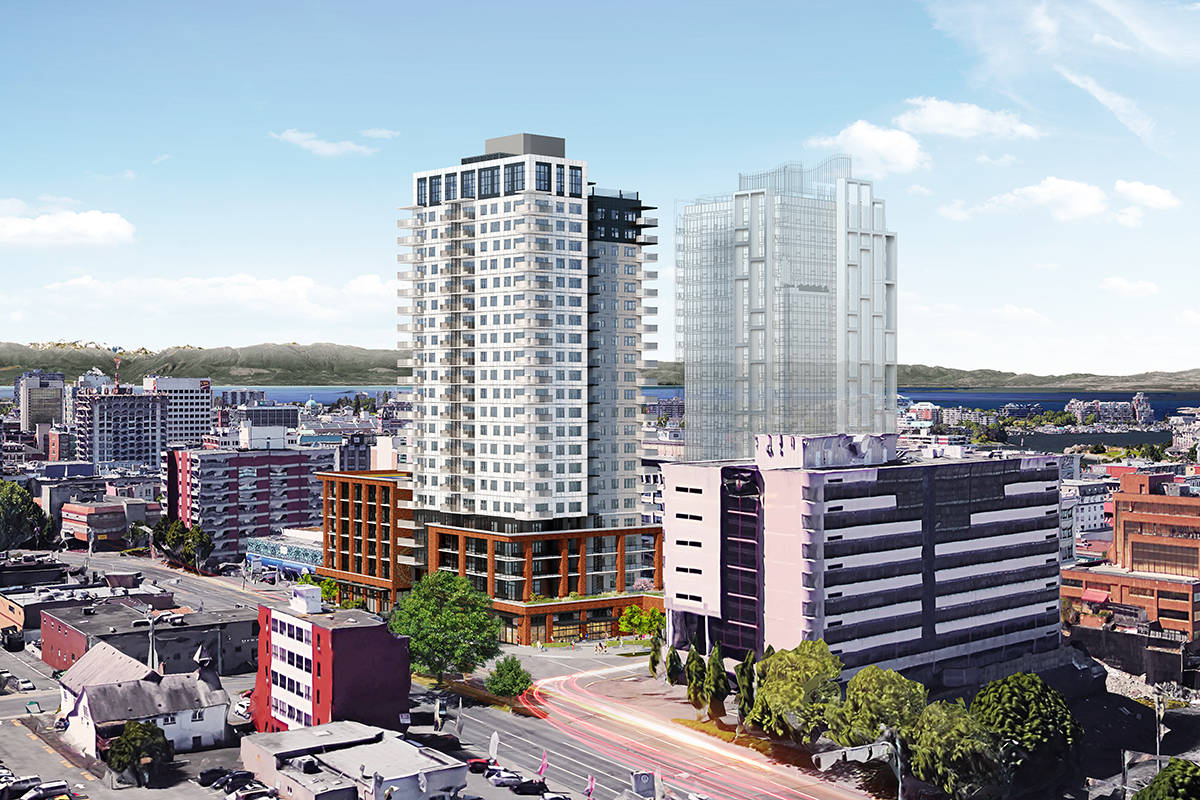 The podium is decent, but the tower is looking about as blandly conventional as a contemporary residential highrise can be. If you check out discussions in other cities you'll see people are confounded by this trend pretty much everywhere. Nobody wants plain & repetitive blandness, and yet it's happening like crazy.

But the thing about Victoria is, architectural design issues related to highrise buildings have literally been front page news for decades (Mike K. is probably too young to be aware of this fact). Over and over again we were told the same message: the generic, repetitive, and inelegant stuff that was going up everywhere else simply did not belong in Victoria. The alarmists even claimed the generic stuff that was going up everywhere else had the potential to damage Victoria. And yet now we've got this towering 180-degree about-face for all to see.

Victoria can be such a goofball place. Architectural design buffs can take visitors on a tour of downtown and boast about how Victoria goes to great extremes to preserve & emphasize the city's unique look and feel, but they can also point out Orchard House, View Towers, or HP2 whenever they require an illustration of the mistakes that other cities make.

Even some widescrapers have more beauty than HP-2 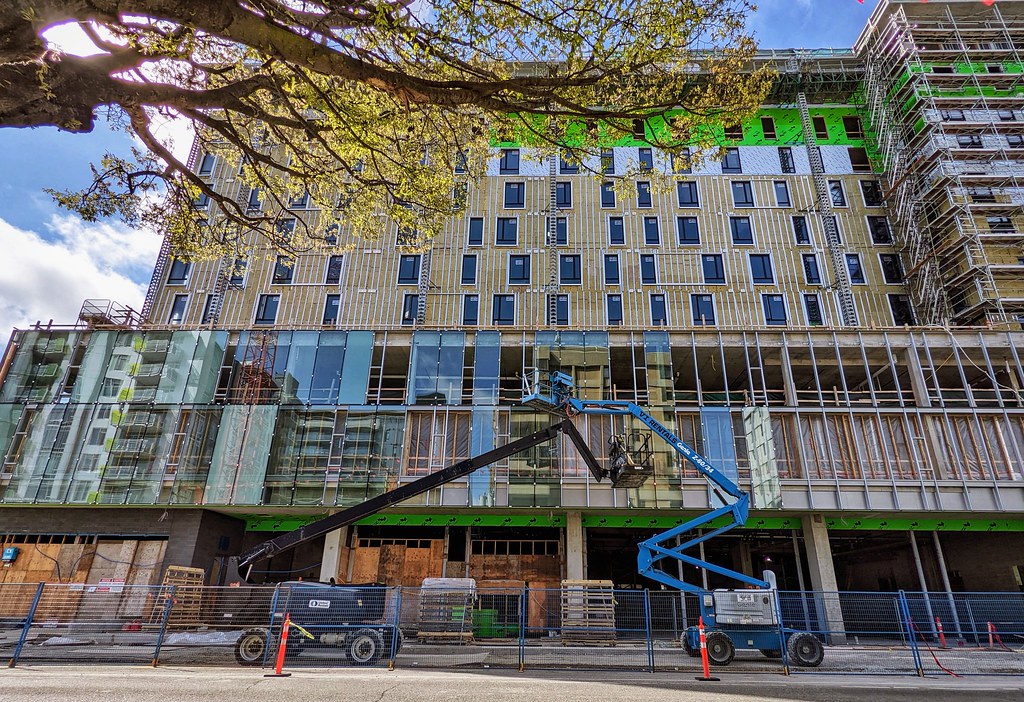 I won't be surprised if that one also ends up getting filed under "great podium, too bad about the drab upper levels".

HP2 is frustrating because we saw the original concept so we know this same basic design could have been much sharper if only it had a bit more glazing, a bit less blah, and a decent resolution at the top.

You don't see this in Victoria often.

I should mention that it is taken from a mid-block walkway though.

No there is a half complete mid-block walkway that will run from the carriage-way to the motor-way known as Blanshard.

Thank goodness for that! Wouldn’t want to walk that extra 60 feet to either street paralleling the walkway, until you get to Blanshard. Then you can walk the other 60 feet 😎

It is so far pretty cool with a dog run and a playground for residents off the walkway. It is unlikely to be used much by the general public but it definitely has architectural merit in my opinion.

Oh I agree, in this instance it’s well designed and meaningful for the residents, and not so much a mid-block walkway as a plaza (ha!).

The rest of them are garbage.