Two Waters is a townhome development near the shores of Colwood's Esquimalt Lagoon waterfront on Victoria's We... (view full profile)
Learn more about Two Waters on Citified.ca


12 replies to this topic

The Aquattro/Ocean Grove project is proceeding as Two Waters, with the first development phase consisting of 61 two, three and four-bedroom townhomes. 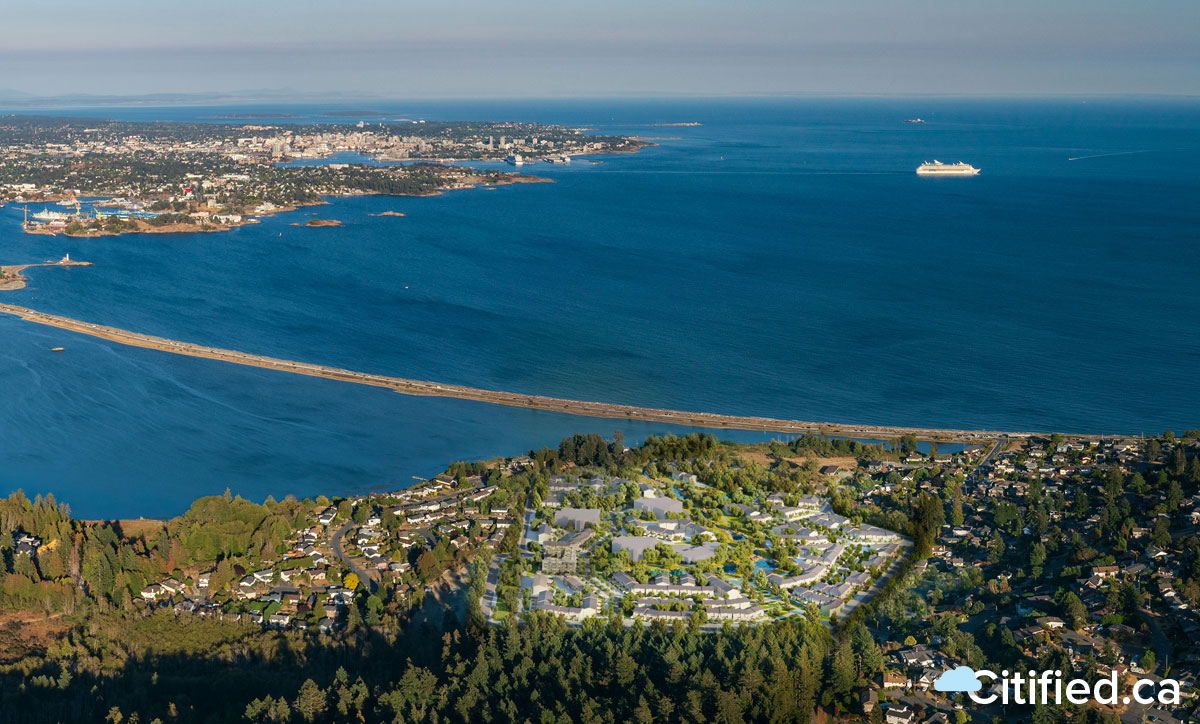 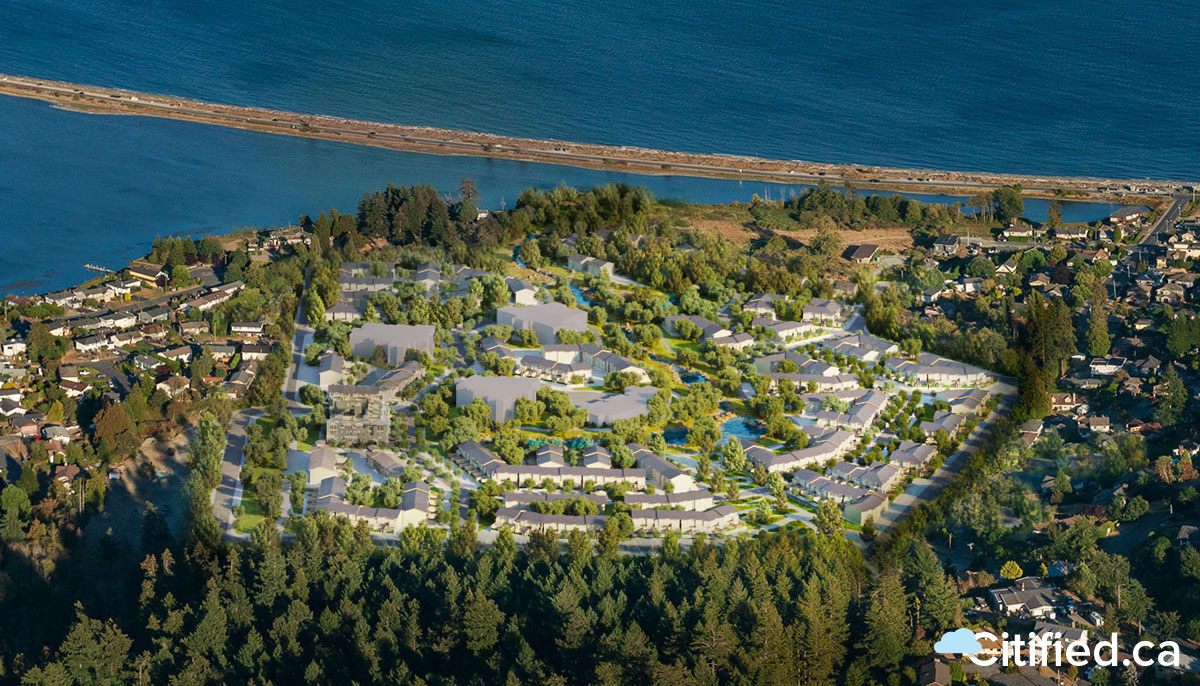 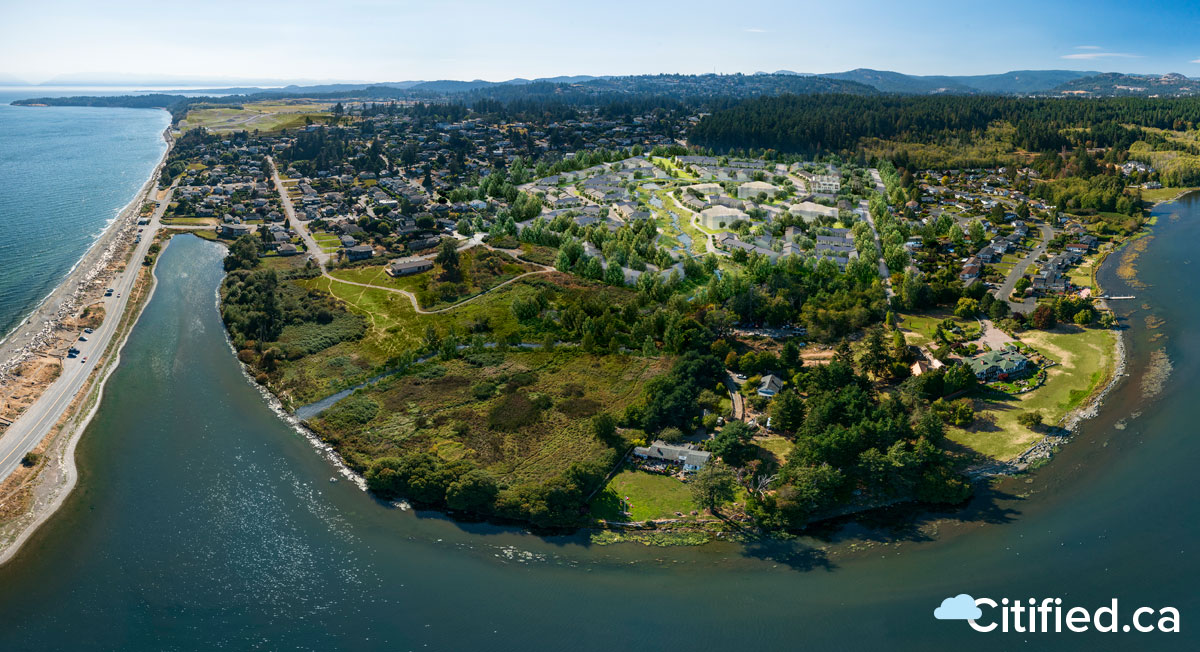 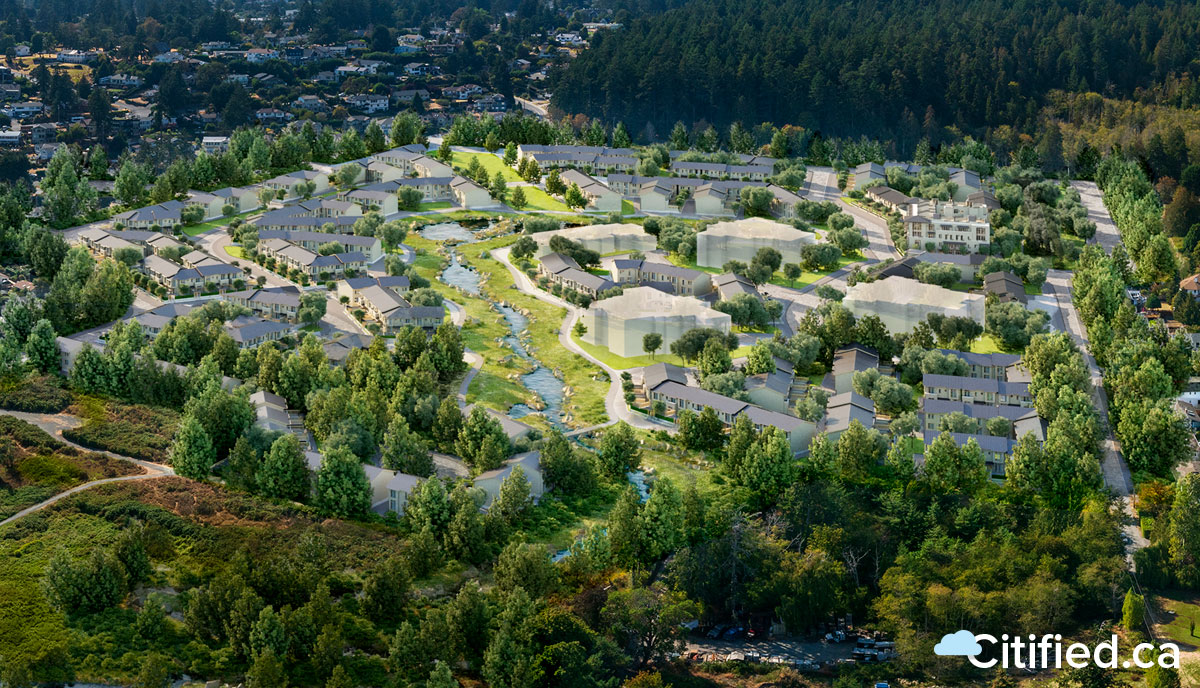 Gene Miller has a lot to say about Two Waters and its aspirational promo materials.

“A new vision of community begins with a bird’s eye view,” warbles the full-page ad. And there, just beside the aerial photograph of the property, and within reach of the gag-worthy banner “It will take a village” (I swear I’m not making this up), is a picture of a heron in profile—clearly on the payroll for now, but soon to be served with a scram notice when the ‘dozers start to rumble. Is that a heartbroken, prefigurative tear rolling from its eye down its long beak? Can’t quite tell.

Whatever they are relatively affordable townhouses for regular families

Miller was once the development industry’s go-to consultant. It seems like his involvement has waned in recent years.

Unless he lives in the clouds or possibly the third dimension I wonder how many - feel free to insert any one or all of heron's, meadows, brooks, streams, salmon fry ad nauseum - were literally shoved aside or plowed under to make way for wherever it is Gene Miller lives?

Since he "once ran" the Broughton Commuincations Group: hm...wasn't that located downtown? Gee I wonder what priceless pieces of "old" Victoria architecture were potentially demolished originally to construct that building?

See really anyone can play the game: I guess there is a certain crabby old demographic - including ex ad agency managers perhaps? - who, once they've cashed out and secured their piece of the southern island pie, somehow feel entitled to tell other potential residents to bugger off. Phhhhhhhht.

I don't know. While I can sometimes get annoyed with Miller on the LGE Show, I think this column and the idea behind it are spot on. The advertising for the product is over the top.

Miller is a little late, though. Two Waters is undergoing a complete re-envisioning based on feedback the team received during the project’s initial launch period earlier in the year. It’s been several months since the current concept went dormant.

I tried emailing INFO@twowaterscolwood.ca to ask about this project, but it appears to be an undeliverable address... I wonder how to get in contact with the planners for this project?

Thanks for your advice, and for your welcome.

The 26.5-acre Two Waters Colwood property is on the market to pay off a $25.4-million debt in a court-ordered sale.

Colwood Mayor Rob Martin hopes a sale will finally lead to construction of hundreds of new homes on the sloping site facing Esquimalt Lagoon, after other plans fell through.

I'd live there in a heartbeat.  Marko, get the paperwork ready