Pretty sure Olympic ceremony costumes are supposed to be a little bit ridiculous anyway.

The front of this thing is even worse.

The whole world is guffawing at our expense, and that’s me being polite.

Maybe it's just the people I hang around but Canadians are the only people I've seen talking about it at all. Searching through "Olympic Uniform" to try and find this laughing on Twitter gave a lot less comments in either way but this American seems to like them (assuming their profile is correct and they live in Arizona) https://twitter.com/...516049917071362

“Unfortunately for Canada, the garment looks like something you might spot on the sale rack at a fast-fashion retailer than something worthy of the Olympic stage.” - https://www.gq.com/s...iforms-graffiti

“But the biggest treat of all could happen on the final night of the Games when the Canadian team walk out for the closing ceremony.” - https://www.theguard...ckets-for-tokyo

Maybe the actual joke is Hudson’s Bay is American-owned.

Pretty sure Olympic ceremony costumes are supposed to be a little bit ridiculous anyway.

this is very true.  we've done the cowboy boots or at least hats before too. 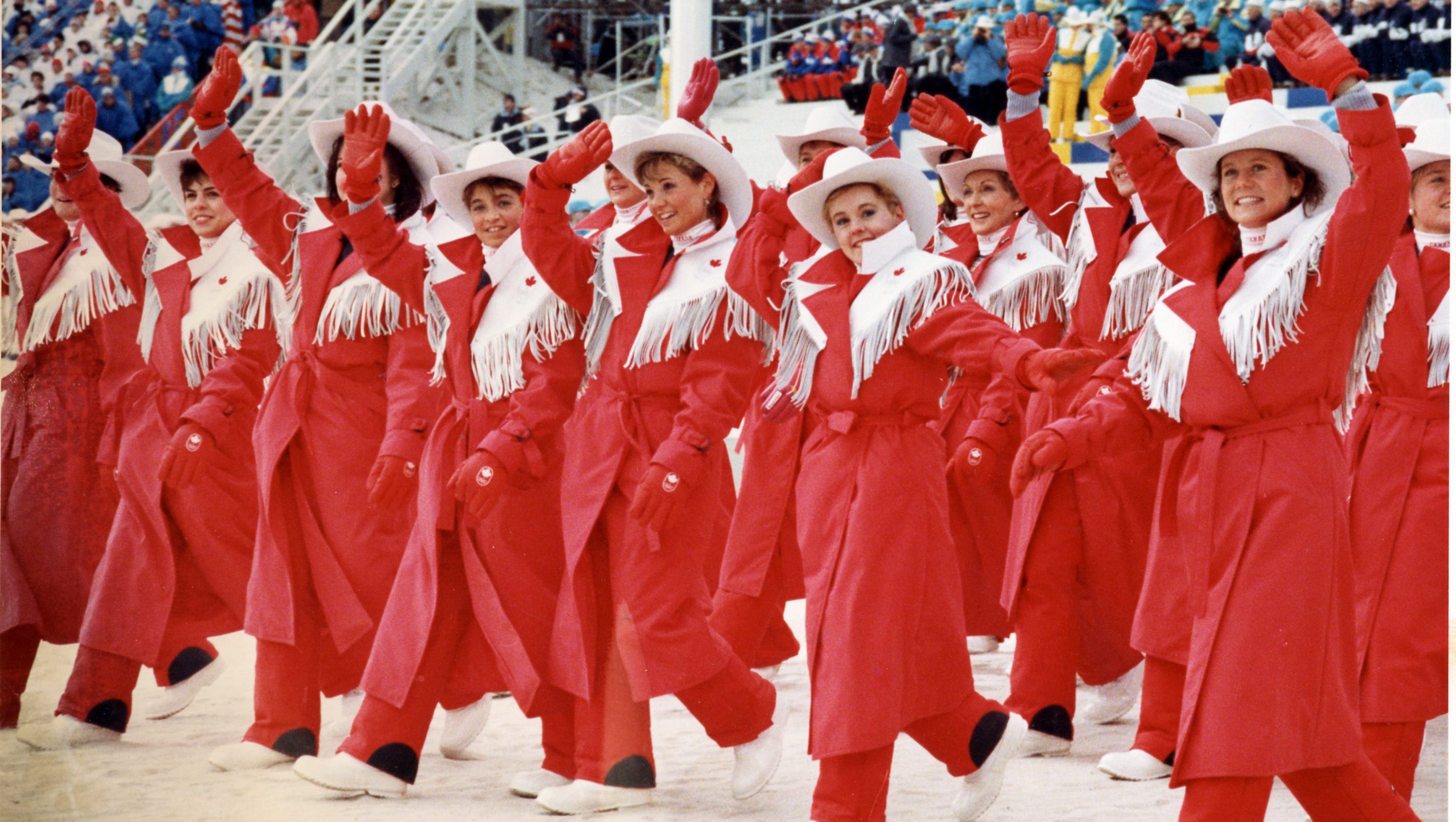 it makes the opening and closing a bit of a spectacle really.  because watching a bunch of people parade in and of itself is not very exciting. 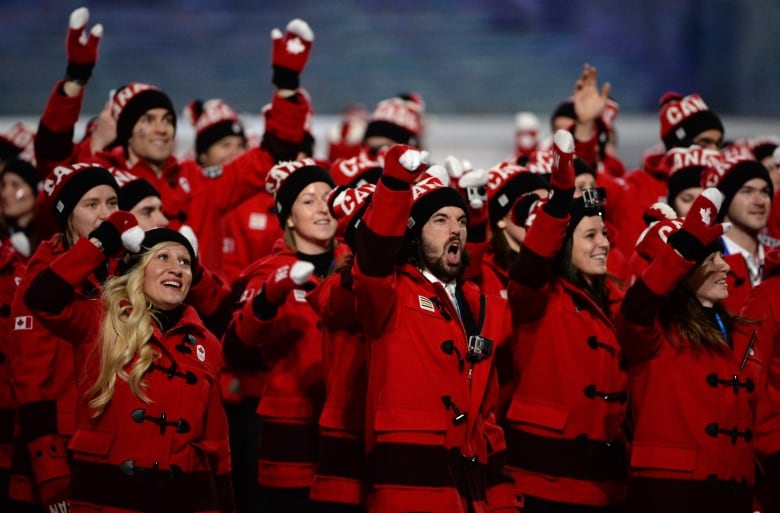 something seems odd with this article:

A total of 57 Canadians, 33 women and 24 men, are being sent to Japan to compete with the world’s top competitors from July 30 to Aug. 8.

turns out the 57 refers to just track and field team.

The silhouette of a lone figure arching over the bar into the cushioned pit at Rotary Bowl in Nanaimo represents no ordinary high jumper. Michael Mason of Nanoose Bay is preparing for Tokyo after being named a rare four-time Olympian.

Mason is one of three Islanders named to Canada 57-athlete track and field team Saturday for the 2020 Plus One Tokyo Olympic Games, beginning July 23. Cam Levins of Black Creek will represent Canada in the men’s marathon and Alycia Butterworth of Parksville in the women’s 3,000 metres steeplechase. In quite a feather in Ballenas Secondary’s cap, the Parksville school’s track and field program will be represented in the Tokyo Olympics by Mason and Butterworth, whose outside entity was the Oceanside Track and Field Club.

"Struggling businesses forced to temporarily shut down around Olympics venues. Olympic visitors ordered to install invasive apps and allow GPS tracking. Minders staking out hotels to keep participants from coming into contact with ordinary Japanese or visiting restaurants to sample the sushi.

Japan's massive security apparatus has raised complaints that the nation, during the weeks of the Games, will look more like authoritarian North Korea or China than one of the world's most powerful, vibrant democracies...": https://www.cbc.ca/s...sfied-1.6107238

Should the thread title be updated? or is it still the 2020?

I think technically these are still considered the 2020 games.

Langford-based Canadian rugby team crashes out of Olympics.  World No. 3 Canada was defeated 26-12 by Fiji and 31-0 by France in pool play Thursday.

Their task is to rebuild, amid the emotional rubble in Langford, for Paris 2024.

The media is fickle.

A year ago the media was silent when leaders of the women's rugby 7 squad led the ACAB mural protest and hate speech in Victoria. They were silent when leaders forced their coach to resign even though an external review found that he hadn't broken any rules. The media dutifully covered the presser last week when the team refused to wear Canadian outfits and instead put on BLM shirts and demanded that their statements on how crappy Canada was be read before they would take any questions. I guess when you are the best funded and sponsored women's team in the country and clear medial favorites then nobody wants to rock the boat.

It was a little shocking then to see the team fighting for 9th place after having been devastated 26-12 by #13 Fiji and then humiliated in a 31-0 blowout by the colonizing French.

Now the media thinks that perhaps forcing the coach to resign and have the balance of power moved to "team leadership" wasn't such a good idea. You think?!

I feel badly for the young ladies that went along with this scheme, there are no activist gigs available for them. They blew probably the one good shot they had at an Olympic medal in their careers

I feel badly for the young ladies that went along with this scheme, there are no activist gigs available for them. They blew probably the one good shot they had at an Olympic medal in their careers

While I can be sympathetic to their cause, how far they took it does have consequences.  The initial complaint stemmed from a charge of bullying.

in the wake of an independent review that said while the conduct described in the complaint reflected the experiences of the athletes, it did not fall within the policy’s definition of harassment or bullying.

So from this wording, the athletes complained about their experiences, but that the independent review did now view it as harassment or bullying.  The team then took on effort and focus on activist issues like BLM and ACAB, presumably because this resulted in better experiences for them than the intensity of being pushed in competitive sport at this level.

I suppose they will blame others for their performance, but continuing down that road won't get them very far.

one of the problems is that there is a very fine line or even a blurring of the lines between "hard" coaching and bullying.  nobody has ever succeeded under a coach that does not drive them hard.