Langford Central is a proposal for two highrise residential towers of 24 and 19-storeys along the 2700-block o... (view full profile)
Learn more about Langford Central on Citified.ca 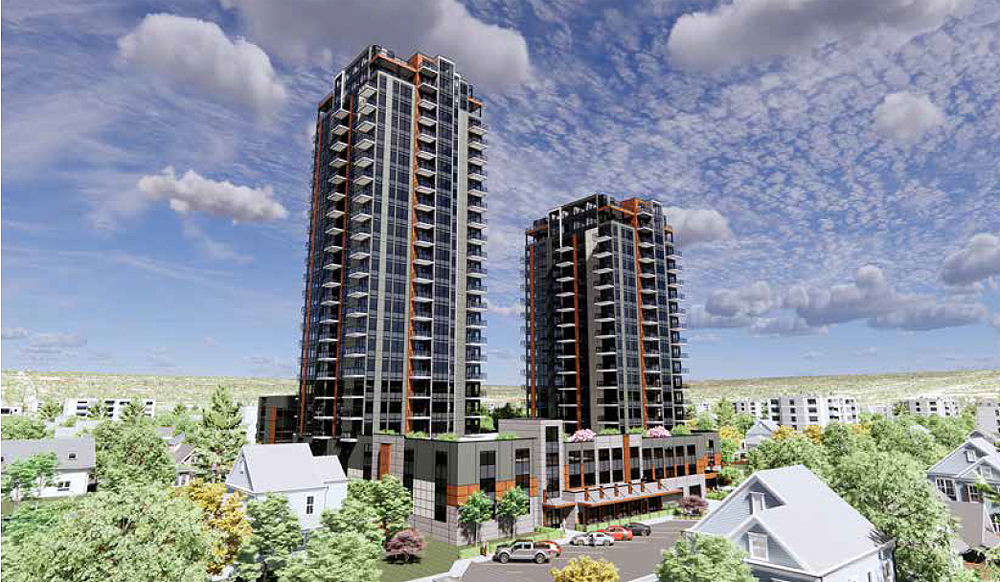 Langford Central (pictured) and Langford Gateway, a duo of proposals along the 2700-block of Peatt Road, could deliver over 700 residences to downtown Langford and tens of thousands of square feet of office space, plus retail units. Their proponents are pursuing approvals for multiple towers at heights of up to 24-storeys.

Langford council has approved zoning changes to allow four condominium buildings of up to 24 storeys in neighbourhoods of aging single-family homes, as the city starts a “transition” to bring density to its core.

Mayor Stew Young said the only place left in Langford to provide affordable home ownership and “vitality to our core” is through height and density, as outlined in the official community plan.

Langford Gateway Developments Inc. is proposing to build 22- and 18-storey towers on a parcel bordered by Arncote Avenue, Peatt and Sunderland roads. The Langford Gateway project envisions 269 units and a large daycare centre in the initial two towers, and two more buildings of smaller or equal heights in a future phase with about 200 units and office space.

Less than two blocks away at Peatt and Scafe Road, Jagpal Development is planning a 24-storey tower with 269 homes, as well as 271 units in an adjacent 18-storey building, as part of its Langford Central project. The two would be connected by a four-storey parking podium with commercial space, a daycare facility and about 20,000 square feet of office space.

“I don’t want to do urban sprawl anymore,” he said. “In a downtown core, you can’t be prosperous, you can’t have vitality with single family homes in the downtown core.”

I don't think so.   Couple busier times each day.  1,000 condo units hardly noticeable though.    1,000 homes at Westhills probably adds 3 or 4x the traffic.  Two parents each working, one teenage kid with car, plus the basement suite tenants.

What's wrong with that?  Local team on the ground with local experience and connections gets it built, the REIT etc. buys and runs it.   Does it matter who your landlord is in a 100-unit brand new building?  Some of these big companies have slick systems and service arrangements that put the moms and pops to shame. 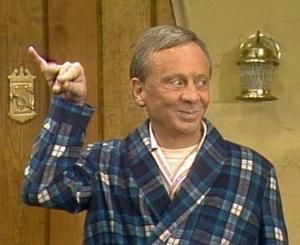 And that’s only if it’s a rental. Condos are not assigned to any other organization.