...this is less about the specifics of Langham, and more about the SJW efforts to change basic theatre norms everywhere...

SJWs want to change the norms everywhere. They are essentially anarchists - often with public funding.

I’m not interested in the specific argument being waged at Langham Court, but like SJW’s everywhere, this is less about the specifics of Langham, and more about the SJW efforts to change basic theatre norms everywhere.

In this case, it’s about getting rid of the power of a shows stage Director, something that has been a foundational element of live theatre for many decades.

It’s about stealing power from those who have traditionally held it, and giving it to theatre students, and those who feel they’ve been “wronged” by Directors at some point in their past.

Traditionally, theatre Boards of Directors support (indeed they usually choose) a stage Director for any given show. Thus the BOD coup at Langham.

That’s the basic math behind what’s going on at Langham Court.

So much drama.  Forgive the pun.

Not-for-profits with elected Boards need to tread very carefully in order to prevent such occurrences from happening ... and many Boards address the issue by taking a percentage of their Board (say 50%), and declaring that those positions will be assigned by existing Board Members (rather than voted on), this in order to provide long term stability and protection from Board coups such as has occurred at Langham.

Is there no ability for enough members to vote to conduct a special AGM and then have a new election?

There could be, but it would have to be specified in their existing Constitution and By-Laws.

You can't appoint more than 1/3rd of your directors in a non-profit. You can stagger term limits though, thats a better way to head this off, IMO (and also helps with continuity).

The Canadian Not for profit act has this clause:

You can't appoint more than 1/3rd of your directors in a non-profit. You can stagger term limits though, thats a better way to head this off, IMO (and also helps with continuity).

The Canadian Not for profit act has this clause:

That was what I was getting at. Seems like a simple way to dump the new board as long as the broader membership wants that.

The members would need to get a special meeting called. I'm not sure if one director can do that or if that requires a board vote, but the act states that Calling special meetings

(3) The directors of a corporation may at any time call a special meeting of members.

These are from the National act, I do not know if they apply to LCTS or if BC has one that applies.

These are from the National act, I do not know if they apply to LCTS or if BC has one that applies.

One might wish to use one’s Google skills to find the Langham Court Theatre web-site, and thence read the constitutions and bylaws published therein (under “Members”).

then at least you would see it coming

One possible reason for some membership payments at door of AGM. Here is an item from the Board minutes just before the AGM

Moderation is just a troll for the Woken Dead, ignore him,

Langham Court: How did a small community theatre become a hotbed of offstage drama?

In conflict: One side says Langham has had a toxic, racist culture, the other says that's not true 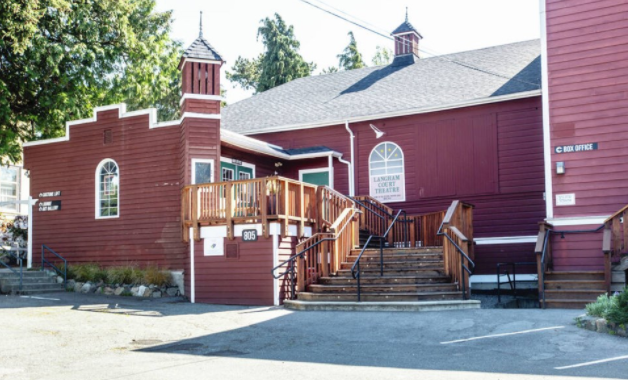 Its newly elected board says Langham Court Theatre has a longstanding toxic, racist ­culture that is desperately in need of repair.

Others, including former board members who recently resigned in protest, claim the new members are not acting in good faith, and have personal agendas that are causing irreparable damage to the mostly volunteer-run entity, which has been in operation since 1929.

The dispute erupted into the open at a rancourous annual general meeting and election in November that resulted in ­several key changes, ­including, ultimately, the abrupt ­cancellation of Langham Court’s current season. That caused a ripple effect that has spread to other corners of the ­performing arts community in Greater ­Victoria, illuminating issues some feel have been stewing for years — and others feel are ­completely overblown.

So how did a quaint, 175-seat theatre at the end of a quiet, dead-end street in the Rockland area find itself at the centre of such a storm?

The Times Colonist interviewed about a dozen people for this story — those for the ­preservation of the theatre as-is, and those who believe it warrants a culture change. The majority were unwilling to speak on the record.

Some were wary of a ­backlash online, where many heated debates have taken place. Many cited fears of being sued. They all wanted to speak, however. To a person, those interviewed for this story said it would be a shame to see the theatre close permanently.
More: https://www.timescol...e-drama-4958903

Langham Court member Judy Treloar in 2017 that she was not eligible for a particular role because “a black woman would not be a neighbour or a sister” for a play Treloar was casting at the time.

Is it true that the play Treloar was set in a time and location where a black person would not be in the demographics of that era?

It would have been better to have ignored the historic accuracy of the setting for the play to make sure it was inclusive.  However, the way Langham Court has been torn down, was there something much more dramatic going on?  There are racist people in our community for sure, but does anyone truly believe institutions like the Museum or Langham Court are hotbeds of anti-minority racists?

West Indian women, from both the Francophone and Anglophone Caribbean, came to Montreal after the Domestic Immigration Program of 1955 was established.[

There have been black people in Montreal for hundreds of years. Having a black woman in the play would not have ignored historical accuracy.

Correct, and many fled slavery by coming to Canada.  Does that mean there were African Canadian students in my classes growing up?  No, there were not.  Did it mean that everyone in my school was a raving racist?  No.

I still wouldn't try to preserve the historic accuracy of classmate demographics had a play been written about the school.  That would be asking for trouble.

Is it true that the play Treloar was set in a time and location where a black person would not be in the demographics of that era?


"Interestingly enough, throughout the 1960s my family lived and worked in the same Montreal borough in which Les Belles Soeurs takes place," McKenna says.

[McKenna being the Black actor who wished to audition – so, big fat no.]

I simply pointed out that there was a French speaking population of women in Montreal at the time. Some of whom were poor ,acting as maids and child minders. and thus within the same economic situation and class level as all the women in the play.

The woman actor was told no it was not appropriate historically for a black women to be in the play..  This was incorrect I believe based on reality.

. However both sides seem to have become fixed on their positions and we are now at this point.

The point is there were no black actors written into the play!

Treloar didn’t write the play, and her directorial vision didn’t see her re-writing the play.

Racism had nothing to do with it.

It was simply a play about a white, Canadian family living in Montreal … the play had nothing at all to do with black diaspora in Montreal.

^ The problem was Treloar trying to be helpful. No good deed goes unpunished as the saying goes.

Had the candidate simply been told they were not selected for the role and left it at that there would not have been an issue.

Indeed. Treloar was gregarious and outgoing, and would engage in productive conversation with anybody.

In this case, the the race card was pulled and played, and the rest is now seen as this disgusting drama currently being played out by a bunch of miscreants on the Langham Board who “didn’t get the part” in times past, and are now out to burn it all down.