7 replies to this topic

Please discuss the candidates and news/issues pertaining to the 2022 election in this thread.

When Colby Harder looks at Langford council, she sees people who have been “entrenched” at the table longer than she has been alive.

That has to change, said the 25-year-old, who announced Thursday she plans to run for council in the Oct. 15 civic election.

Langford, Harder said, needs new faces around the council table as the city grows and the demographic swings to younger residents.

“Now is the time to bring in new voices and perspectives,” she said. “I want to hear from Langford residents and work with them to make sure Langford is the kind of community we all want to live in.”

She and fellow council candidate Mary Wagner, 45, are being endorsed by Langford Now, a grassroots group that has been frustrated by the rapid development in the area, along with what they see as a lack of environmental balance and limited public consultation from Mayor Stew Young and other longtime councillors.


Langford, Harder said, needs new faces around the council table as the city grows and the demographic swings to younger residents.

^ is there any evidence at all this is accurate? Is Langford becoming younger? 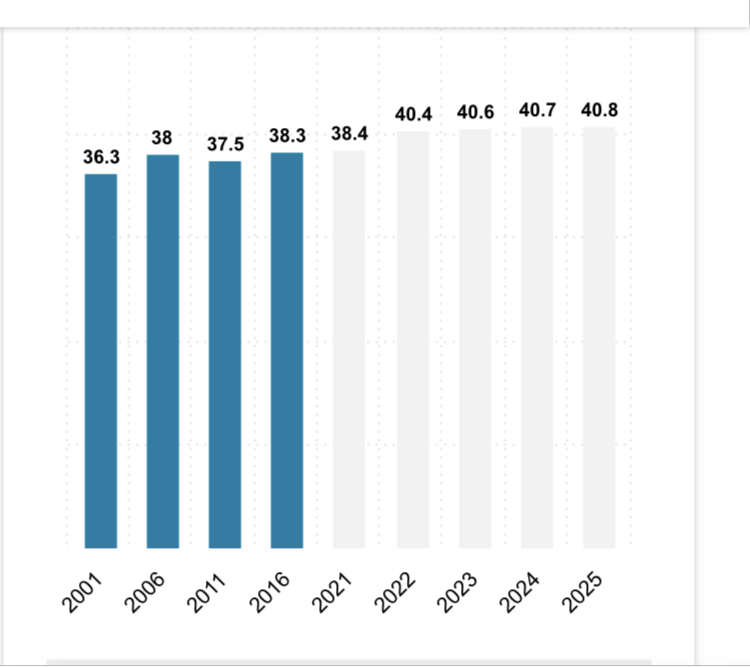 
Answer: no. Why would the author write that?

I think the only stats that matter in Langford right now are Stu’s polling of the likelihood of a 4-2 slate aligned against him.

If so, my guess is he announces he isn’t running.

He has a very high approval rating, why not spearhead his own state and say “these are the councillors we need with me to get it done”? Apart from sharing mailing costs etc. the gang has never really been official. Maybe this time they need to work a bit.

The younger candidate is into active transport for older people. But it’s an ideology, not a reality. Sure, some tiny sliver of seniors might bike into their 70’s, but the philosophy is not consistent with reality.

Look at the CRD stats on how people get around. Barely changed over 30 or 40 years, despite the ideology that CRD just tries to will on people. It’s out of touch.

I read with interest that a group is forming to challenge the current Mayor Stew Young and the councillors that support him. I would advise the electorate to be careful what you wish for.

Choosing and electing a “woke” council that emulates Victoria and Saanich will lead to a council that sees the electors as a piggy bank to fund their progressive pet ideas. Instead of a cost-benefit analysis, decisions will be based on current feel-good projects.

Langford will end up with dead-end streets with ping pong tables, separated bike lanes that are underused and the equivalent of the Richardson Street fiasco, not to mention Clover Point.

Saanich recently redesigned Shelbourne, which with all the housing going up the area will turn the street into a giant parking lot as traffic piles up and side streets will be inundated with diverted cars. Saanich is also planning additional headcount in staff.

I suspect the council is paid by how many staff they can add.

The current Langford mayor may be brusque, but infrastructure has improved, sports facilities have been added, affordable housing has been added and, importantly, taxes have been contained.

The old adage “better the devil you know” is apt.

Good.  I hope he wins and gets that guy out that's there now.

Colwood councillor Doug Kobayashi has announced he will be taking a run at the mayor’s chair in the coming election. The following is a press release from the campaign:
After topping the polls in the 2018 municipal election and serving as a councilor through the last few years of local and global upheaval, Doug Kobayashi has announced his bid to become the next Mayor of Colwood. Kobayashi’s combination of deep local roots, military, and international leadership experience, uniquely equip him to help lead Colwood through the complex changes currently bearing down on the seaside community.
From the environment, transportation, and housing to healthcare and how the city is being governed, Kobayashi is hearing a lot from citizens who are troubled by the disconnect growing between the people and a municipality that’s rapidly changing. And by far, the loudest voices are taking aim at the city’s spending priorities and the urgent need to become more innovative in driving economic diversification to support the influx of new residents.
“We can’t continue to expect the people of Colwood to shoulder the burden of increased taxes without a conversation about debt reduction or balancing our spending with our revenue streams - especially with inflation at record highs and the cost of living becoming untenable for many families in our community”, said Kobayashi, who also previously served as the President of the WestShore Chamber of Commerce.

Coun. Doug Kobayashi will challenge incumbent Rob Martin for mayor's job
https://www.timescol...top-job-5529559
Martin said one of his key priorities is to continue to work on rapid-bus infrastructure as well as his passion project — a West Shore passenger ferry from Royal Bay to Ship Point in downtown Victoria.

“I think we’re really close to getting that full feasibility study done,” he said, noting he has been in constant communication with the province, Royal Bay developers and the Royal Canadian Navy about the possibility.

Martin said one of his frustrations with local governments is not taking on projects that will pay off 10 to 30 years down the line.

He said people will one day ask why Colwood didn’t capture the land to make it possible when it had the chance and it was more affordable. “I see that that’s where we’re going to be in 30 years,” he said. “We will have Royal Beach in Royal Bay completely built out and we’re not going to have the land available to have a ferry system.”

Kobayashi, who was first elected to council in 2018, said that kind of project shows the difference between him and Martin.

“This is about getting back to what we’re supposed to be doing at our core services and making sure we are doing it really well,” said Kobayashi, a self-described fiscal conservative.

“We can vision all we want, but we must bring some realities to some of these what I call ill-conceived vanity projects.

Kobayashi, a retired lieutenant colonel who spent 20 years with the Royal Canadian Air Force, worked another 27 years as a professional engineer and senior executive in the aerospace industry with a number of firms, including CAE Aviation and Conair Aviation.

He said Colwood needs to dial back the current building pace and ensure council is listening to what the community needs.