Thousands of people are expected to descend on Cornwall to witness the first orbital rocket launch from UK soil in what is being heralded as the start of a “new era” for the British space industry.

As long as there are no last-minute technical hitches – and the Cornish weather does not spoil the party – the historic Start Me Up mission will take off on Monday night from Spaceport Cornwall, blasting nine satellites into orbit.

It will be a triumph for the spaceport, which has faced scepticism over the years that such an adventure could be launched from an area more associated with surfing than hi-tech projects, and boosts the UK’s position as an up and coming space nation.

At the centre of the mission is a repurposed Boeing 747 aircraft called Cosmic Girl fitted with Virgin Orbit’s LauncherOne rocket carrying the nine satellites. The 747 will take off from Spaceport Cornwall before releasing the rocket at 35,000ft over the Atlantic Ocean to the south of Ireland.

The plane will return to the spaceport, while the rocket will take the small satellites, with a variety of civil and defence applications, into orbit. They will be the first satellites launched into space from Europe.


It is an odd place to launch satellites from. You generally want to launch closer to the equator for maximum propulsion by the earth spin.

As of 2020 the space sector employed 4620 people in Guiana, meaning the industry was responsible for just under 10% of salaried jobs in the territory, though there are estimates that as many as 9000 people are employed directly and indirectly as a result of activities at the spaceport.

It’s probably not quite the same when you gather just to watch a 747 take off. And it’s not all that big a deal for the Cornwall space centre. That plane could really take off from anywhere in Europe to do the launch. Yes I realize it has ground logistics in place.


The rocket's upper stage finished a nearly five-minute burn shortly thereafter, then went into a long coast. It was during this phase that we learned something had gone wrong.

"It appears that LauncherOne has suffered an anomaly, which will prevent us from making orbit this mission," Virgin Orbit's Chris Relf, director of systems engineering and verification, said during a webcast of the mission. Details were not immediately available.


The failure resulted in the loss of nine satellites. Those payloads are an in-orbit manufacturing experiment by the U.K. company Space Forge; several U.K. defense cubesats, including two for studying the ionosphere, the upper layer of Earth's atmosphere where space weather occurs; and an experimental global navigation satellite co-funded by the European Space Agency. 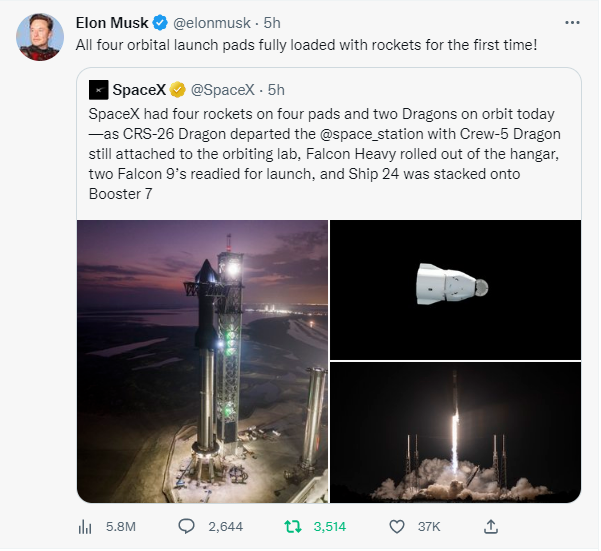 Let’s give Pluto its proper place

The new year is a time to reflect on past mistakes and commit to positive change.

I say now is the time to stand up and reinstate Pluto as a fully fledged planet in our solar system; the partially fledged status Pluto has endured since its demotion to dwarf planet in 2006 must stop.

Who are the International Astronomical Union to go around size-shaming planets? Don’t Plutonians have enough on their plate with having to walk their dogs in -242 C temperatures?

And a day on Pluto lasts 6.4 of our Earth days, making for a pretty tiring grind at the office. Let our rallying cry be “My solar system includes Pluto!”

I urge us to once again make Pluto our ninth planet, before all the other planets in the solar system amalgamate, which will likely happen before the 13 shires on the southern end of Vancouver Island get around to it.

SpaceX's robotic Dragon capsule splashed down off the coast of Tampa, Florida on Wednesday (Jan. 11) at 5:19 a.m. EST (1019 GMT), wrapping up a six-week cargo mission to the International Space Station (ISS).

That mission — known as CRS-26, because it was the 26th resupply flight that SpaceX flew to the orbiting lab for NASA — lifted off atop a Falcon 9 rocket on Nov. 26, 2022. The CRS-26 Dragon carried about 7,700 pounds (3,500 kilograms) of cargo to the ISS, including two new power-augmenting solar arrays, which NASA astronauts installed during two spacewalks in December.

No other currently operational ISS cargo craft can bring gear safely down to Earth like this. The other two active freighters — Northrop Grumman's Cygnus spacecraft and Russia's Progress vehicle — burn up in Earth's atmosphere when their time in orbit is done.

There's still one Dragon docked to the orbiting lab — the crew capsule Endurance, which carried four astronauts to the ISS on SpaceX's Crew-5 mission for NASA in early October. Endurance and its four passengers are expected to return to Earth in March.

The huge vehicle could launch to orbit as early as next month. 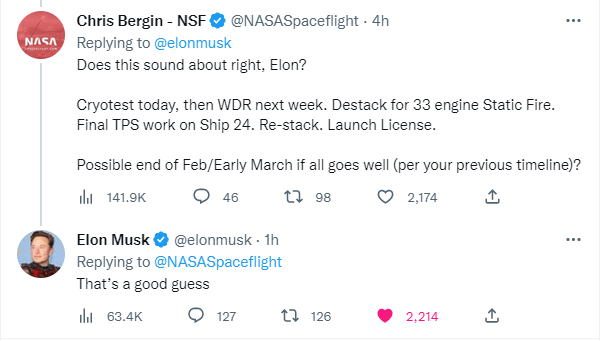 This will only be the 5th Falcon Heavy launch today.  The 4 past launches have all worked.  This one will be the 3rd for the US SpaceForce.  There are 11 more currently planned, into 2026.

SpaceX's powerful Falcon Heavy rocket will be back in action on Sunday (Jan. 15), and you can watch the liftoff live.

A Falcon Heavy is scheduled to launch from NASA's Kennedy Space Center (KSC) in Florida Sunday at 5:56 p.m. EST (2255 GMT), one day later than previously announced, on a classified mission for the U.S. Space Force called USSF-67. 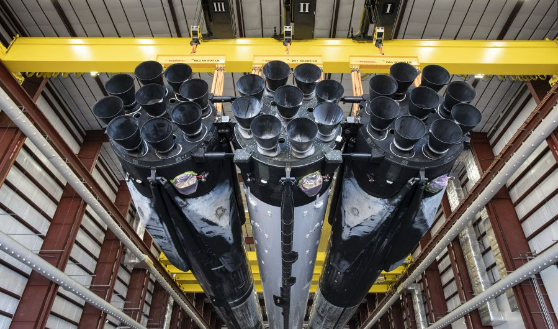 Rockets from the Falcon 9 family have been launched 200 times over 13 years, resulting in 198 full mission successes (99%), one partial success (SpaceX CRS-1 delivered its cargo to the International Space Station (ISS), but a secondary payload was stranded in a lower-than-planned orbit), and one full failure (the SpaceX CRS-7 spacecraft was lost in flight in an explosion).

Additionally, one rocket and its payload AMOS-6 were destroyed before launch in preparation for an on-pad static fire test. The currently active version, Falcon 9 Block 5, has flown 140 missions, all full successes.

Space launches from Canada will be allowed soon, transport minister says
Rules coming within 3 years, but interim launches can be approved before that
https://www.cbc.ca/n...anada-1.6720947

But YYJ will still only have one flight/day to SEA. 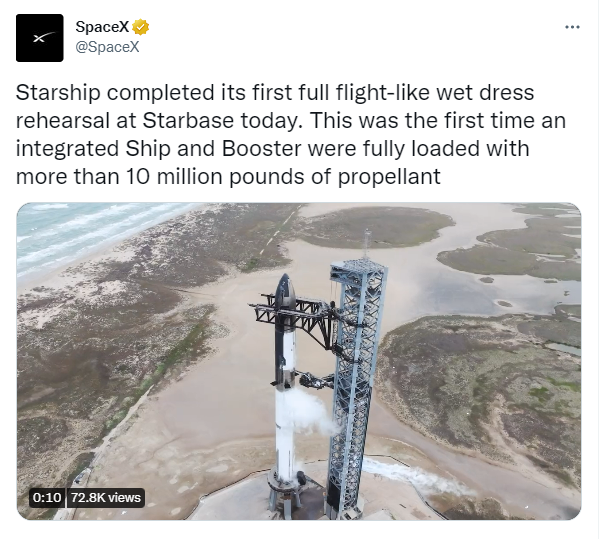 It's a visually odd term.

The Falcon 9 first-stage booster that propelled the mission during its ascent through Earth's atmosphere had been used eight times previously, including on two crewed missions to the International Space Station (Crew 3 and Crew 4, which launched in November 2021 and April 2022 respectively).

The 56 Starlink satellites, weighing a combined 17.4 metric tonnes (19.4 tons), according to a SpaceX commentator, were protected by a five times reused fairing during the ascent.

It's a visually odd term.


Saying it out loud a few times doesn’t help, fyi