Cable/internet/satellite rates: how much are you paying?

I’m still out, at least until the good weather is out. Hope those underwater cables weren’t important

So it was the octopus's fault?

Canada’s industry minister has directed the country’s major telecom companies to reach agreements on emergency roaming, assisting each other during outages and a communication protocol to better inform Canadians during emergencies.

Champagne made the announcement on Monday after a meeting with executives of the major telecom companies. The aim of the meeting was to “demand they take immediate action to improve the resiliency and reliability of our networks,” he said.

“The national outage of telecom services that millions of Canadians experienced in the last few days is unacceptable. Full stop. It affected people across the country, emergency services, small and medium-size businesses and payment systems,” he said on Twitter.

“Canadians deserve more from their providers in terms of quality and reliability of service and I will ensure they meet the high standard that Canadians expect, including improving competition, innovation and affordability."

The minister said the agreements between the telecoms companies on emergency roaming and other policies must be in place within 60 days. Emergency roaming would give customers the ability to switch to another carrier during an outage.

“This is very much similar to what the Federal Communications Commission did in the United States,” said Champagne in a teleconference with journalists on Monday.

The industry minister said this formal agreement between the Canadian telecom companies is just the first step.

I'd posit that the one day collapse of the entire Interact system, a vital part of the economy, was even more devastating than the loss of 9-11 service for Rogers customers.

Starlink is now active on all continents: Elon Musk

Why is it Alexa, not Alex? A century of hard-coded sexism in tech, experts say

Alexa, Siri, Cortana and other digital assistants are built on a century of seeing computers as women 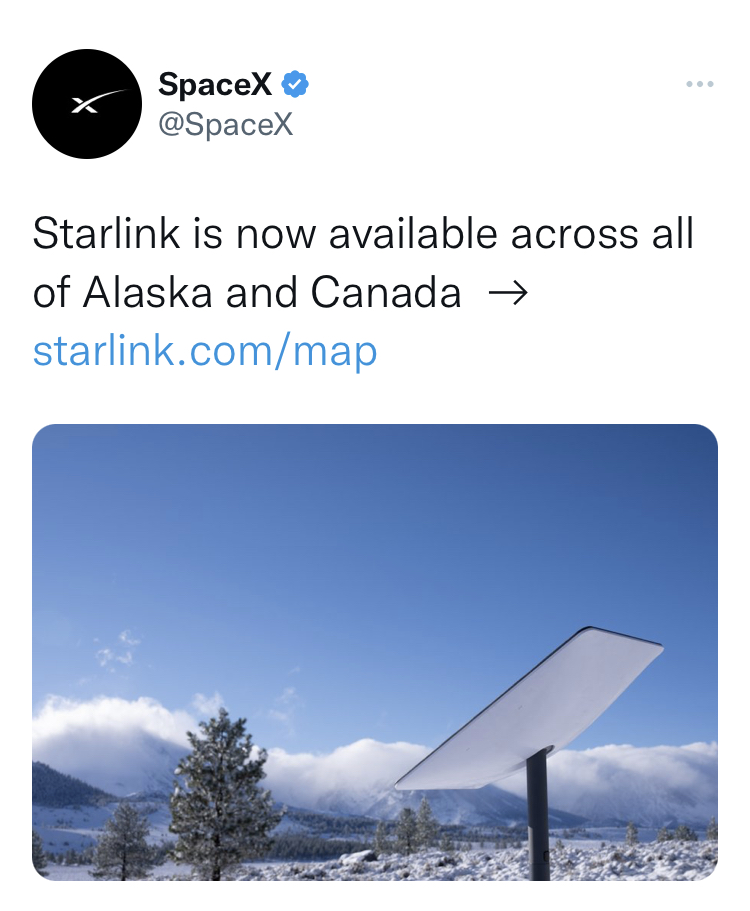 Why is it Alexa, not Alex? A century of hard-coded sexism in tech, experts say

Alexa, Siri, Cortana and other digital assistants are built on a century of seeing computers as women

Hmm I thought you could change many of these now to different voices and even different accents.

I expect to be accessing Starlink aboard the Celebrity BEYOND in just over 3 months. I'll report back my findings.

I'll report back my findings.

That will depend a lot on my upgraded beverage package.