The new, and varied, exterior cladding on Point Hope's southern building remodel is looking good!  In the first couple of pics you can see the original green wood trim and light blue asphalt tiles. 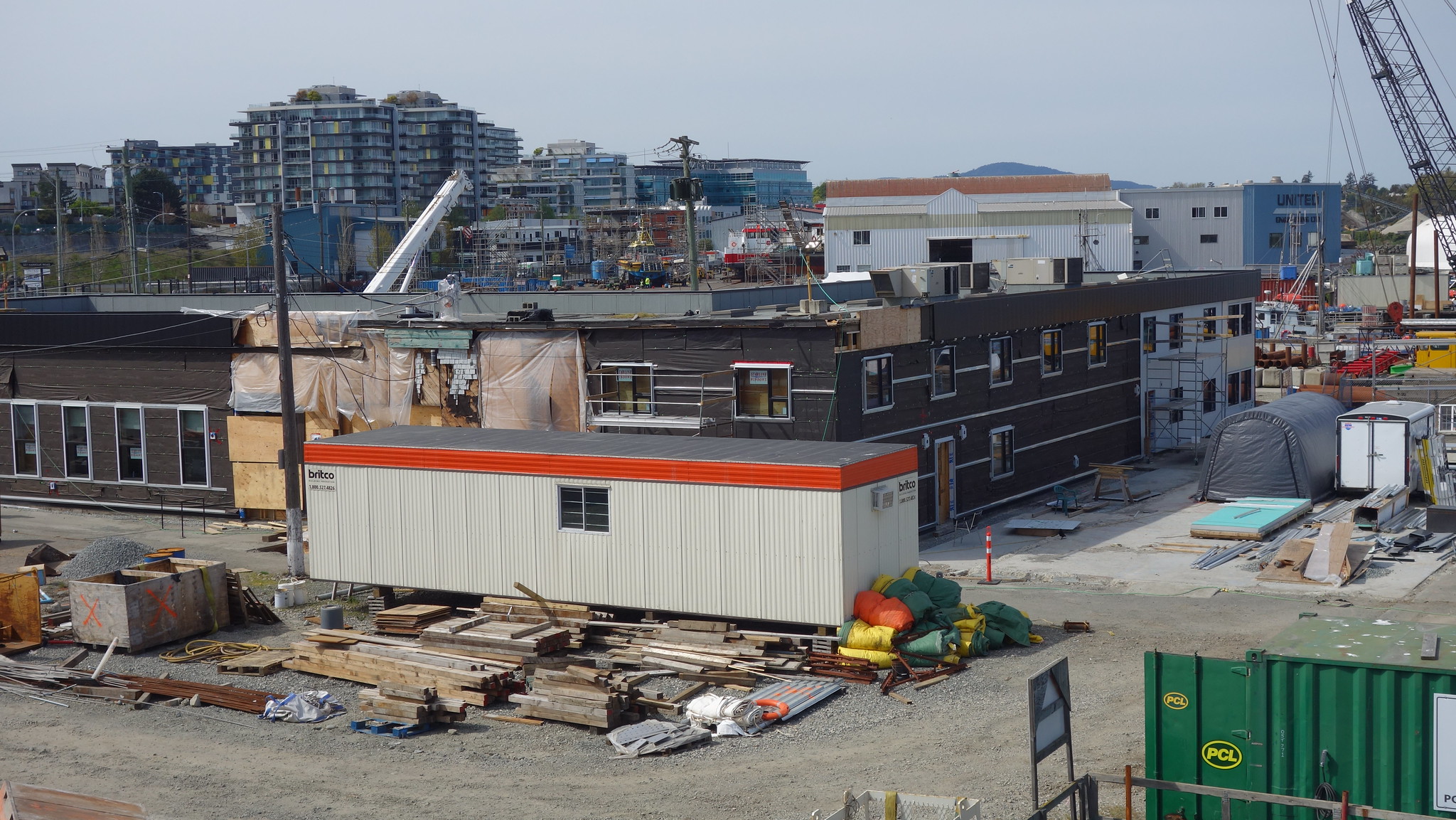 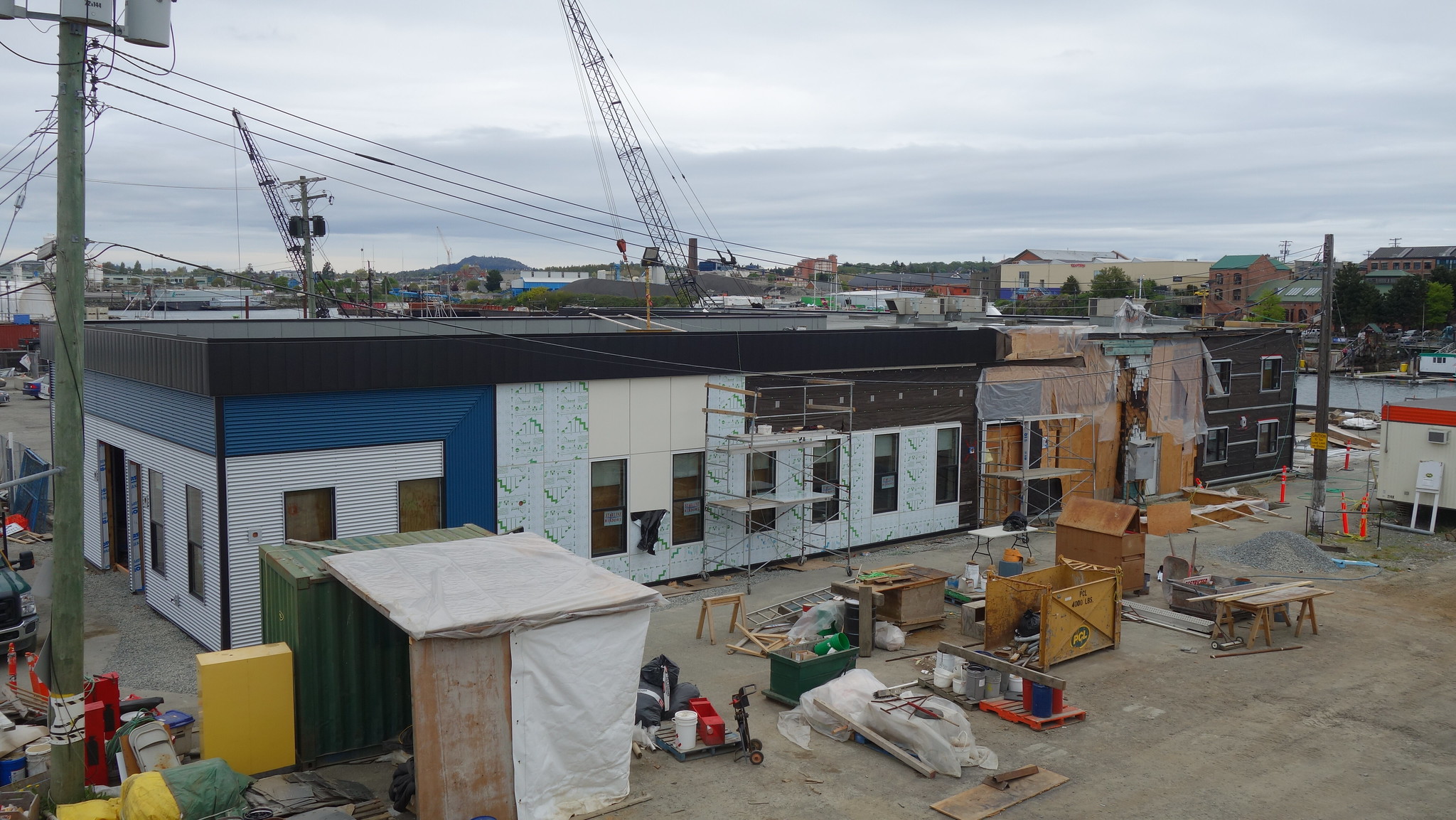 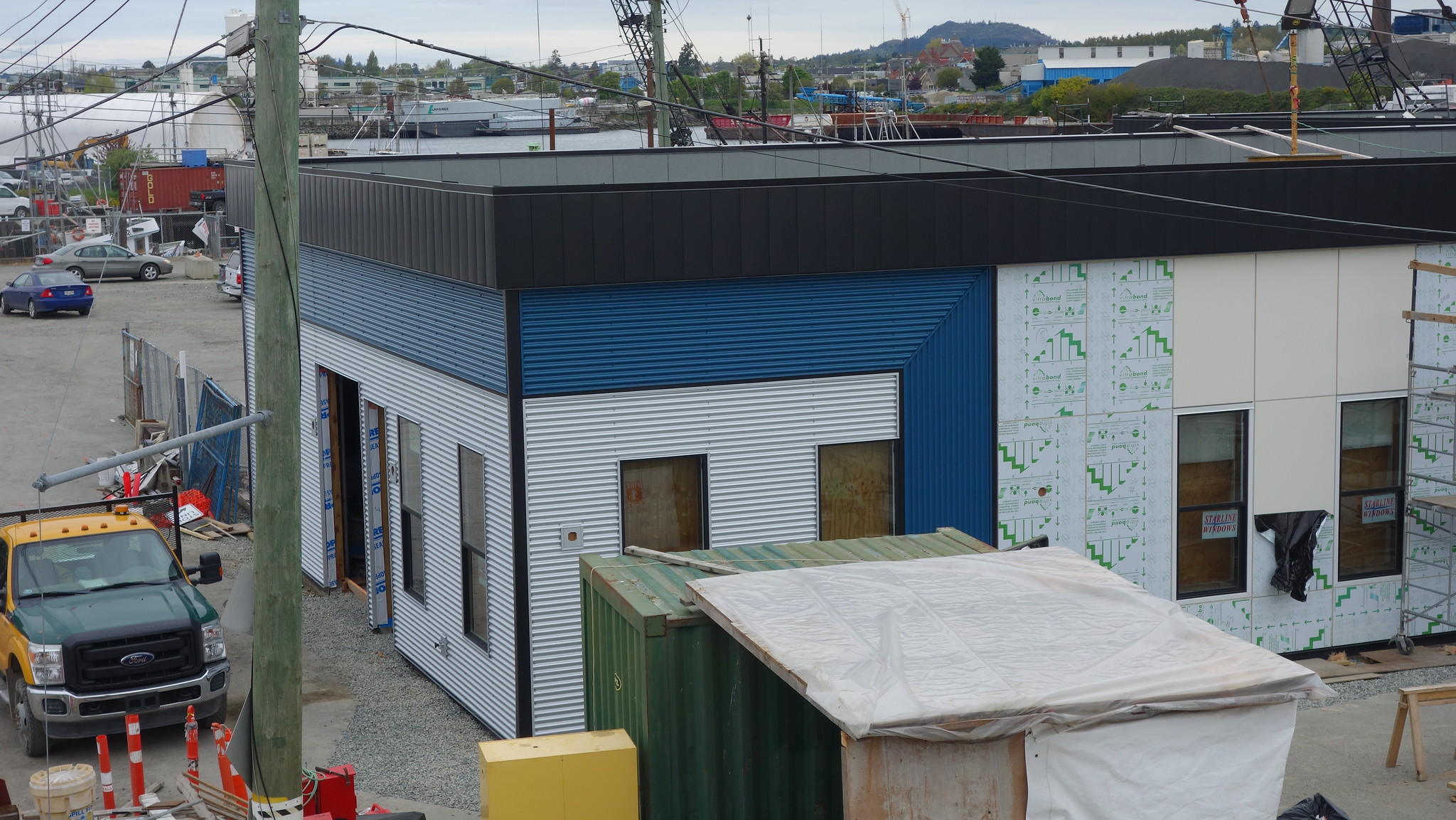 The Quadra Queen II in for service...

Geez, don't let it go so long between service intervals! 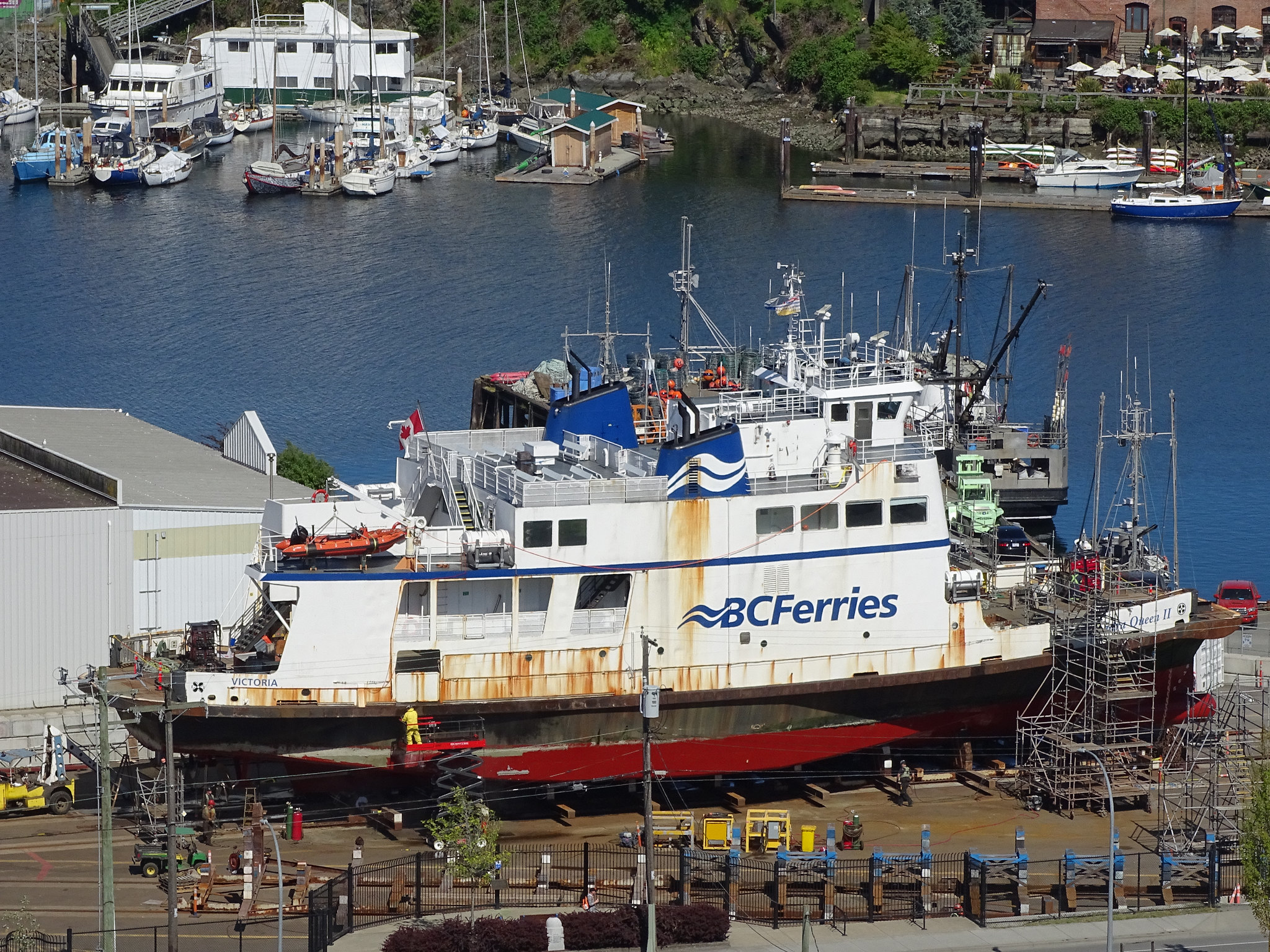 That little ferry is great. Just a little cosmetic staining.

^Should be good. There appears to be at least four big ship being worked on right now. A full house. 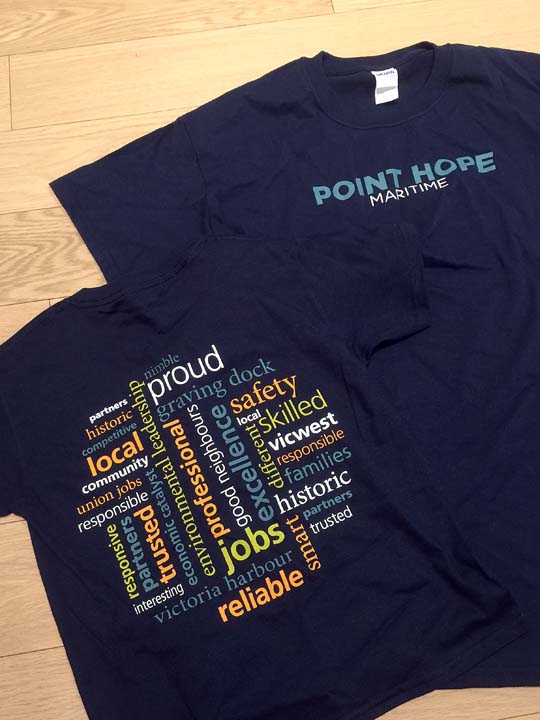 Something's up at Point Hope Maritime...

At first I thought it might be a cycling accident but the cameras are all turned into the shipyard.  What's going on? 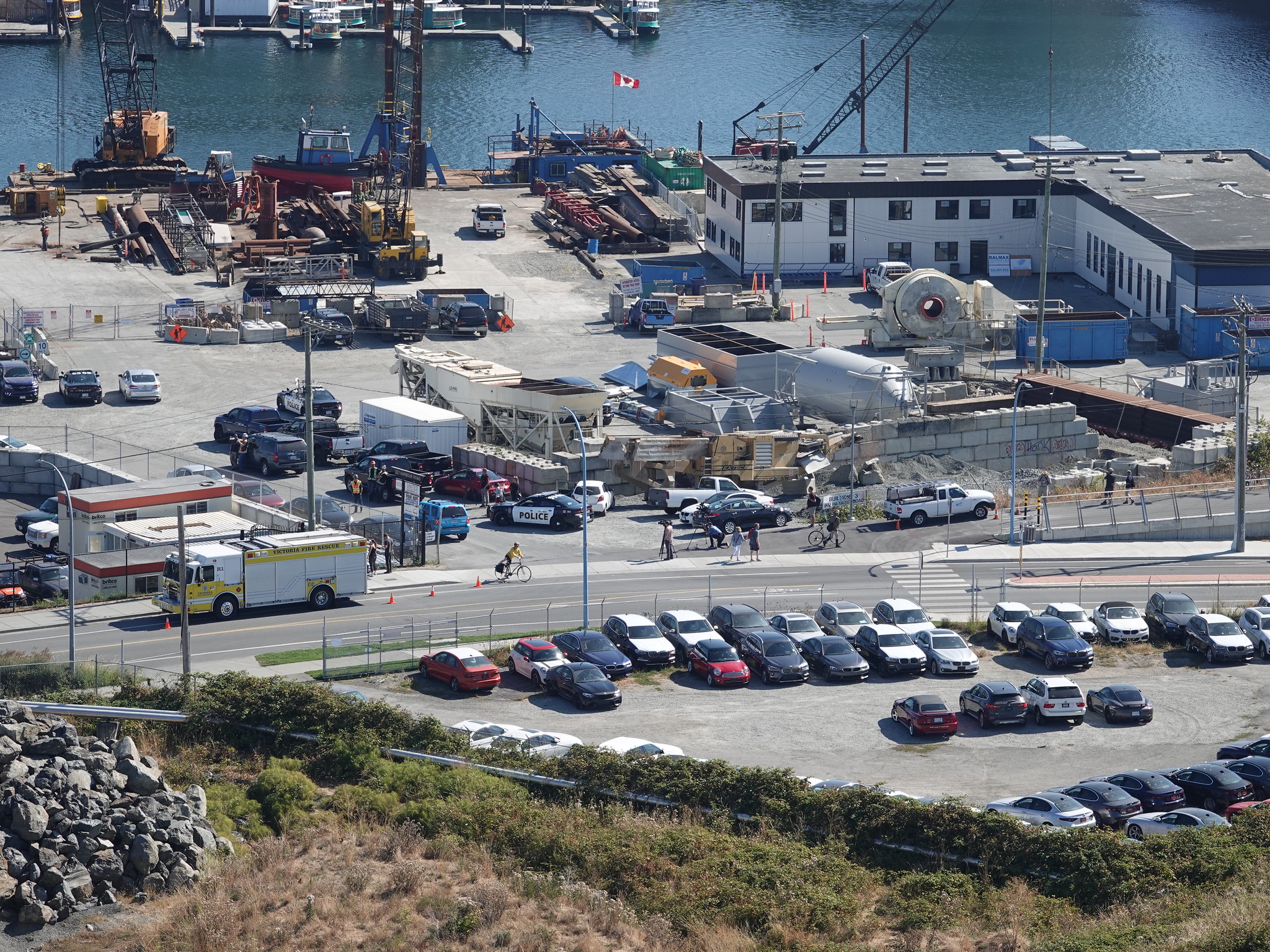 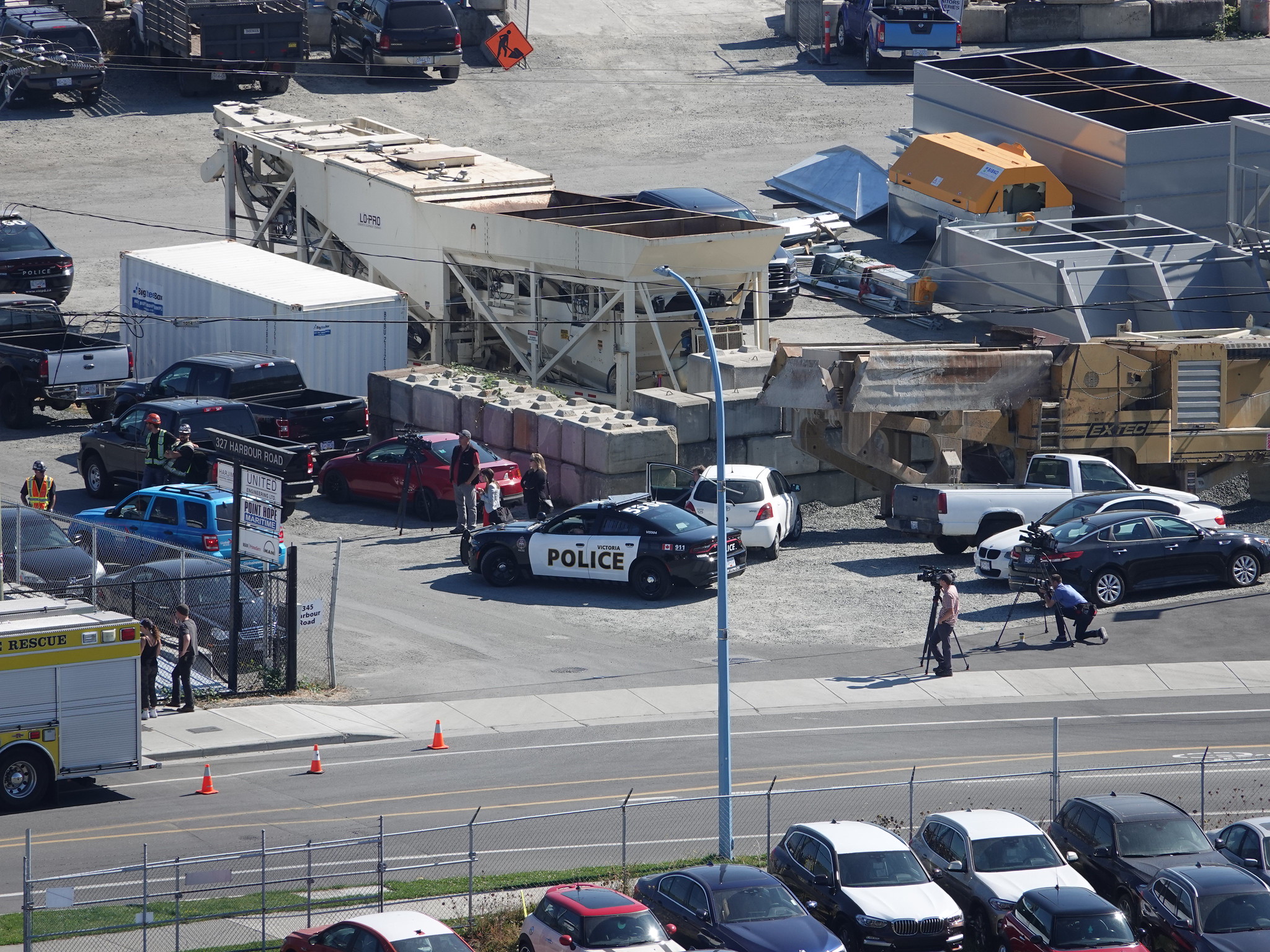 Protestors on a boat. 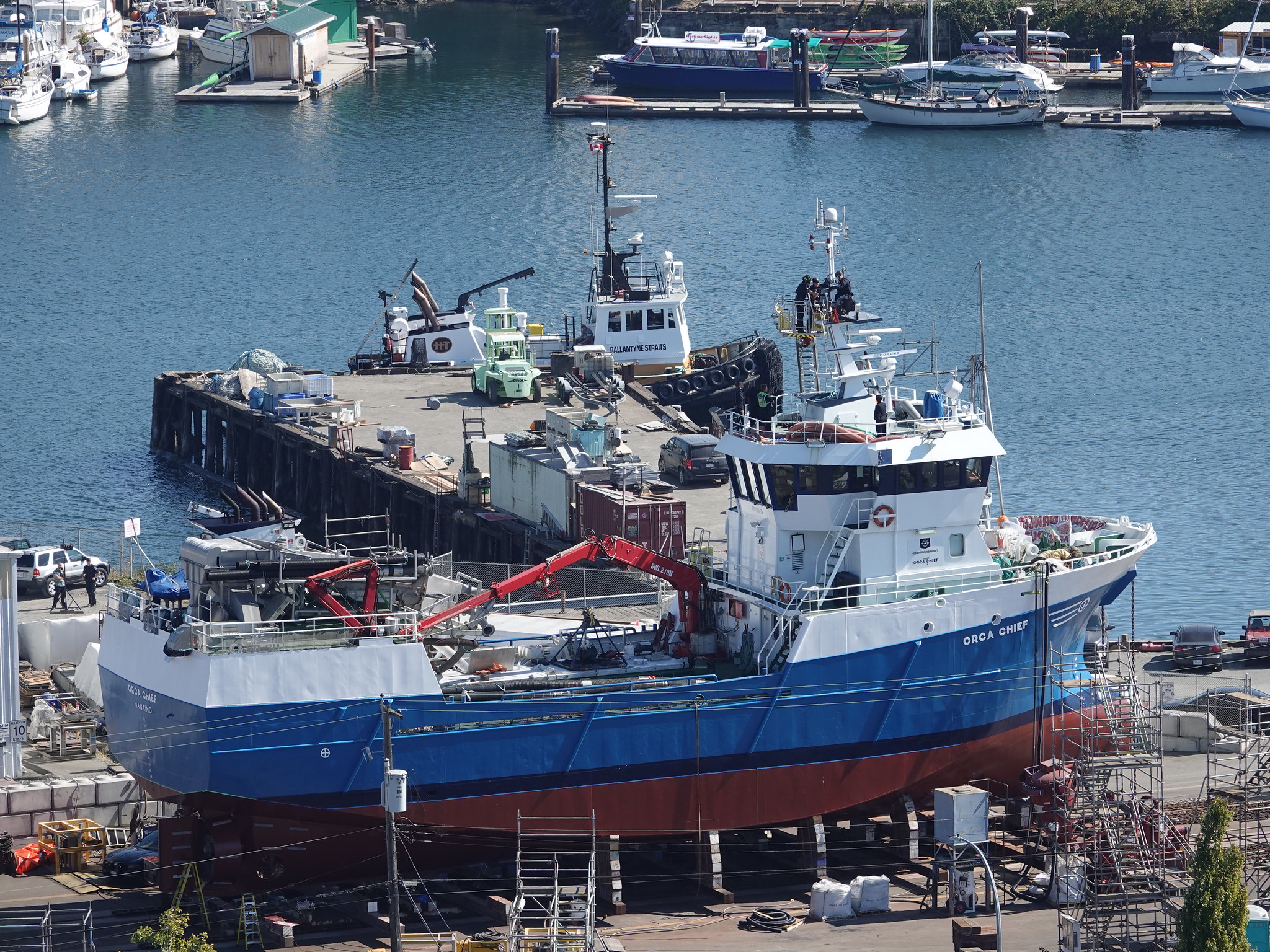 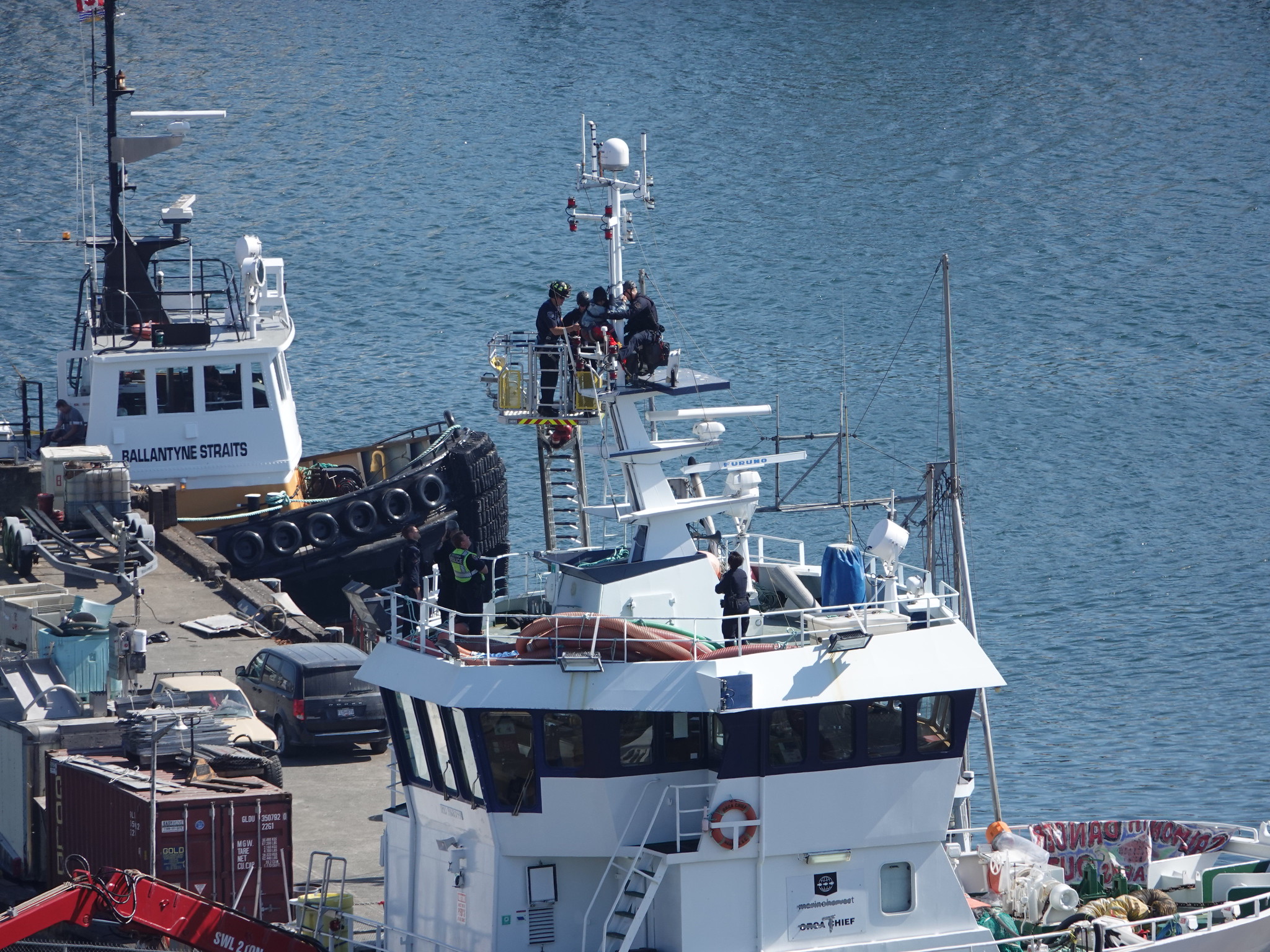 MV Orca Chief appears to be involved in delivering salmon to fish farms, which is likely why it was targetted by protesters. The vessel also performed a marine rescue of 16 people back in 2012 (link: http://marineharvest.../april-27-2012/)

I assume (or at least hope) most of these protesters would be fine with farmed fish from, say, a land-based fish hatchery. But those are just vastly more costly to operate than using a pen in the ocean.

I assume (or at least hope) most of these protesters would be fine with farmed fish from, say, a land-based fish hatchery. But those are just vastly more costly to operate than using a pen in the ocean.

That's basically the argument, yes. Does the argument align with demonstrable facts? I don't know. My understanding is there is a lot of theoretical risks associated with farming salmon in BC but we have very little definitive proof, even after years of studying the issue.

There's no doubt in my mind that the biggest threat to wild salmon is the reality that humans are eating too many of them.

Farming and more hatcheries are really the only long-term solutions for continuing to have a fishing industry in BC, in my opinion.

The Aqua Tromoey, a Norway registered fish carrier. One of the larger ships I've seen come into the yard.

Come on. Fish are so lazy now that they need to be carried around?

Wait, the graving dock hasn't been built yet... 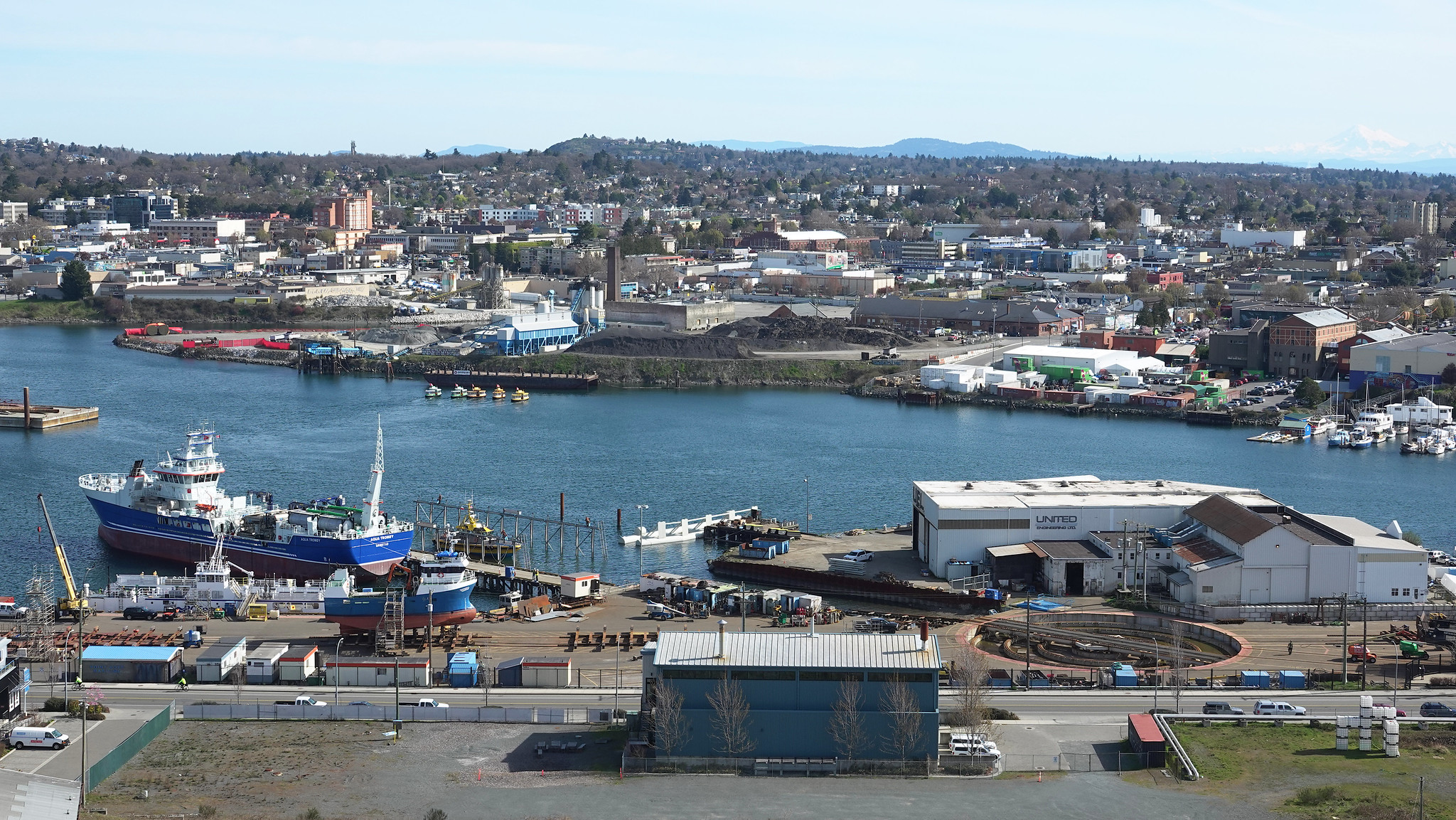 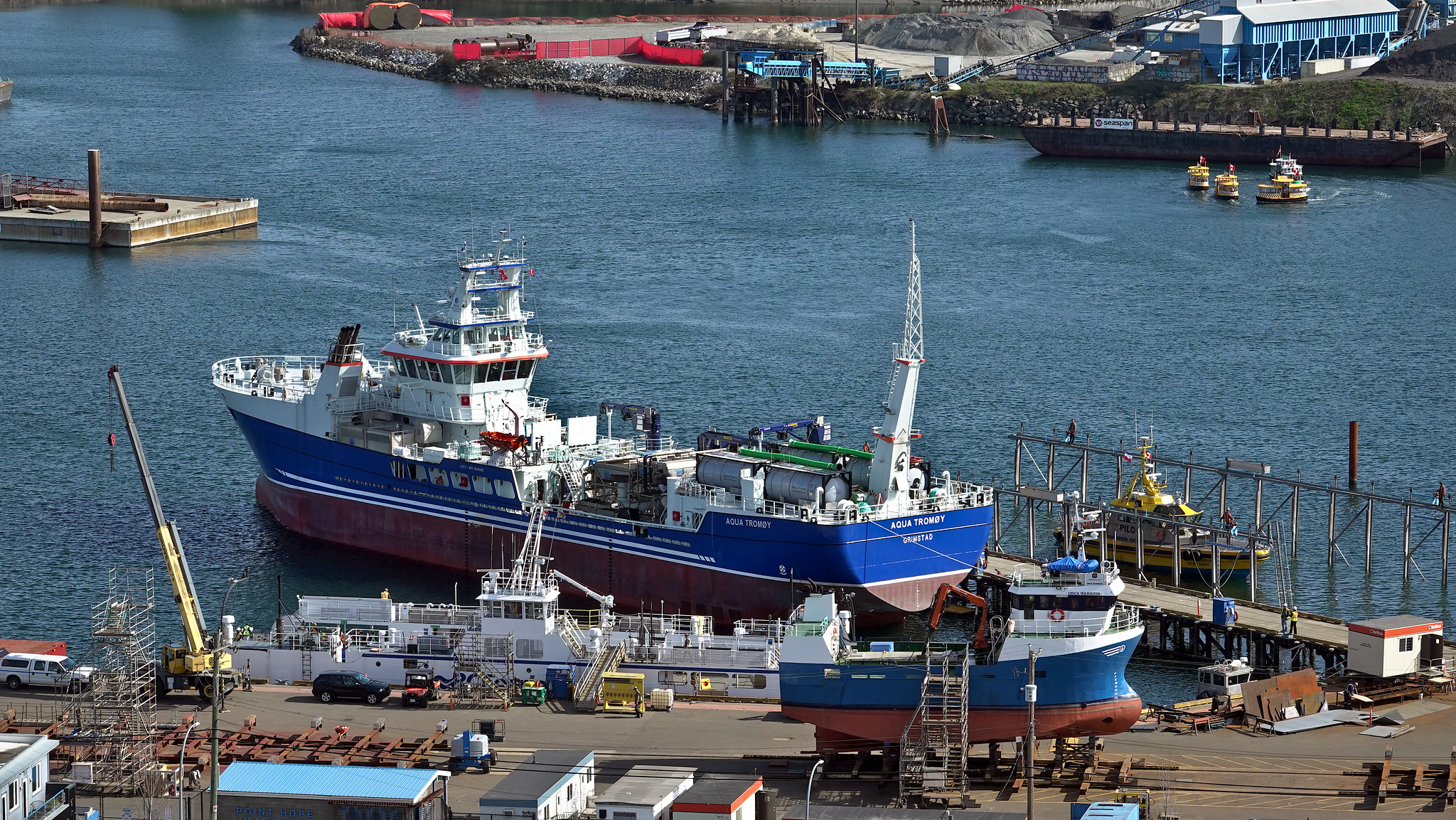 Turns out the ship is a giant aquarium for de-licing farmed salmon.