The US has authorized drilling in a part of Alaska the state has been trying to drill on for 40-years.

Guess which waters the oil tankers transporting that oil will traverse?

A new oil field that would increase Iran's proven reserves by about a third has been discovered, President Hassan Rouhani has said.

The field, in the south-western province of Khuzestan and about 2,400 sq km (926 sq miles) in area, contains 53 billion barrels of crude, he said.

Iran has been struggling to sell oil abroad because of tough US sanctions.

They were imposed after the US pulled out of a nuclear deal with world powers last year.

Construction on LNG plant in Kitimat has begun with 1000 workers on site. Christy Clark's LNG legacy.

The UN says it had no idea First Nations support BC’s energy industry, after calling for an immediate stop to three major energy projects on the grounds that First Nations do not support them.

In December, the United Nations Committee on the Elimination of Racial Discrimination (CERD) released a directive calling for three large-scale natural resource projects in British Columbia to be “immediately” shut down, including the Coastal GasLink natural gas pipeline that would feed into a massive export facility along the West coast. The project has signed benefit agreements with 20 Indigenous communities along its 670-kilometre route.

But in an interview with Reuters published Thursday, CERD chair Noureddine Amir admitted that the committee did not study First Nations views toward the project, saying he “did not know” that most communities supported it.

“We have Indigenous communities without fresh water & mercury poisoning” - Canada

700 nations are never going to agree on anything. why are we so stupid?

Are we still a member of that thing?

An ongoing labour dispute has resulted in multiple Unifor union members being taken into custody in Saskatchewan on Monday, including president Jerry Dias.

At least two other people were taken into custody while on the picket lines, including regional union director Gavin McGarrigle.

Blockades set up at the Co-op Refinery in Regina by Unifor members were being removed by tow trucks on Monday evening. The arrests began when a crowd stood near a U-Haul, preventing its towing.

It's unclear if charges have or will be laid.

The union blocked at least six entrances to the refinery as the latest action in an escalating labour dispute.

Greta is in the minor leagues compared to this girl. Ta'Kaiya Blaney is one of the protesters that filed (allegedly false) accusations of police brutality charges against our VPD. https://vancouverisl...otest-1.4788949 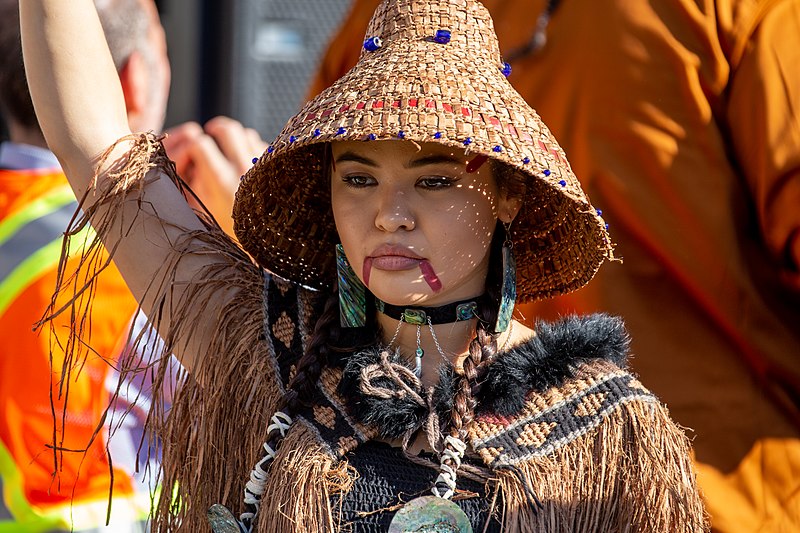 Ta'Kaiya Blaney has been at this activism business for years. She appears to be well backed, well funded, and not afraid to make false claims to further a cause. This is the girl at the centre of the conversation that Al Farraby upset Ben Isitt with.

Del Manak fell right into her their trap.

Victoria Coun. Ben Isitt attended the scene of the arrests the following day to lend his support to the cause of the protesters. He said he believes Victoria police did use excessive force in their arrests.

"I think police used excessive force, to be honest" Isitt told CFAX 1070 on Jan. 22, the day after the arrests. "I think it was an unnecessary use of tax dollars – our finite resources – on policing."

"I think police used excessive force, to be honest" Isitt told CFAX 1070 on Jan. 22, the day after the arrests. "I think it was an unnecessary use of tax dollars – our finite resources – on policing."

I feel that comment is out place and in conflict for Isitt to make.   As part of the government of the city is it right of him to call into question the decisions of people that are paid by the city?   I can see it being down when council is in camera but not in public to the media.  He is expressing a lack of confidence and that is at a minimum ethically wrong.

There are people in our community who feel the protest at the government building was intended to bait VicPD into a forceful removal of protestors. But Manak says his officers were kicked, pushed and fielded race-based comments.

For councillor Isitt to make no formal statement in relation to the safety and wellbeing of his city's officers, while claiming they "used excessive force," after claiming that police routinely use excessive force during protests, is interesting.

The appeal against the second Trans Mountain approval has been dismissed by the Federal Court of Appeal. An interesting tidbit from the decision is a note that 120 of the 129 First Nations consulted either supported or "did not oppose" the project. via https://www.cbc.ca/n...ntain-1.5450748

At least one person has been arrested on traditional Wet'suwet'en territory, protesters say, one day after RCMP said they were ready to enforce an injunction order against protesters of the Coastal GasLink pipeline.

Protesters said more than a dozen RCMP officers moved in past the police checkpoint around 5 a.m. PT Thursday. At least one person was arrested at kilometre 39 — one of three camps built by supporters of the Wet'suwet'en hereditary chiefs —  on the Morice Forest Service Road, Gidimt'en clan spokesperson Molly Wickham said in a Facebook video.

Collins just tweeted: Dialogue and respect for Indigenous rights is the way forward, not violent police intervention. The RCMP needs to stand down. #Wetsuweten

The problem is that the Office of the Wet'suwet'en is a second level of Indigenous government for the Wet'suwet'en, one that it trying to work with pre-contact structures.   It is a complex and difficult relationship between the two levels of Wet'suwet'en governance.

UPDATED: Demonstrators settle in ‘for the long haul’ at BC Legislature, RBC bank

this is what happens when you create a dependency class.  i suspect that every single one of these protesters receives monthly government support/assistance money.