Like me it is old. Things were done differently a hundred years ago,

Is it designated heritage?

I had a childhood friend who grew up in a mansion like that, always a trip to visit his place when everything else I knew was 1960’s Gordon head special.

It is designated heritage but eventually when I sell i suspect that some developer will have an accidental fire. Seems to happen to a lot of the heritage houses that were on larger lots. My wife is tired of the downtown shitshow and the druggies that are floating into our area. Time to move.

A study out of NYC suggests luxury apartment projects lower the value of nearby houses and depress rental rates.

I’m not sure if that’s a positive or negative. Won’t that just feed into the talking points about density lowering adjacent property values, and affecting nearby homeowners while making economic conditions better for developers to buy up adjacent lots for less?

Something to ponder here. And maybe Victoria isn’t a good example as there is so little developable land and demand is so higher for all property, but if this finding is sound and the research universal, what does that do for debate between proponents of density and nearby property owners?

November was the second month in a row where listings fell. Down from 2,300 in September, to 2,111 in November.

The verdict is sellers aren't willing to sell at any price, by and large, and would rather pull the listing than drop the price too low. It's interesting, as Marko lays out, with the current tug-of-war between buyers and sellers (both expecting the market to improve for their side next spring). 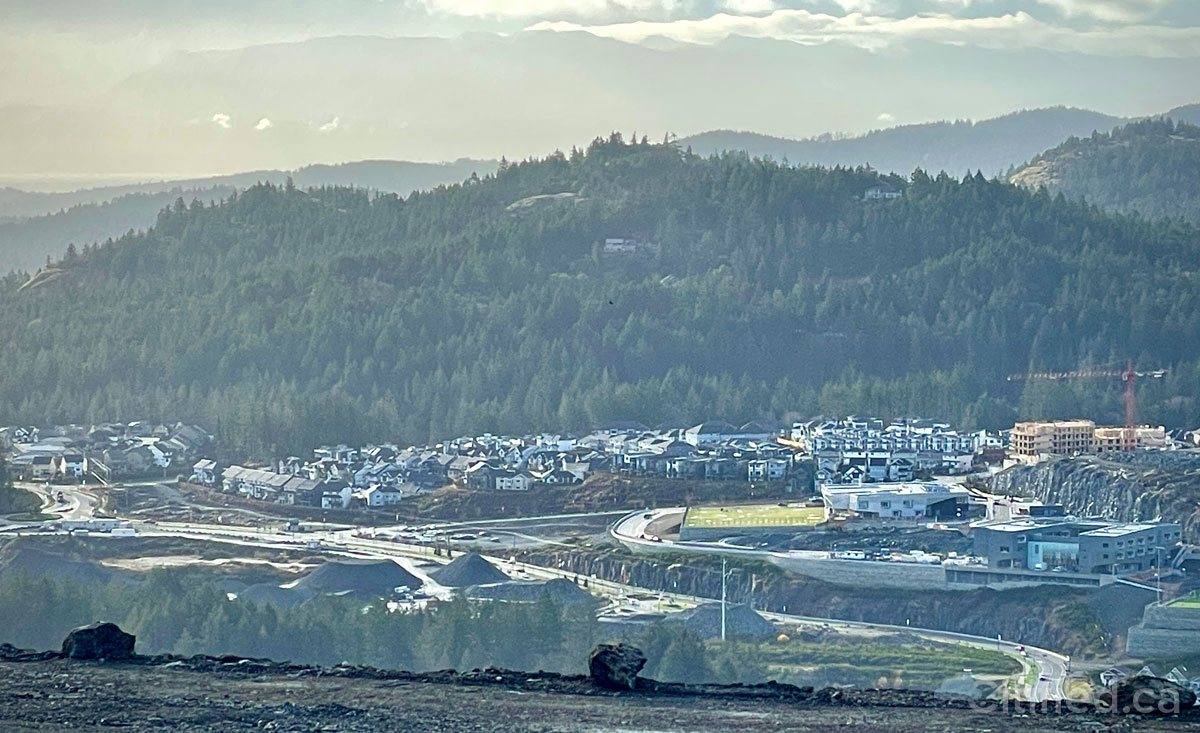 New homes are under construction at Langford's Westhills community, as seen from Bear Mountain Parkway on South Skirt Mountain. In November, the pace of home sales slowed as a tug-of-war scenario between buyers and sellers takes shape ahead of winter.

Know it all.
Citified.ca is Victoria's most comprehensive research resource for new-build homes and commercial spaces.
Back to Victoria and South Island Economy