76 replies to this topic

They expect to keep retail but eliminate all parking?  I dunno.  Somehow I think this might not end up the way they plan it now.

Substantial parking is being built underground...

Is this part of the addition as well? 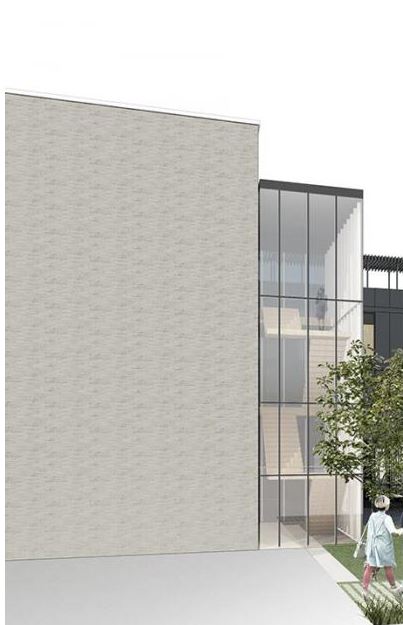 It looks sort of blank and institutional.

Edit: I realize now that the above is the south facade and not the east.

Just as a reminder, this is what the back (east side) of the Scott Building currently looks like.

I worry about the safety of Mickey Mouse shirt woman riding down the centre of Hillside.  Bikers making bikers look bad.

Substantial parking is being built underground...

From an earlier post:  * The project will provide 91 residential and 46 visitor/commercial parking spaces in the underground parkade.*

I'm surprised they attached the new development so far back. It's nice that they create a little sidewalk courtyard but I thought they would be more likely to join it at the blank wall, creating more of a street wall and retaining the windows for a light well. Looks like the east-facing Scott users lose a lot of natural light.

I worry about the safety of Mickey Mouse shirt woman riding down the centre of Hillside.  Bikers making bikers look bad.

Too late. Note the translucency. She's a ghost. 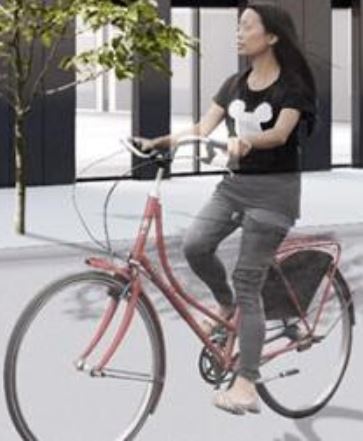 Covering over the ground floor of the old building seems like a terrible idea. Is Victoria turning into Detroit or something? I realize that much of the ground floor is covered over now, but the goal should be to go in the other direction and add some windows back, not to make it all permanent. Back in the day there were display windows along the entire Douglas Street side.

And do they really plan to remove the cornice? Honestly, if it's the actual original cornice then that would be bonkers. Why oh why does Victoria not have heavy incentives for maintaining and preserving such elements? (The cornice element isn't a reproduction or anything, right? If it's a replica then I suppose I could understand it, but if it's the original then I'm dismayed.)

In my opinion the materials/styles/colours used in the new construction should not be carried over onto the visible faces of the old building along Douglas or Hillside. Not even one bit. I think doing so would be a big mistake. When they added new construction on the back of the Hudson did they alter the Douglas Street face of the old section in order to make it jibe? Of course not. Not only do you not need to do it, you shouldn't even want to do it. Just because the old part and the new part are joined doesn't mean they have to look the same.

I hope so but jeez. That would ruin the building. Why even save it? They'd be better off just starting fresh. The Scott Building was completely renovated, what, 15 or 20 years ago? 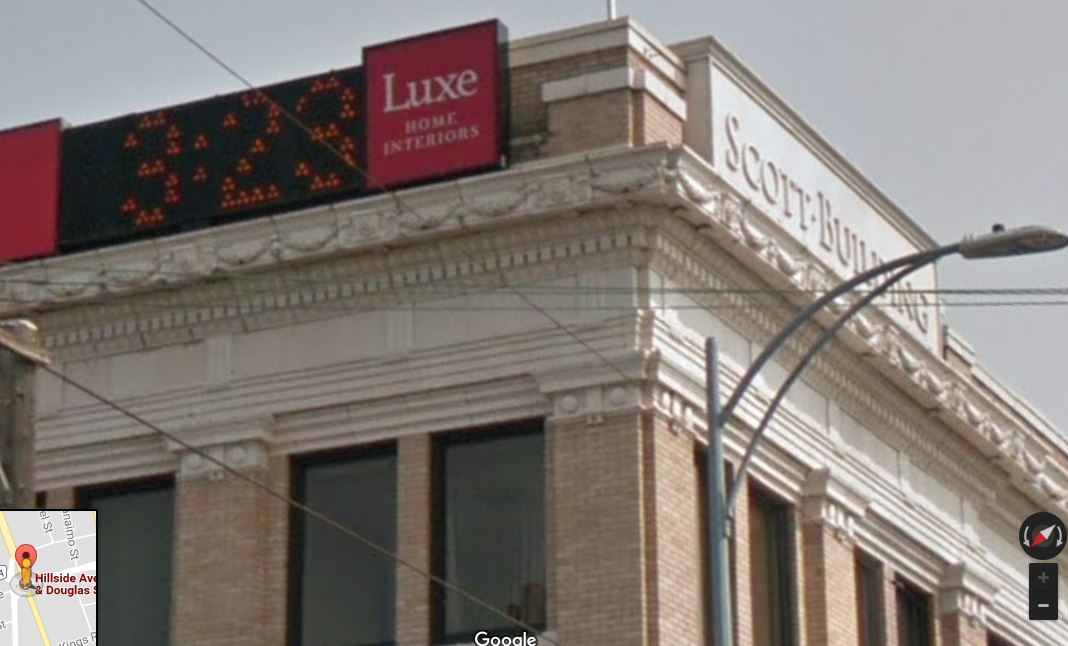 Covering over the ground floor of the old building seems like a terrible idea...And do they really plan to remove the cornice?...

Hopefully pressure will be put on the developer to restore rather than cover over the ground floor level. And yes, assuming the cornice is in good shape it should be retained.

The NE corner along Hillside needs some work. There's altogether too much solid wall here. 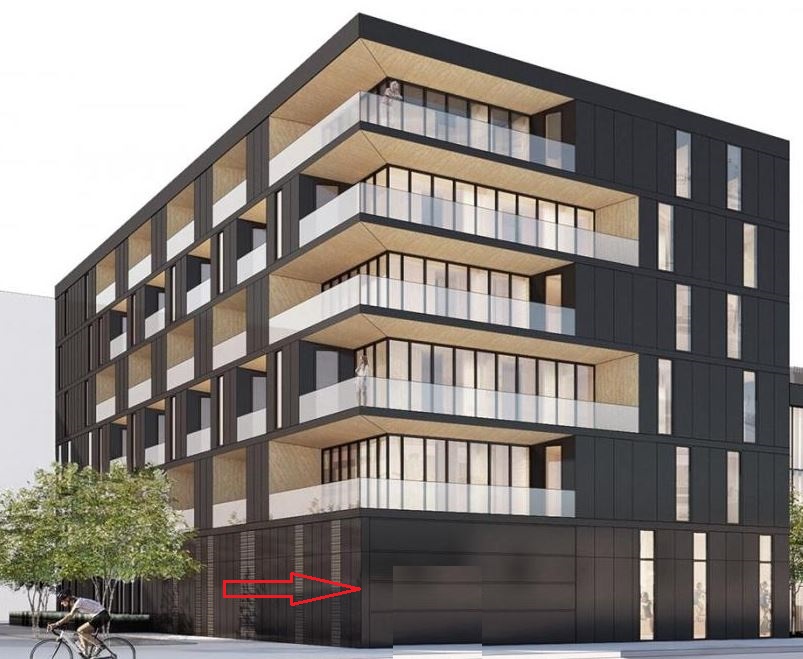 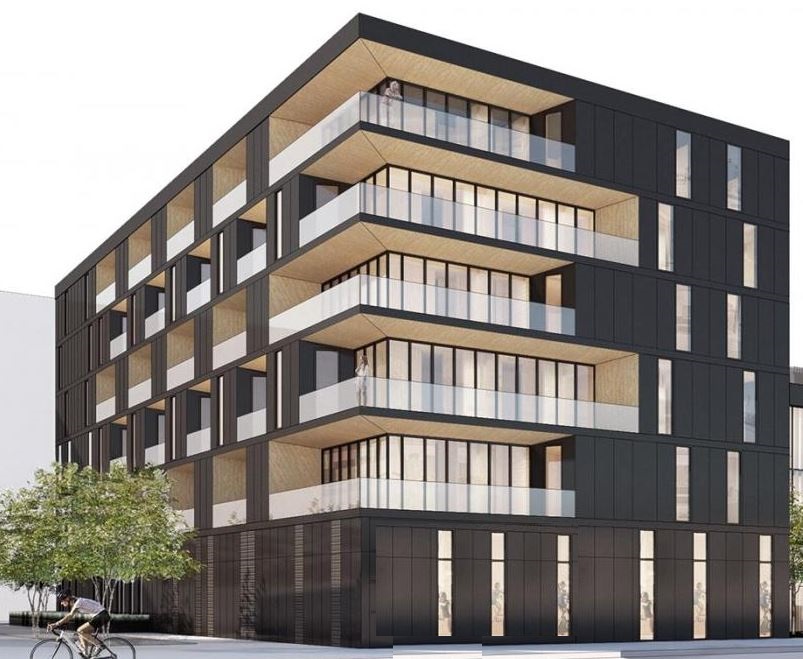 I think this cropped detail suggests that the cornice will be preserved. 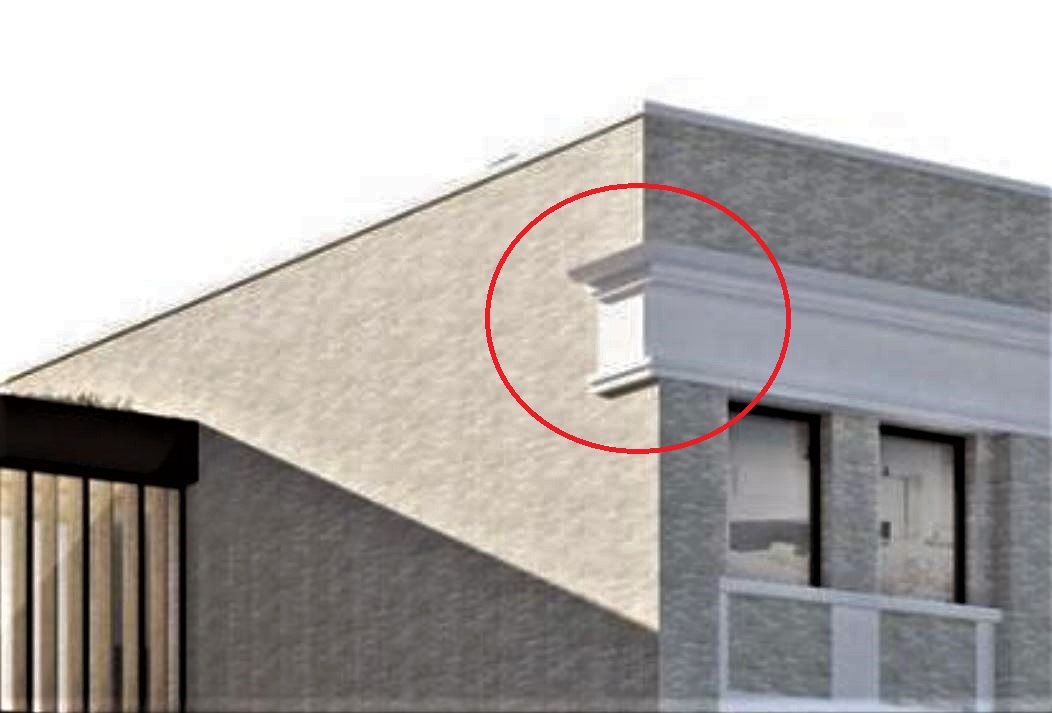 I thought that spot was a vehicle entrance.

I also feel like they need to break up that cladding a bit on the new construction. It's monotonous. Maybe have a silver/aluminum-ish tone on the ground level

And do they really plan to remove the cornice? Honestly, if it's the actual original cornice then that would be bonkers. Why oh why does Victoria not have heavy incentives for maintaining and preserving such elements? (The cornice element isn't a reproduction or anything, right? If it's a replica then I suppose I could understand it, but if it's the original then I'm dismayed.)

Why does it matter to you if its the original or a reproduction of an original cornice? Isn't the point that it's there and it looks nice? Why should it matter if its 80 yrs old or 50 yrs old?  Given that, would you be against buildings built today that would include a cornice style from a century ago?

If the cornice is not genuine and looks nice then you want to preserve it because it looks nice.

So the stakes are higher in the former situation as versus in the latter.

I think I've elaborated at length on this board about high-quality "faux" stuff and how I like it when it's done very well. In Victoria I'd say the shining example is the Sticky Wicket addition beside the Strathcona Hotel building. Most people don't even recognize it for what it is.

If they wanted to replace the Sticky Wicket addition would I be bummed? Yes, because I like it and I like its presence on that particular corner. Would I understand that it isn't irreplaceable, since it isn't actually genuine? Yes, I would understand that another building that looks just like it could be built on a different corner.

If I put a Ferrari kit on top of a Honda Civic would it be as precious as the genuine Ferrari?

Obviously it gets murky if you happen to have strong personal memories of the Sticky Wicket or the kit car or the Scott Building's cornice. But when we're collectively trying our best to make a half-decently objective assessment of things, and when we're collectively struggling with that balance re: paying heed to preservation and history while also allowing things to turn over and go forward, then I'd say authenticity is very relevant.

But I get your point all the same.

If the cornice is recent, it's probably fiberglas like the one on the Carlton Plaza. But I don't recall it ever being missing  so I'm sure it's genuine.

I’m not a project costing expert but if they have to seismically upgrade the old building I’m not sure they get enough return here.

If you asked people today where they’d love to live, Douglas, Hillside, Gorge and Government would not be high on many lists. It does not have the appeal of the old Hudson Bay conversion.