80 replies to this topic

What in this neighborhood makes the case for high rise housing? Why is the narrow gap between two highways the best place for a mass of people to live?

Douglas has buses that go to every part of Greater Victoria.

The fact that there is almost no SFDs in this strip is also what makes it best suited for high-rises.   When you already have a highrise, not that many people complain about another one next door.  (Just ask Mondrian owers lol)

Yet another concept here...

You could say that this project is actually in keeping with the D'Ambrosio visions above, since Douglas is shown as being more lowrise than highrise in those images.

For me it's just very self-evident that this area is the heart of the city, the line that connects downtown with Mayfair with Uptown. It will all merge to become the extended "super downtown" eventually whether we like it or not. It's the space that will make or break visions for more effective transit, possible mass transit, a thorough and complete bike lane network, etc. If we have 5- or 6-story buildings in the neighbourhoods (which we do, and have had for decades) then it shouldn't be too hard to understand why 5 or 6 stories on this site strikes many of us as seeming like not very much. The old brewery building on Government must have been about as tall if not taller than this project, you think?

But hey, you have to start somewhere. The ball needs to get rolling.

...But hey, you have to start somewhere. The ball needs to get rolling.

I whole-heartedly agree. Given Victoria's predilection for NIMBYism, I fear that shorter buildings here will only likely beget short buildings for the foreseeable future (not that you were saying different).

I'd like to see the urban planning credentials of posters who make statements like this. What in this neighborhood makes the case for high rise housing? Why is the narrow gap between two highways the best place for a mass of people to live?

This proposal is 1,000,000x better than what's there currently and is a huge improvement to the neighborhoods character.

I didn't realize one needed to prove their bona fides to express an opinion on a local messaging forum, Herr Kommissar.

Corey likes something to do with cars.  Hell froze over?

I think Mike K. mixes up his aliases sometimes.

Corey likes something to do with cars.  Hell froze over?

Pretty much. I like my cars well contained and in a pedestrian-friendly environment.

This received unanimous support at the Burnside Gorge CALUC meeting. 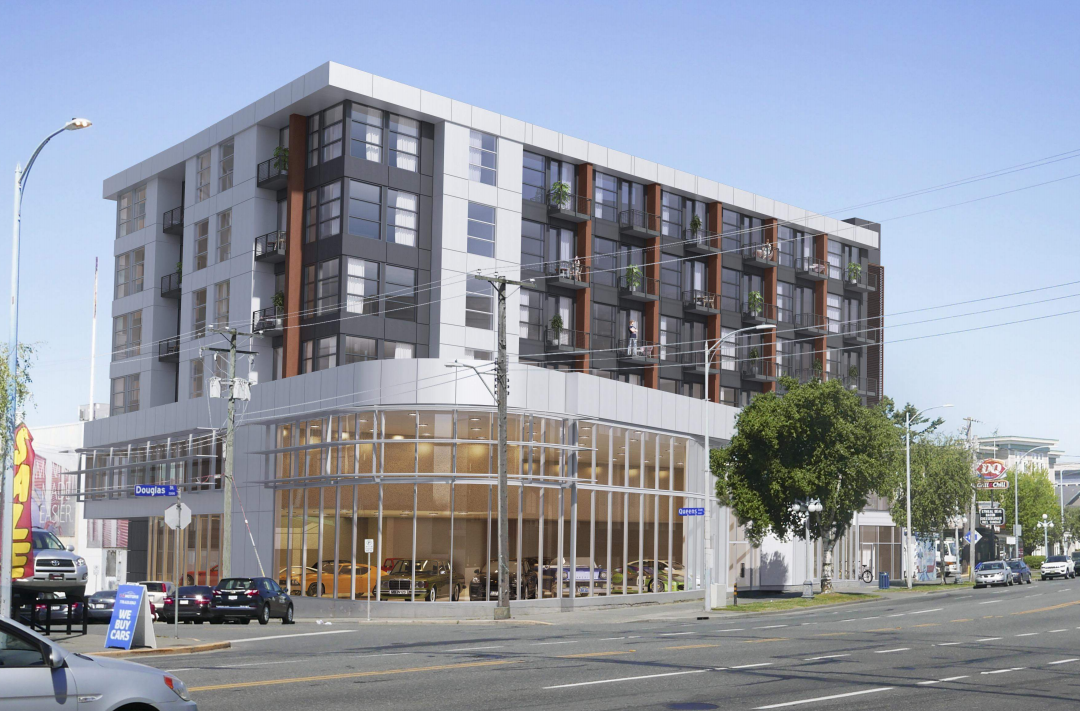 ^ This is how all dealerships should be required to be built along the Douglas corridor. Nothing short of mixed-use.

Nice,  now do the same with all the cook st dealerships.

^ This is how all dealerships should be required to be built along the Douglas corridor.

You mean like the three-storey Toyota dealership going into this building in downtown Vancouver? I agree, but these 6 storeys, 4 being residential (and 17 units being supportive) is miles better than anything else we've been given. Hopefully this can set a precedent and we only go up (literally) from here.

Nice, although I still think an additional level on top but set back a bit would be better.

...Hopefully this can set a precedent and we only go up (literally) from here.

This is Victoria. If the precedent is set at 6 storeys now it will likely only go down from there in the future.

New drawings were submitted in January, and are on the Dev Tracker. https://tender.victo...Number=REZ00665

Notable changes to the retail podium, which now has a curved glass wall and appears to have abandoned the car dealership. Not sure if Silver Arrow has been dropped, or if the revisions are simply to make the intended purpose more vague/generic. I have seen it before where staff have asked architects to use more general terms, as getting specific implies that whatever is proposed will be the guaranteed use of the property. If you just write "CRU," then whatever you put in there is your business, not Council's (pun very much intended). 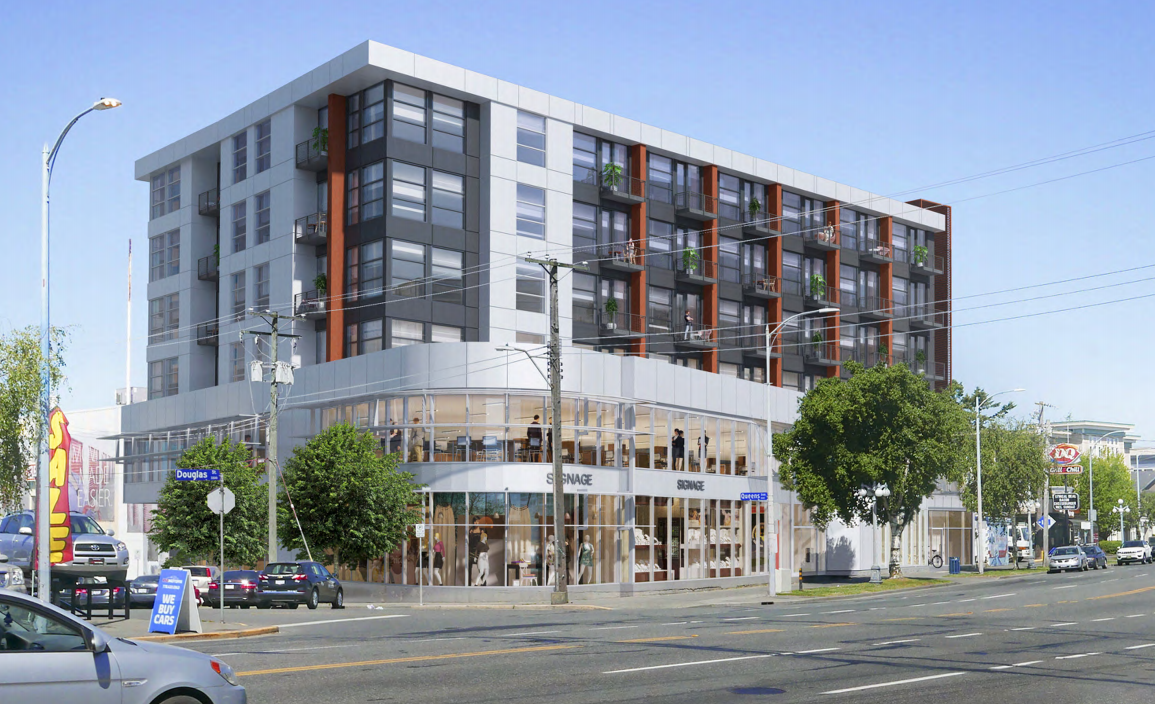 ^ Another notable change: strata apartments, with 10% affordable units through a housing agreement.