What streets are these in Victoria?

This 1935 Movie filmed entirely in Victoria is a fine example of zenophobia.

The film was set in Vancouver but filmed in Victoria.

the actor are almost all white but with some bad makeup jobs are made to appear Chinese.

The Chinese Consulate was not happy with it and appealed to the Government to ban it.

The Victoria Police raided the theater where it was playing and confiscated it.

The BBC made the film as with today in Canada the BBC was required to produce films made throughout the British Commonwealth.

the films were known as quota quickies to fulfill the BBC requirement.

It has a some good views of Victoria from 1935 however the quality is lacking with dark images but you can still see some recognizable street scenes in the area.

^ 20:53 old telegraph office at NW corner of Government and Broughton???

That looks like Government at Chatham with Capital Iron in the background.

That looks like Government at Chatham with Capital Iron in the background.

Whoops. I almost missed that bit of stunt driving, too. 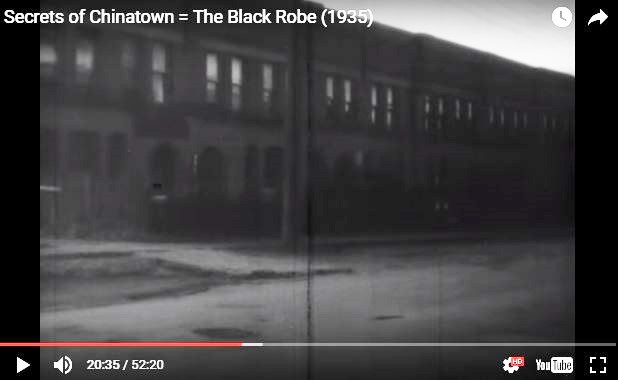 I'll be darned. Even that old place looked pretty good back in the day. As always, check out that original ground floor.

Imagine a restoration of the exterior & the ground floor and adding a level or two on top. It would be like gaining a brand new historic building. The impact of this sort of thing would be huge, I think.

Something like what they did with the Swans building.

That entire block could be awesome. The motel building needs to go.

soon to be torn down

The city of Victoria's unofficial motto.

From the JSB thread, yet another lost streetscape that would be gold today. 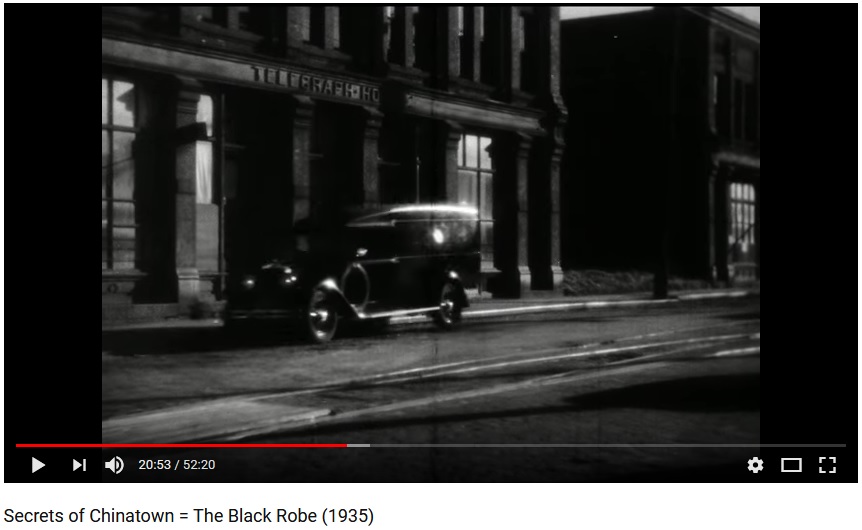 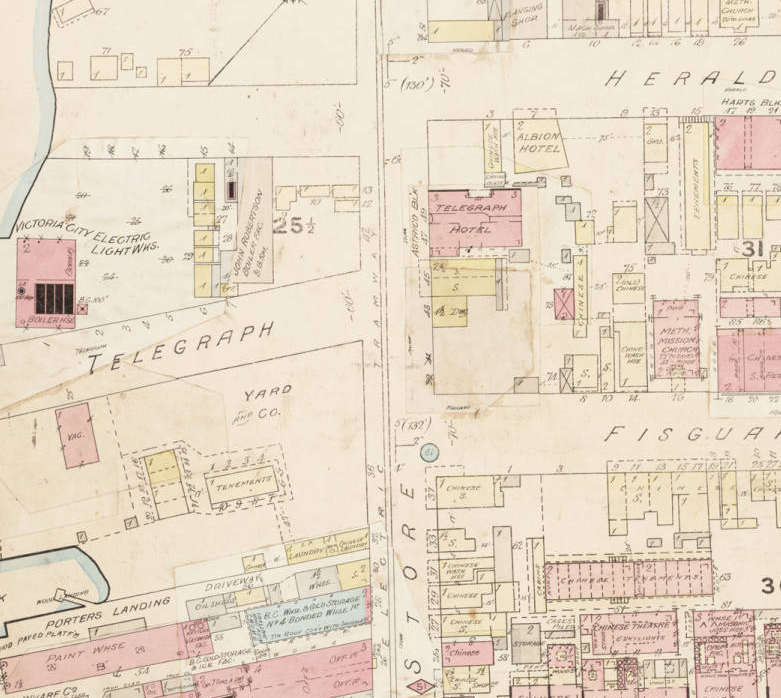 The story of Victoria’s Chinatown — from the head tax and other forms of racial discrimination to resilience and economic prosperity — could soon be immortalized in a museum.

The provincial government is working with the City of Vancouver to establish a Chinese-Canadian museum in that city’s Chinatown, but it’s likely that smaller satellite museums will be established in cities across B.C., including Victoria, home to Canada’s oldest Chinatown.

“Obviously Victoria is key in all of this, as we are the oldest Chinatown in Canada and the second oldest in North America,” said Alan Lowe, a former Victoria mayor and member of the Chinese Canadian Museum working group. “Even though Vancouver has a larger Chinese community, Victoria has a lot more history.”

Chinese history in B.C. predates Confederation. Chinese immigrants first arrived in Victoria in the late 1850s, lured by the gold rush. In the 1880s, tens of thousands of Chinese men came to B.C. to work on the Canadian Pacific Railway, doing hard labour for just $1 a day.

The working group is gathering feedback from stakeholders and will report back to George Chow, minister of state for trade, by the spring, Lowe said.

The public can weigh in on the province’s plans for Chinese-Canadian museums by visiting engage.gov.bc.ca, which is conducting public consultation until Jan. 4. A public hearing in Victoria will take place on Jan. 26 from 1 p.m. to 5 p.m. at the Ambrosia Conference and Event Centre at 638 Fisgard St.

If the museum ends up going in a new building I bet a donut that the ground floor pays no heed whatsoever to its uniquely urban Chinatown context.

Interesting the image above shows Fisgard spelt as "Fisguard". Did the name change or did they just get it wrong? I also swear I've seen old maps with "Blanchard Street" as well but I could be mistaken.

We've talked about the name game before but I don't know if anything has ever been fully clarified or resolved (which is definitely uncharacteristic for this board). "Blanchard" still makes appearances in stuff even today.

Have fun exploring this one, then! It includes: Blanchard Street, Gorden Street, Fisguard Street, Courtnay Street, Bellville Street, Straits of Fuca, and Road to Sannich.