39 replies to this topic

I have traveled a bit and seen plenty of incredibly unhealthy and abused horses, ponies, donkeys and even camels. I'm not a veterinarian, but the horses that pull carriages in Victoria look incredibly well taken care of and extremely healthy.

I don't really care either way whether we have horse drawn carriages or not, but I am certain that the war against Tally Ho in Victoria is ridiculous. Of all the injustices in this world, that's the one you devote your time to? C'mon...

Whoa something we agree on.

I saw just now that he got into rather the bun fight on the Vegans of Victoria FB group.  Extremely defensive and dismissive of any criticism.  Way too thin-skinned to be a councillor.  His agitator was pointed but didn't resort to ad hominem attacks (as he kept accusing).

When I went back to get a screen grab, he appears to have deleted the thread (he has an Admin badge next to his name, though it could have been a fellow traveling Admin that saved him from himself).  Probably a smart move, as he came off rather poorly.

It was quite the show.

^What was the gist of the dispute?

OP posted about how it was total BS that Mr. Reichert was the subject of criminal charges.  Someone suggested that they couldn't vote for someone to pass laws in our name if they were in the habit of violating laws.  Mr. Reichert weighed in about how ignorant of the facts this person was and that basically they had no business contributing to the conversation.  Person stated how fascinating it was that a council candidate would remark for them to basically shut up on social media. Person kept baiting and Mr. Reichert kept getting hooked.  Until he picked up (or someone picked up for him) his ball and went home.

If the candidate thinks that he will be dealing with members of the electorate who come at him always armed with the facts, then I would suggest to him that isn't the job for him and he should stick to his vegan activism. Hopefully, this will choice will be made for him come November.

I saw just now that he got into rather the bun fight on the Vegans of Victoria FB group. ...

The kind of bun people eat or the kind that certain pretentious millennials wear on their heads?

I would assume the latter, as the former might be not be vegan and therefore not cruelty-free.

Just to beat the horse to make sure that it's dead (I know that the candidate will appreciate the turn of phrase), it appears that his interlocutor has been banned from the Vegans of Victoria FB group.  I can tell because I see previous posts from them and their user name is greyed out with an X next to it, the sign that the member has been kicked.

Politics is the art of compromise and a person that gets hot under the collar when someone doesn't see their way isn't cut out for it.

Reminds me of a battle of vegans over the topic of vegan beer and whether all beer should be off limits (some beer uses a fish bladder ingredient to add clarity). The common sense vegans said don't worry about it--it's better to have vegans cheat on beer than to give up veganism altogether because no beer is a deal breaker (it would be for me). Choose your battles wisely.

One of the problem with this vegan group - which I understand is endemic of many these types of special interest groups - is that the extremists make the sensible ones uncomfortable and unwelcome.

I know of a particular issue in that group where a militant vegan was cyberbullying a restauranteur that provides vegan options. It was reported to the admins - included Mr. Reichert - who proceeded to do nothing about it.

From what I understand SJWs just fine with any form of bullying - and law breaking, it now seems - provided it’s consistent with the cause. People often misattribute “the ends justify the means” to Machiavelli, which is a bastardization of what he said. That’s more Karl Marx than anything (happy belated birthday btw), whom many of these groups (plus Ben Isitt) deify.

Breading is too many calories. I prefer a light saute.

Something tells me that "newer technology" is unlikely to have the appeal of horse drawn carriages. 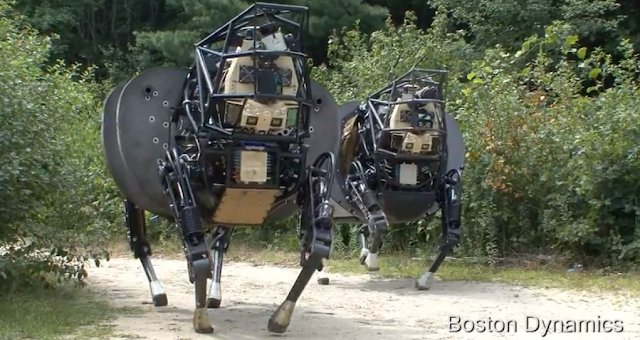 We’ve been contacted about the charges, and apparently they were dropped today.

Was a peace bond accepted?

They had a smoking gun in the form of photos he took of the signs that he posted on social media.  He also admitted to doing it.  I wonder why Crown backed off?  Anyway, it's likely better this way: at least he wasn't martyred for the cause.  That would likely have been worse, as most people aren't likely to vote for him, anyway.

I was thoroughly enjoying the Cook Street Village Block Party until I nearly tripped from my eyes rolling back in my head, seeing the “Vote Jordan Reichert: Compassionate Victoria” booth. I get that this is a democracy and that people can pay for the opportunity to spew (all but the most abhorrent) crazy beliefs. But in this same democracy, I can also voice how annoyed I am with something as simple as a block party not being sacred. I also wish he would just go away. He is the poster child for sticking with first past the post. Tis the season, I suppose.

I noticed him there too. My daughter was with her out-of-town friend and had to explain "who that nut is".

Who is that nut?

I understand he is a one trick pony.

Do we know if he is for or against equines having nuts?