For the revisionists who like to think authentic "old town" waterfront access is all about parking lots and green space...

^ Those boats certainly appear parked to me

True, but they're also blocking the view. Modern boats aren't supposed to do that.

Crystal Court had more but most were internal studies never officially submitted. This project likely had the most official distinct applications although Cap 6 parking lot was up there too.

All of the usual suspects are to blame. It's the same old script. Back in April, 2010 a wise SOB on the interwebs said the following:

You're expecting a negative fuss about this project? Wouldn't such a fuss confirm that Victoria has plunged into a mire of outrageous hypocrisy worthy of the end times?

At this point I'm 98% convinced that the usual suspects couldn't alter course even if they were willing to. It's like they're under a spell or something.

People claim that they care about heritage and history and yet they work hard to drag out the restoration and revitalization of some decrepit 1860s buildings for at least another ten years. So how would those same people have conducted themselves if they absolutely despised heritage and history? What more harm could they do?

The DRA issued a letter to council objecting to the handling of the development's footprint and general concerns about development in the downtown core. Their response to council appeared to have blindsided the developer who at the time stated “The [Downtown Residents Association] came in with a late letter (non-support) inconsistent with the meeting we had with them (support)."

So Reliance pulled its application, knowing that without the DRA's support they'd likely have to commit to further consultation. And that was back in October ahead of the municipal election. Since the election Reliance has found that forces at play within the City are not particularly enthusiastic about the sale of the excess bridge lands.

...Since the election Reliance has found that forces at play within the City are not particularly enthusiastic about the sale of the excess bridge lands.

What logical reason does the CoV have for holding onto the excess bridge lands adjacent to the NJ site? 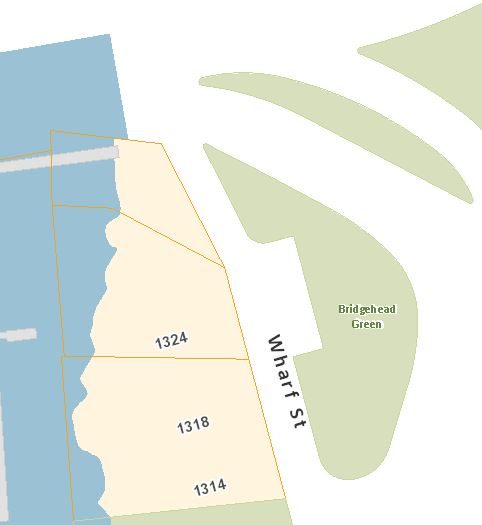 Have citizens been crying out loud for more green space near Reeson Park? Are those 10 parking spots in "Bridgehead Green" vital to the future of Victoria?

Without the city-owned land I really can't see how this project is viable. Reliance has my deepest sympathies for what the CoV has put them through over this proposal.

Here it is folks. 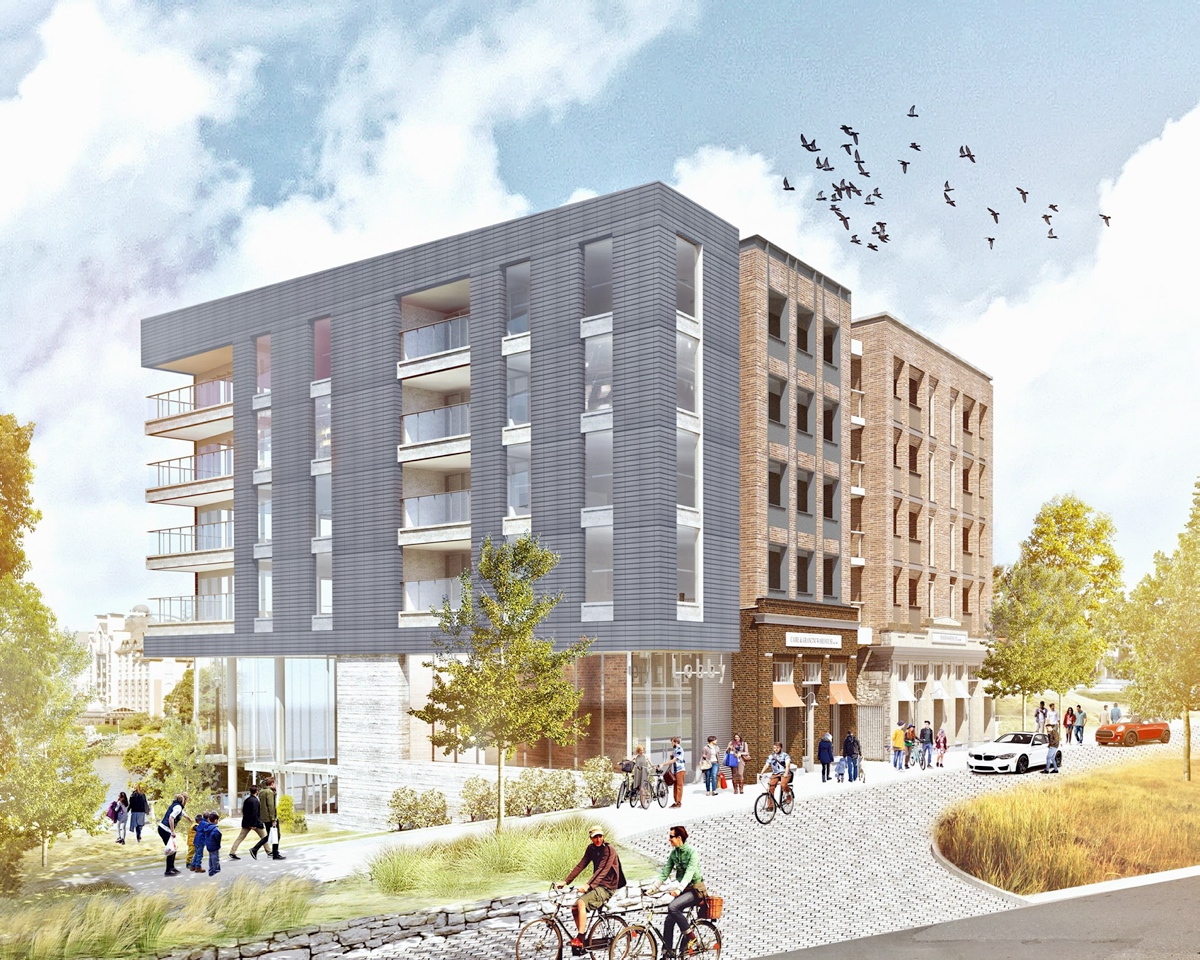 I can't see heritage advocates being too happy about the "adaptive re-use" of the Northern Junk buildings.

There are no heritage advocates in Victoria so no need to worry about that. This Northern Junk saga demonstrated the fact even more undeniably than the JSB fiasco did.

While there may be no honest heritage advocates in the CoV, I can't believe retrofitting these structures is going to go unchallenged by those who claim to support heritage causes.

That'd be a really nice building on Quadra St.

I am just relieved this latest proposal maintains the beautiful, historic open space along Wharf Street the public has craved since it was created in the 1950s.

Reliance should just put up some mobile homes in the shape of a middle finger, call it "modular housing" and go back to Van.

The building itself is actually pretty good. To my eye it's in the same extended family as Mermaid Wharf and the Janion, but still its own thing. But obviously the old buildings are lost in the midst of it now, whereas they were celebrated in all of the prior versions (the versions that the heritage advocates criticized so heavily). It's hard to tell from that one image what the waterfront side would be like, but (again) it was excellent in all of the prior versions so I suspect that it's gone backward some.

I just don't know how the usual suspects can look in the mirror. What a debacle. And yet the average bozo will have no idea what could have been, if only the various players had dared to put down their musty old script...

If this happens what will happen to the city owned land there?  Just sit unused?  Throw up some benches or something?

Useless, awkward, no benefit for anyone... but still requiring maintenance. A big victory for "open space" advocates.

I'm in a bad mood. Obviously it's possible that something worthwhile could end up there. But I won't be holding my breath.

I could suggest putting some oak trees there but somebody would surely lecture me about their inappropriateness, how they use too much water, how they get stressed in the south island's environment, etc.