Mod is a 15-storey condominium tower with ground floor commercial space along the 1100-block of Cook Street at... (view full profile)
Learn more about Mod on Citified.ca      Official website: https://modvictoria.com

Hey, your relentless badgering ended up changing my tune re: the service station's value. I'd love for it to be relocated somewhere.

I am strongly in favour of a re-purposing of the building or at least a portion of it. I think it could make a pretty awesome picnic structure in a park. It is an iconic shape of the old Pacific 66 chain.

Not sure why it just dawned on me how similar the podium is to the Vancouver St. side of the 989 Johnson podium. Do we think this might actually be straying into too similar territory? These buildings are in the same neighbourhood. Maybe switch out the white for another colour?

Not sure why it just dawned on me how similar the podium is to the Vancouver St. side of the 989 Johnson podium...

There was a greater difference from 989's podium on the first rendering that was posted, most especially the 3rd floor windows facing Cook Street. 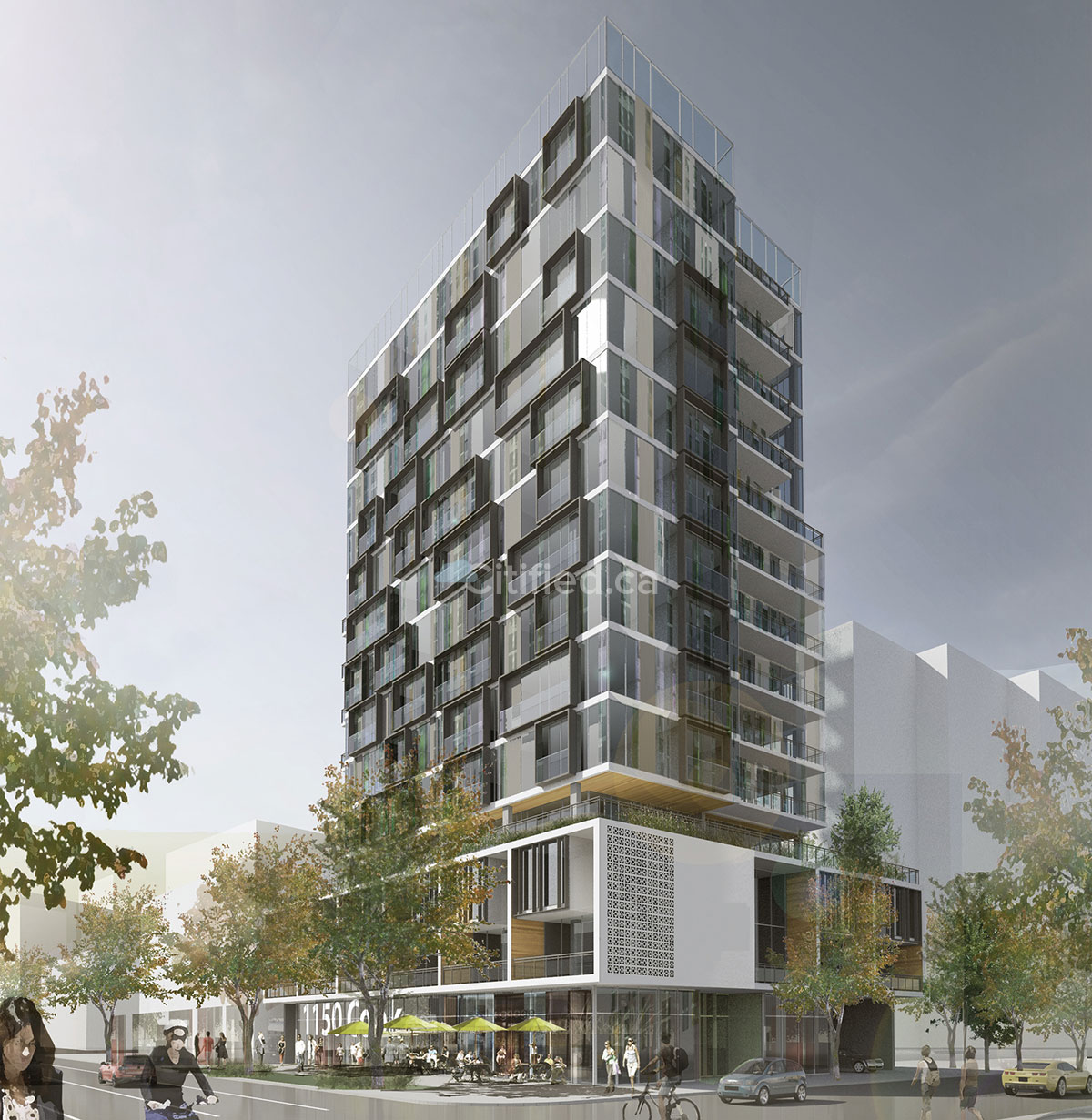 I am less impressed with this version 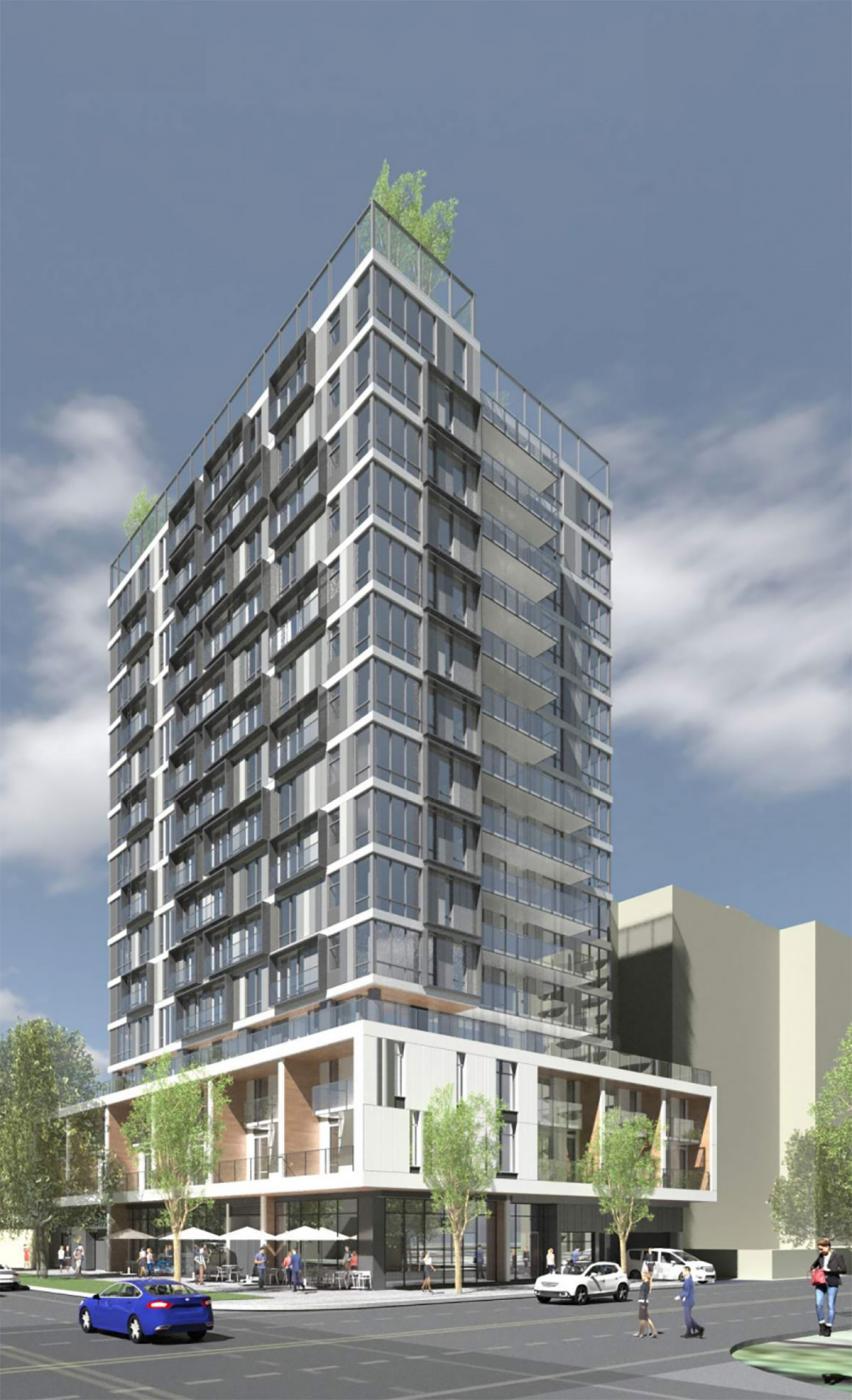 The owner has also voiced his disdain for “condos” in the past.

The owner has also voiced his disdain for “condos” in the past.

Pluto’s...owner has also voiced his disdain for “condos” in the past.

I wonder how many of his customers live in condos? One less than before I can assure him.

Pluto's has been given a bit of an extension: https://www.vicnews....ng-renoviction/

The design has been modified to include an LED-lit 'crown' that will change colour at night. 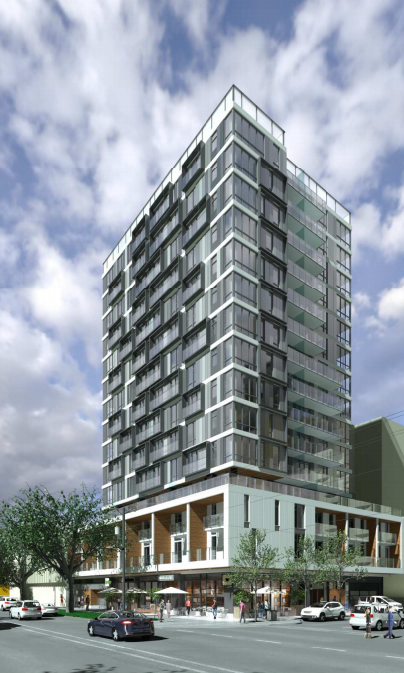 The design has been modified to include an LED-lit 'crown' that will change colour at night.

Curious what others opinion is on this.

IMO it is corny, but am open to other opinions.

That will make it easier to find your way home after a night of pub hopping!

It would be cool if the lights were an homage to the Plutos neon.

Any updates on this project?

Went past this site yesterday. Just about anything will be better than the way it looks now. Sadly, Pluto's best days are long gone.

The DRA is expressing strong opposition to this development (in its current incarnation): https://victoriadra....4-Sept-2020.pdf

The DRA is expressing strong opposition to this development...

There is no difference. They're both opposed to people living downtown.

Notice the convenient references to COVID. Opposition is always energized by current narratives and events, never diminished. How come they don't use COVID as justification for higher densities? You know, to save downtown? Or to encourage people to have more of a local neighbourhood focus? Or to provide more homes during desperate economic times? Crickets chirping.

This is nothing new, of course. Housing crisis? Fuel shortage? Environmental calamity? Beatlemania? All the more reason to resist density and efficient land use. We've been suffering through modern development controversies since the late 1940s and not one time has density ever been justified or appropriate. It's amazing, you'd think random chance would eventually dictate at least one pro-density moment. Nope, we're still waiting for it.

This comment below about shadowing is confusing. Which pre-existing residential properties would be unreasonably shadowed in December? The car lot immediately north is still a car lot. The car lot across Cook to the northeast is still a car lot. The buildings across Cook to the east are not residential. The Tara Place apartments are right next door to the west, so it would be impossible to avoid early morning shadowing unless you replace the diner with a parking lot, but -- conveniently -- Tara Place presents a perfectly blank face east toward this property (in other words, it was designed to account for a future next-door neighbour).

What am I missing? Surely we're not worried about the taller building at Regents Park getting perfectly unimpeded morning sun in winter? It's a hundred meters away, and one of Harris Green's tallest buildings (and, ironically, it casts a full shadow over its shorter neighbour at Regents Park).

The shadow plans do not show December - the worst month of all. The building as proposed will create an unreasonable shadow over the neighbours.

This is a residential neighbourhood and yet no where else in the city would this kind of shadowing of pre‐existing homes be considered acceptable.