Beacon Hill Park, and the friends there of.

I walk my dog on the dog side of the park every week ,I take my gran daughter to the petting zoo during summer ,I am lamenting the changes over decades..the water park is not child friendly ,small changes over many years each taking away from what we had ..some things yes are only in my view...from harassment from cop's when we "hung out " back in the 60s as teenagers..to the Ice Cream lady that used to come through in her neet little truck ..some things like my perception are just mine ..I miss the less crowded times ..the music from the different corners of "jam groups" of music that I haven't seen or heard in years..I miss things about the park that cannot be explained ,pointed to ..but are gone nonetheless ...do you remember when we had water lily's in the ponds..and we would get chased out of the ponds for swimming in them and rinse in the kid's pool...probably not.." we had" that is what is missing from the park,,what do "we have" now,,,

A six month old female white Ursus Kermodei cub was placed in a small make-shift cage in Beacon Hill Park in the summer of 1924. According to a Royal B.C. Museum publication, the bear cub was captured by a man at Butedale (an outpost in Kitimat Channel in northern British Columbia), then sold to a man named Flowers, who tried to smuggle it across the U.S. border. (Corley-Smith, Peter, White Bears and other Curiosities, 1989, p. 54-55.) The Times, however, had a different story: “The famous white bear...[is the] only living specimen in captivity of the unique bear of Princess Royal Island,” a large island on the west coast north of Bella Bella. (Times, December 24, 1924, p. 1,2)

In January, 1925, the Park Committee authorized up to $1000 be used to build a new cage. Photographs in Corley-Smith’s book show the bear in three different cages. The oldest photo shows the cub in a small chicken-wire enclosure. A larger second cage is made of wood and chicken-wire, with a dirt floor, a pole and a small house. The last cage was constructed of concrete and metal bars. (Corley-Smith, p. 55) At least Ursus Kermodei was not stuck down in a bear-pit. (The photo shows the bear in 1948, a few months before she died.)

Yup, the good old days! Glad we've made some progress since then.

^^ So basically you miss the days when old folks thought you were a hoodlum and ruining the park for their grandkids.

Re post 177 - I notice it was edited for spelling - you might want to invest in a new spell checker.

not the spell checker .. coordination difficulties..or as you say "operator error"

Nothing happens quickly in Victoria.

the water park is not child friendly

I will take exception to this odd statement.

I loved the old wading pool and was not at all happy when the "watering can" was installed. That said, I was there just a few months ago with my kids and they had a great time. The place was filled with kids whooping and hollering and splashing around. It seemed to be very friendly for them.

I think they could have got the same effect by installing a couple of modified fire hydrants but to say "the water park is not child friendly" is ridiculous.

My kids absolutely love the watering can and they have been to all of the waterparks and this is their choice of places to go.

I'm a floater ..and my gran daughters enjoy jumping off me into the water ..can't do that now at becon Hill..so for me ..it's not as good but then it is not the same for everyone..my opinion ..if it work's for you great ..enjoy ..we still go out to beaver lake or north to less crowded places when we can ,,Victoria is changing in way's I don't understand ,or not comfortable with ..and I voice my opinion right or wrong it is my view ..and right for me ..just as yours is right for you .. 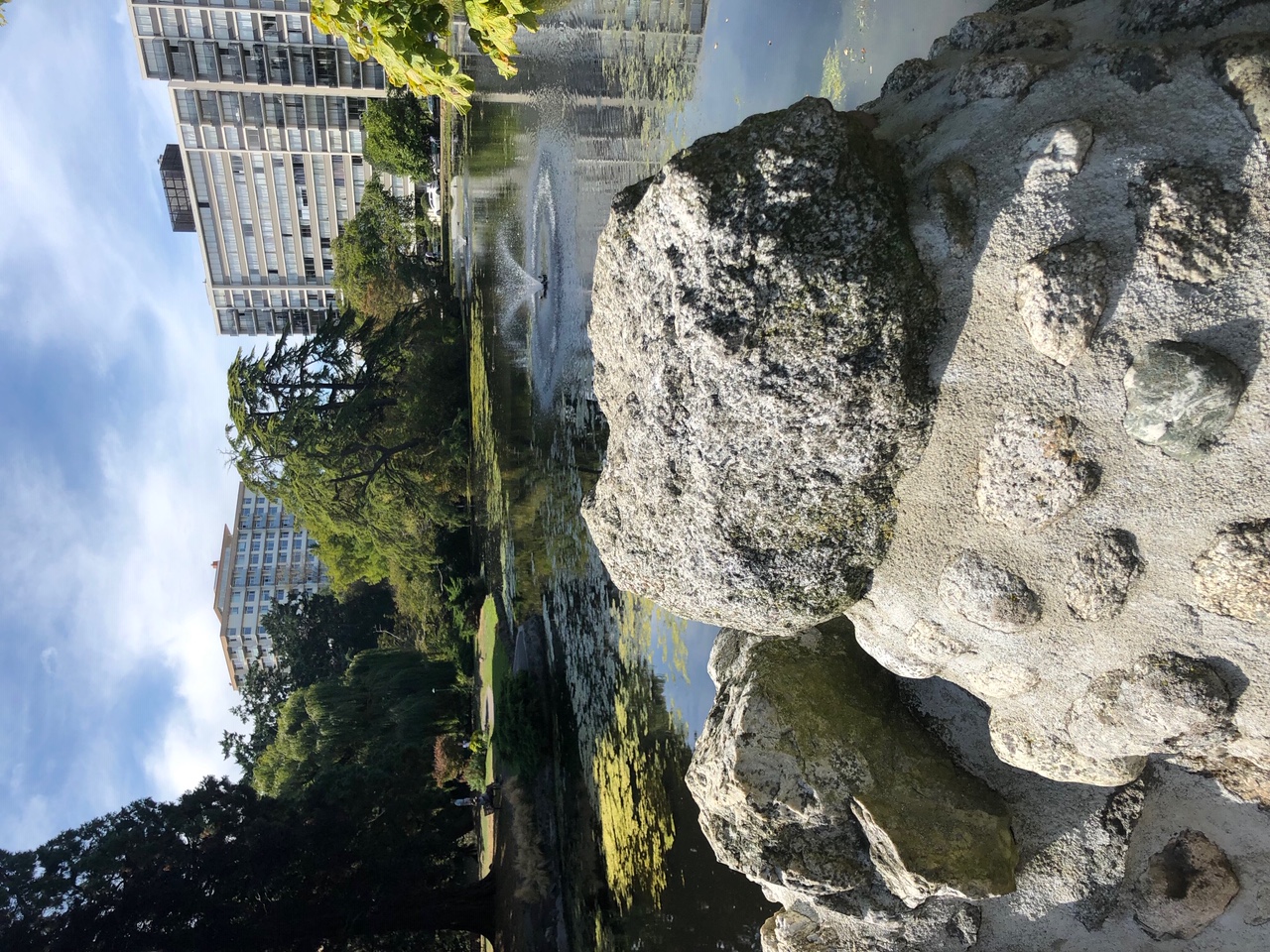 ^that looks upright on a mobile device only it turns out

^ Sorry my bad.  I was up in the tree trying to fish for turtles and snagged a horse drawn carriage by mistake.

I went to have a look at that after my daughter told me about it. It's very large and almost reaches to the little island there. A shame. Must have made quite a splash.