174 replies to this topic

Heard anecdotally that sales are down since they opened the new building. Salesmen are putting in resumes at other dealerships.

Maybe people are having trouble finding it.

Or maybe Denny's "Eat a waffle/Buy a car" promotion was working too well on the other block. If you need to cross the street it's not nearly so convenient.

Victorians assume that there is a dealership building construction surcharge added to costs of vehicles and service.

I wonder if maybe Toyota's are simply losing their appeal? I've been seeing more and more Hyundai's and Honda's around and fewer Toyota's.

Even the new Lexus' are just ...weird.

I wonder if maybe Toyota's are simply losing their appeal? I've been seeing more and more Hyundai's and Honda's around and fewer Toyota's.

Even the new Lexus' are just ...weird.

Losing on the price battle to Hyundai and Kia, and to a lesser extant, Mazda and Mitsubishi. Folks are realizing they can get a similar quality vehicle, for several thousand less. I think Honda is probably slipping on that front too.

The old dealer ship was demolished. So much for another sushi joint 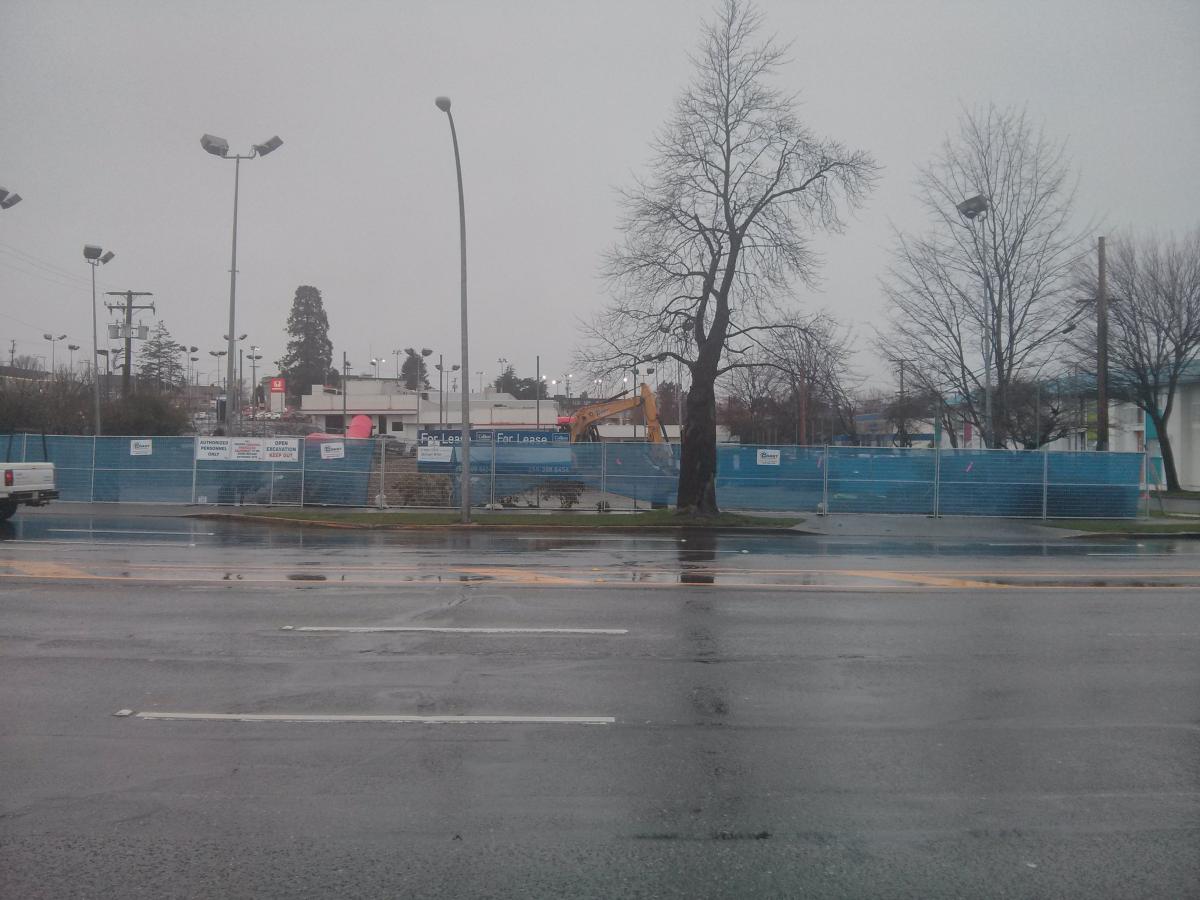 LOS ANGELES -- Toyota is pulling the plug on Scion, the funky upstart brand it launched in 2002 to appeal to the finicky younger buyers it was struggling to connect with on its own.

The reason, according to Toyota: It’s no longer struggling to connect with those buyers.

The end will come quickly -- and just months after the launch of two vehicles that were seen as critical to reviving the brand. Scion will be discontinued in August, the automaker said today, and its model lineup will be folded into the Toyota brand starting with the 2017 model year.

Excellent now let's get a developer to put in a protected bike lane on that side as a nice amenity.

I hate that we are losing these quirky little one-of-a-kind buildings. They are all being replaced by either identical boxy high rises or generic arts-and-crafts lite low rises.

True enough but this one should have been torched long ago.

True enough but this one should have been torched long ago.

Does anyone remember the name of the restaurant that was here before the Toyota dealership took it over?

Back to Completed Buildings & Canceled Proposals