Truly disgusting.  I seem to recall city council paying some group to deface Bastion Square with the same motto. 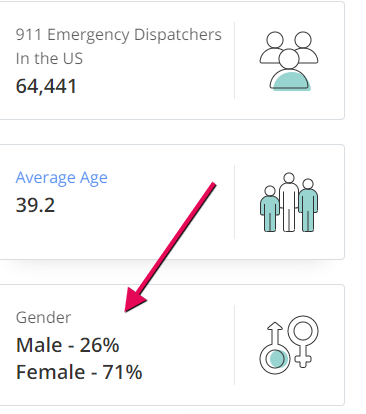 A pair of e-bikes are slated to cruise Oak Bay streets in search of both bad guys and good opportunities.

Council recently approved the 2022 Oak Bay Police Department budget that includes a pair of two-wheeled electric patrol units instead of one with four wheels. The bikes roll in at $10,000 of the department’s $5.6 million budget.

Officers are already trained and heavily use five mountain bikes for patrol. Traditional bikes, however, can limit how quickly an officer can get from one call to another.

I’m not sure if that last line is supposed to be a joke or not.

A woman who says she was sexually abused by Esquimalt police officers while acting as a teenaged informant is suing the Victoria Police Department and four officers for a total $5.3 million.

The Victoria department is named as a defendant in the suit, as it amalgamated with the Esquimalt Police Department in 2003. Also named are officers Scott Malcolm Connors, Robert Bruce Cowick, Samuel Donald Devana and Kenneth Barrie Cockle.

The plaintiff is listed as Jane Doe, born in 1972, according to a notice of civil claim filed in B.C. Supreme Court on Nov. 21.

Publicity around the allegations and earlier police investigation and public inquiry is not new but the civil suit is.

Is there no limit in age of civil cases when it’s sexual?

Hard to know how a case like this can be proven 26 years later.

But I expect it’ll be settled before trial. And we will never hear any details.

Victoria, BC – Blaine Isherwood, a 27-year-old Victoria man, has been charged with robbery and assault with a weapon after a robbery and stabbing at a downtown Victoria business on Monday. He remains in custody. 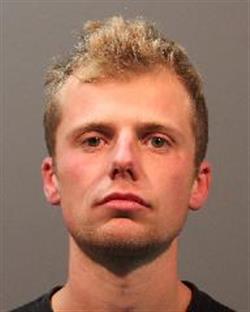 Shortly after noon on Monday, December 6th, Patrol officers responded to a report of a robbery and a stabbing at a business in the 1500-block of Vancouver Street. A man reportedly stole money from the store and, when confronted, he stabbed a staff member with a knife. The man then fled the area on foot.

Several Patrol officers attended and gathered a description of the suspect. However, the suspect was no longer in the area and was not located. The victim, a man, was transported to hospital with serious but non-life-threatening injuries.

Detectives with VicPD’s Major Crime Unit and officers from VicPD’s Forensic Identification Services continued the investigation and a suspect was identified. On the morning of Tuesday, December 7th, VicPD’s Community Services Division officers located and arrested Blaine Isherwood in the 900-block of Pandora Avenue without incident. Officers transported him to VicPD cells where he was held for a bail hearing.

Blaine Isherwood, a 27-year-old Victoria man, has been charged with robbery and assault with a weapon after a robbery and stabbing at a downtown Victoria business on Monday. He remains in custody

I can't imagine he'll be in custody for long. Hasn't our "justice system" (LOL) impinged on his freedom for too long already?

Just to be clear, police did not publish that photo above, this week.

They do not do that after a suspect - any suspect - has been arrested, unless they are searching for other victims etc.

But I expect it’ll be settled before trial. And we will never hear any details.

After 26 years I suspect that the timing isn't coincidental and that there may have already been discussions.

Delivering a message of hope for youth 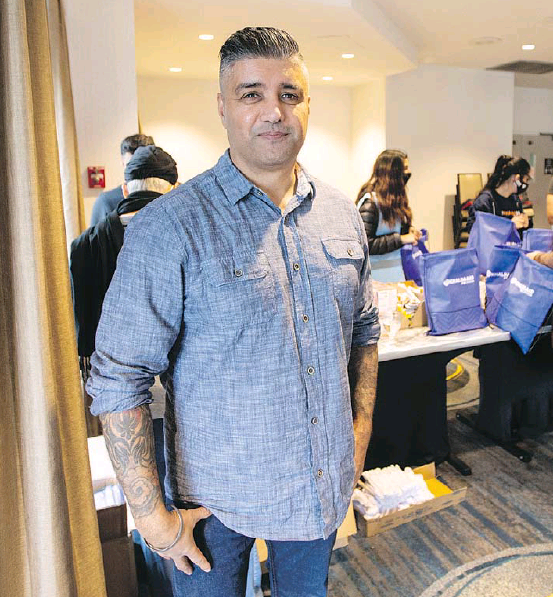 Peter Gill
At the age of 12, Pete Gill was hanging out with a group of children in south Surrey that would eventually include some of the most notorious South Asian gangsters B.C. has ever seen.

He was getting into trouble and had already been kicked out of school three times. One day, a police officer said to him: “Keep this up and one day I will be throwing you in the trunk of my car and taking you to the youth detention centre.”

“I was young and just forming my identity. But I was going down the wrong path and that incident did it for me. I realized I had to change my narrative and get an education if I didn’t want to go down that road,” said Gill, who is now a sergeant and a 25-year veteran with the Victoria Police Department.

“The biggest tragedy in life is the waste of talent.”

Then wouldn’t it be lower Island?

I think Lower Island is correct for a organization name and for specific geographic location.

I don’t know, sounds off. There is no place known as Lower Island. That implies a specific place.

A majority of officers and civilians employed by the Victoria Police Department describe their workplace as “toxic,” “negative” and “micromanaged.”

That’s the finding of a 186-page study, funded by both the police union and senior management, that looked into the well-being and mental health of Victoria police officers and civilian staff, and examined the department’s ability to respond to their needs.

Helps says she wholeheartedly supports the officers and the police department. She advised those who don’t feel supported by council to “block out the comments they hear from individual councillors”

I wonder what Isitt and Potts think about this.  Are they happy?  Perhaps they are angry because this news undermines their ACAB narrative?  It makes their job of stoking hate more difficult when Police are viewed as people instead of faceless monsters.

I’m not so sure about this report. At least one of the authors (Sopow) already has an agenda.

I’d like to see the report and the recommendations.

« Helps says she wholeheartedly supports the officers and the police department. She advised those who don’t feel supported by council to “block out the comments they hear from individual councillors” «

Why doesn’t she do that herself? She’s often complains publicly when she gets an angry message sent to her and uses that as a weapon against anyone disagreeing with her.