I wonder if the 911 operators just aren’t aware of what the job entails, while nurses spend several years in school, and do a practicum before graduating and taking on the job.

If the off-job rate is 10% or more it’s a problem (in non-stress, non-union environments its rarely over 2%). But the spokesperson won’t say what it is, but says some is WCB. WCB injuries from sitting at a nice ergonomic desk? Give me a break.

I know it’s a terrible job, emotionality, but it’s not hard.

The problem is soft employees, and soft / woke employers.

Yeah, it’s definitely emotionally draining. We might not be setting up the new generation for this line of work.

...We might not be setting up the new generation for this line of work.

Fortunately, very few of the new generation want to work. 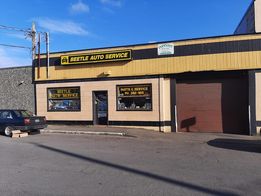 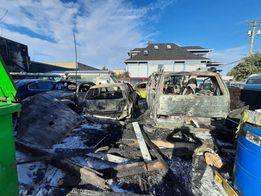 Nanaimo RCMP and Nanaimo Fire Rescue are investigating following a house fire that claimed the life of a 95-year-old man.

The Friday night residence fire at the Adams Avenue home, near Bowen Road, lead to a large response of Nanaimo firefighters, police and paramedics.

Authorities say that reports of the fire came in just before 9:30 p.m.

“The first in engine and company was met with smoke and flame coming out of the one suite that was involved. Our firefighters went into rescue mode. They entered the suite. Tragically they found the resident deceased,” said Assistant Fire Chief David Dales.

Meanwhile, friends are mourning the loss of the 95-year-old man who hasn’t been named. 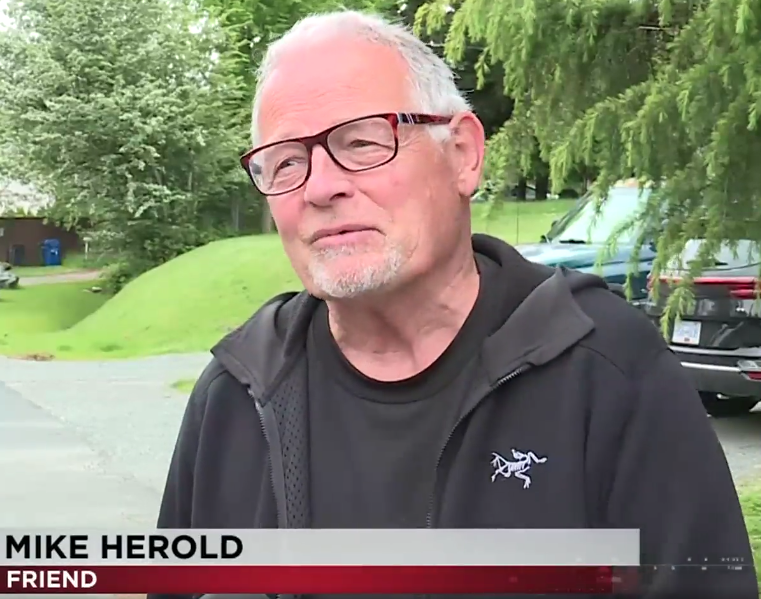 “I’m a structural engineer. He was an architect. He was my squash partner for probably 25 years. He was a great storyteller and I’m so sad to see he’s gone,” said Mike Herold, a friend of the victim. 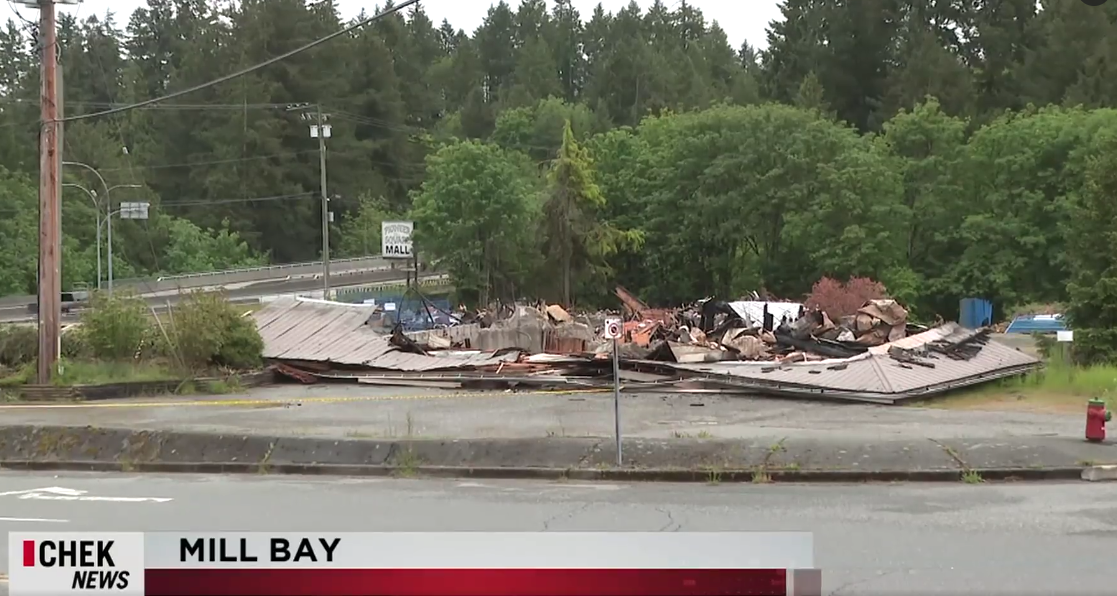 A massive fire that destroyed a vacant building located on the Trans-Canada Highway in Mill Bay on Friday is now being considered suspicious by the BC RCMP.

Melanson said there were no injuries and the cause of the fire is still under investigation.

“The power was all cut off so there should have been no ignition sources inside the building,” Melanson added.

After launching an initial investigation, RCMP says that it believes the fire was suspicious, however, officers haven’t been able to confirm if the act was arson or not.

Police say that they are looking for information and scouring over social media posts that could confirm if it was indeed arson or give investigators more insight.

Anyone with information on the blaze is being asked to contact Shawnigan Lake RCMP at (250) 743-5514.

Firefighters say a woman was able to escape a house fire in Victoria on Monday morning.

The fire took place at a home along Denman Street, according to acting battalion Chief Todd Harris with the Victoria Fire Department.

Harris says "smoke and flames" could be seen when crews arrived, but that the fire was quickly dealt with. 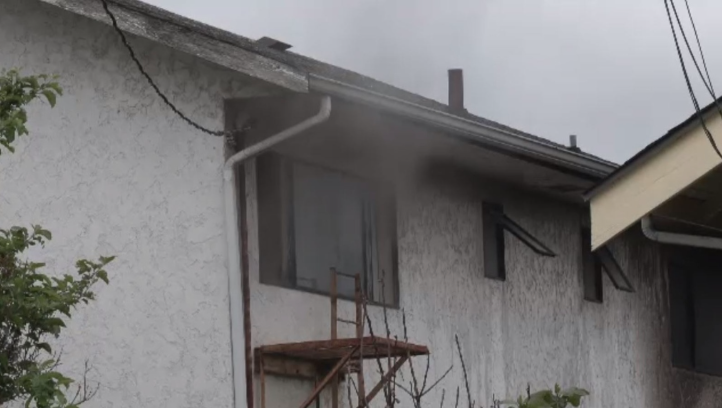 Firefighters say a woman was inside the home when the fire started.

"She suffered a bit of smoke inhalation but she's doing fine from B.C. Ambulance reports," he said.

Harris says the cause of the fire is currently unknown.
More: https://vancouverisl...toria-1.5924605

I was dismayed to see the reporter devote at least half the article to the “excessive vet bill.” While I cannot comment on the collection process, I can say that as veterinarians, we have a duty of care to provide pain control and treatment for injured animals, and unfortunately, that care is not subsidized.

While the driver and his mother were treated in hospital for eight or nine days, including extensive testing and a surgery, he was billed nothing for that. The reality is that Canadians have no idea what the practice of medicine costs, be that human or veterinary.

As our pets are part of our families, I would also like to remind people that pets travelling in vehicles should be properly secured in a kennel or tethered with pet seat belt harnesses, just as we secure ourselves and children. 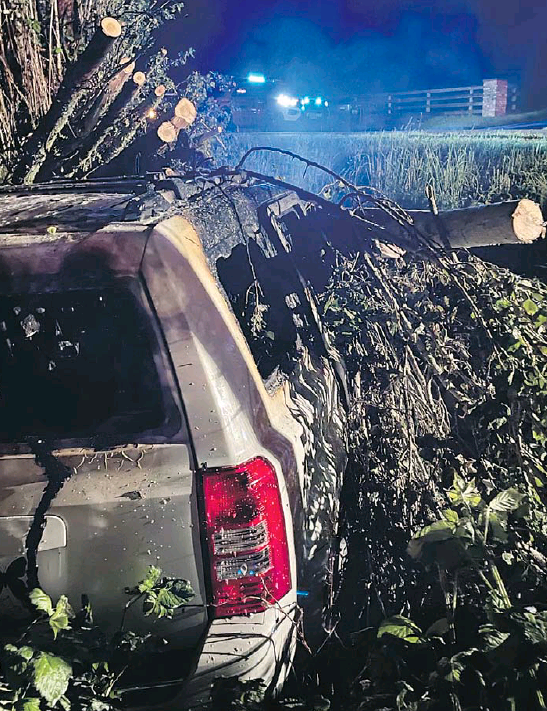 The remains of the SUV that caught fire after crashing into a tree south of Nanaimo.

A volunteer firefighter is being credited by police with helping to save the life of a 22-year-old woman after he battled bushes and branches to pull the screaming injured driver from a burning Jeep SUV south of Nanaimo.

The woman was taken to hospital with burns, lacerations and broken bones, say RCMP.

Shortly after midnight on Saturday, Mark McCallum, 25, heard a loud crash that sounded as though a tree had come down, and the sound of a truck racing by. Then the power went out.

He looked out and spotted a fire down a nearby hill.

He called the East Wellington Volunteer Fire Department, where he’s a volunteer, but did not go to the hall for protective gear because there wasn’t time.

Smart said he arrived first on the scene to find the vehicle under a tree.

He crawled into the ditch where the vehicle had come to rest and tried but failed to open the passenger door, which seemed to be pinned shut by branches. “It was quite a hot fire already.”

He heard the woman “hysterically screaming” and went through bushes and moved branches covering the SUV to yank open the passenger door. He called out to find where she was in the smoky vehicle.

Paramedics arrived shortly afterward and took the woman to the hospital, he said. By the time the fire department arrived, the Jeep was engulfed in flames.

Another vehicle pulled up and Smart spoke to some young men. It appeared the injured woman had been at a party with the young men before the crash. 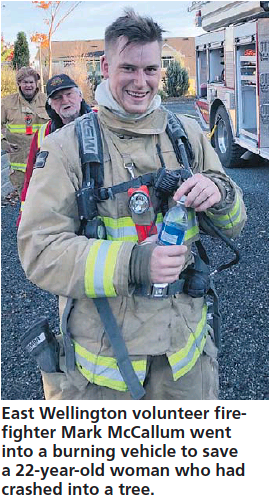 The driver’s mother contacted McCallum the following day to thank him and said her daughter has some broken bones.

Nanaimo RCMP spokesman Const. Gary O’Brien said the vehicle might have hit a power pole as well, adding police suspect alcohol was a contributing factor in the crash. The investigation is continuing.

RCMP are looking at acknowledging the efforts of the bystanders, including McCallum, who “undoubtedly saved that woman’s life,” O’Brien said.
More: https://digitaltimes...281479280062074

A true hero. Bless this man.

With the risk of the downed hydro lines, yep, he's a hero. I can't imagine what it would be like to be in that young woman's position.  Hope she makes a full recovery.

“Kayaking” from Port Townsend? That does not sound right.


The U.S. Coast Guard is responding to multiple reports of people in the water and has rescued four people from the Strait of Juan de Fuca.

The individuals were kayaking or sailing from Port Townsend, Wash., to Victoria.

Nearby vessels are also offering assistance. 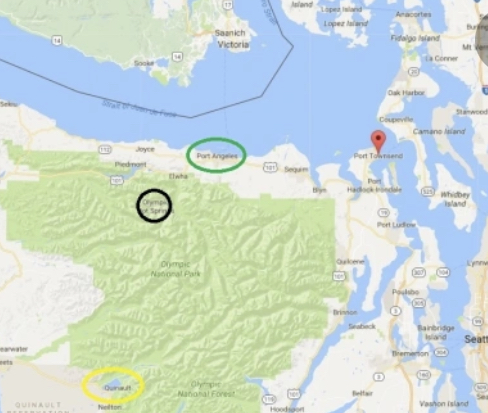 A gale warning and small-craft advisory are in effect for the area.

Canadian Coast Guard crews were also on their way to assist in rescues a few nautical miles north of Port Townsend.

A U.S. Coast Guard rescue boat and cutter remain on the scene to assist other boaters who have run into trouble.

Let’s assume that you are an experienced, physically fit paddler. Your kayak boasts a 16 foot waterline length, the boat is empty (except for you) and the weather is perfect. Thus, you expect to be able to operate your kayak at about 50% of its calculated maximum speed. (The earlier tables illustrate that this combination equates to a speed of about 3.1 miles per hour.)

There is a reason few people kayak to Vancouver, for example.

Yeah, not smart. The waves once you get out into the strait can be massive, and the currents can be extremely strong. Meanwhile your crossing active shipping lanes.

Remember when that group of jet skiers got lost en route from Port Angeles to the Capital, or vice versa? They encountered fog and huge waves. From the shore it looked so calm and nice. What could go wrong?

Turns out it is an organized event:

The sailors were participating in the opening leg of the Race 2 Alaska competition, where participants use non-motorized vessels in a 1,207-kilometre race.

The first stage is the 65-kilometre crossing from Port Townsend to Victoria, while the second stage, which is scheduled to start Thursday at noon from Victoria after competitors clear customs, runs 1,142 kilometres from Victoria to Ketchikan, Alaska.

A gale warning and small-craft advisory were in effect for the area when the boaters left about 5 a.m.

The Race 2 Alaska is considered North America’s longest human- and wind-powered race and offers $10,000 to the winner.

On its website, Race 2 Alaska organizers say competitors face “a chance of drowning, being run down by a freighter or eaten by a grizzly bear. There are squalls, killer whales, tidal currents that run upwards of 20 miles an hour, and some of the most beautiful scenery on earth.”

Any boat without an engine can enter the race, which includes “no supply drops and no safety net.”

Not sure any "kayaks" were involved.

Ok, good work. I was scratching my head over that one.