Bayview has eyed a hotel for Roundhouse. I think that's where the next big move will be.

I am hopeful that comes to pass.

A boutique hotel in the old A+B Sound would be a great fit. And a hotel at Wharf and Fisgard would work well too I think - "In Victoria's historic Chinatown"


We had one by Mayfair for years.

The old Toyota dealership would be a good spot for a larger mid-range hotel (i.e. a Courtyard by Marriott).

If Victoria truly feels a kinship with Britain, then I think we should be doing all we can to emulate London:

...Already home to a myriad of iconic skyscrapers -- from the Shard to the affectionately nicknamed Gherkin -- more than 430 new tall buildings (those 20 stories and over) are currently in various stages of planning for London, according to research by independent forum New London Architecture and property consultants GL Hearn...

This would be a pretty big hit to the hotel room count in Victoria.

Especially for sports teams/school groups. Every week I see buses with team or school or school district information painted on the sides. 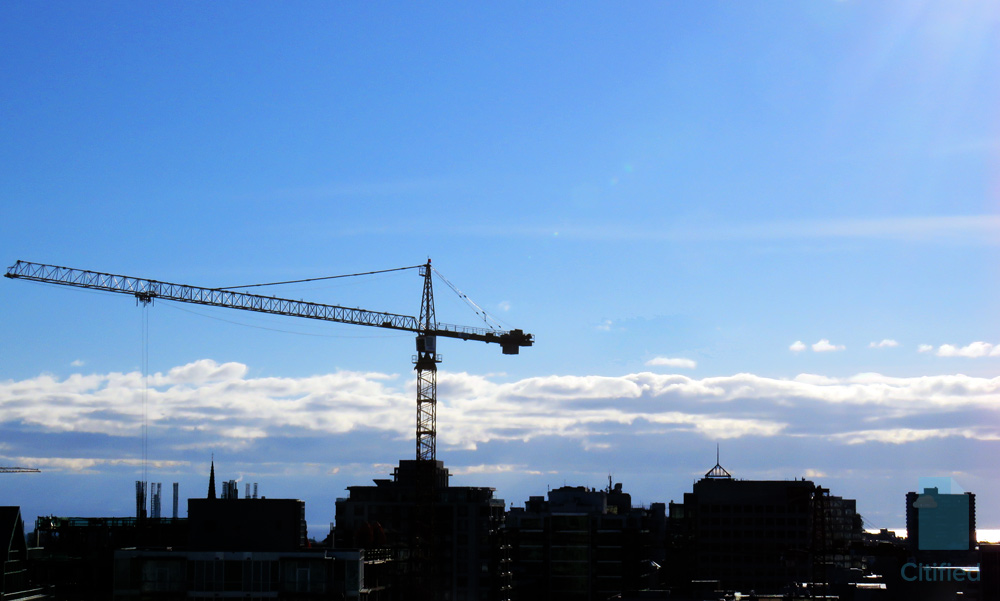 Downtown Victoria’s construction boom will yield approximately 1,100 condo and purpose-built rental units between 2017 and 2018, according to Citified’s data.

The rush to deliver housing to the city centre is critical to easing Victoria’s rapidly escalating real-estate prices and re-inflating its apartment vacancy rate, currently hovering at just above zero per-cent.

To accommodate this growth and the rising demand for homes, Victoria’s urban form has undergone a subtle change that only ten years ago would have been considered un-Victorian.

Building heights – a hot-button topic among members of community associations and policy-makers for decades – have been creeping up as construction costs rise and developers set out to accomplish much more with less land.

And few Victorians, by all accounts, appear upset with the changes, but it wasn’t always that way. [Full article]

...With a city no longer restrained by batophobia (an abnormal fear of tall buildings and objects), Victoria’s skyline is about to realize its biggest change in decades...

And this refreshing "attitude" if you will comes not a moment too soon IMO: just look at the pic posted by Mike K above - in spite of the increased building activity over the last 2-3 years that "skyline" (I use the term very loosely) is, at best, uninspiring. Like much of the downtown pre-2010 (ish), the highest buildings are all essentially the same height and general form. "Dull" would be another adjective that comes to mind; there is no variety or (particularly) innovative or daring architecture but rather a bunch of 'meh, same old, same old' 10-14 story structures.

And per NParker's "England" comment a vigorous head shaking "yes" from me in response; I encountered this "whoa is Victoria and its lost Olde Englishe charm!" attitude at a recent Christmas get together.

When, I inquired, had this individual actually last seen "olde Englande" in the flesh? Answer: 1957! IOW, relative to the evolution of Western cities and urban development and thought, they last gazed upon London and Birmingham and Manchester in the age of the dinosaurs practically speaking: because as anyone who has actually been to the UK in the last half century can attest all of those major English cities - which by the way have far more history than we do - are replete with tall and modern and in many instances dare I say, striking buildings, which in the vast majority of instances work just fine with their much more historic counterparts. Unlike in too many quarters here, there is no fear of modern architecture in Britain, including building tall....

^Except for that damn ferris wheel.....

... Unlike in too many quarters here, there is no fear of modern architecture in Britain, including building tall....

With perhaps the exception of the heir apparent. https://www.theguard...-10-better-ones

/\ I knew someone would drag HRH Chuck into this

I agree with the thrust of the article - he should pipe down keep his opinions to himself and meanwhile contemplate the fact that if he ever actually ascends to the role of his accidental and quite-by-random-biological-chance inheritance, he'll be by then well past the age when most people retire. I suspect its rather easy to toss bricks from the sideline when your entirely coddled existence from birth to death is largely ensured and paid for by the taxpaying masses...

I think VT still holds the title as overall ugliest building because it is twice as tall as the JDB and there seems little chance of anything short of nuclear war that will remove it from prominence on the Victoria skyline.

It's bad enough when locals spew the "we don't want to be Vancouver" nonsense, but it's particularly grating coming from visitors.

I was back in Victoria recently and was dismayed by the number of tallish, concrete-and-glass condo buildings. The unique character of the city is gradually being destroyed...Victoria is starting to look like Vancouver, but it doesn’t have to...

And enough with Victoria's "unique character". We're neither a theme park nor a museum. If you dislike that Victoria is a real city that actually changes with time Mr. Fisher, you're welcome to stay in Ottawa.

ps: perhaps someone needs to remind him that Vancouver is considered one of the most desirable and livable cities in the world. Last I checked, Ottawa was not.

I was back in Victoria recently and was dismayed by the number of tallish, concrete-and-glass condo buildings.

Yep, but all of the bland concrete towers from the 1960s and 1970s were never a problem*. Victoria somehow managed to have unique character despite them.

Seriously, we can't keep the story straight. 20 years from now people will be defending Promontory and the Falls.

Also, if somebody really wants to rail against attractive new towers then historic and notoriously bland & height-restricted Ottawa would seem to be a perfect ground to do it. A lot of sharp new buildings have been going up there recently. Not sure why the writer would be reaching all the way across the country to make a fuss.

If attractive taller buildings are indeed such a menace then why isn't the world's attention focused on Kelowna? Such a small city, no historic tradition of urban density whatsoever (unlike Victoria or Ottawa), and yet it's building some quite tall & slick buildings all of a sudden. If you're trying to fight the good fight in Victoria or Ottawa or wherever then you're already a lifetime too late. But you can throw cold water on Kelowna now and save it for future generations.