I'd pay $20 for something that didn't use those pins. Going to come up with something using little magnets.

Most comments I see regarding folks who don't wear them say its because they aren't biodegradable... seems like a lame excuse, but lets see if that excuse can't be removed - make paper ones an option - the legion needs to sell them though.

Most boutonnieres these days use magnets instead of pins. Something like that would be great for a poppy. I basically put away my GORE-Tex jacket for the first two weeks of November because I don't want to poke a hole through it.

I'd gladly donate more for a magnetic poppy.

although the other fun thing to do is turn the poppy slightly inside out and use it to look like fake lips. like Rolling Stones. super fun.

although the other fun thing to do is turn the poppy slightly inside out and use it to look like fake lips. like Rolling Stones. super fun.

Nope, not disrespectful at all...

We have friends send us poppies from Australia. It is made of fabric and it has a butterfly clutch at the back of the poppy. It never falls off and the poppies have lasted us for over 5 years. Fear not, we still stuff a 20 into the local poppy boxes every year to support our veterans.

Our solution this year was to purchase a quality metal brooch through the Legion ($40) - silver plated pewter with an enamel finish. Much nicer for long term use, and attractive enough I can wear it year round. I've lost hundreds of poppies over the years, terribly embarrassing for a military wife to lose her poppy...

matt walsh weighs in on the cherry firing:

ben shapiro weighs in on the cherry firing:

fox news weighs in on the cherry firing:

Fired NHL broadcasting legend Don Cherry doubled down Monday on remarks he made alleging that Canadian immigrants had failed to honor the nation’s fallen military heroes, but denied that his comments were racially motivated.

Sportsnet fired Cherry, 85, on Monday, days after he sparked widespread condemnation for referring to immigrants as “you people” and criticizing them for not wearing poppies to honor military veterans ahead of the Remembrance Day holiday. Cherry hosted the “Coach’s Corner” segment on Sportsnet’s “Hockey Night in Canada,” one of the highest-rated segments on Canadian television.

breitbart weighs in on the cherry firing:

the daily stormer weighs in on the cherry firing:

ben shapiro weighs in on the cherry firing:

Look, I always got a kick out of Cherry's "ya, all dem Commie pinkos" shtick. But baselessly criticizing immigrants and refusing to apologize is a step too far. He has freedom of speech but not freedom from consequences.

Apparently someone spray painted a Toronto war monument with "ye broke faith with us" I can't help but see that and think well yes, we have. When common sense/common deceny around our history and our war dead gets someone fired. That act of vandalism is a more sincere and poignant act of respect and remembrance than anything you'd hear on CBC

Look, I always got a kick out of Cherry's "ya, all dem Commie pinkos" shtick. But baselessly criticizing immigrants and refusing to apologize is a step too far. He has freedom of speech but not freedom from consequences.


So you're problem is that you think it was baseless? Have you spent much time in malls and other places in heavy immigrant communities? Do you think the poppy is as respected and cherished in Brampton as it is in, say, Oak Bay? 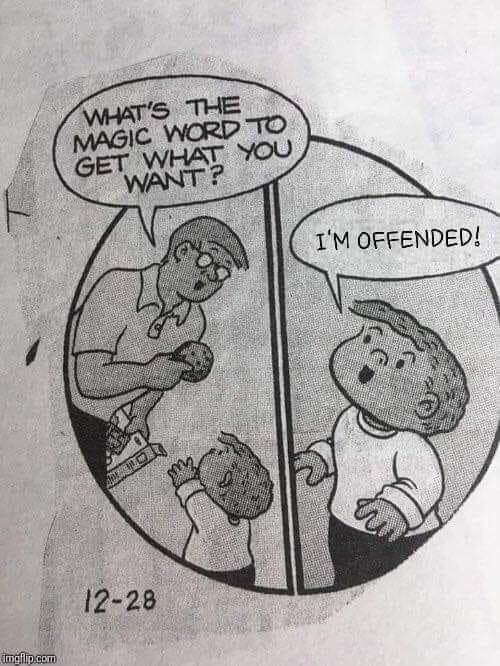 It's baseless because he berated new Canadians because he claims they don't wear poppies as much as established Canadians. I've said this several times.

For one thing, do new Canadians wear more or less poppies?

If they wear fewer, do we know why?

Maybe they just don't know. People are wearing all sorts of things on their lapels for special causes, from poppies, ribbons for various health issues, the plastic daffodil for cancer and the latest one, the yellow moosehide square. Do all immigrants know which ones are special interest and which is practically mandatory? People should wear poppies because they feel deeply about the sacrifices of our military. They shouldn't wear them because they were harassed into doing it. The solution is education, not bullying.

^thats a fine opinion, but that doesn't mean a man deserves to get fired for saying immigrants A) aren't wearing poppies and B) should be wearing poppies. There is something seriously rotten in Denmark if we've gotten to the point where zealous enthusiasm for our institutions and traditions is not allowed