This is Save On Foods Arena. In the 1940's Victoria built an Arena that lasted us 60 years. It was built when Victoria had the population of almost what Port Alberni has today. The seating capacity of that arena "Memorial" was 5000. Now in 2006 work is still not completed on this new arena. Victoria has grown by 6X what it was in the 40s. The seating in this arena is only 2000 seats more than the old Memorial for a total of 7000 seats. Thanks due to another under achieving development, this city has given the green light to Langford who is now planning a 12,500 + seat arena in the Western Communities.

Before the Common Wealth Games the Federal Government was willing to kick in a 50 percent grant of the total cost of a new arena. The City put out a referendum on it. Though as great politicians they were, they did a nasty. The only way citizens could vote for a new arena is if they also voted for a new sewage treatment plant and a list of other things. It was an all or nothing vote. Though everyone wanted the new arena Victorians didn't want to pay the tax dollars on the Sewage plant. So it failed and the City paid a total of 9 million dollars renewing the old Memorial Arena. A new roof, all new seats, a new ice surface, a new clock, a new sound system and the list goes on. Oh and the beauty of it, because it was not a new arena the Feds didn't have to pay anything. So if the City put that 9 million dollars into a new arena the Feds would have paid 9 too as well the provincial government was going to cough some up too.

So with the great foresight our city had, the arena less than 5 years later was deemed to unsafe and too old. The City got bids from numerous developers. Jim Hartshorne had one at 7500 seats, Mr. Perin had one in China Town at 9,500 seats, and David Passant had one at 9,000 seats, which grew larger as his proposal changed and others.

The City asked for a public input session. The people were allowed to vote. Personally I voted for the China town arena. Which was to have new walk ways around the ocean front was to connect to the cause way at some time. Funny thing is so did the majority of the people. This shocked City Staff because they really wanted David Peasant’s project. Since he was an owner of the now defunct IHL Spider franchise. So the city went against what the people voted and went with David Passant's Sports Entertainment Proposal.

It grew to a large proposal. The arena grew to 10,500 seats it was to have two separate ice surfaces for trade show purposes and to provide Victorians with the much needed extra ice sheets. At the latest stages of this proposal the Courtnal Brothers and other business leaders came out and stated that this was much too large for Victoria and they helped rally up a protest and killed the project.

Now the City of Victoria has it's arena with a dismal 7000 seats, while Langford is proposing/planning it's 12,500 seater, with the help of the Bear Mountain team. Oh and who is on this Bear Mountain Development team...yeah you guessed it The Courtnal Brothers! Ahhh now it all makes so much more sense.

Langford Council has stated that being located between Nanaimo and Victoria Centrally located in the middle of 600,000 people; they are the prime location for the region's much needed entrainment facility. They are also in co operation with the other main Western Community Councils working towards a 12,000 plus outdoor stadium too. They are working with Soccer Canada on this and council has stated that it could be built in the next 5 years.

So thanks for the great Vision Victoria as you have under achieved and gave up another prime center piece for this city. This arena is another Victoria Conference Center, Too Small, Too Late, and Poorly designed (when ever finished). By the way Nanaimo's conference center will be 5 X the size of Victoria's---but that's another story. :?

This is the result of municipalities at odds with each other. Other munis weren't interested in pitching in for Victoria's arena and allow Lowe to bask in some sort of glory. So not only were they less then enthusiastic about chipping in, residents from outlying munis now complain that they have to park several blocks away to attend events!

So much could have been achieved had the region been working as a region and not as 13 fiefdoms. Seeing Scaper's account of the previous proposals makes you realize how much Lowe was really working against to accomplish what he did, albeit a far cry from what he wanted to accomplish.

Perhaps if Lowe hadn't gotten involved we'd have been staring at the old barn for a while yet...

I've seen 3 concerts in SOFMC and the sound system sucks in it. Every concert the speakers crap out really badly. And Iv'e been to GM Place for Rock concerts and that doesn't happen.

I vote to implode SOFMC and build something half decent and not mediocre. I know people are going to say how bad Memorial Arena was, but I've been to the Prince Rupert arena for concerts and sitting on wooden benches hurt!!

^ the arena doesn't own the speakers and sound system, that is the fault of the acts themselves..

anyway, just got my tix for BEP, but who gives a rats ass, I'm there to get close to Rihanna...

^Reallly? THey all seemed to use the same exact speakers and stuff like that.

It was built when Victoria had the population of almost what Port Alberni has today.

Victoria has grown by 6X what it was in the 40s.


It's actually only grown by about 3x.

Check out this link for historical population data:
http://www.bcstats.g...ut/hist_cen.pdf

It's hard to believe how fast BC's population has grown since 1986! Over 1 million in 20yrs... I know to other parts of the world that's sad, but for BC, it's amazing!

Certain people don't know how to speak the real english!! Dang you! It's colour! Not color...that just looks awkward.

I knew that Port Alberni was 50 000 people. The article that I read was from the T.C. and it stated that when the Arena was built the population of Victoria was 60,000 people in 1945. Maybe they are gathering population figures from different areas?

Fixed! The US version bugs me. :wink:

Too bad that Chinatown proposal didn't happen, that was my favorite too!

The article that I read was from the T.C. and it stated that when the Arena was built the population of Victoria was 60,000 people in 1945. Maybe they are gathering population figures from different areas?

Methinks it was one of those instances whereby Victoria's local media fudged the numbers to suit their purposes.

The city proper's population was close to 60,000 when the arena was built. The metro's population today is about six times that.

The Alberni Valley Chamber of Commerce's website lists Port Alberni's population as 17,743, which is about 1/3rd of what you figured it was at 50,000 Either way, it is nowhere near the size of Victoria back then. 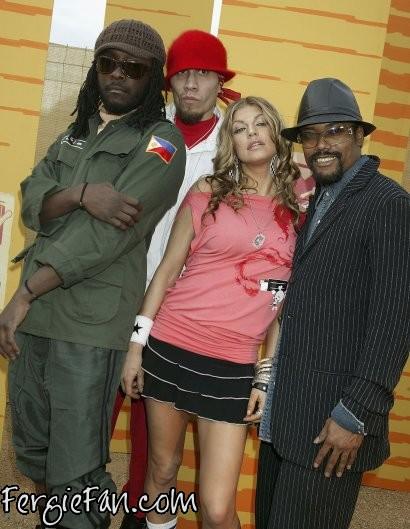 ahhh right! Those guys were already here awhile ago.

Here's an interesting article from 2002 about the new arena. It seems this building was supposed to usher in total social collapse and plunge humanity into catastrophic misery.

"Next month, Victorians go to the polls to decide whether they want to borrow $30 million for a new arena. But the city’s expensive publicity campaign isn’t telling them the full story"

Imagine that. A whopping $30 million for a new downtown sports and entertainment complex to serve a market of almost half a million people. Why, you could buy 30 nice houses in Victoria for $30 million.

Much ado about nothing?

Man is that article funny to read. Man how things have changed and yet haven't. Still think we should have gone bigger but overall the arena has been a big win for the city.

I'm still not sure--wouldn't you agree it's too big for hockey, too small for big concerts? What to do? What's the priority?

I am expecting we will see larger crowds this winter now that a deal has been struck with the Canucks. It just makes it seem that much more permanent. I think Victorians shy away from places and organizations they think aren't going to be there for the long haul.

The Victoria Cougars were as long haul as you can get. They were here for decades yet still rarely drew over 5000.

Edit: Oops, I posted while I was trying to find out if they were ever a farm team for the NHL. :?:

"Beaver, ahoy!""The bridge is like a magnet, attracting both pedestrians and over 30,000 vehicles daily who enjoy the views of Victoria's harbour. The skyline may change, but "Big Blue" as some call it, will always be there."
-City of Victoria website, 2009
You're not quite at the end of this discussion topic!