Oh yeah, the growth is great, but context matters.

Toyota makes just one car model at 1.2 million units per year, and Musk is saying he's going to outpace that in 18 months with his Model Y, while currently building 500,000 cars per year, total.

Toyota has been building that same model for over 50 years though. you think they’d have a bigger lead. and today I can walk into a dealer and buy one to take home today. Tesla has sold every single car before they even start building it. The only reason Tesla is stuck where they are is because they need more factories. two of which they are building now.

There is some context for you.

The real context is Toyota outsells Tesla by 22x.

You're drinking Tesla's Kool Aid a little too quickly, you gotta slow it down.

and investors that are smarter than you and I value Tesla 3x over Toyota.

Yeah, I don't think that's all that smart, though.

Rivian Automotive Inc., the maker of electric pickups backed by Amazon.com Inc., has filed for an initial public offering and is seeking a roughly $80 billion valuation, according to people familiar with the matter.

The Irvine, California-based startup submitted its S-1 registration to the Securities and Exchange Commission last week, said the people, who asked not to be identified because it was filed confidentially. The company would like to do an IPO around Thanksgiving, though the timing will depend on approval from the SEC.

A listing at the valuation Rivian is pursuing would be one of the biggest-ever market debuts for an auto company. With $10.5 billion raised from backers including Amazon and Ford Motor Co., an established factory in Illinois and thousands of reservation holders for its R1T truck and R1S sport utility vehicle, Rivian is among the most serious competitors lining up to take on electric-vehicle leader Tesla Inc.

if it goes it’ll top Ford and GM in valuation.

Presumably, as Tesla and other automakers do when they have supply constraints, the company is putting its highest-margin variants at the head of the production schedule.

Miami-Dade just got one step closer to a future filled with driverless vehicles.

For now, passengers who order up self-driving Lyfts will not be alone in the vehicle: A safety driver ready to take over the wheel, as well as a technology monitor, will be in the front seats. Choosing a so-called “robotaxi” comes at no extra charge, and there are no preset routes.

Waymo, the self-driving vehicle company under Alphabet, has launched a robotaxi service that will be open to certain vetted riders in San Francisco.

On Tuesday, the company officially kicked off its Waymo One Trusted Tester program in the city with a fleet of all-electric Jaguar I-PACEs equipped with the company’s fifth generation of its autonomous vehicle system. This AV system, which has been branded the Waymo Driver, is informed by 20 million self-driven miles on public roads and over 10 billion miles driven in simulation, according to Waymo.

I think this is where Elon's hubris may have got the better of him. Stacked head to head, Rivian is a far more practical vehicle than the Tesla Cybertruck.

Rivian is a far more practical vehicle than the Tesla Cybertruck.

Cybertruck is about getting attention, practicality is a secondary consideration.

the 150 being the best selling truck of all time.

I think this is where Elon's hubris may have got the better of him. Stacked head to head, Rivian is a far more practical vehicle than the Tesla Cybertruck.

Not sure how you can say that:

Rivian despite being around since 2009 has never produced a vehicle for sale yet and has no charging network.

So not sure at all how successful they will be. They have had some great funding - because everyone wants to be the next Tesla.

Now Rivian does have 100,000 Amazon delivery truck orders - and Amazon is a huge investor. So it’s yet to be seen if they have to prioritize those trucks over the consumer trucks when they are faced with a choice like the chip shortage.

The rivian is also a $73,000 truck with all of 5 service centres nationwide is the USA.

and again no dedicated charging stations.

it’s quite possible that facing those issues means few of the 50,000 $100 preorders have firmed up their purchase. apart from dedicated fleet trucks guys that buy trucks at that price tag might like to take them on the road for vacation. that’s harder with no charging stations.

Stacked head to head, Rivian is a far more practical vehicle than the Tesla Cybertruck.

how can you even say that?  there they are.  stacked head to head.

how can it be more practical with no charging network and only 5 service centres in the USA?

but here are the head to head stats - not sure how it beats Tesla here at all.  Tesla has double the cargo weight capacity and 2 feet longer box.  Higher clearance and lower price.  0-60 and top speed are not really "practical" considerations. Bollinger says its pickup and SUV will each cost $125,000. A chassis-cab version of the B2 (with an empty rear end for commercial fitment opportunities) is $110,000. 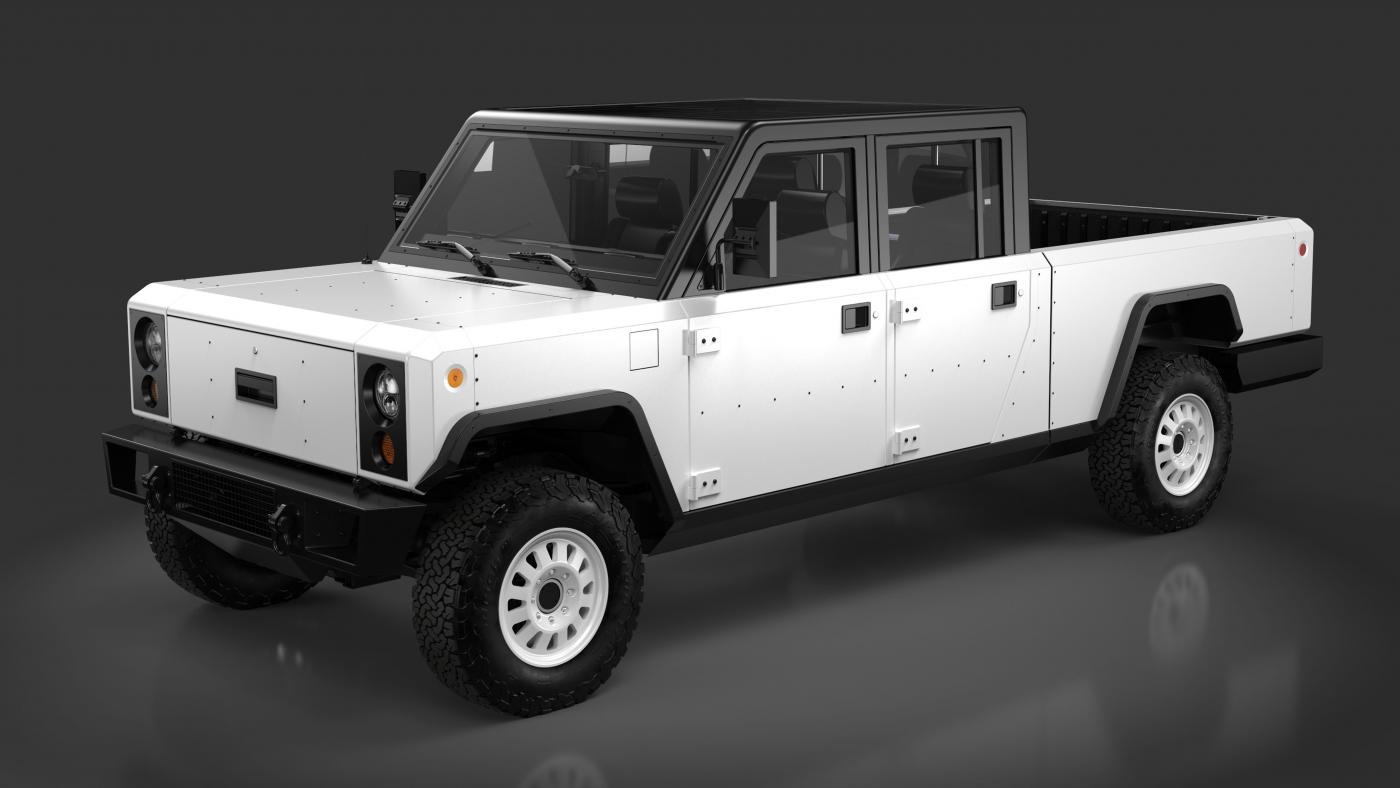 Tesla CEO Elon Musk tweets that Beta 10 of the company's driver-assistance software might only be a week away.

Yep, we drove it. Are you ready for the electric truck revolution?