Tesla has filed with the city of Austin to expand Gigafactory Texas with a giant new 500,000 sqft building at the site.

Now Gigafactory Texas is already giant. It’s already one of the biggest buildings on Earth.

The current building is equivalent to about 15 city blocks or three Pentagons as CEO Elon Musk said earlier this year.

It offers just over 4 million sqft of space and fits about 338 million cubic feet of volume.

But regardless of how big it is, Tesla still has plenty of room to expand at the location since the project currently sits on a 3.3 square-mile piece of land.

Tesla delivered 254,695 electric vehicles in the second quarter of 2022

Tesla was hamstrung during the period ending June 30, 2022, by parts shortages, supply chain snarls and Covid restrictions that forced China’s Shanghai factory to close or operate only partially for weeks.

VIDEO:  A Tesla Model S Plaid reached 216 mph at a Canadian airfield earlier this week. The Plaid was modified by Ingenext, an EV tuning company based in Trois-Rivières, Canada. Ingenext removed the Plaid's software limiter to see its true top speed potential and they were not let down.

Although Tesla's website claims the Model S Plaid has a 200 mph top speed, that is not achievable with current software limitations. For now, the stock Model S Plaid has a 175 mph max speed. When it first launched last year the Plaid's top speed was capped at 163 mph. However, it was increased by 12 mph in a January software update that also saw the addition of a Track Mode.

That said, Ingenext's Plaid comfortably reached 200 mph before eventually topping out at 216 mph. Such speeds are typically achieved by supercars, not 2-ton sedans. For example, the Lamborghini Aventador SVJ also has a top speed of 216 mph. Meanwhile, the McLaren P1 (one of the most iconic hypercars of the 2010s) has a 217 mph max speed.

Ingenext used a 1.8-mile runway at Trois-Rivières airport to achieve the feat. As well as removing the limiter, Ingenext equipped its Plaid with Mountainpass Performance brakes and Michelin Pilot Super Sport tires. Besides those adjustments, the Plaid was entirely stock. The person behind the wheel was actually Ingenext's CEO, Guillaume André.

The Las Vegas City Council on Wednesday approved plans for the Boring Company’s Vegas Loop to extend from the resort corridor into downtown Las Vegas.

The council unanimously approved the monorail agreement for the project, paving way for the underground transportation system featuring a fleet of Teslas to include five initial downtown stops.

The agreement, good for 50 years, will tie into the system that is planned for Clark County’s jurisdiction that include several Strip properties and Allegiant Stadium.

The Vegas Loop will be a 34-mile tunnel network with about 55 stations including Harry Reid International Airport and Allegiant Stadium. Around 5 miles of tunnels and at least five stations will be included in the downtown area.

The downtown stations include The Strat, Fremont Street Experience, the Slotzilla attraction, the Garage Mahal at Circa and the Plaza. Other stations could be added in the future, including in or near the Arts District. 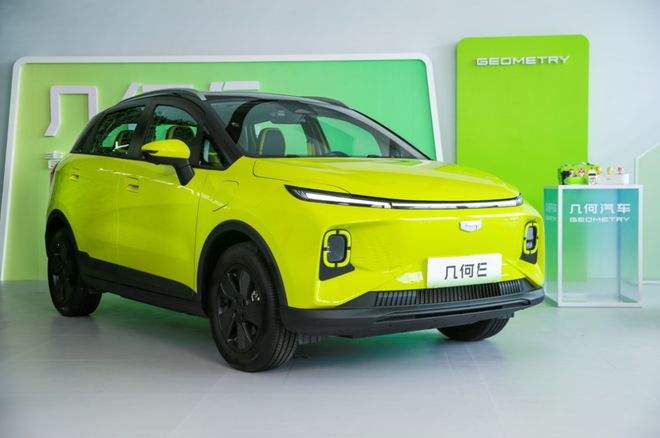 ^^ Just my opinion….that is one butt ugly car.

Starting to see it at the charging stations now. Lots of EV owners I know complaining that they can never find a place to plug in without long waits.

I’m almost sure I’d never buy electric without either work or home charging.

Starting to see it at the charging stations now. Lots of EV owners I know complaining that they can never find a place to plug in without long waits.

That's part of the charm, they said. It gives you time to enjoy lunch on the road, they said. Do some shopping while you wait, they said.

After the 20th charge, the charm is gone. You're not going to spend $30 on lunch just to charge the jalopy. You've already done all the shopping you can do. And now you're going to be late for your appointment (again).

It’s got a 300km+ range, no need to charge the jalopy save for long road trips.

It’s got a 300km+ range, no need to charge the jalopy save for long road trips.

Sure but then you charge to 90%, lose 10% off of model efficiency and start to get range anxiety if you drop below 50km.  Makes your distance between charges a lot less than 300km.

Well, model 3 and Y - the most popular models in North America - both get over 500 kms range.

I’m not sure it’s an issue, except psychologically.

^^ Just my opinion….that is one butt ugly car.

Most all-electric cars are, either inside, outside or both.

Well, model 3 and Y - the most popular models in North America - both get over 500 kms range.

I’m not sure it’s an issue, except psychologically.

Most new EVs fall 25%-40% sort of their rated range in the winter as an example.

Level 2 charger at home (more than enough juice to charger overnight)
Level 2 charger at my office (never use it but it was only $500 so why not)
Supercharger opened at Uptown (if for whatever odd reason I forget to charge at home or at office I just go grab some groceries and get a 100% charge)
Supercharger opened in Naniamo and many other locations in BC and Washington. I've made trips to Portland and Kelowna zero issues. Keep in mind the newer Teslas have 50% more range them my old beater so you can skip a lot of superchargers.

Yes it would be annoying to drive to Toronto but I've never driven to Toronto and never would.

tommy is with Marko here

all electric since Dec 2017 and no range anxiety ever

plus i think my eGolf and I.D.4 are pretty good looking  ;-)

CATL already has super-fast charging technology that can charge up to 80 percent in as little as 5 minutes, the largest Chinese power battery maker said today in an online exchange with investors.

The company didn't announce much more about the technology. Its official website already shows a description of charging to 80 percent in five minutes.

June saw plugin electric vehicles take 21.6% market share in the UK, up from 17.2% YoY. This despite a temporary availability shortfall, stemming from pauses at Tesla Shanghai. Overall auto volumes were at 140,958 units, the weakest June since 1996. The Tesla Model Y was the best selling plugin in June, and the 2nd best selling vehicle of any powertrain. 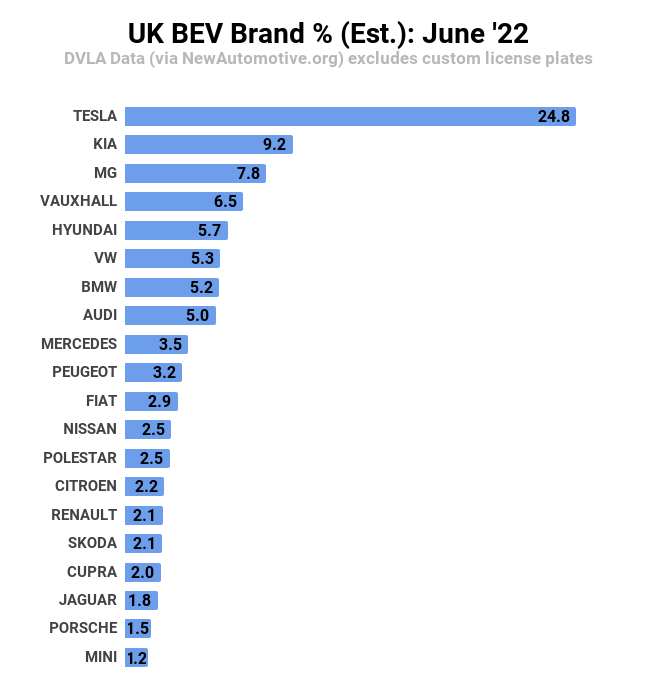