Fresh off the shocking success of the first-ever Ford F-150 Lightning, an AutoForecast Solutions (AFS) report says it thinks the next generation of the EV pickup truck has a production start date of August 18, 2025. AFS predicts a slight 16-week production overlap between the current-gen truck, expected to be produced until Christmas Eve 2025, and its next-gen successor.

Sadly, for Canadians, and our cousins due south, that excruciating wait will last more than another 18 months, as the ID. Buzz won’t be in showrooms here until 2024. 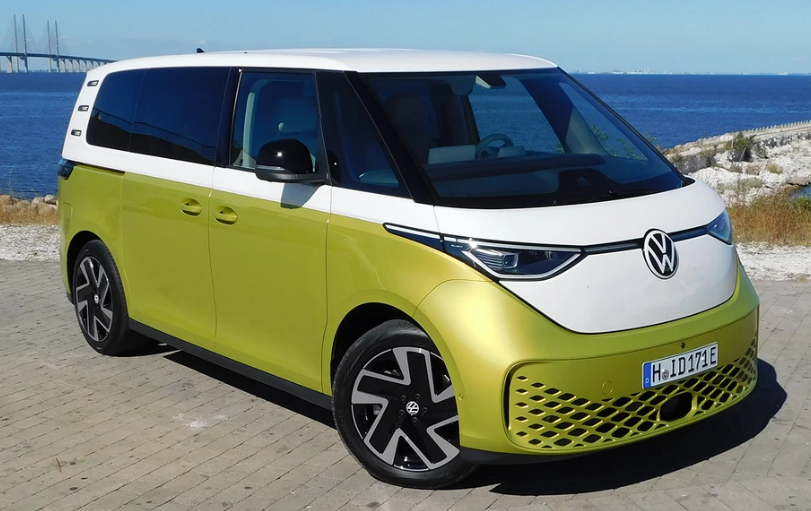 Tesla also revealed that the Cybertruck is on track to begin production later this year, and that its next-gen platform is under development, with more details coming at its investor day on March 1. As for Cybertruck, Musk noted "Cybertruck will not be a significant contributor to the bottom line, but it will be next year." Musk clarified that Cybertruck production would begin this summer, but volume production would be coming in 2024.

Analysts had said Tesla’s profitability gave it room to cut prices and pressure rivals. The company’s US$9,000 in net profit per vehicle in the past quarter was more than seven times the comparable figure for Toyota Motor Corp. in the third quarter. But it was down from almost US$9,700 in the third quarter.

The company is relying on older products but Tesla said its Cybertruck, its next new electric pickup truck, would begin production at its Texas factory later this year. It said it would detail plans for a “next-generation vehicle platform” at its investor day in March.

Analysis: Tesla uses its profits as a weapon in an EV price war 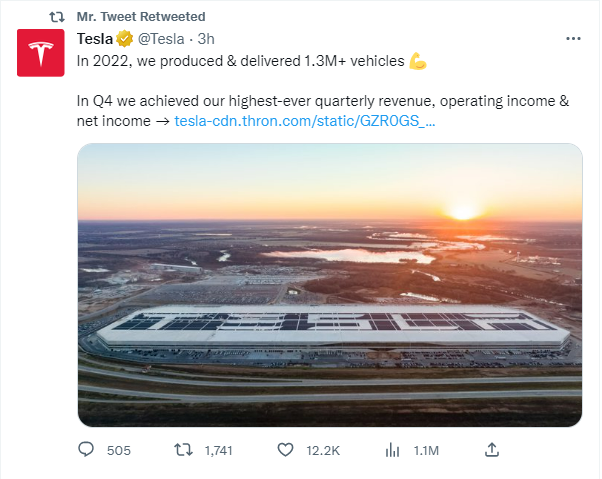 Wowzers. Could this thing be heading for a trillion dollar valuation?

Wowzers. Could this thing be heading for a trillion dollar valuation?

I hope so now I'm back in

Tesla, one of the world's most valuable car makers, has reported its largest quarterly net profit driven by record vehicle deliveries between October and December as revenue soared.

The company’s net profit jumped 59 per cent annually to reach about $3.7 billion in the fourth quarter of 2022, from the same period a year earlier.

This is the 14th straight profitable quarter and the seventh consecutive three-month period with more than $1 billion in profit for the world’s biggest EV maker.

Total revenue during the quarter jumped 37 per cent to more than $24.3 billion, exceeding analysts’ expectations of $24.1 billion.

This was the ninth time in a row the company reported $10 billion or more in sales. This was also about 13.3 per cent up on a quarterly basis.

The Nasdaq-listed company's stock price surged about 5.5 per cent in after-hours trading to $152.35 on Wednesday. In regular trading hours the shares gained about 0.38 per cent and settled at $144.43. 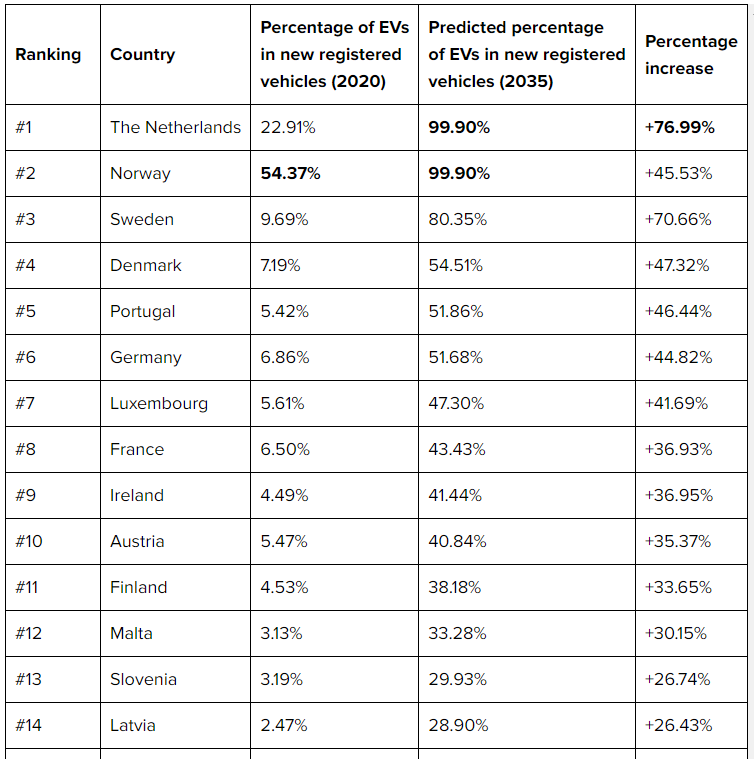 So Musk says they can build 2,000,000 cars this year if everything goes perfectly. 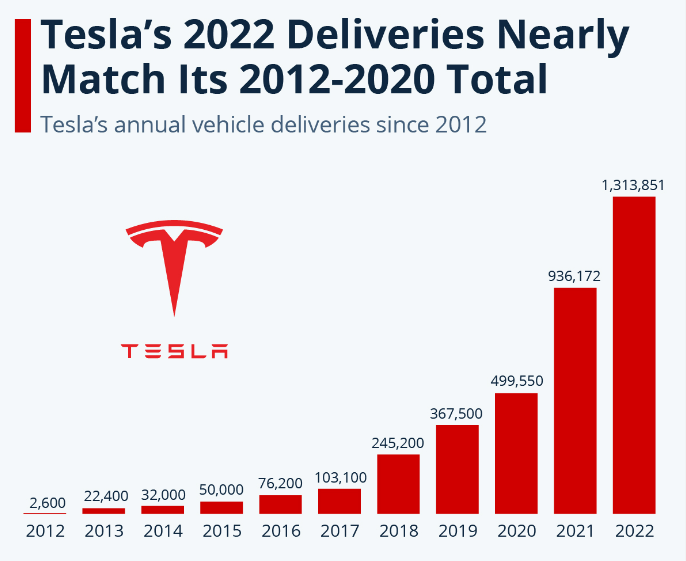 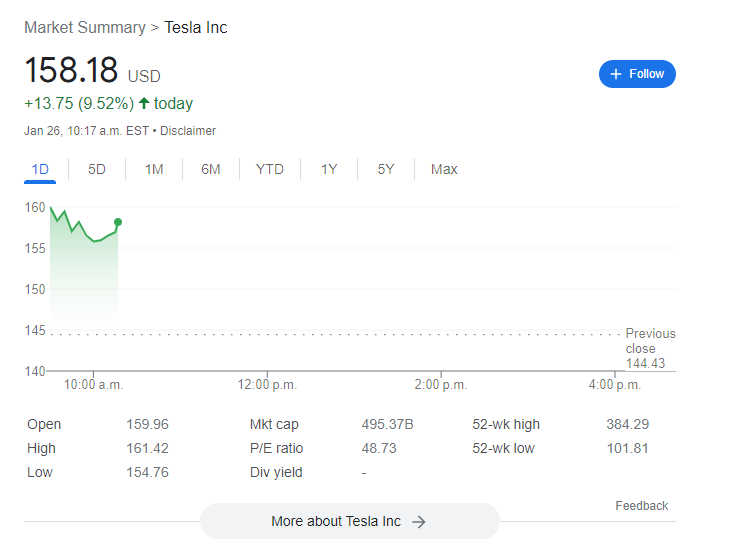 So Musk says they can build 2,000,000 cars this year if everything goes perfectly.

When in any period of history has everything gone perfectly?

He also said it’s hard for everything to go so well. So he is not promising that number.

Sounds like he has some goodies to unveil at investor day coming up. 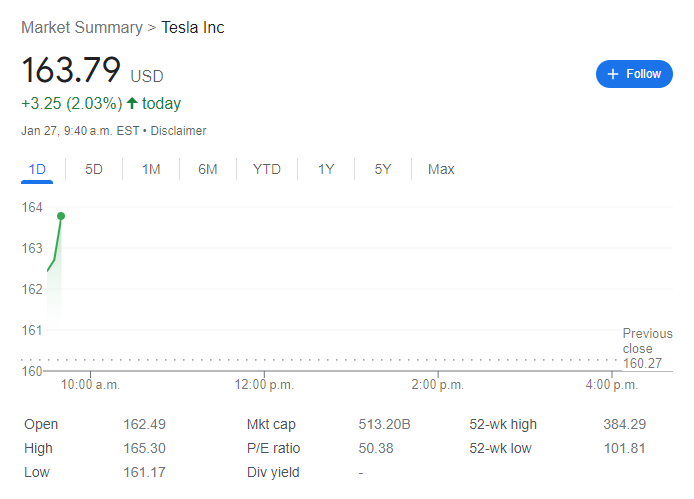 One bit of news from the other day, CyberTruck mass production will not start until 2024.  But models will be produced this year.

Futures are valuing this thing at $800. 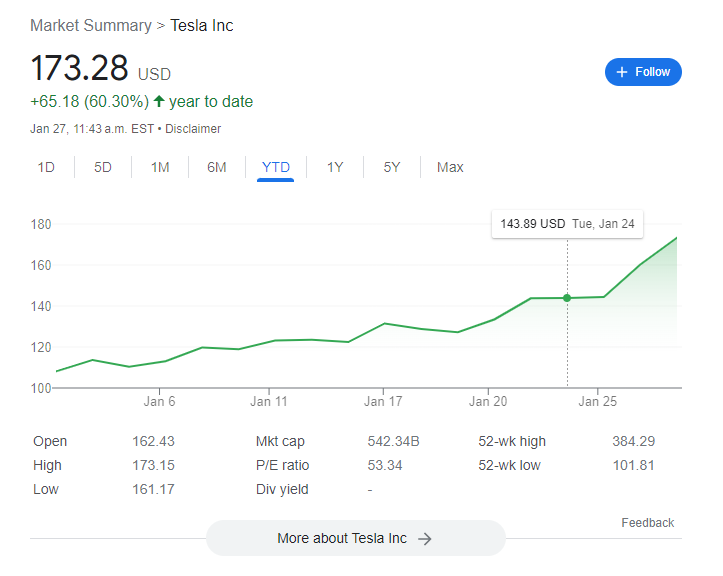 Fingers crossed! I got some ground to make up! WEED has tanked!