this photo really is good. 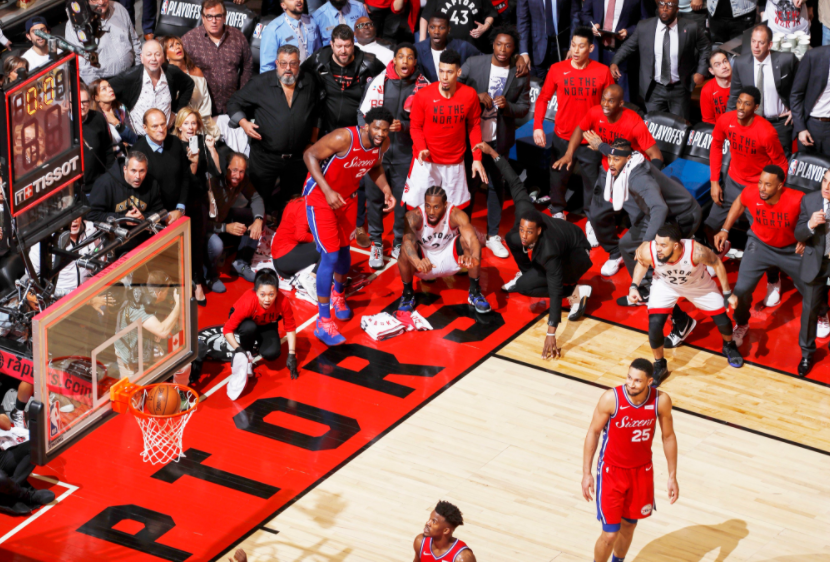 The NBA took a major step toward getting back on the court Thursday, with the league's Board of Governors approving a 22-team format for restarting the league season next month at the Disney campus near Orlando, Florida.

The vote was 29-1, with Portland casting the dissenting vote, said a person with knowledge of the situation. The person spoke to The Associated Press on condition of anonymity because the league did not publicly release voting details. The National Basketball Players Association has scheduled a meeting for Friday to vote on the plan.

Teams would arrive at Disney around July 7 and play an eight-game slate of games starting July 31 at the ESPN Wide World Of Sports complex. All teams will stay, practice and play at Disney and the NBA Finals — which would have started Thursday if not for the coronavirus pandemic that caused the NBA to suspend its season on March 11 — will likely stretch into October.

not sure if this is still on schedule.


Once the seeding round concludes on Aug. 14 and the play-in games (if necessary) are finished on Aug. 15-16, the opening round of the playoffs start on Aug. 17. The conference semifinals are scheduled to begin Aug. 31, with the conference finals starting Sept. 15.

that's a lot of goals.

The Toronto Raptors beat the Brooklyn Nets 150-122 to advance to the next round of the NBA playoffs. They will face the Boston Celtics next.

players have decided to resume playing.  not even sure what the whole thing was about.  cabin fever maybe.

When asked what the Bucks could do from inside the bubble, Hill didn't mince words, either.

"We can't do anything," he said. "First of all, we shouldn't have even came to this damn place, to be honest. I think coming just here took all the focal points off what the issues are. But we're here, so it is what it is. We can't do anything from right here, but I think definitely, when it's all settled, some things have to be done.

It's also been nearly two months since teams entered the bubble -- and in the case of the Raptors, more than two months since they arrived in Orlando because of border issues that prevented them from holding training camp in Toronto -- which has been a tiring experience for all.

Clippers star Paul George spoke this week about struggles he has had with his mental health, saying, "The bubble got the best of him." For players in the second round of the playoffs and beyond, their family members and friends who have been approved to enter the bubble have begun quarantining, and could join them sometime next week, depending on when teams officially advance and when they are allowed to enter.

paul george earns $33 million per year.  i'd hate to see how these guys would fare in the military on a 6-month tour.

When I think what guys who were in WWII went through, this seems pretty cushy. My husband's father was badly injured in North Africa by an American bomb dropping on them! Away from Canada for years. Ended up losing an eye.

In an impassioned outburst, Stephen A Smith made the sensational claim that Steve Nash’s appointment as the Brooklyn Nets head coach is a matter of white privilege.

Stephen A did not miss out on the pleasantries. He prefaced his controversial statement with his liking for Steve Nash as a player, a person and as a basketball mentor. He then went on to talk about how he feels that black people see a glass ceiling in their various walks of life. He thinks that is a major cause for them taking to the streets in the BLM movement.

Jason Whitlock, a former Fox Sports writer who currently runs a website called Outkick the Coverage, took the unorthodox step of calling out the most celebrated player in basketball today for his stance on the Jacob Blake shooting.

LeBron James spoke about the incident, which happened 3 days ago in Kenosha, Wisconsin, following the Lakers’ blowout 135-115 win over the Blazers in Game 4 of their first round series. In the post-game interview, James said he and his teammates are ‘scared as black people’.

As Fox Sports affiliates are wont to, Jason Whitlock has a knack for the dramatic. But in this case, his words seem to throw light on the issue from a different and a genuine angle.

“I’M BLACK. I’M NOT SCARED. I’M NOT TERRIFIED. NEITHER IS LEBRON JAMES. HE’S LYING. HE AND THE POLITICAL ACTIVISTS CONTROLLING HIM WANT BLACK PEOPLE TO IMMERSE THEMSELVES IN FEAR. FEAR IS A TOOL USED TO CONTROL PEOPLE. IF YOU COMPLY WITH POLICE INSTRUCTIONS, THERE IS VIRTUALLY NO CHANCE OF AN AMERICAN CITIZEN BEING HARMED BY POLICE.”