I wonder if some have fled the area to avoid police, who became acquainted with them. I heard from one cop that for some people Victoria was too small, and encounters with police too frequent. You can hide easier in Vancouver and Edmonton.

Oh! That’s exactly what I said originally (wishful thinking then): Victoria is too small to get in trouble and remain under the radar. Also not many people to bum off compared to larger cities. For once, I’m thrilled to be right!

So why do we still allow camping in parks?

Also, any idea where those people went?

They were never there.

If you follow the PIT counts closely, only a small fraction of the 1,300 homeless people were actually homeless. I think the number was something like 130 who were actually living on the street. The remainder we saw in parks were activists, criminals and induced demand. We created 500-600 spaces (at the expenses of affordable housing) which was more than enough to cover the need.

Most of the "temporary facilities" now have empty space. Although you and I would see that as a good thing, the poverty pimps must be terrified. Without having anything to rub our faces in they risk losing attention and new funds.


Ah, makes sense. The poverty pimps must be telling their clientele to act up a little more, make more of a scene, be more problematic.

That can be the only logical reason why we've seen such an alarming escalation of the types of physical violence lately, against children, seniors, etc.

NGOs get government (ie tax payer) funding, hence the activists need to keep it up, forever blowing things out of proportion.

luckily we declared an emergency a few years ago.  so nothing to see here.

As British Columbia marks five years since declaring the overdose crisis a public health emergency, its unprecedented toll continues to affect people in every part of the province.

According to the BC Coroners Service, 184 people died in July. The new numbers show the tragic impact toxic illicit drugs continue to have in the province. So far, there have been more than 1,200 lives lost in 2021 alone.

‘Paradigm shift:’ A non-police response to mental-health calls In Victoria pilot project, crisis situations will be diverted to medical responders

Victoria is moving ahead on a pilot project that would see calls for mental-health crises diverted to first responders with mental-health training rather than police officers.

The pilot project represents “a paradigm shift” for mental-health calls — from a criminal response to a health response, said Jonny Morris, CEO of the B.C. Branch of the Canadian Mental Health Association, which is leading the project.

Because police have become the default responders, people in crisis often end up in a jail cell or an emergency room, neither of which is equipped to deal with the underlying factors driving a crisis, Morris told councillors during a meeting Thursday.

A similar program in Eugene and Springfield, Oregon, called CAHOOTS, has been shown to divert money from more expensive medical care in emergency departments and save money on policing.

Of 24,000 calls CAHOOTS responded to in 2019, fewer than 150 required attendance by police, where people were violent to themselves or others, operations co-ordinator Tim Black previously told the Times Colonist.

Because police have become the default responders

It would be more accurate to say the police are the responders of last resort.  They are involved after the social workers and harm reduction have failed.

Here is Stephen Andrew's account of a morning spent shadowing bylaw officers on the mean streets of Victoria.

Here is Stephen Andrew's account of a morning spent shadowing bylaw officers on the mean streets of Victoria.

Great article. I want to thank Stephen Andrew for listening and caring enough to see what’s happened in our city .

Bless you Stephen. The first step of approaching any challenge is education and awareness. Your blog posts are that first step.

What you are showing us with your blog is that there is a need for change and a need for new ideas if we are going to reverse the growing discourse on our city streets.

The fact that this awareness is coming from a city council member, gives me hope that by validating that the problem is real, progress may be possible.

You will need the support of like minded council members at your side.

That will be our job at the ballot box.

“That’s a young lady who I’m told has the mental capacity of a 7-year-old”, he begins. I know the name of the woman and her history. She has been housed, but for some reason she is now back living in a park.

She has been repeatedly sexually assaulted. Police have tried to protect her, but her cognitive ability is such that she cannot provide a statement to Crown Counsel. By default, she has nowhere to go except the street.

“We leave her alone,” the bylaw supervisor tells me. “I mean, what are we going to do? There must be some compassion. She really should be in a facility for treatment and protection.”

But there is nothing. No treatment and no protection. So, she stays on the street. Police believe she is raped three or four times a day – mostly by older men also living on the street.

But there is nothing. No treatment and no protection.

that's rubbish.  this person should not be in a park.  she should be taken to a facility.  yes we have lots of them (such as seven oaks locally).

an adult "with the mental capacity of a seven-year-old" cannot live independently.   they need to be confined to a facility.

^ You need to ask yourself why is she not there then.

^ You need to ask yourself why is she not there then.

because nobody has stepped up.

they (police, social workers, medical staff) think they are showing compassion by leaving her in that state.  because they see an adult, like their peers.  but this person is seriously mentally challenged and needs to be treated as such.

of course she does not want to go willingly.  but if she is deemed unable to make that decision it must be made for her, before she ends up dead.

Police believe she is raped three or four times a day – mostly by older men also living on the street.

good thing we are showing her compassion.

so she is raped 90 to 120 times per month and nobody has been arrested?

maybe cops are busy on the luggage cart case?

let's say for example a 7-year-old child was raped every day at school - 3 to 4 times daily - but was unable to put together a statement for crown counsel.  we'd just carry on?  nothing we can do?

^ Hence the need for change.

I agree with you wholeheartedly.

There is a disfuctional woke mindset within our authorities having jurisdiction that needs to change.

We also have an abundance of addicts that are killing themselves every day by using drugs.

If the drugs don’t kill them on any given morning …they just watch the sunrise come up over the curb.

We are not doing anything to change that either.

What's the backstory on this unfortunate girl?

Where is she from?

Was she born and raised in Victoria, or was she enticed to travel here on the promise of free accommodations, free food, free drugs, and a caring and considerate City government?

Who assessed her as having the mental capacity of a 7 year old?

These kinds of stories deserve serious reportage in order to make sure we have a full understanding of the situation.

Anecdotes are easy ... but it's only the real facts that will explain this girls situation, and be able to relate it to what's currently going on in the downtown core.

It's fine to decry her treatment (which sounds horrific), but she, and all who might care about her deserve her full story.

We’ll see if Cap Daily pursues this story, like they do stories pertaining to other social issues in the city.

We’ll see if Cap Daily pursues this story, like they do stories pertaining to other social issues in the city.

Lest anybody think I might lean towards being heartless towards unfortunate souls like the girl referenced above, nothing could be further from the truth.

I think what is heartless though, is for those in positions of power, those who harbour the innate potential to actually move towards fixing the issues plaguing downtown Victoria ... when those folks are in any way painted as not having clearly understood how "bad" things really are in downtown Victoria (and its surrounds with the hotel/motel accommodation scenario spreading the trouble more widely).

Mayor, Council, VicPD, Vic By-Law, First Responders be they Vic Fire or B.C. Ambulance Service ... these folks all know how bad it is, and they've known how bad it is for years now.

Bureaucrats, and safety, health and security professionals can't do their jobs if they're being endlessly hampered by agenda laden politicians at every turn, politicians some of whom don't actually live in the COV, and all of whom (with the exception of Stephen Andrew) choose to willfully turn a blind eye to the misery and inhumanity of what's actually going on downtown. 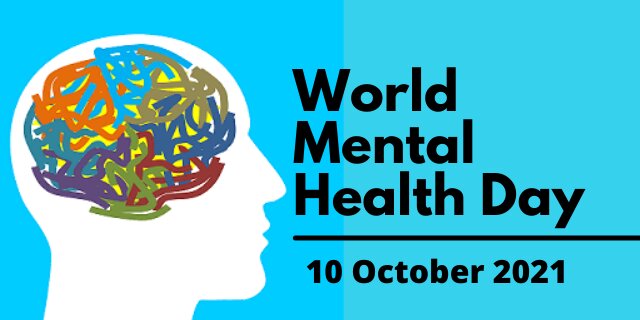